You are here:
Home / 10 Things Only Fans Of The Series Noticed In One Piece Odyssey

One Piece Odyssey is a turn-based RPG by ILCA. It fully realizes many characters and locations from the manga and anime while telling a wholly unique story along the way. Written by the author of the manga, Eiichiro Oda, One Piece Odyssey captures the charm and charisma of its source material.

Fans of the series will be particularly pleased with the plethora of minor references found throughout the game. Several events are also foreshadowed if you're savvy enough in the series' pirate-lore. The Easter eggs and hints start early, so it's time to set sail into 30-40 hours of fan-service.

Warning: Spoilers for One Piece Odyssey ahead!

10 Wanted Posters: Devil's In The Details 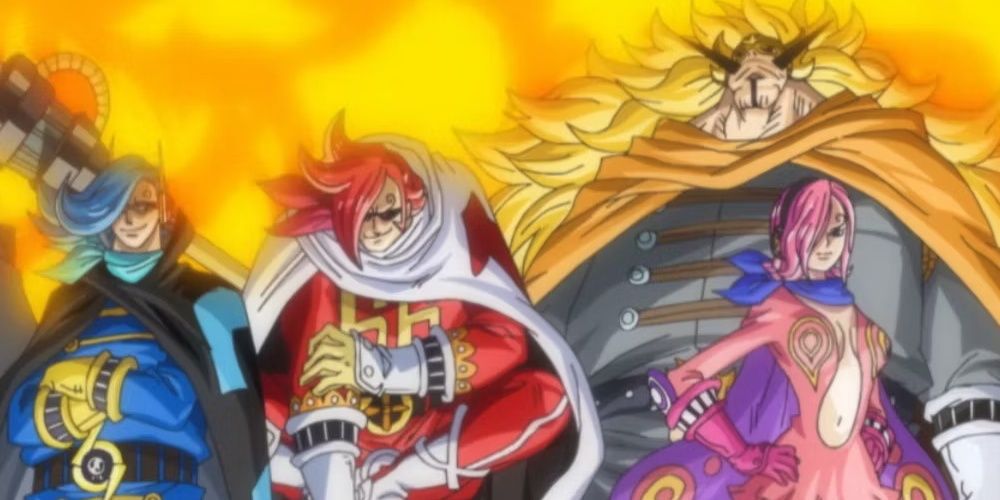 In the game, there are several opportunities to engage in light bounty hunting. This was Zoro's occupation when he first met Luffy, and bounty hunters almost immediately dropped out of the series afterwards. It's nice to see this concept expanded upon in a world where criminals have active bounties.

The bounties themselves are all tied to the history of One Piece. Each bounty has text describing how they're related to various side characters. The most memorable may be the fake Germa 66. The story explains that a group is imitating the looks and actions of Sanji's family, but what might be overlooked is how each bandit uses items to emulate each family members' abilities. 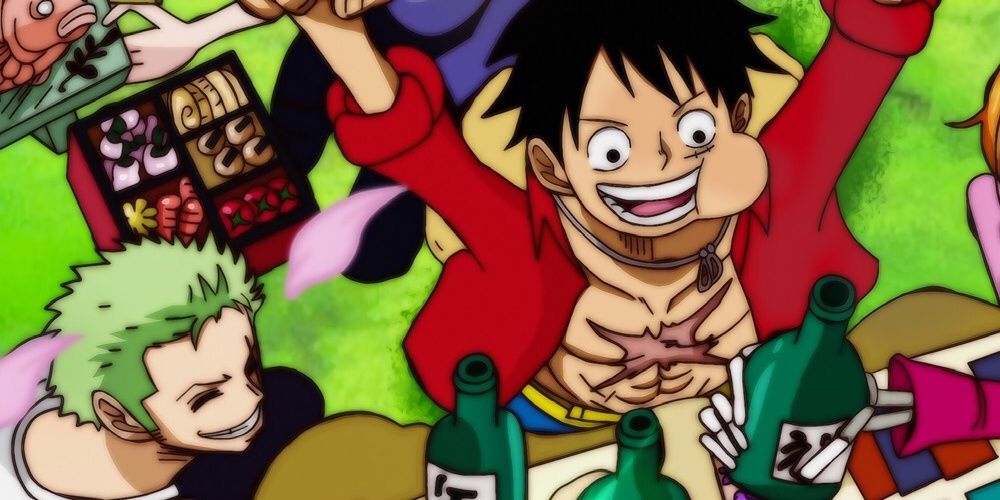 It's a One Piece and Straw Hat tradition to have a party at the end of each arc. The villain has been defeated, the town has been saved, and Luffy is hungry. Odyssey upholds the tradition and expands upon it. Any bonfire location can be used to host a party.

Parties refill the crew's health, and it's a delight to experience a Straw Hat party first hand. In addition to healing the crew, Chopper will perform one of his signature dances from the anime. He looks like a drunk reindeer doing a jig, but he's having fun.

8 A Secret Power: Damsels In Distress 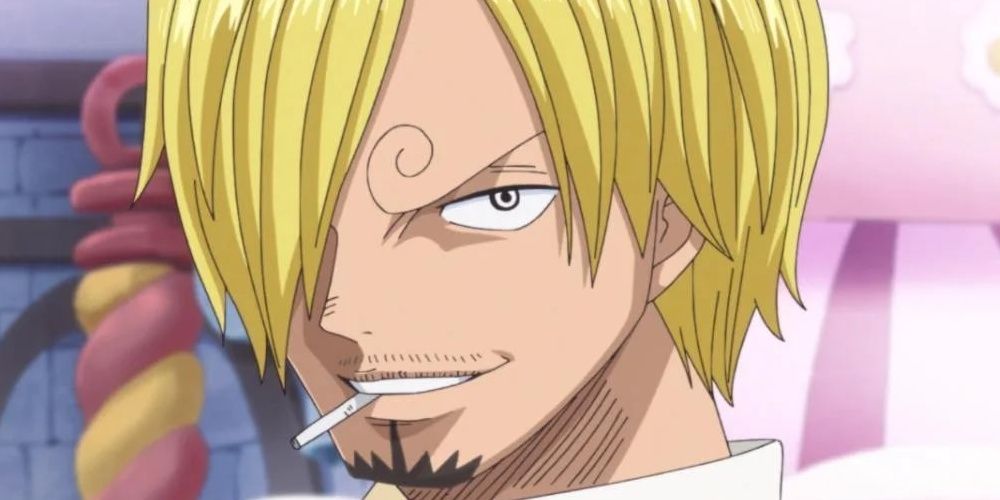 Sanji has many powers. He's the chef. He's a combatant. He's also one of the crews tacticians. He does have one other power, however. Sanji can sense when women are in danger. This is not a gag. Fans of the series will remember in Wano when Sanji finds the enemy because he senses a woman in peril. This power has yielded results.

A small nod to this recently developed ability is made in Alabasta. In Crocodiles casino, there are several locked doors, with one of them prompting Sanji to say, "Gasp, I hear beautiful damsels up ahead." He claims he "hears" them, but to fans, this will be all too familiar.

7 A Lightning Rod: Luffy Is Not 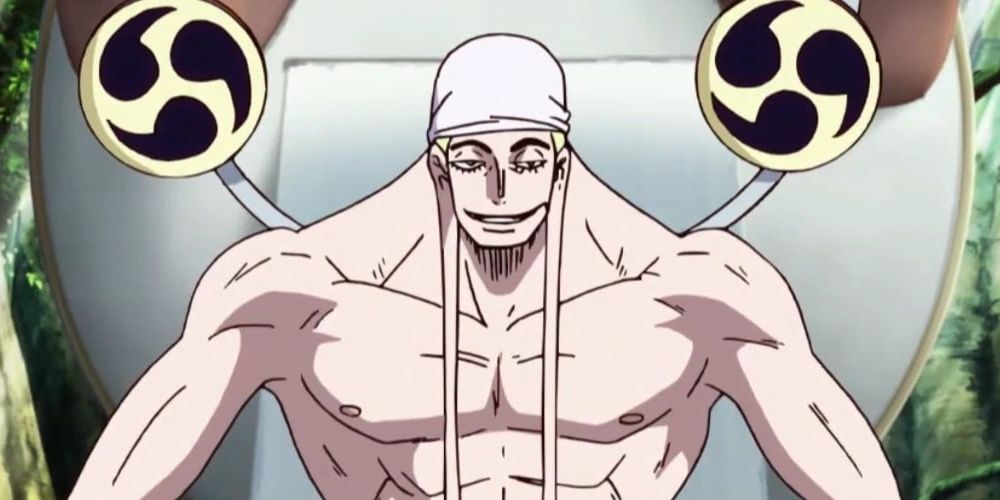 Luffy is made of rubber. Rubber does not conduct electricity. This has been utilized for comedic affect in the series, and it's a moment any fan can recall with great detail. It resulted in one of the most famous panels from the series; the Enel Face. So you should get ready for a repeat as the crew approaches a lightning centric ruin.

The game doesn't capture the comedy of Luffy being struck by lighting, only to walk it off as if he'd been brushed by a breeze, but it is a moment fans will see coming. As the crew ascends to the ruins many of them are filled with anxiety, but the tension is cut with chainsaw when, oh right, Luffy is rubber. It's an old joke, but one fans will be happy to see return. 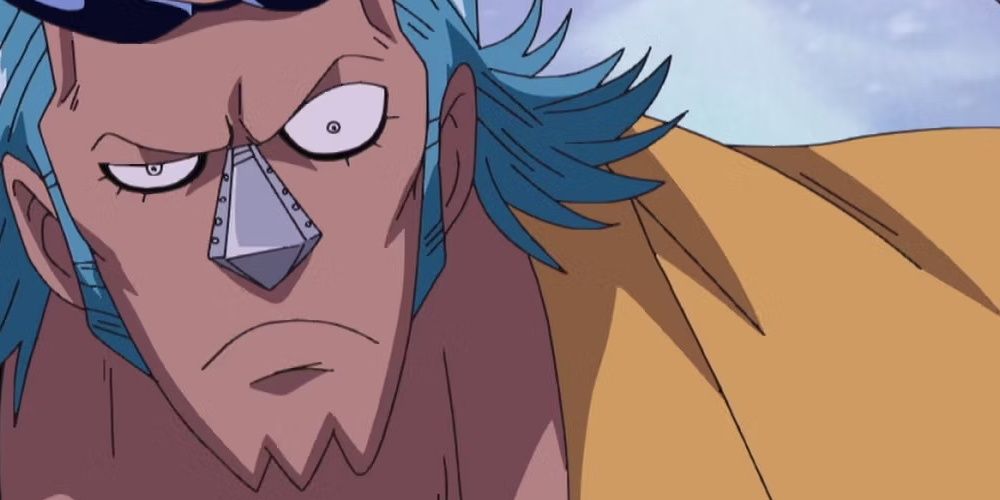 Odyssey implements a hefty accessory system to customize characters. They're scattered across the various worlds as the crew explores, and the purple rarity accessories are mostly references to the series. Be it a piece of clothing or a weapon, it seems the worlds inhabitants are leaving their belongings behind with reckless abandon.

Fans of the series will recognize most of these. Crocodile's jacket and Rob Lucci's hat can both be found. The funniest however is Franky's old Speedo. He just left it behind. It wasn't useful to him anymore. It will still be useful for you though, as it provides a surprising amount of defense for a piece of swimwear. 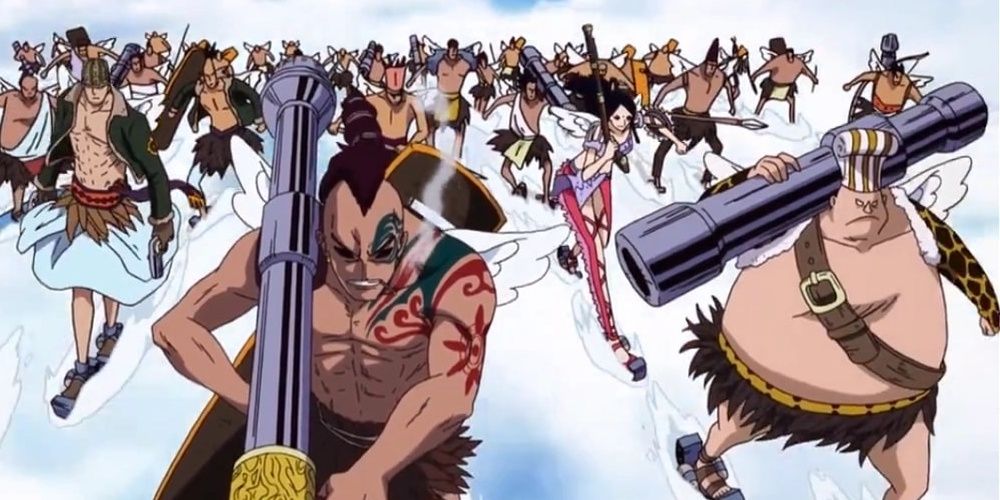 Adio's tattoos are the first piece of foreshadowing the game throws around. To a savvy fan, these tattoos should look familiar. To the uninitiated, they might be overlooked, but they're heavily reminiscent of Shandian tattoos from Skypiea.

Adio's relationship to sky islands and the skypeople is supposed to be a reveal. However, fans of the series may only get a few minutes out of this mystery. This will also prime fans to be more attentive. When secrets are placed in front of you only minutes into the game, you begin to look more carefully.

4 Pell: He's Not Supposed To Be Dead 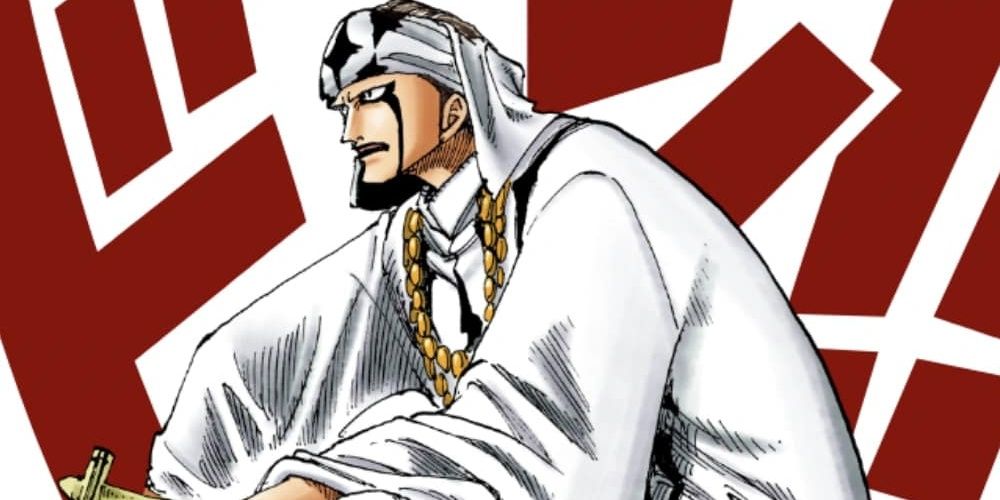 Fans will get a real kick out of this one. In the plot of Alabasta, a bomb is about to destroy an entire town. The solution was to have a bird-man fly the bomb as high as possible to sacrifice themselves while saving everyone else. This hero, Pell, heroically gave his life to save a nation.

Except, he actually didn't. The game says this is what happened, but it's far from the truth. Fans of One Piece know that no one dies. Okay, mostly no one dies, but that's the joke. People don't die in One Piece. Pell is no exception. In the actual story, he miraculously survives the explosion. No explanation is given. He just didn't die, and this was years before Christopher Nolan's Batman trilogy would pull the same shtick. It'd be a funny moment if the characters didn't spend it grieving a death that didn't happen. 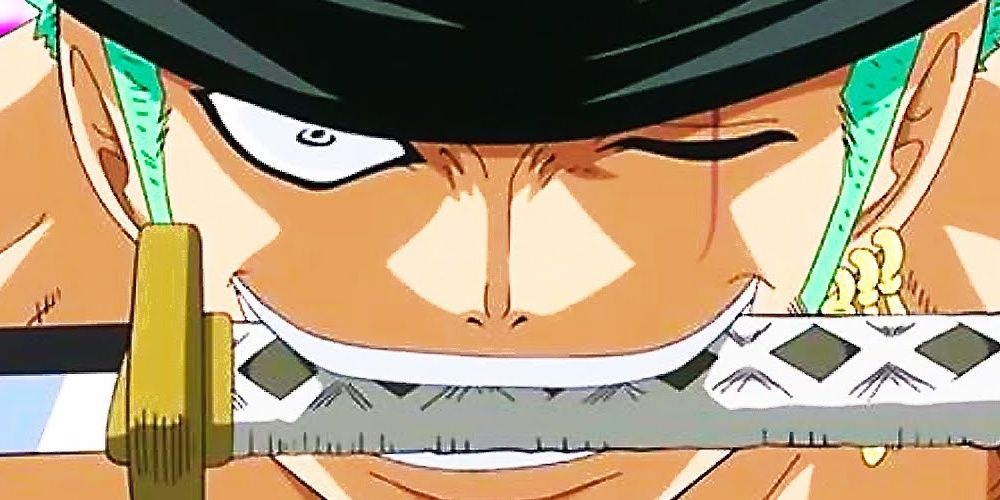 This is a call back to the early days of the series. Before ever entering the Grand Line, the crew was gallivanting around East Blue beating up ruffians and foiling scallywags. However, one encounter went famously south. This of course is referencing Mihawk's assassination of Zoro's win streak.

Fans will hear a nostalgic call back from this fight if they play with Luffy in Zoro in battles. After a battle Zoro may declare that he will become a "master swordsman," followed by, "is that okay with you, King of the Pirates?" Zoro declared this same thing to Luffy after his loss to Mihawk. If he wants to claim to be on the Pirate King's crew, he can't lose again.

2 The Marine Den Den Mushi: A Hint For Keen Eyes 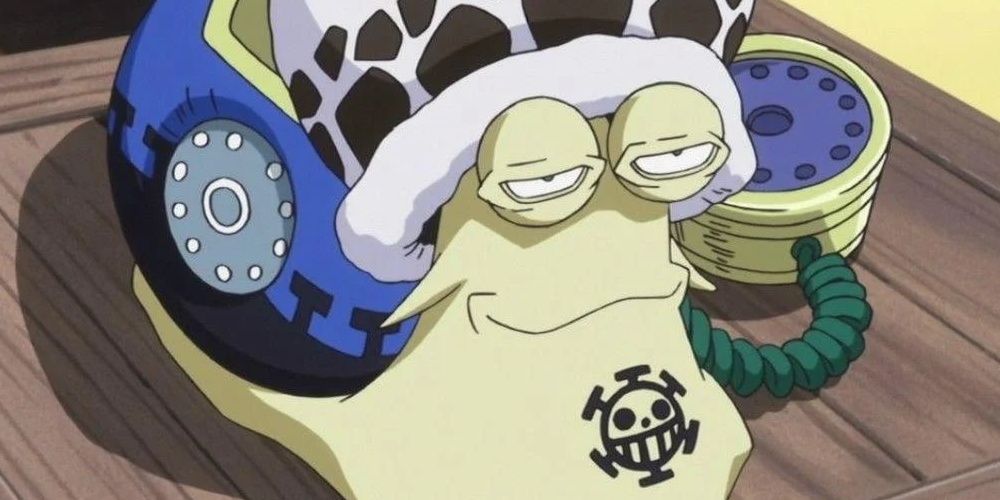 This is another moment of foreshadowing extremely early on in the game. After the crew clears their first major dungeon to collect cubes, there is a cutscene of Adio listening to a Den Den Mushi. It's difficult to tell who he's listening in on, and it's even harder to tell why.

Despite not being able to gleam much, this scene does reveal one major piece of information: Adio has a connection to the World Government and the Marines. The Den Den Mushi Adio is using is a Marine Den Den Mushi. Yellow with a white shell and two blue stripes. While Adios relationship to them isn't one of friends and ice cream socials, it's still a huge hint towards Adio's backstory. 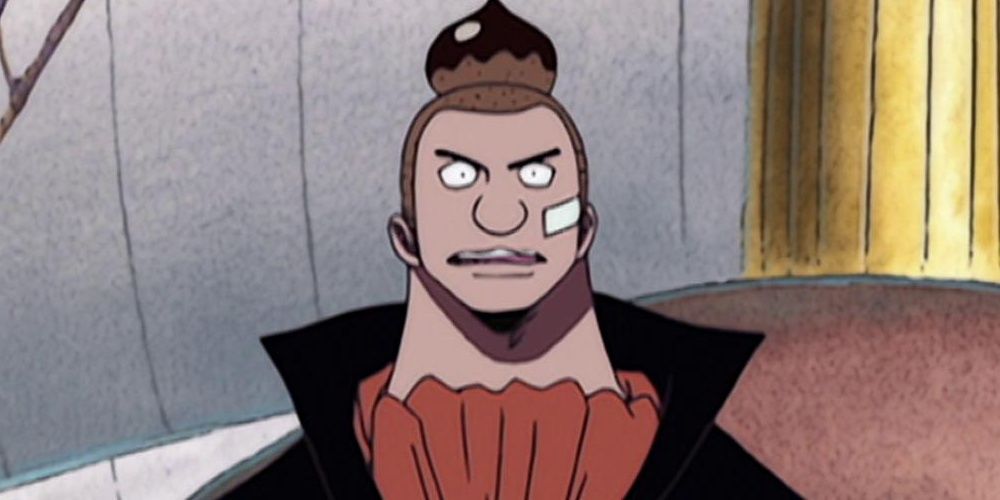 Skypiea is a heavily underestimated arc in the hive mind of the fanbase. Unlike most arcs, it doesn't have a villain or conflict that applies to the rest of the world. The problems of Skypiea are Skypiea's alone. Yet, as time goes on, more themes and details from the arc appear to be central to understanding the Void Century.

Funny then, that Nolands book would be found in Adio's house. Upstairs and on a desk sits a copy of this little book. It's a funny Easter egg, but fans should know better. Skypiea is too important for this reference to be just that. A reference. A conscious fan would be rewarded too, as Adios relationship to sky islands is revealed over the course of the game.