Zombies are back once again in the new Call of Duty game, Black Ops: Cold War. So far, there’s only one map playable, Die Maschine, but there’s a lot of content to unearth within it while players wait for the next one.

Some of this stuff is so obtuse that people new to the franchise might not ever find out about them on their own. So, to help bridge that gap, we’ve made a list of some of the neat little mechanics in Zombies. 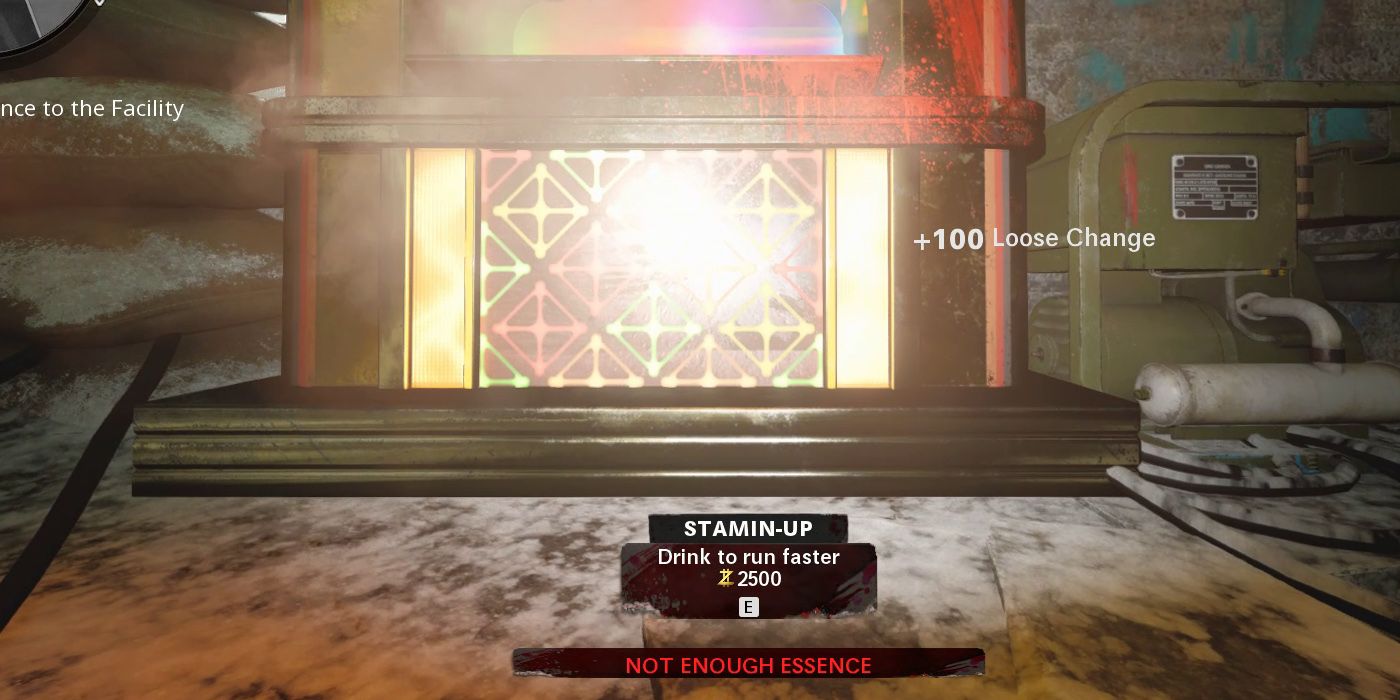 This first gimmick/trick has been in numerous CoD Zombies modes in the past and it’s back in Cold War. Basically, if players prone in-front of any of the Perk Machines, they’ll get an extra 100 points of Zombie Essence.

Even Requiems Operators need a bit of extra change every now and then. It might not seem like much, but every bit of Essence counts when you need to get through a specific door or buy an important Perk in a timely manner. 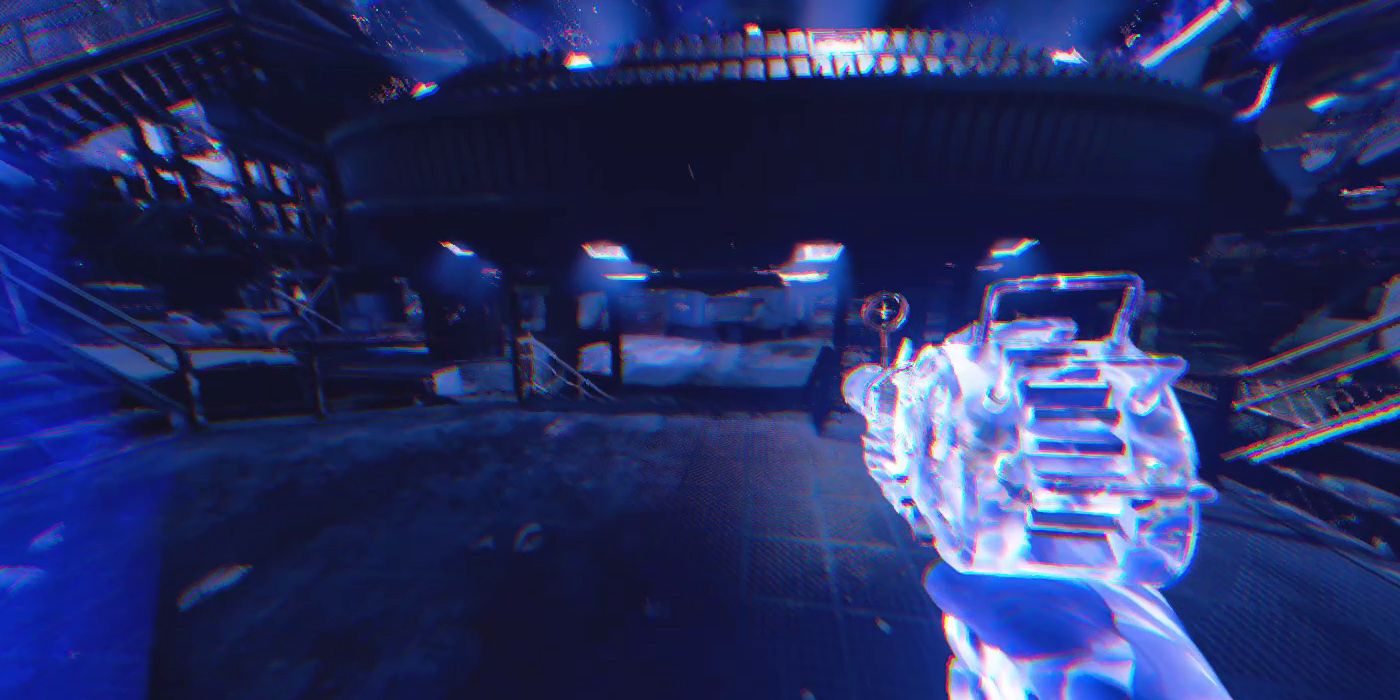 The Field Upgrade system is also new in Cold War, at least the version currently usable in Zombies. Though, to be fair, it’s basically just a variation of past systems such as Gobblegum, Specialist Weapons, or Payloads. In Cold War there are five Field Upgrades in total:

The last one in particular is pretty neat as it temporarily transports players to the Dark Aether, causing all zombies to ignore them for a few seconds. But, while players might feel 100% safe while using Aether Shroud in a mob of zombies, be careful with AOE-damage weapons such as the Ray Gun. It’s a bit hard for people to wrap their heads around since the Zombies literally can’t see the player while Aether Shroud is active. But even if they can’t see them, they can still be hit by them, so of course, AOE damage should also apply…right? 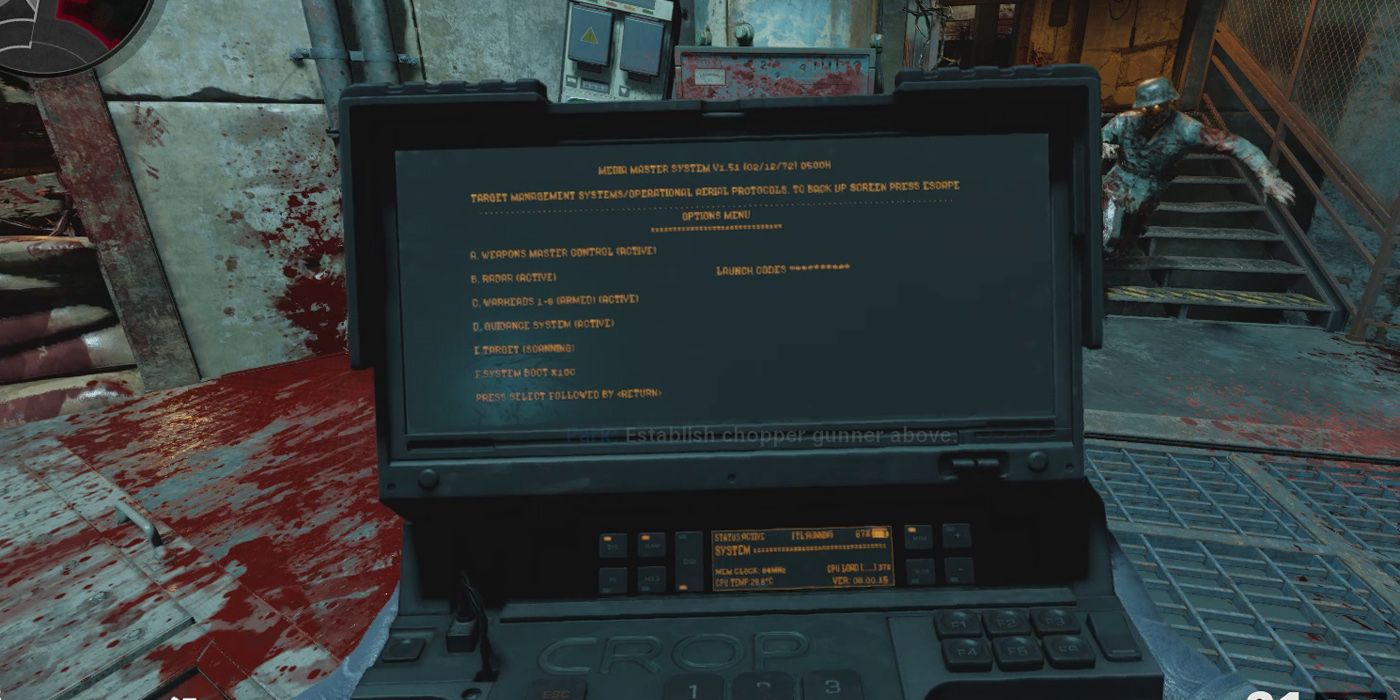 Using controllable Killstreaks in Zombies might seem like a death sentence at first, considering standing still for more than an instant means getting swarmed by the undead. But, luckily, players are actually completely invulnerable while controlling the Chopper Gunner or the Cruise Missiles. Now, that said, players should still try and use these abilities while out in the open.

Why? Well, it seems like Zombies still kind of swarm the player’s invincible body, at least a little bit. And, even if they didn’t, there’s no reason to purposely restrict the amount of space the player character has to escape with.

Melee Weapons Can Carry Players To Round 14 Easily 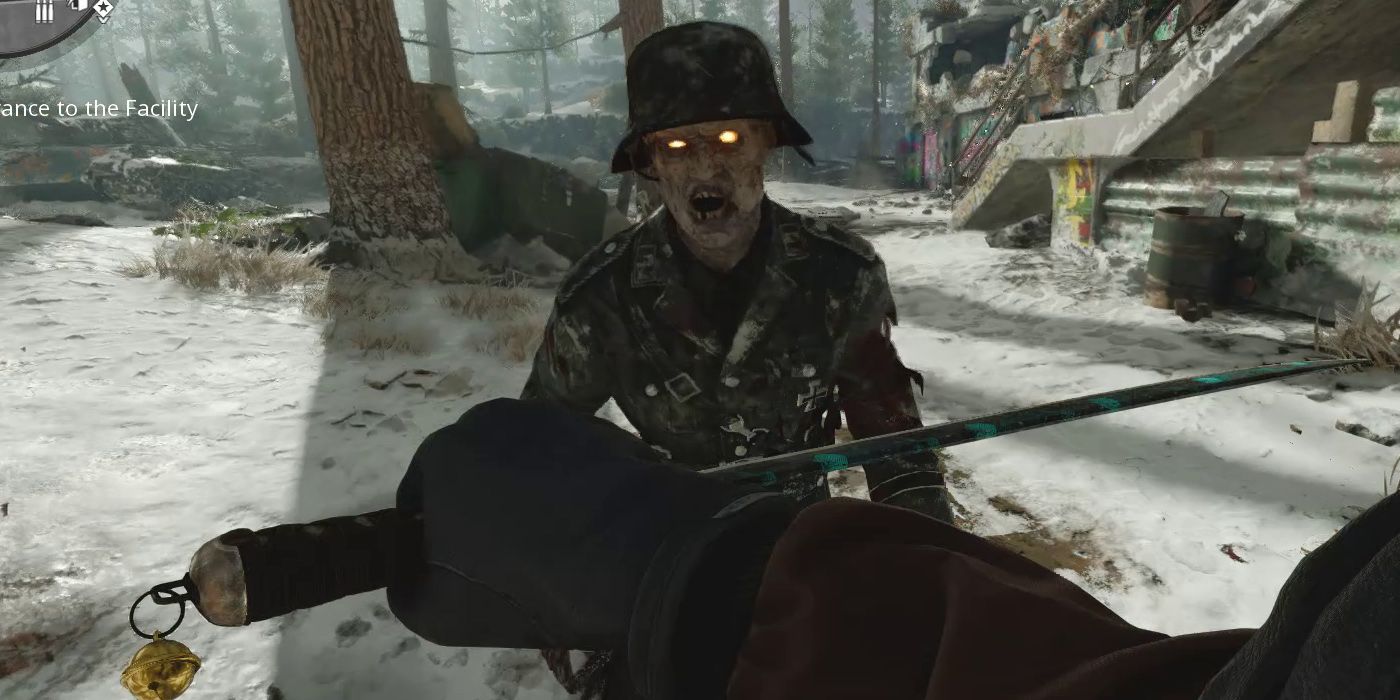 Players are allowed to bring Loadouts into Zombies this time around, though in a much more simplified sense than in Multiplayer. They can bring in one weapon and a Field Upgrade rather than a whole complex loadout. That said, as crazy as it seems, players should absolutely use the Combat Knife Default Class while they level up all the other guns.

Sure, weapons like the Hauer or the Gallo SA12 become insane with the right attachments, but the Combat Knife or the recently added Wakizashi one-shot Zombies all the way until about Round 14. Melee kills also grant more Essence as well.

Hold Off On That First Armor Upgrade For A Bit 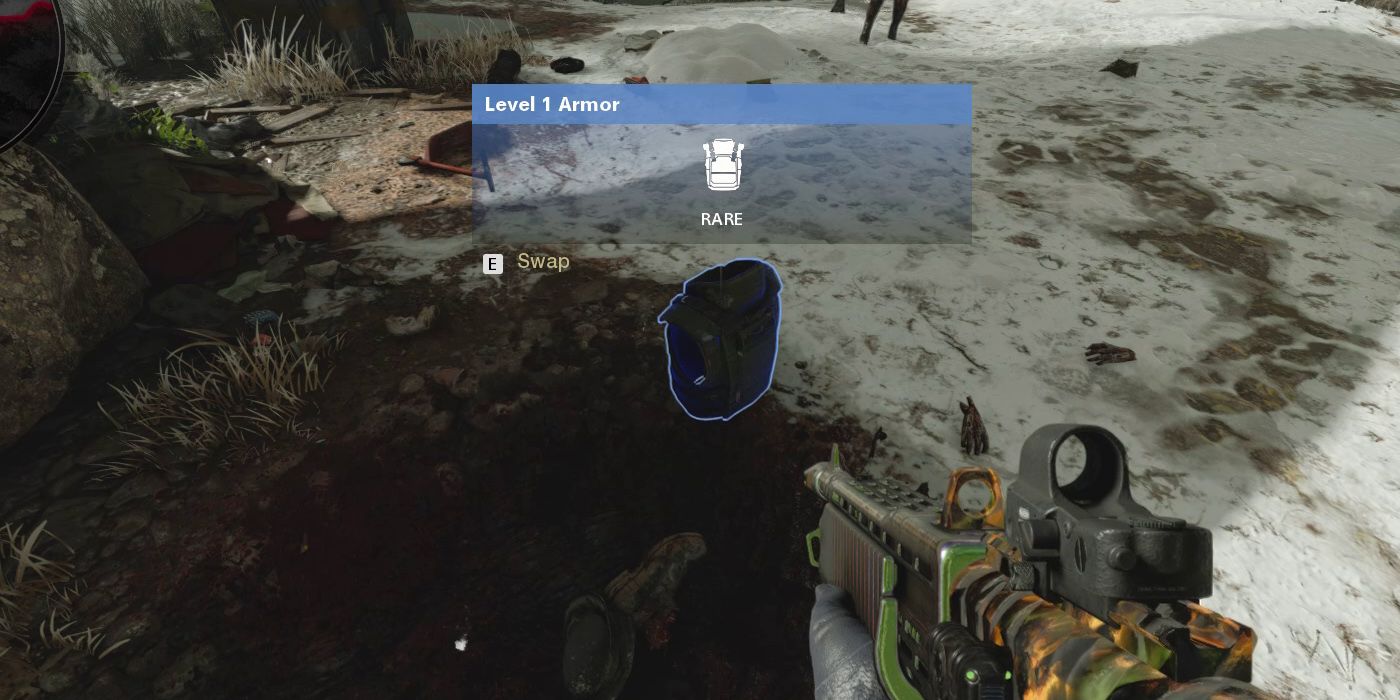 Zombies don’t hit very hard in the early rounds, but using Armor starts becoming pretty mandatory past round 10 or so, especially if the Megaton variants are spawning. Now, players could spend 500 Salvage to get level 1 Armor, or they could simply wait for an Armor Kit to drop, and get the first level that way.

That’s right, picking up the Armor power-up that can drop from Zombies (or the breakable Crystals in the Dark Aether) actually permanently upgrades the player’s Armor from 0-to-1. In the grand scheme of things, this isn’t a lot of Salvage saved, but Armor drops relatively often, and it always feels awful to go upgrade the armor and then have the Power-Up drop from a Zombie right afterward. 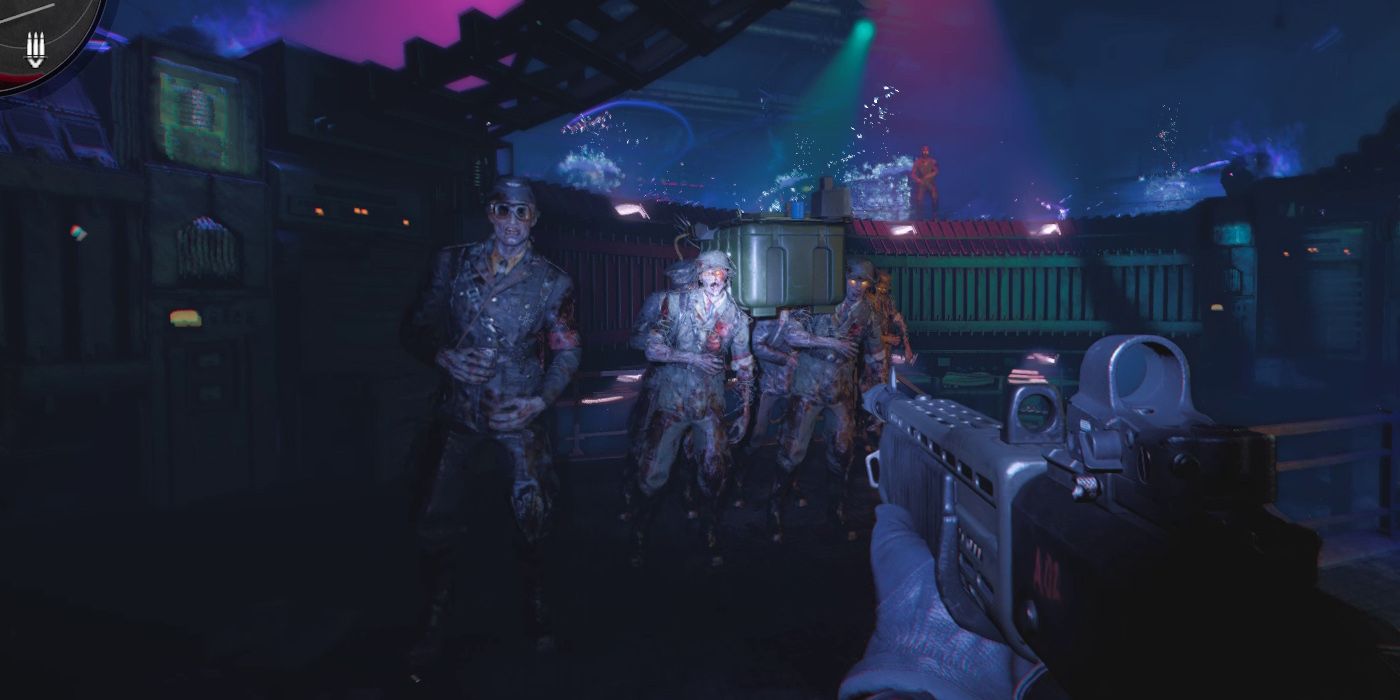 By now, most CoD fans know about the two biggest Easter eggs in the Die Maschine map:

If players shoot all these orbs, they’re taken to the Dark Aether to watch Zombies recreate the Dancing Pallbearers meme from earlier last year. This takes a while, nothing attacks them while it happens. So, during this dance, players can go shoot all the Dark Crystals, Pack-A-Punch their weapons, or buy some Perks.

For some reason, people seem to assume that they need to trigger this secret right as the orbs spawn, but they don’t ever disappear. Therefore, save up a ton of money, go to the Easter egg, then go on a shopping spree while some Zombies show off their dance moves.

Use The Salvage & Equipment Drop-Rate Attachments 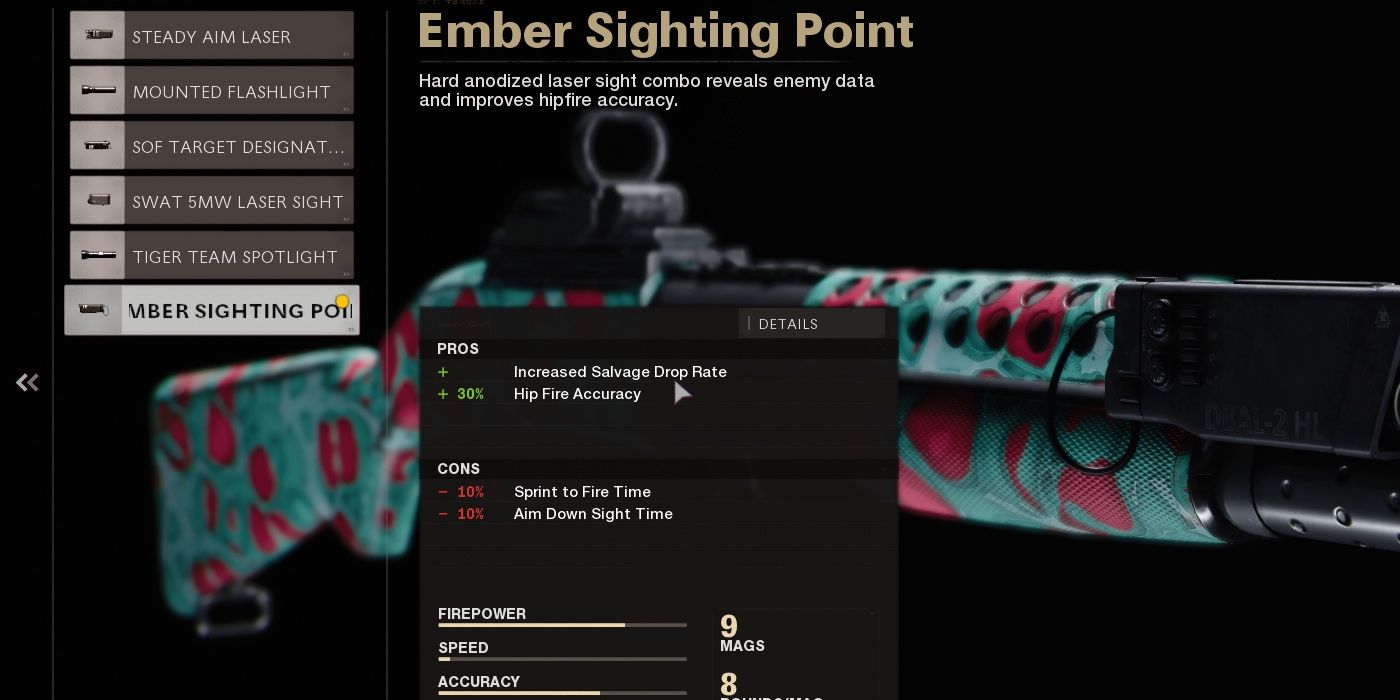 Another aspect of Zombies that most players don’t even think to check up on is the Attachment system. Most people think that the attachments work exactly the same in Zombies as they do in multiplayer, and for the most part, they’re right. This similarity is the reason why guns like the Hauer and Gallo are so strong, as the Task Force Barrel was balanced for multiplayer but not Zombies.

However, what most didn’t realize until 10+ hours in is that there are attachments that affect the Drop Rate of both Salvage & Equipment. So, make sure to check on each new unlock for a weapon.

There Are Multiple Ways To Get A D.I.E Machine 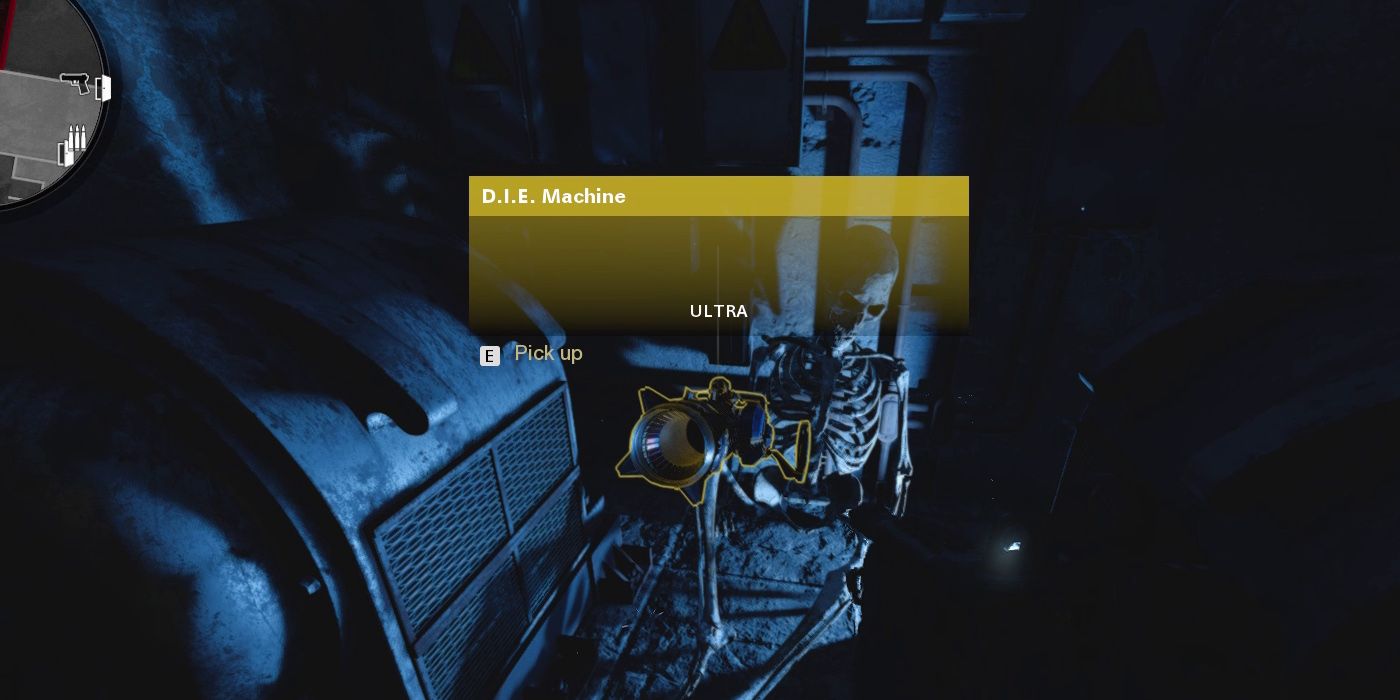 In order to get through the Seal the Deal secret storyline in Die Maschine, you need the weapon the map is named after, the D.I.E Machine. Getting this is pretty easy, and there’s no random chance involved, plus it’s free. But, did you know that you could also get the D.I.E Machine from the Random Box, the Coffin Dance Easter egg, or even a Dark Crystal?

There are numerous ways to get this thing and if someone does manage to get it in a unique way, they can actually continue the Seal the Deal storyline without having to worry about getting the “canon” D.I.E Machine from that Skeleton in Living Room. 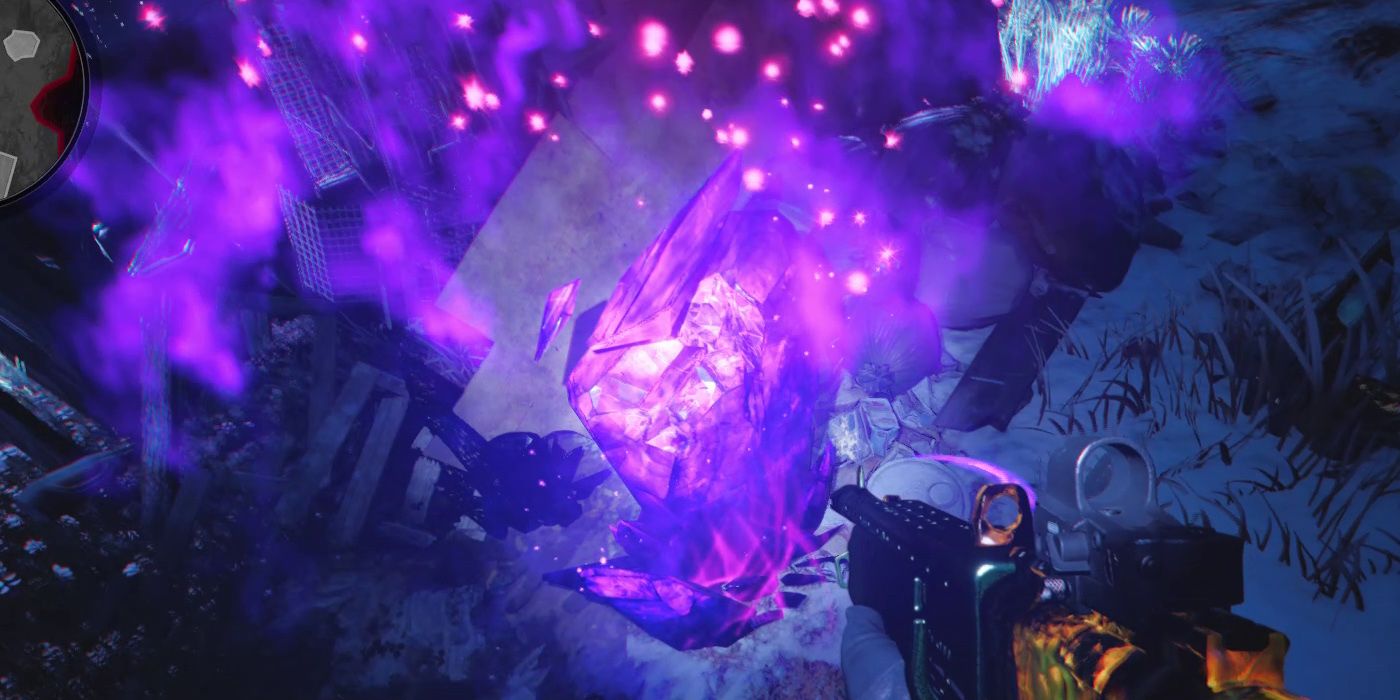 Not sure why this mechanic is never explained to the player, but those Purple Crystal Clusters that pop up in the Dark Aether are breakable. Not the giant ones at Pond, but the smaller Clusters spread about in Crash Site, Yard, & Pond. And, tons of amazing items can spawn from them such as:

Even if someone isn’t trying to get through Seal the Deal, they should absolutely hop back and forth from the real world to the Dark Aether so that these Crystals can be farmed for goodies as much as possible.

Everyone Shares The Same Pool Of Drops 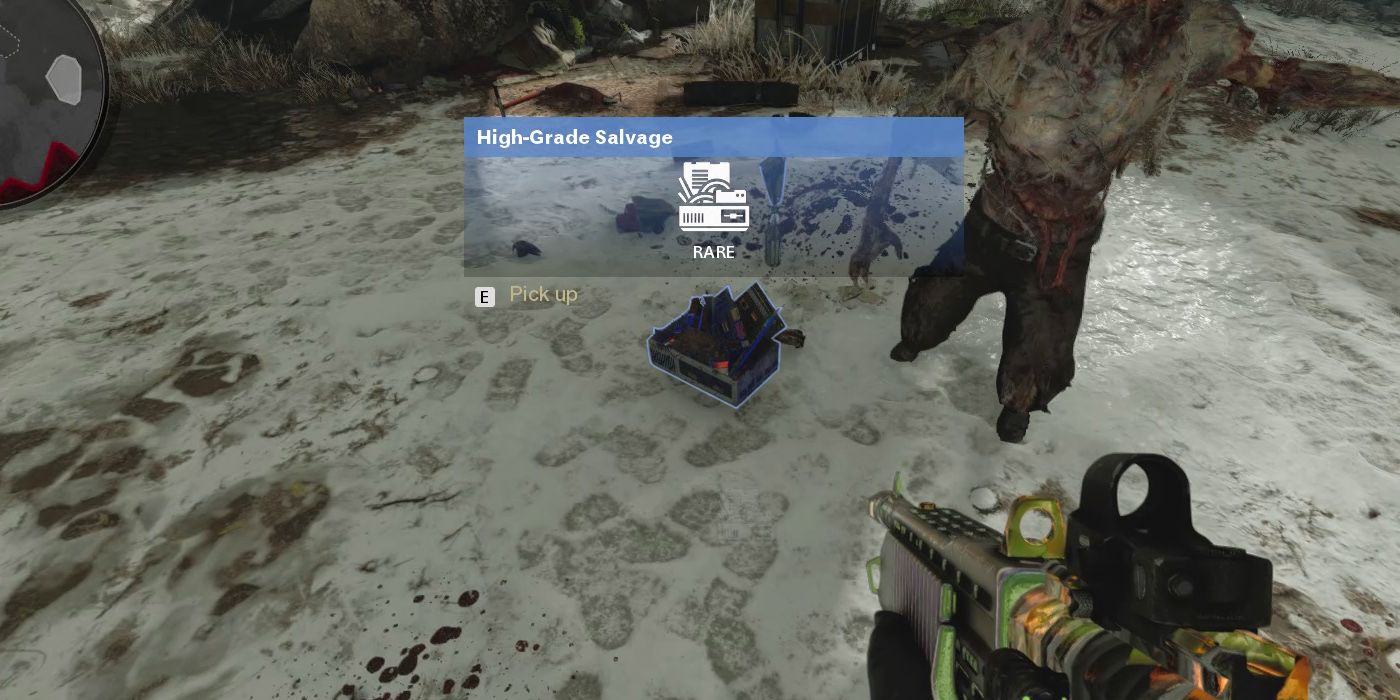 Lastly, it is a good idea to reinforce to Zombies players that all drops aren’t individual. That Tomahawk that spawned from a Zombie? That’s shared between the entire party, meaning that if one person picks it up then it will no longer be on the ground for anyone else. This might seem like common sense, but there are still quite a few players that believe Salvage doesn’t follow the same rules and, consequently, are unintentionally stealing from their teammates.

NEXT: Call Of Duty Warzone: 5 Guns That Have Been Overpowered (& 5 That Are Well Balanced) 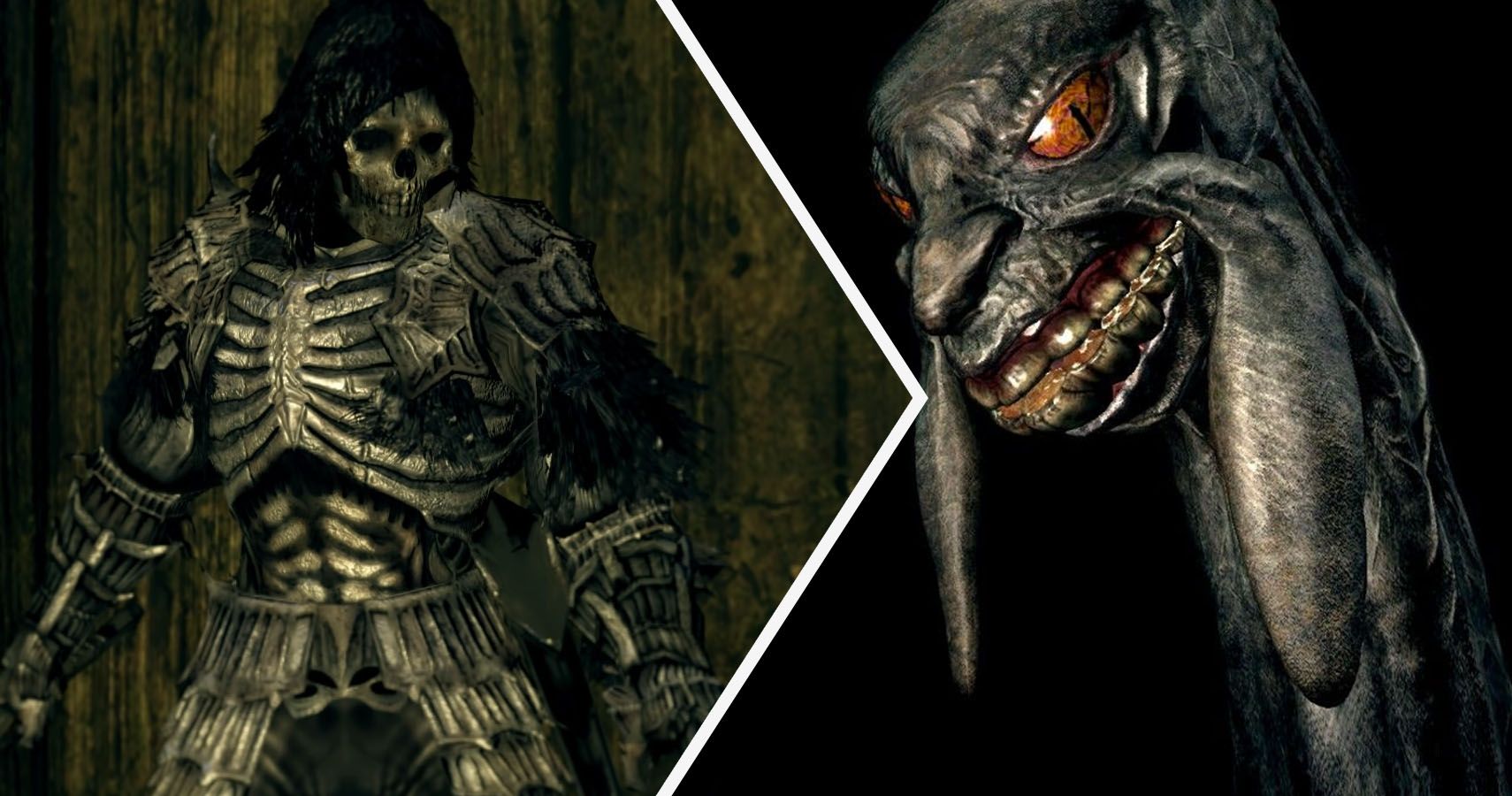