You are here:
Home / 10 Strangest Fireballs In Fighting Games

Ever since the genesis of the 2D fighting game, the fireball has been the foundation of the genre's design. Street Fighter's Hadouken isn't just some cool aesthetic — the speed and space of the move dictate how players joust for screen positioning. Risk jumping over it at the wrong time, and you die to Ryu's Dragon Punch. If you stay grounded, you give up control of the match to the barefoot warrior, and concede precious screen real estate.

But those were humble beginnings and simpler times. The genre has evolved greatly since Street Fighter II, and so has the fireball. Among the wide array of innovations the fireball has had over the years, here are some of the most exciting — and baffling — to ever occur. 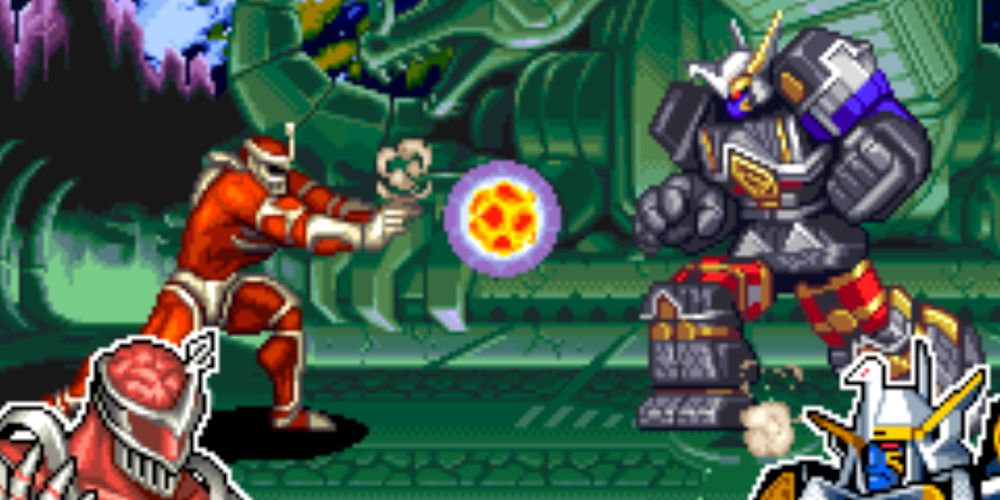 1995 was a wild year for experimental 2D fighting games, and you might be surprised to know that one of the more mechanically interesting releases was Natsume's Mighty Morphin Power Rangers: The Fighting Edition.

Natsume used the Power Rangers license to explore a number of innovative mechanics, but one of the strangest was Lord Zedd's fireball. It looks like a projectile, at least — but when you get hit by it, it turns into a command grab! Not a terribly powerful one, sadly, but it's nonetheless a unique tool for any era of game development, much less the mid-90s.

9 Mercurius's Projectiles Shield Them From Attack

"Planet Defensor" wraps Mercurius in an (almost) invincible barrier. It's only weak to throws — a troubling detail considering it also gives him access to the homing "Planet Attack" projectile. Mercifully, this two-stage projectile requires considerable setup — reducing it to a gimmick that is more likely to confound a new player than it is to win a tournament.

In Jackie Chan In Fists of Fire, one of the more interesting non-Jacky characters is Mysterious Lion, frequently called M. Lion for short. You could also say the "M" stands for "magic", because M.Lion eschews typical martial arts for a series of bizarre projectile attacks. Of particular note is this list's entry: The Lion Bomb.

With this move, M. Lion spits out a smaller version of himself, which scampers up to the enemy and explodes. In addition to its visual absurdity, this projectile does enormous chip damage on block and causes the game to slow down for both players, making it difficult for either side to input their following actions properly while it's active. 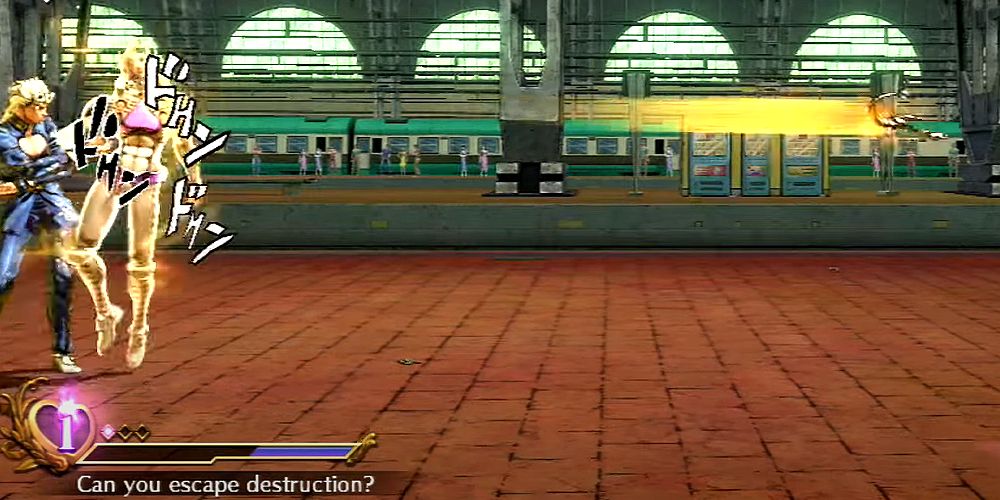 Giorno Giovanna in JoJo's Bizarre Adventure: All-Star Battle has a number of projectiles that could easily fit in on this list. That's because he has the ability to turn ordinary objects into living beings, and he uses that ability to shoot snakes and piranas at the enemy.

But the most infuriating of them all is his scorpion projectile, which he only has access to when in his final form "Gold Experience Requiem." This scorpion flies at the speed of light across the screen, is unblockable, and stuns for a full combo.

While Guilty Gear's Faust may not be the first character to throw items with RNG elements in the history of fighting games, his item-toss projectile is, nonetheless, an archetype creator. Once the quarter-circle forward is input, Faust will randomly throw one of several items — all with different effects that may either help or hurt the enemy.

The genius behind Faust's item toss design is that both parties are given just enough time to see the item before it comes into play. Knowing what effects each of Faust's items do creates a fascinating moment where the players have to decide both how they want to try and interact with the thrown item, and what they think the opponent will do in response to it. 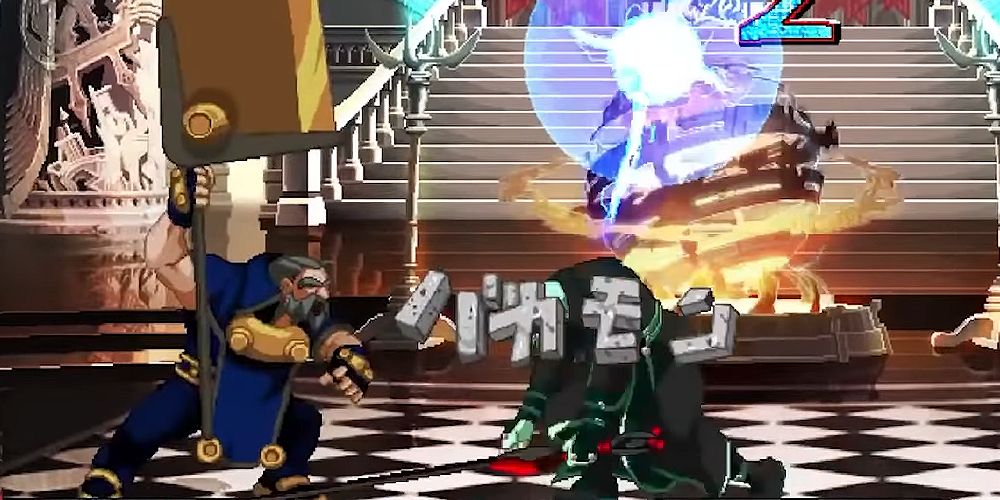 There's a short list of taunts that have functionality in fighting games beyond poking at your opponent's emotional state. There's an even shorter list of fireballs that double as taunts — and not many of them are as useful as Kliff Undersn's taunt.

Kliff shouts out "バカモン!" ("Bakamon!" or, roughly, "You fool") and the katakana then materializes as stones, which bounce along the screen slowly. After Kliff scores a knockdown, this taunt serves as a decent pressure tool. Inexplicably, the last kana will sometimes spawn doubled in size, and will do extra damage.

4 Ren's Camera Blasts Other Fireballs Out Of Existence 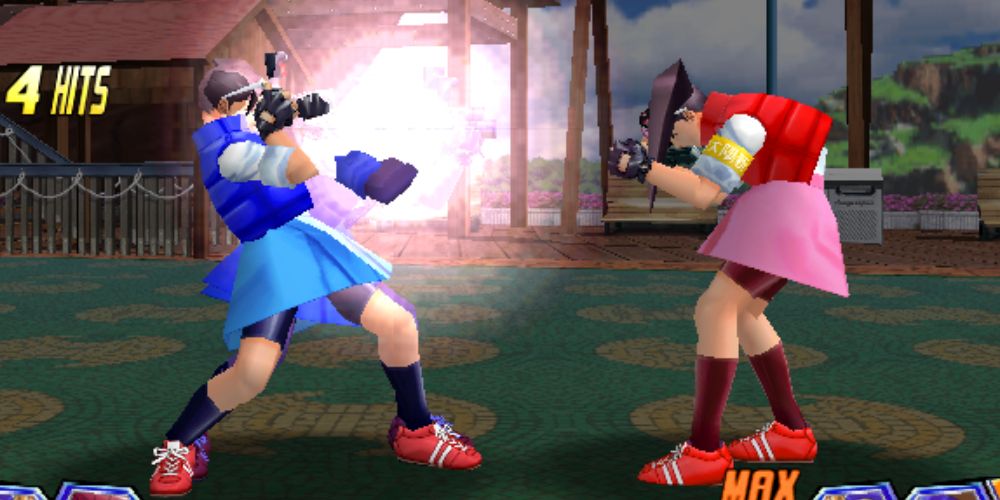 Project Justice, the sequel to Capcom's Rival Schools, is a game full of odd projectiles. Soccer balls, volley balls, magazines, and more are all potentially deadly projectiles. But one of the strangest, and surprisingly effective, projectiles in the game is Ren's flash camera.

With a massive hitbox that takes up a good portion of the screen, Ren can take a photo while in the air or on the ground and, somehow, it's as deadly of a move as Batsu chucking plasma at you. Incredibly, it also clashes with projectiles, making them disappear — which just raises more questions about what on earth is stored inside Ren's camera.

3 Marco Can't Keep His Head On His Shoulders 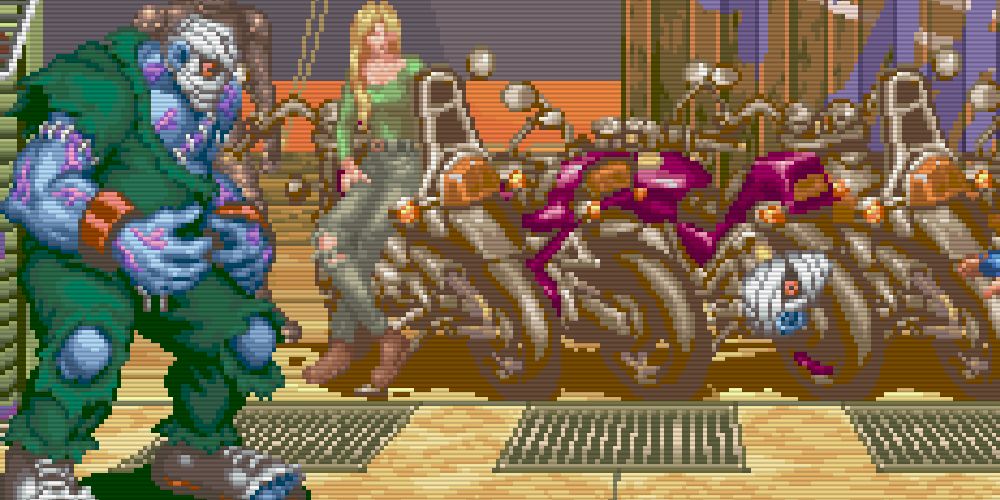 Long before the feral Ms. Fortune appeared in Skullgirls, Taito's Dan-Ku-Ga featured a lovable Frankenstein character named Marco that could, just like the aforementioned cat-girl, toss his head like a projectile. Surprisingly, the recovery from this self-decapitation is almost instant, and makes it one of Marco's most valid long-range tools.

It's especially important since it gives the big guy a long-range stun, and its near-instant recovery means he can walk behind it. This, combined with his stretchy limbs and command grabs, makes him a fascinating cross between a grappler and zoner archetype. 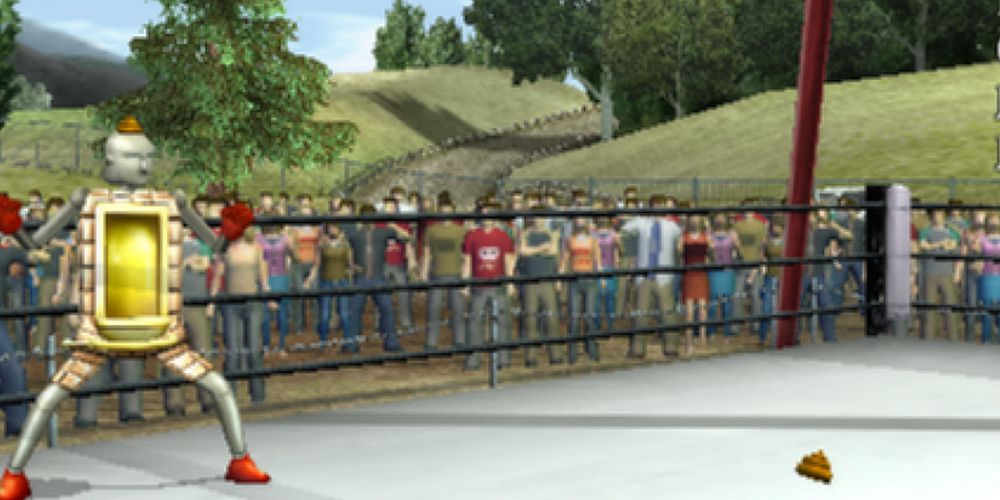 Benkiman from Kinnikuman Muscle Grand Prix 2 is an anthropomorphic urinal. And while that description is probably scatological enough to give you an idea of what his arsenal is like, for completion’s sake, it needs to be said plainly — he has a move where he throws a poop bomb at the enemy.

It is, mercifully, cartoonish in nature and rendering. This move costs two bars of your meter, yet does very little damage. It does, however, stun the enemy briefly — which, you know what? Such a reaction to this attack is probably the most realistic thing on this list. 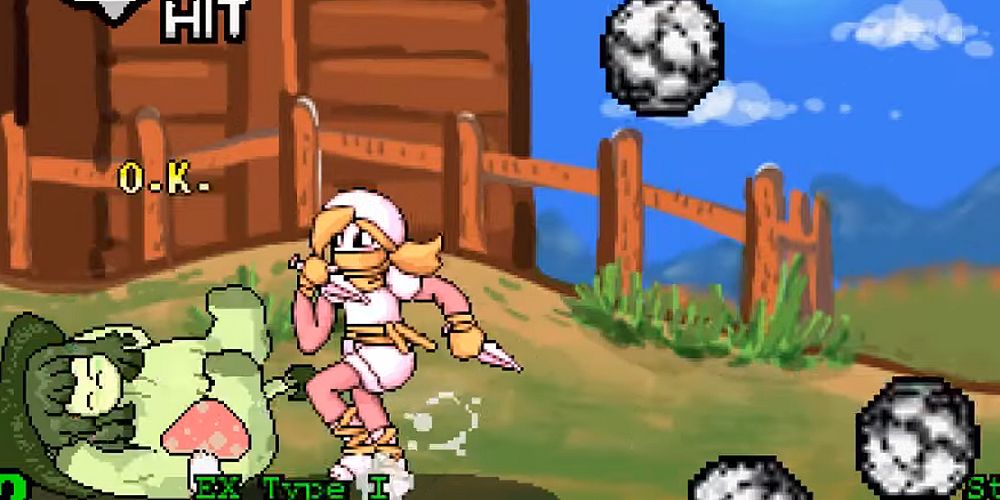 Ultra Fight Da! Kyanta 2 is a fighting game, and that is probably the only coherent statement one can make about this intentionally absurdist piece of art. And among the aggressively crude and weird characters and moves in Kyanta 2, there's Kionoko, the mushroom girl.

Kinoko's projectile super tops this list, and any "strange fighting game move" list, for several reasons. It causes unblockable rocks to fall from the sky in a random pattern, damaging both herself and her foe. It also persists after the round end, potentially causing damage from the very first frame of the new round.