You are here:
Home / 10 Most Tryhard Skins In Fortnite

10 Most Tryhard Skins In Fortnite

Fortnite has well over a thousand skins at this point. So needless to say, there is something for everyone here. Everything from your favorite Marvel hero, to your favorite type of athlete, to a banana man with half of his grisly banana-man skeleton exposed. There is a ton of variety here.

But skins aren't just for aesthetics; some people value a different element of these skins altogether. The high-effort players are known for valuing the more slender models that obscure less of the screen, skins with more uniform color pallets to help them blend in better in certain environments, and skins that have been embraced by high-profile players (who often value the previous aspects as well). Those are the skins we are going to celebrate today. The sweatier the better! 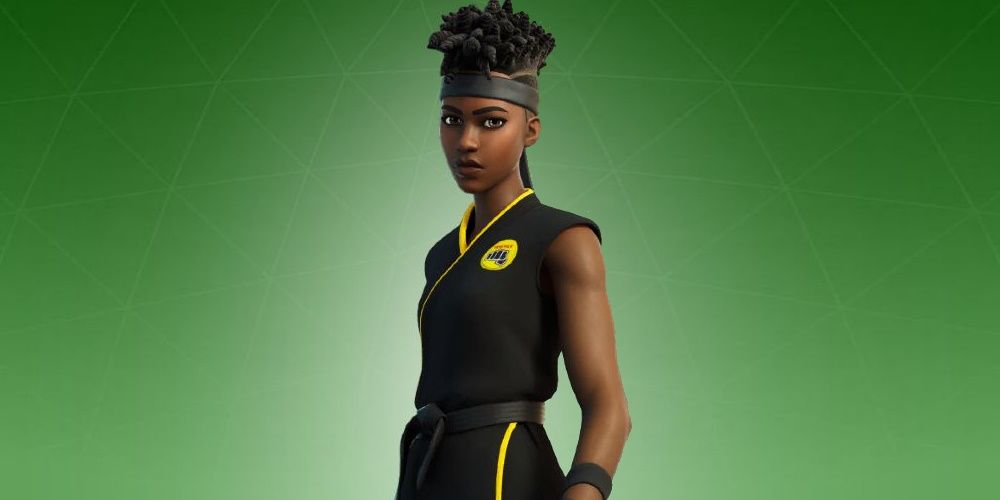 The Mat Master is a great example of what makes a great sweaty skin. She is part of the Cobra Kai pack and is easily the most tryhard skin of the bunch. Mat Master has a black gi and black hair, which gives her that uniform color scheme. Pair her dark color pallet with her smaller frame and you have a service-built sweat skin.

Though, one thing the Mat Master doesn't have is any exclusivity. She has been widely available since she launched. Some of the sweatiest skins tend to be a little on the rarer side. On the plus side, this means that anyone is free to get their sweat on while playing as a badass karate fighter! 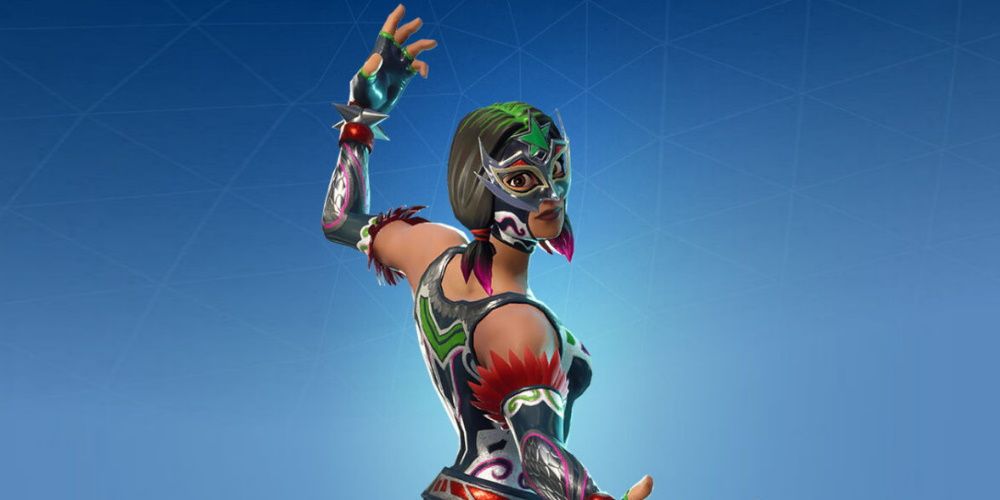 Dynamo has become something of an icon in the world of sweaty Fortnite skins. She comes equipped with that slender frame, which helps those high-effort players with their frame of view. However, interestingly, she doesn't have that uniform dark color scheme that so many of the sweaty skins tend to rock.

It is hard to understand exactly why, but a number of high-profile streamers have used her, which has seemingly given Dynamo her tryhard reputation. Honestly, she is a decent luchador skin and despite what some of the vitriolic opinions online may say about her, we think she has a nice look to her. More than anything, Dynamo is here because of her reputation. As she doesn't have all the sweatiest qualities. 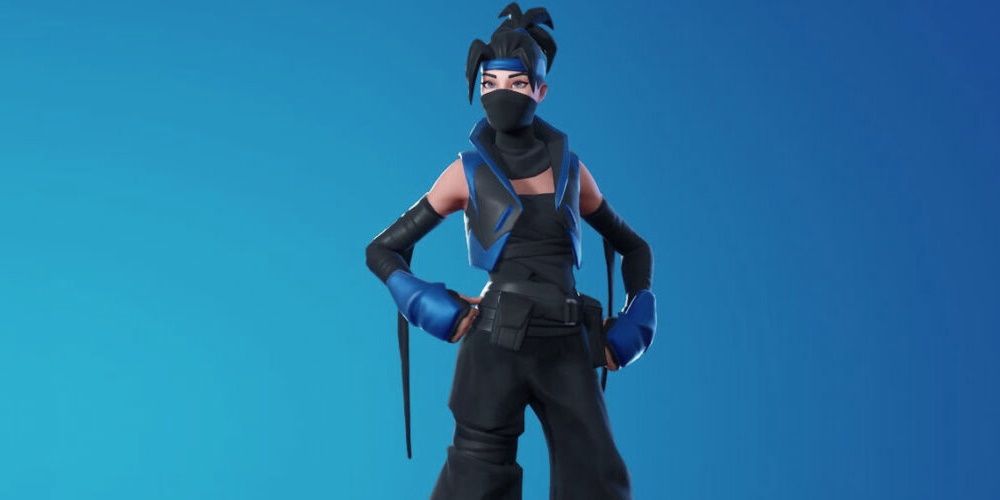 This was a skin that seemed destined to be popular. She is a ninja (a proper one, not the streaming type), which is an immediate bonus, as everyone wants to play as a ninja. She also comes paired with the fantastic blizzard costume, which, you guessed it, is super sweaty.

Kuno also brings another element to her; she is more on the expensive side. So, playing Kuno is also a bit of a micro-flex on your opponents. She does everything you could want from a super sweaty skin, while also being a stylish skin in the process. What's not to love? 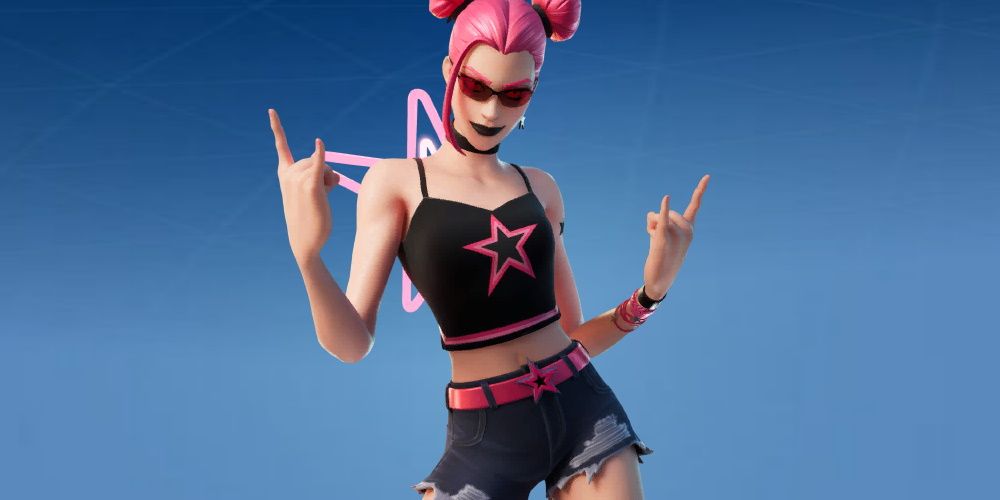 Some of the more bitter players who lash out against sweaty players will sometimes refer to how tryhards favor basic skins. Surf Witch may be the source of that accusation. She is, for all intents and purposes, a lady with pink hair and jean shorts.

Nonetheless, Surf Witch was embraced by the pros, and as such, has won a place in the sweaty hearts of tryhards everywhere. Basic or not, this skin has managed to stand the test of time. You gotta respect the fact that she wasn't just a flash in the pan. 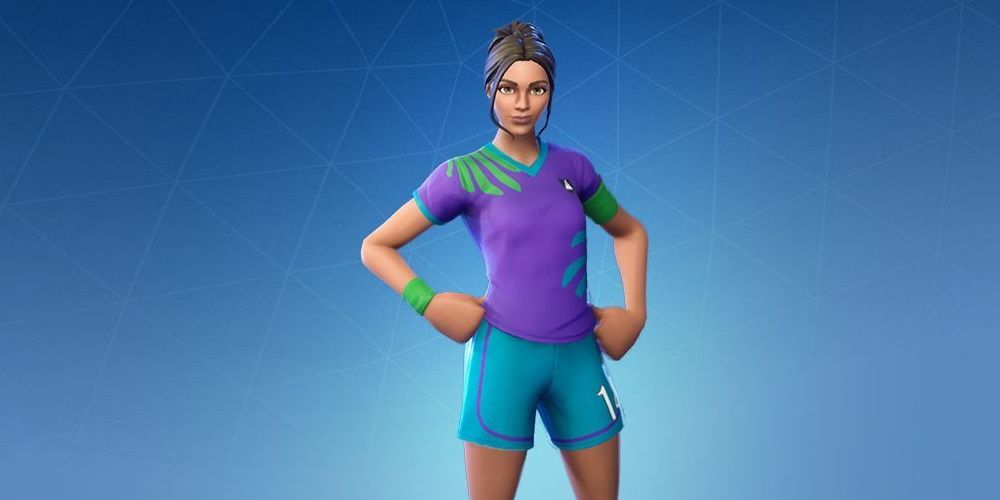 Okay, here we go. The OG. If you have seen someone complaining about tryhard skins, there is a good chance it was one of the classic soccer skins. They were one of the first skins to allow customization and have been persistently popular across the life of the game.

Though, in all honesty, we do find the persistent popularity of these skins to be somewhat of a head-scratcher. We get that early on they had the customization, but these days that isn't anything special. If we had to guess why, we would probably land on the fact that they are tethered to the most popular sport in the world. And hey, if you want to get sweaty, playing a little soccer will do that: how oddly appropriate. 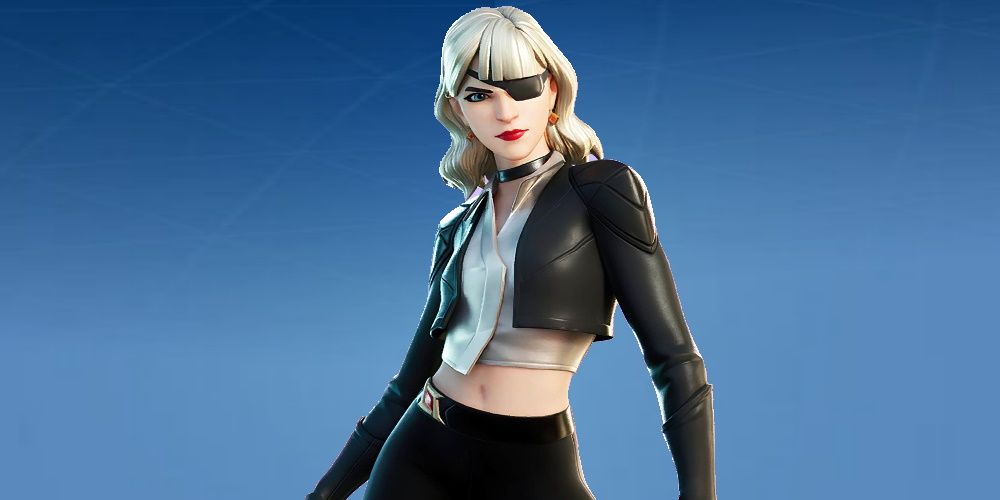 Siren does that nondescript thing that so many of the popular sweaty skins do, and she does it well. Rocking a black suit, and white hair, she naturally has that sweet sweat appeal. She also has a history of being tethered to some pretty prominent players, which only helps to further her tryhard reputation.

But hey, if you are going to rock a sweaty skin, you could do far worse than Siren. She has that eyepatch, which gives her a David Bowie-esque quality. Hell, she could pass as an alternate universe version of Nick Fury. Personally, we think Siren is a pretty cool-looking skin. 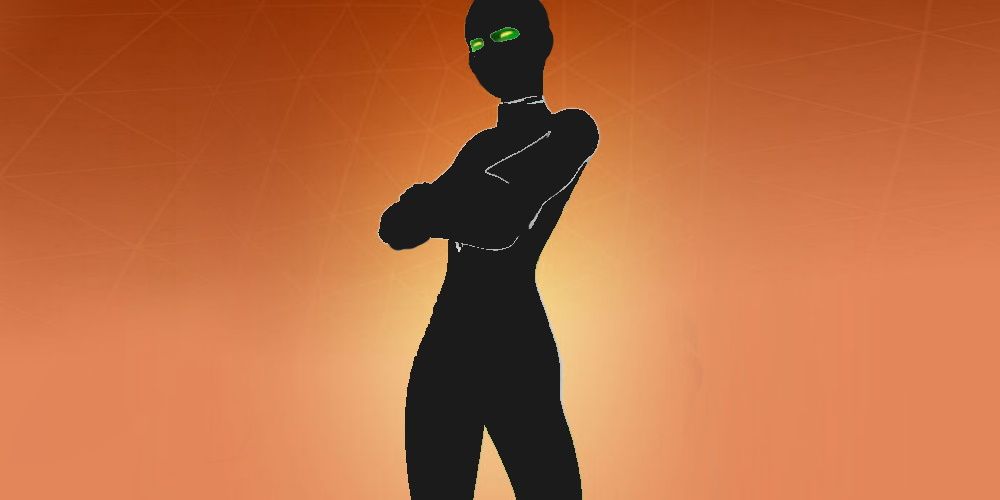 Oh no, now we've gone and done it. Someone just read this entry and threw their phone. If that was you, we sincerely apologize and hope you have a good phone case. However, we had to include the Boundless Skins, as no conversation about tryhard skins can exist without them.

In fact, these skins created such a controversy that Epic removed the ability for players to create all-black and all-white variants. They were even banned for a spell. To this day, when people think of tryhard skins, these are the skins they think of. This is too bad, as they offer some really fun customization. Just all-white isn't one of them… 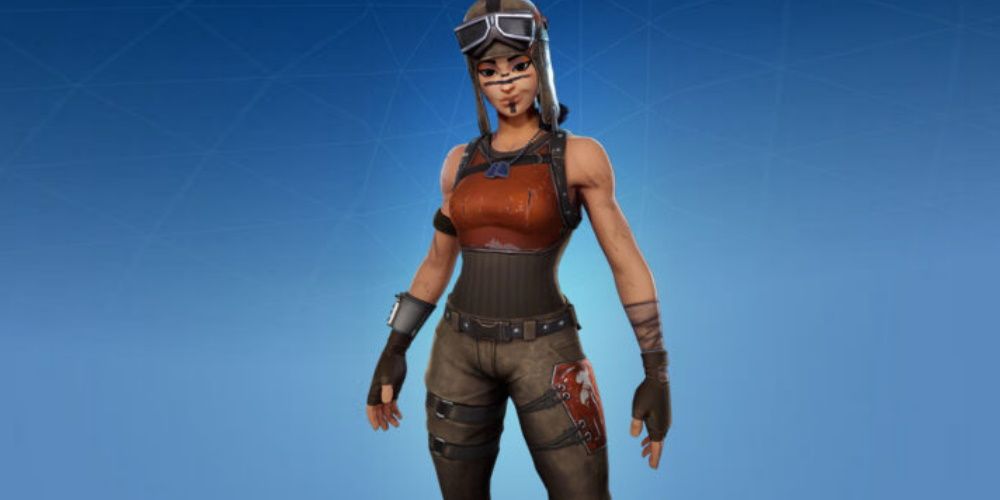 So, that means if you are rocking this skin then you have been around for a minute. And, of course, with rarity comes clout. Who doesn't like to flaunt what you can't have? All of this makes Renegade Raider a top-tier tryhard skin. 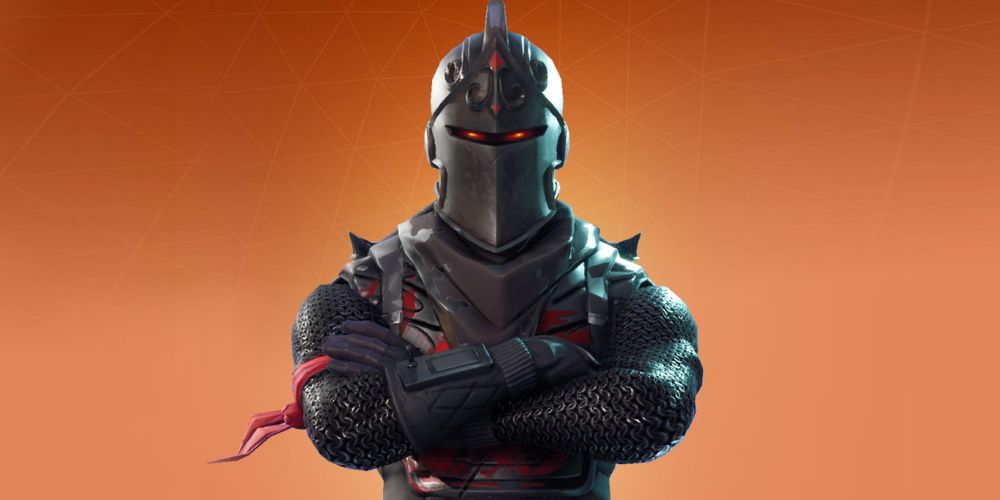 Black Knight is, as promised, a knight in all black armor. He also features glowing red eyes. This skin fits comfortably into that classic villain design archetype that has been ruling games since the beginning of time. It wouldn't be unfair to say that the design itself is, on some level, a little tryhard. So it is fair to say that it was destined to be a sweaty skin.

Even more notably, the Black Knight skin was difficult to obtain when it launched and hasn't been available since. So even if you were around when it was available, you weren't guaranteed to get it. Rarity plus style equals sweat, people. 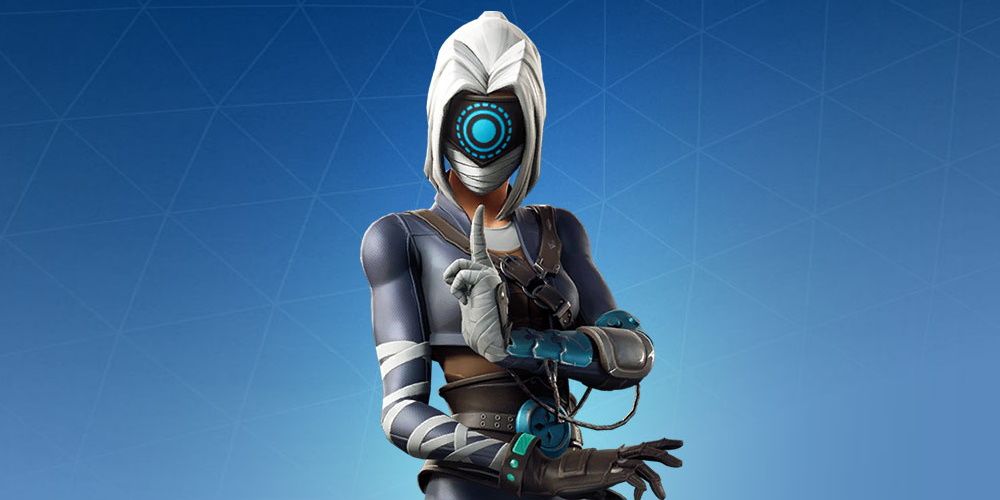 This is the convergence. Focus has that oh-so-important slender frame, she has the all-dark color scheme, and she is notoriously popular among the sweatiest of all the tryhard players. There is one element that needs to be addressed here, though. Focus is incredibly sick looking.

So many of the skins that have been perceived to be "tryhard" have been tainted by how popular they are with sweaty players, but Focus has managed to sidestep most of this by just being incredibly cool looking. We can see why she is so damn popular; she is basically everything you could want on every front.