You are here:
Home / 10 Most Interesting Masked Video Game Characters

Hollywood has a constant issue in movies, where the setting calls for the character to wear masks, but that doesn’t exactly translate well to a relatable character. This isn’t as big an issue in video games, as there are more hours to establish a character, even if you can’t see their facial expressions.

Sometimes the mask makes the character far more exciting and mysterious. Much like how the Mandalorian has an overall cool factor because he refuses to take off the mask, these characters stand out. 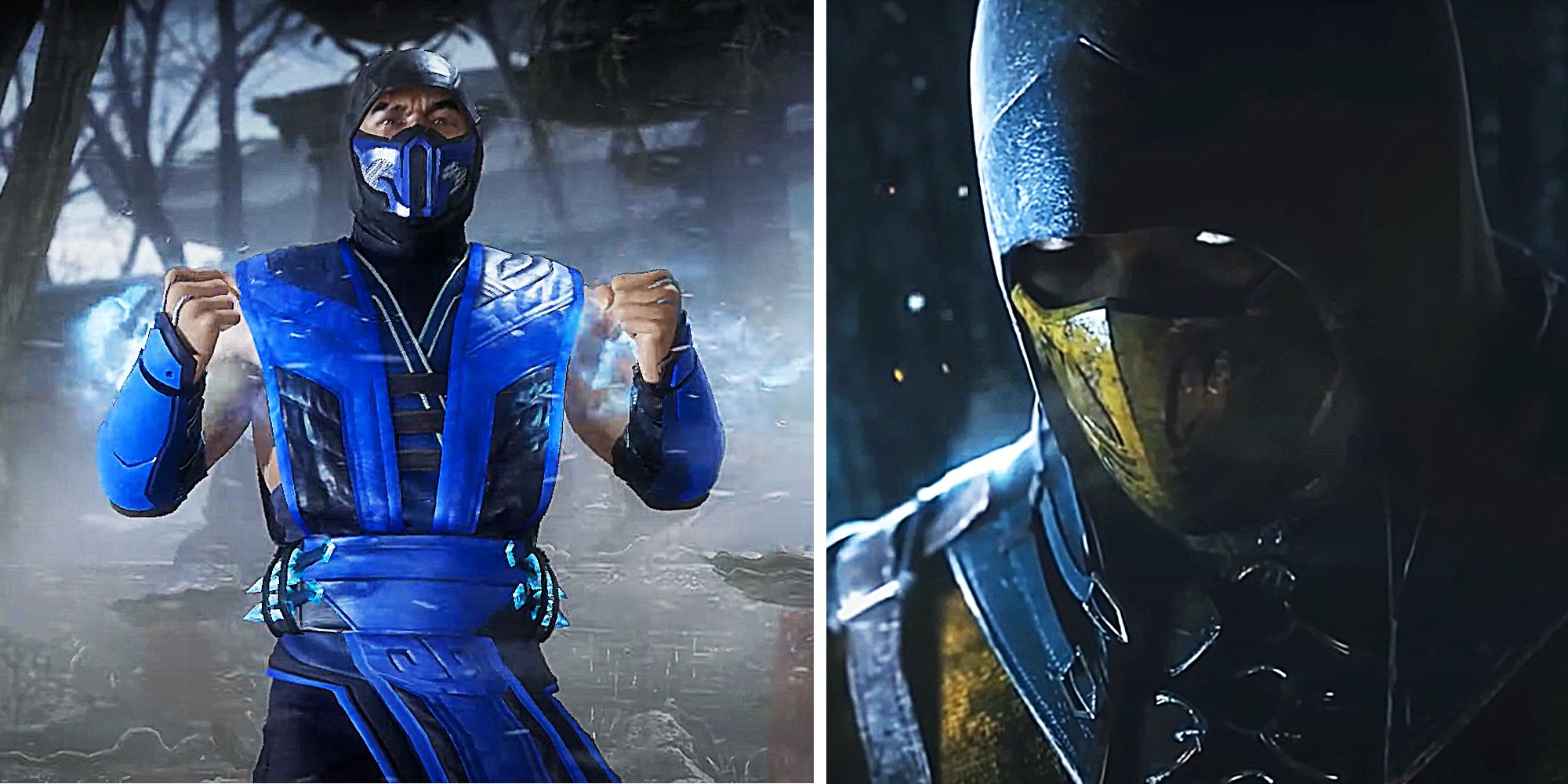 Two of the most iconic characters in the Mortal Kombat series, these guys may have started out as just the same ninja sprites with different colors, but their backstories to fill in the gaps have been expansive. Scorpion is actually Hanzo Hasahi who was resurrected and was at first a baddie merely seeking revenge because of the death of his family.

Sub-Zero, beyond the first game, is actually Kuai Liang, the younger brother of the original blue-clad ninja Bi-Han. While Bi-Han could have been considered more of a bad guy within the Mortal Kombat Universe, Kuai Liang is much more just and level-headed. Bi-Han was originally killed by Scorpion, which caused Kuai to seek revenge. Eventually, however, the two ninjas came to peace with one another. That’s quite a backdrop for two of the most recognizable masked characters in fighting games. 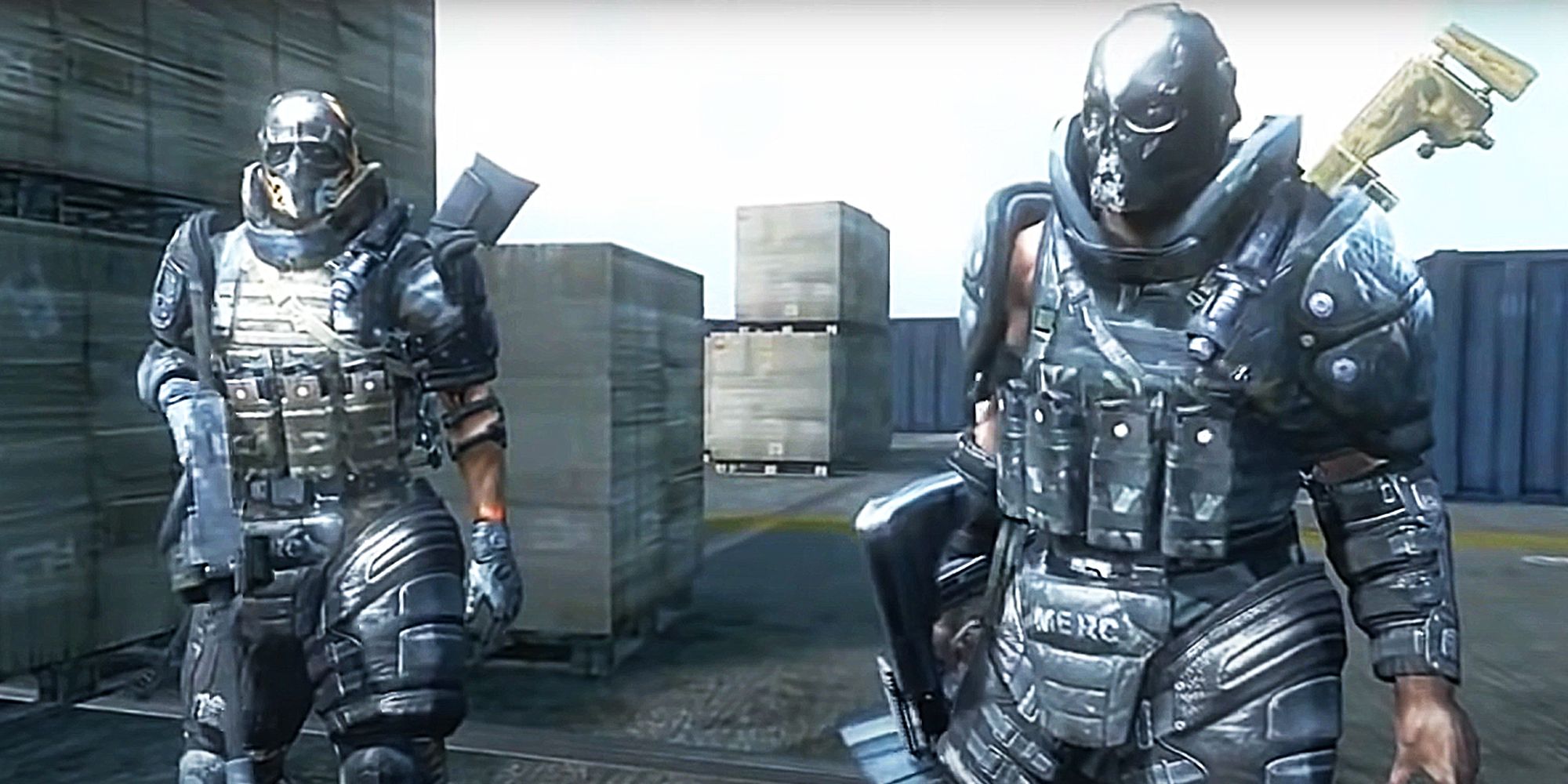 Army of Two, released as a third-person shooter in 2008 is criminally underrated as its two-person co-op mechanics are remembered fondly. Both characters, Tyson Rios and Elliot Salem, stand out from other shooter protagonists since they wear ballistic masks.

While Salem eventually becomes a bad guy in the series, Rios had his combat career come to an end early because of a car explosion that injured his leg, but he had quite the reputation as a mercenary. The 6’4” human tank loved heavy guns and thrived under pressure. Mask or not, you’re not going to get much expression out of him. 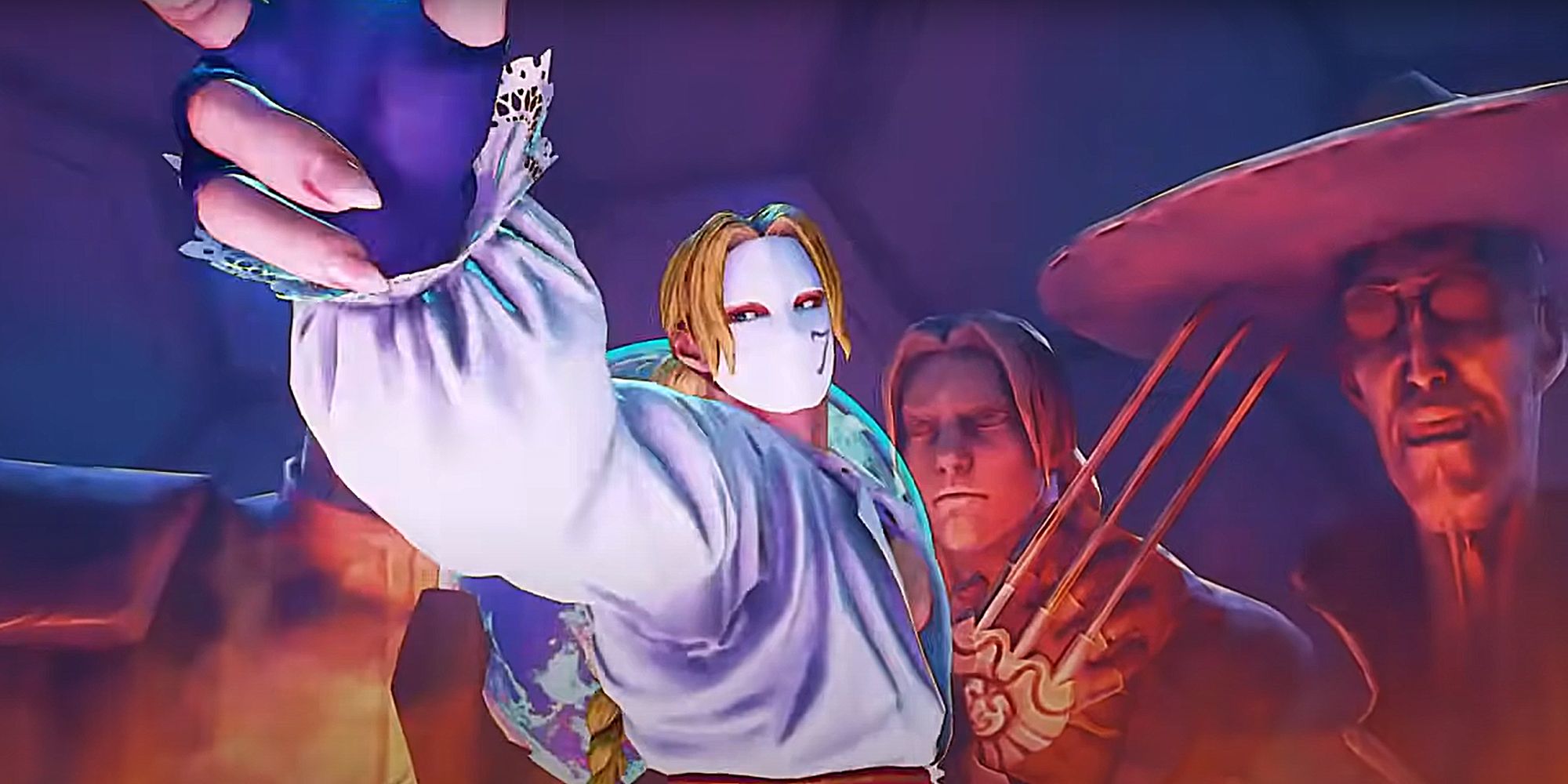 One of the most recognizable fighters in the Street Fighter series, Vega has both a claw on one of his hands and a mask to prevent his face from getting bruised up. As a bodyguard to M. Bison. Vega is portrayed as a vain, overconfident jerk in most entries.

Still, you’d be hard-pressed to find a middle schooler during the heyday of Street Fighter II that didn’t bring up Vega when talking about the game. 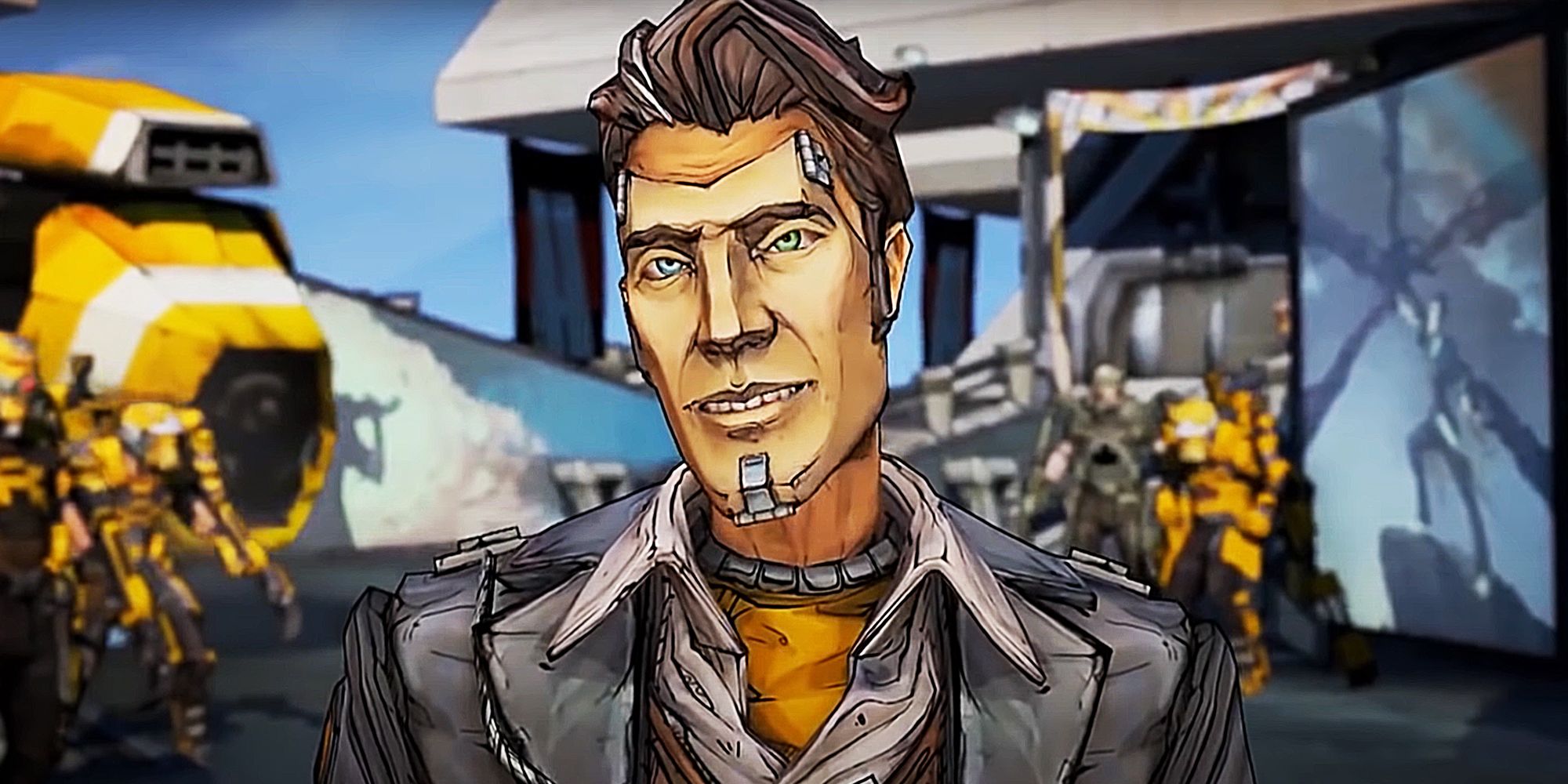 Handsome Jack is the main villain of Borderlands 2, and he is a weirdo. As the president of the Hyperion Corporation, he makes a great portrayal of a guy that feels like he is a good person fighting filthy bandits on Pandora.

After getting a scar on his face, Jack wears a mask that looks like his own face, really showcasing his narcissism. His wisecracks are great throughout the game, and it fits right it with the brilliance of Borderlands. 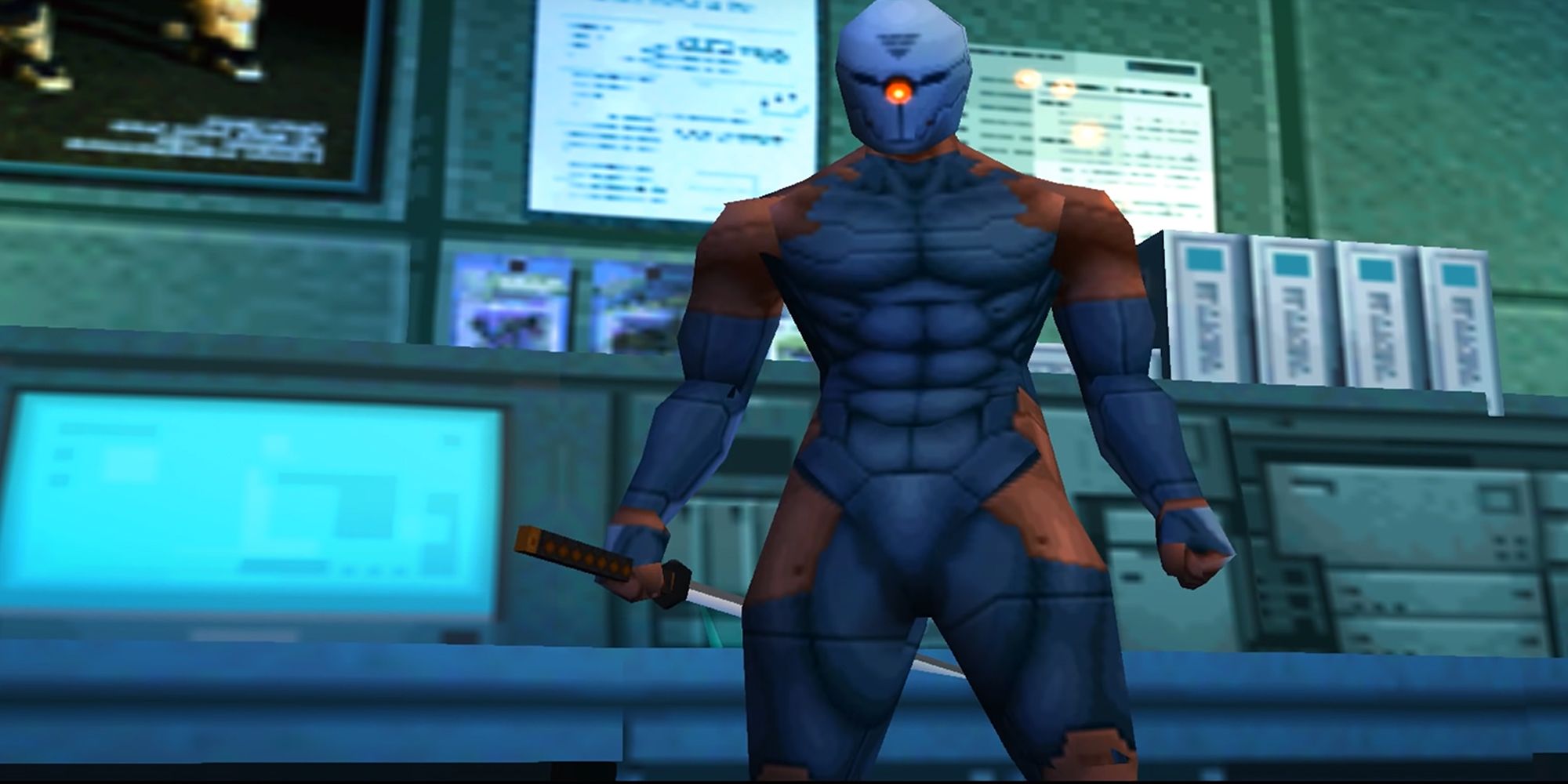 We're not saying that being a cyborg with a ninja mask is the coolest thing ever, but it's up there. Metal Gear's Gray Fox's (or Frank Jaeger's) background as a child soldier, U.S. Special Forces member and mercenary shows what kind of warrior this guy was.

Originally Solid Snake's friend, he was forced to fight Snake by Big Boss and ended up with severe injuries that required an exoskeleton. While Gray Fox would eventually meet his end in the series, there is no doubting the coolness factor he brought to it. 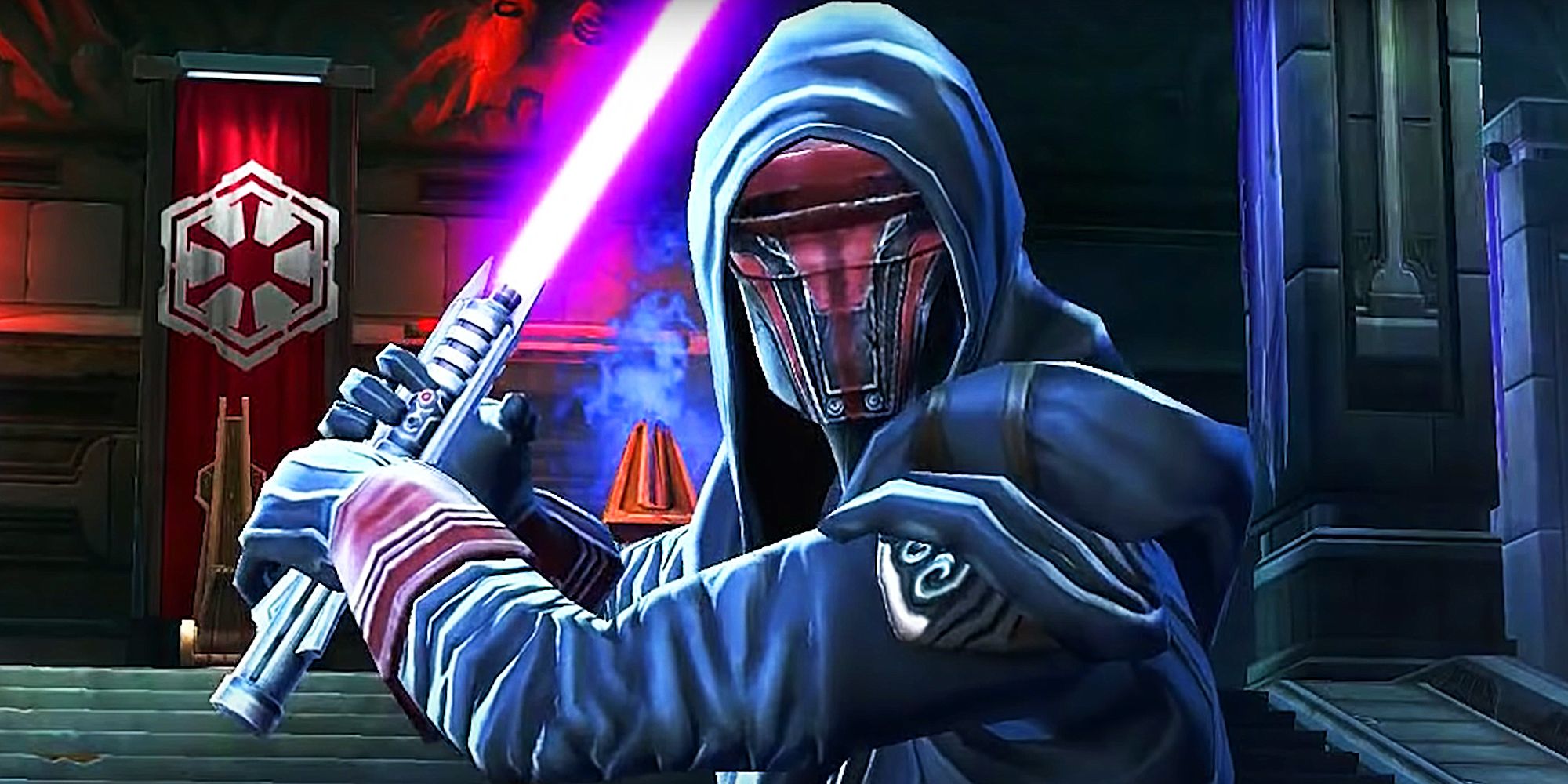 Knights of The Old Republic is one of the best Star Wars games ever made. It also has one of the best reveals of a masked character, as the player eventually discovers that the Sith Lord, Darth Revan, was left for dead by his Sith Apprentice, Darth Malak.

After being captured by the Jedi, Revan’s memory was erased and given a false identity. That false identity? The player’s character they have built throughout KOTOR. Revan has gone on to become one of the most popular Star Wars characters that hasn’t shown up in the movies. The mask he wears, resembling some kind of medieval knight helm, is all style as well. 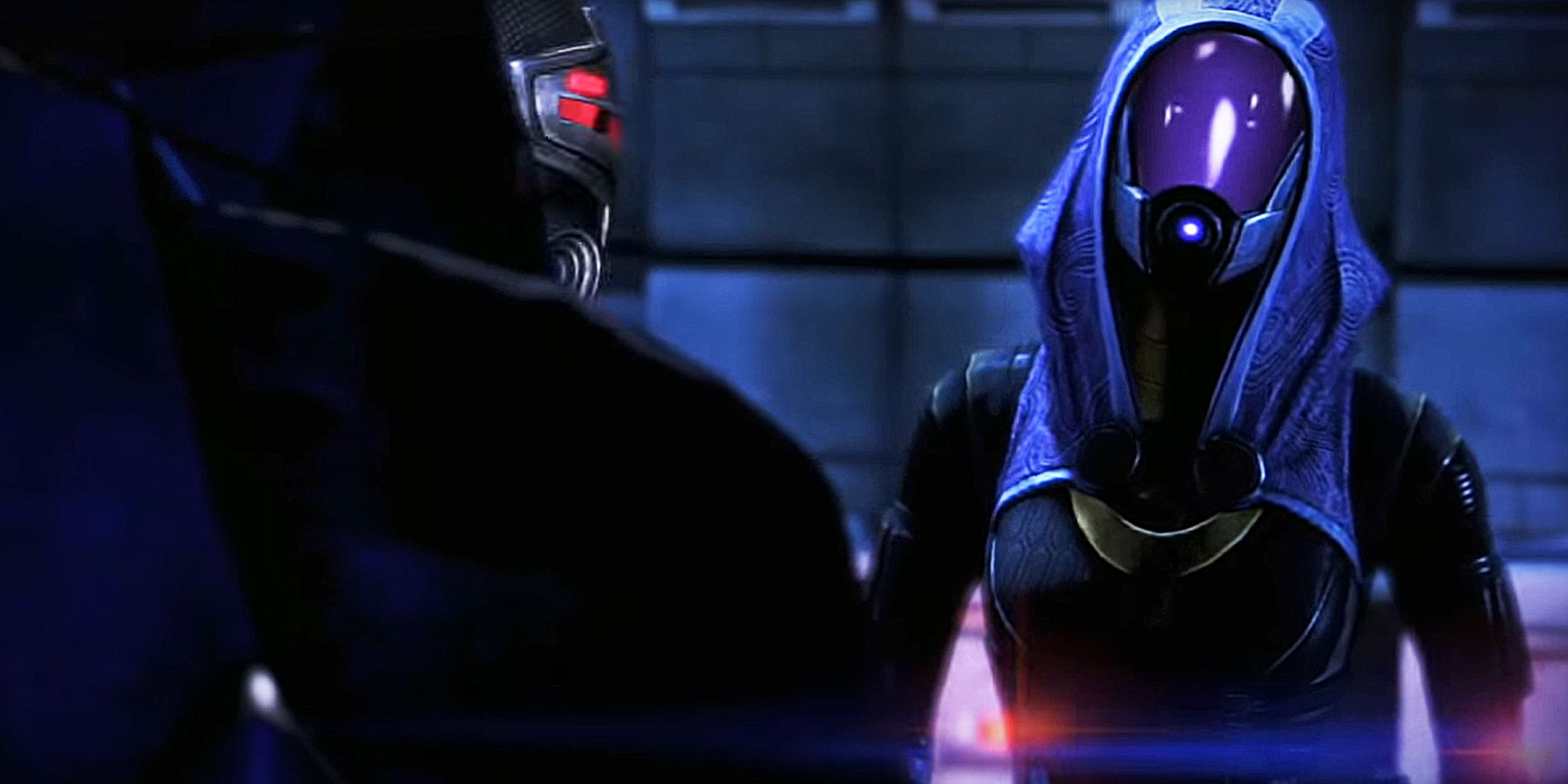 Tali doesn’t simply wear a mask because it looks cool. Tali wears a suit that protects her from disease due to her Quarian immune system, but her face is eventually revealed if the player showed a sufficient amount of affection towards her.

Tali is such a beloved character in the series that, when the Mass Effect Legendary Edition came out, they changed the famous cabin photo of her without the mask from some stock photo-looking image to a completely original piece of game art, which was a delight to many Mass Effect fans. 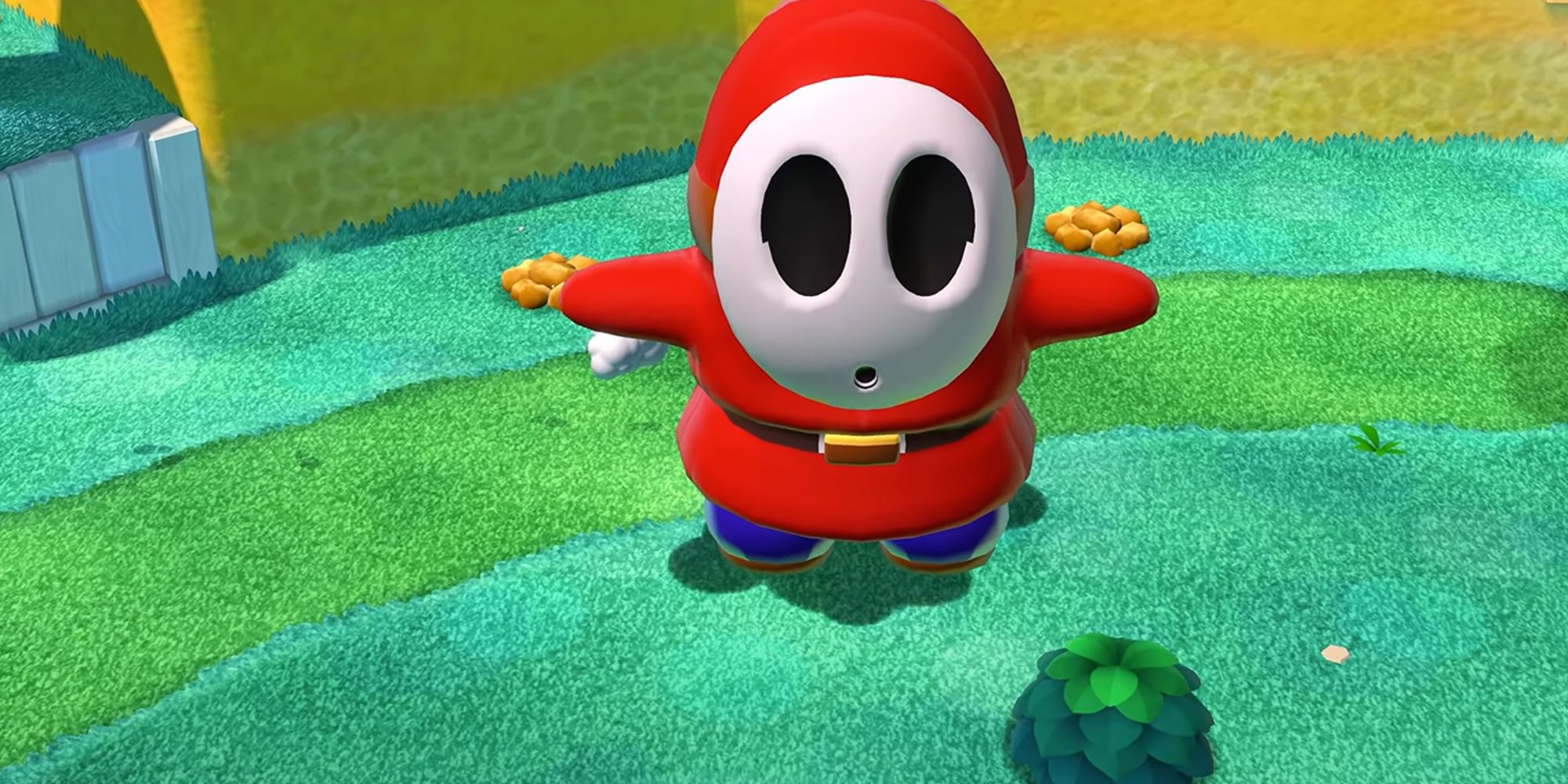 While he always seems like a baddie in a variety of Mario games, he can also pop up as a friendly character in many of the spin-offs. Dare we say Shy Guy is an anti-hero? Does there need to be an origin series on Netflix about him? Yes. Yes there does. 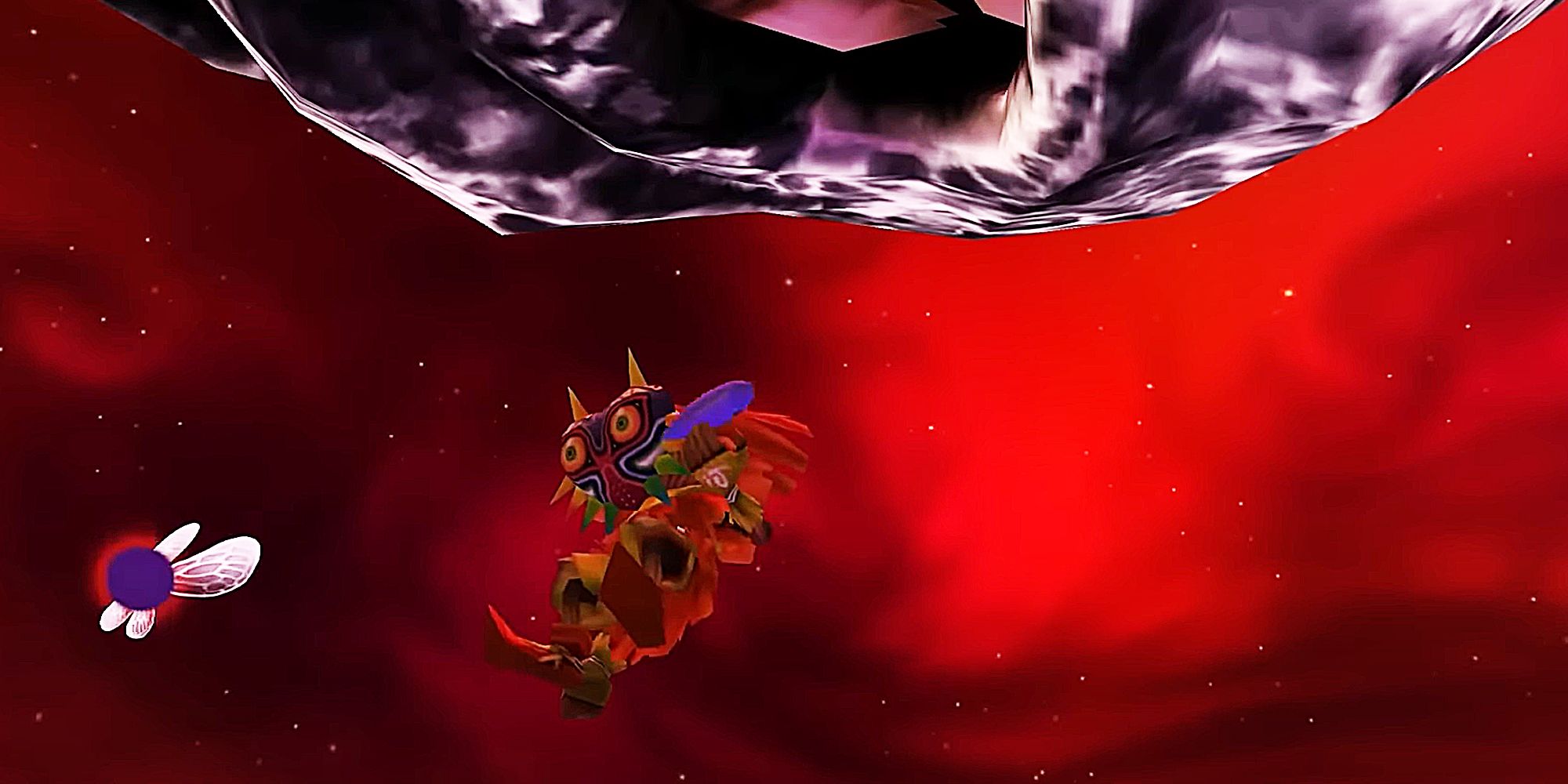 Oh, a kid with the power to cause the moon to crash into the world of Legend of Zelda? Move over Gannon, you can’t defeat a princess trapped in a castle for decades. He starts off as just a kid in the Lost Woods area you run into in Zelda: Ocarina of Time.

By the time the second Nintendo 64 Zelda game came out, he has become a powerful sorcerer after stealing Majora’s Mask from the Happy Mask Salesman. Skull himself isn’t evil, but much like Jim Carrey in The Mask, Majora’s Mask makes him do a bunch of awful stuff. 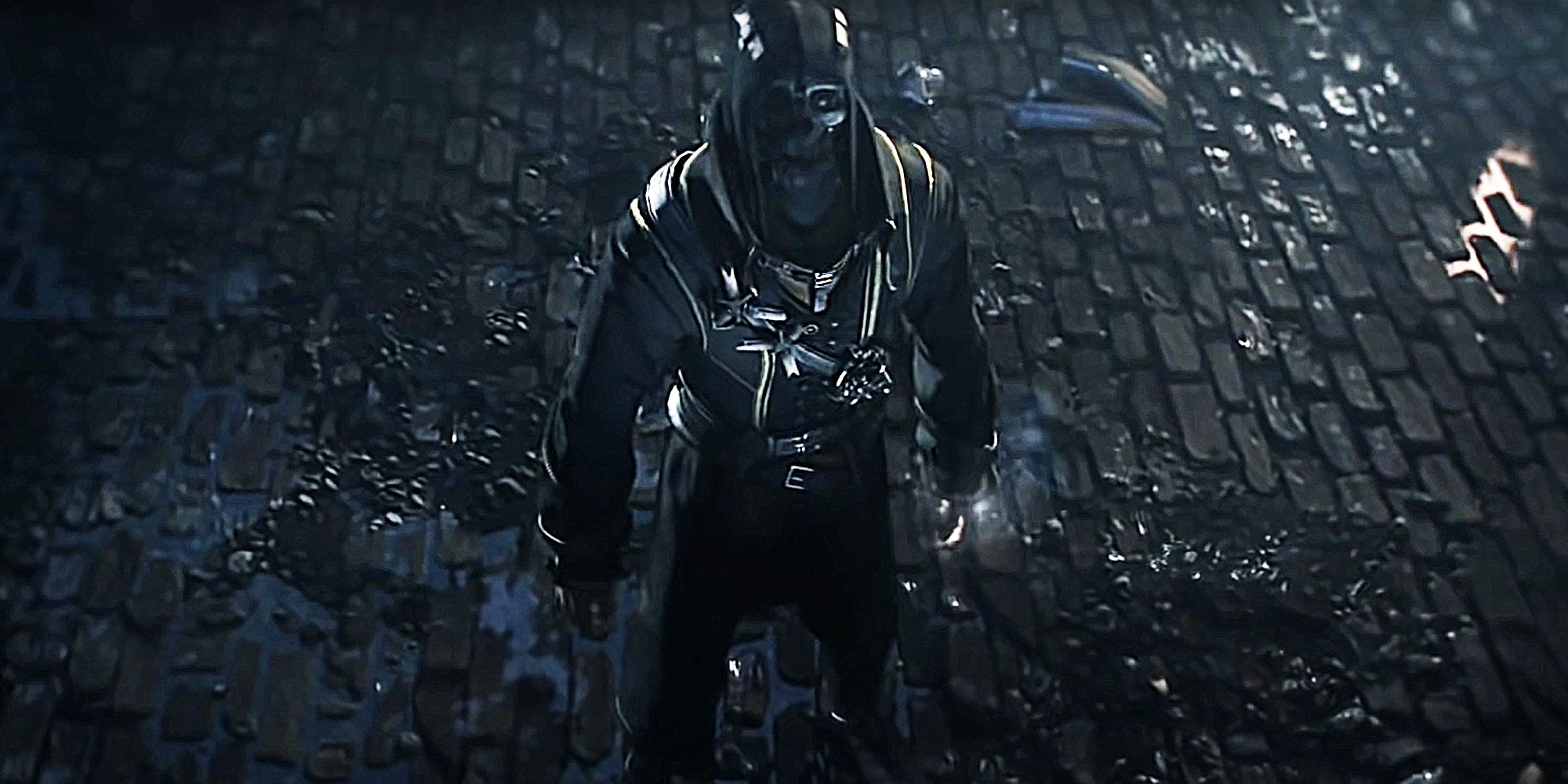 In Dishonored, Corvo Attano has to wear a mask to conceal his identity, since he was blamed for the assassination of the Empress. Not only does it provide protection as well as a protected identity, but the mask has cool things like a high-power telescope, and an appearance designed to strike fear into the hearts of his enemies.

Corvo's mask is a statement as much as it is a piece of equipment, which makes it hit so much harder.