You are here:
Home / 10 Most Brooding Antiheroes in JRPGs

10 Most Brooding Antiheroes in JRPGs

Have you ever been on a quest to save the world from destruction, where your crew is fully optimized with the strongest equipment and you have all the best items in your inventory, but you've got that one guy in the party that won't stop brooding?

They’re dark, they have attitude, and they do whatever they want because the main antagonist killed their pet turtle 120 hours of gameplay ago. Opting to deny these characters entry to your party might save you a trip to a therapist, but they would probably just force themselves into your crew anyway. These following antiheroes are the quintessence of your brooding JRPG archetype. 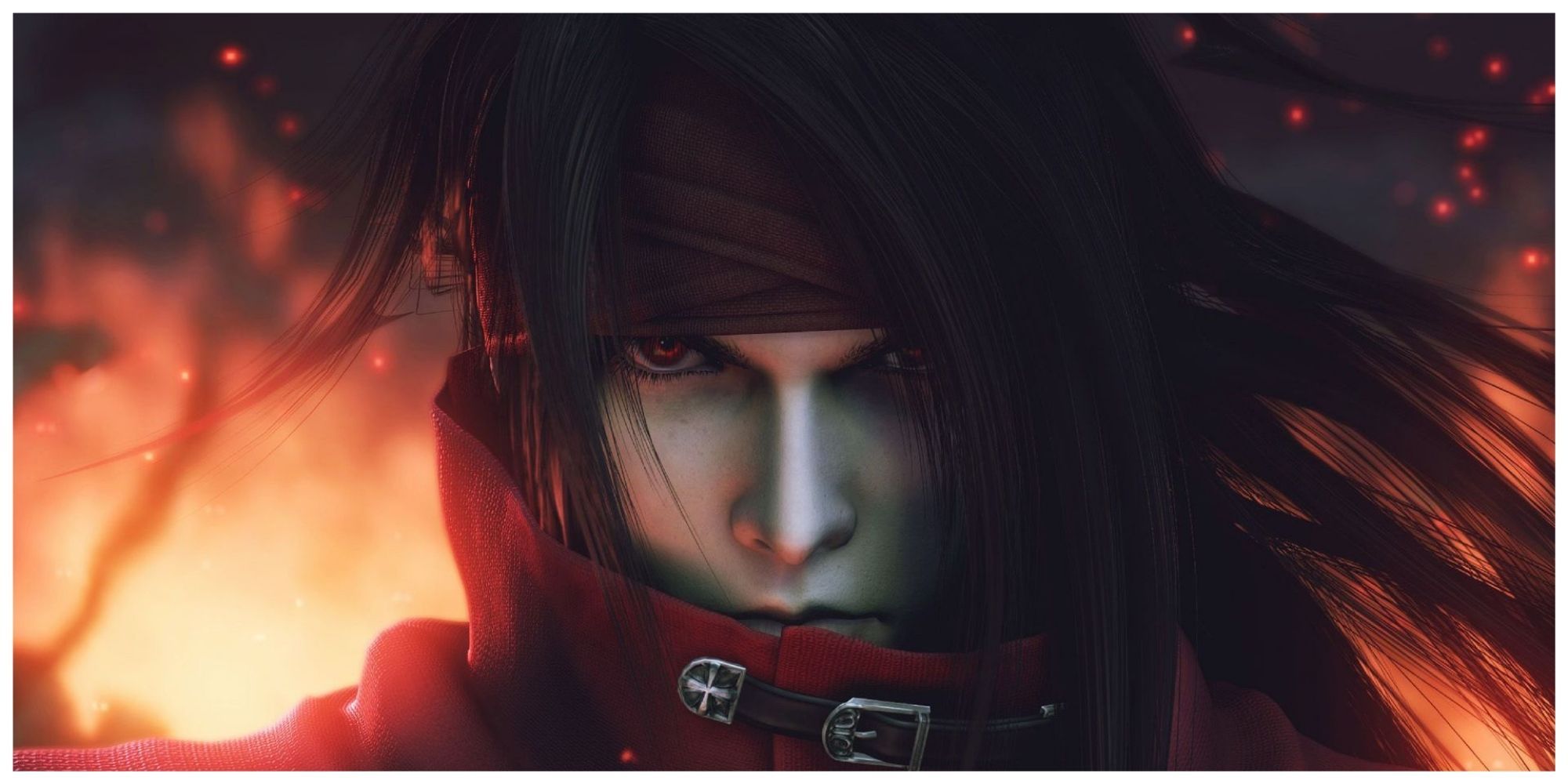 Final Fantasy VII has its share of brooding characters, one in particular being Vincent Valentine. This character is introduced to you while lying in a closed coffin, in the basement of a creepy mansion. Not to mention there are other coffins filled with skeletons dwelling there with him. Brooding enough for you?

Dressed in black with a long red cloak, Vincent looks like he's ready to transform into a bat at any moment. His limit breaks are monsters that are, arguably, more intimidating than those in Elden Ring, but in a more polygonal way. He is a former research administrator of the notorious Shinra Corporation, and broods because he failed to stop the love of his life from making the worst decision of hers: becoming an experiment and giving birth to Sephiroth. 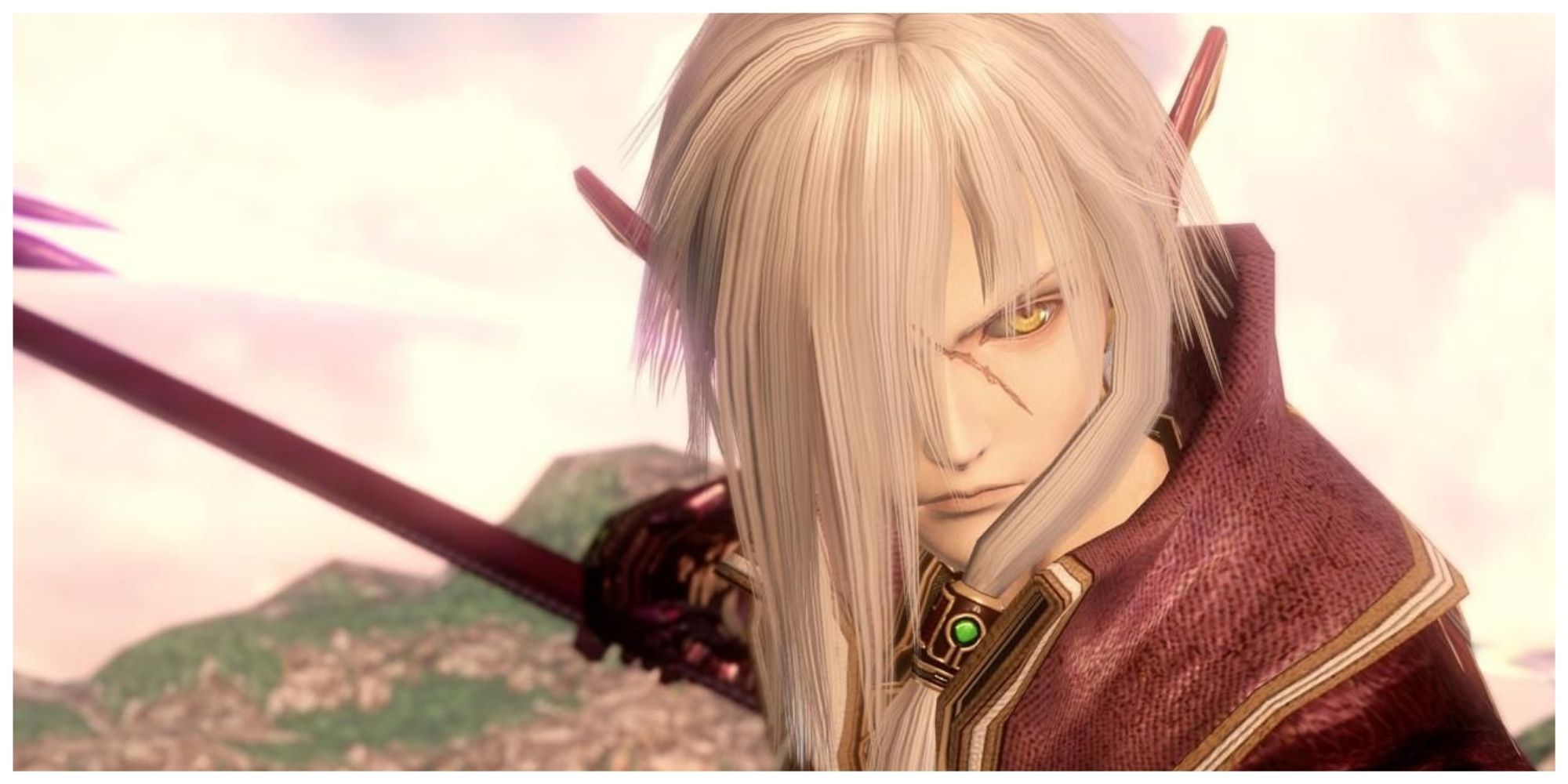 Arumat, an elite military unit, lost his squad during an ambush and was the only survivor. To go even further, he has a terminal muscle disorder that he’s currently fighting through. Reason enough to brood, right?

What makes Arumat even more broody is his name: Arumat Thanatos. Thanatos is a Greek word that means 'personification of death', and he mentions to Edge how he is "death incarnate” during one of your dialogues. Finally, his personality screams 'leave me alone and let me die alone' as he very rarely engages with the team — and when he does, like in private actions, he’s pretty mean. In one instance, he pushes the main protagonist onto the floor simply for touching him. 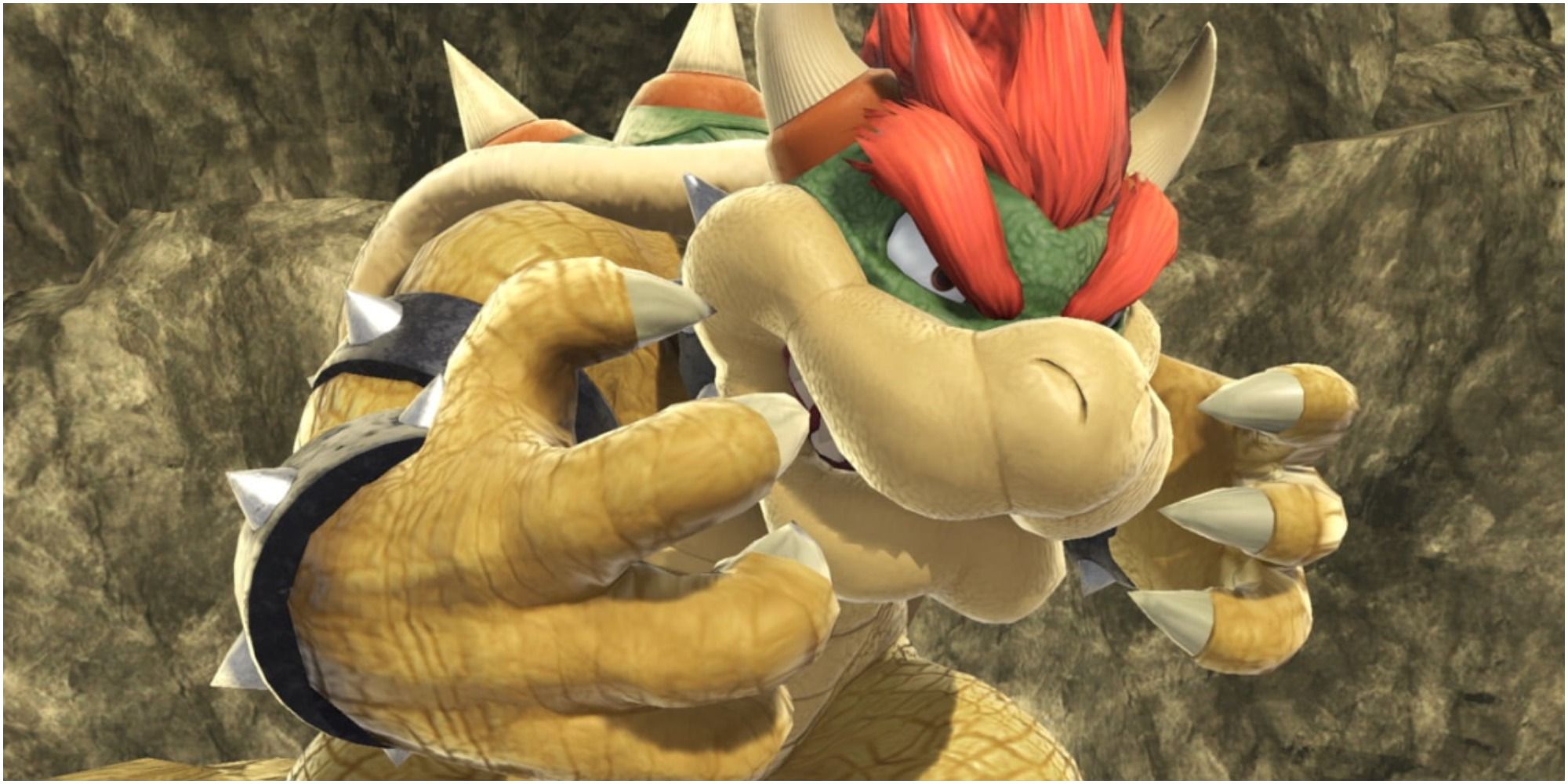 Do you remember Bowser? That mean old bully who’s always kidnapping people and causing terror? Well, if you ever wanted to see him weep like a baby, you'd better revisit Super Mario RPG: Legend of the Seven Stars.

Though he’s not particularly 'broody' in the traditional sense, he’s an emotional rollercoaster. After being kicked out of his castle by Smithy, an interdimensional blacksmith monster, Bowser joins your party. During this very scene, you can find him weeping. He’s also fully equipped with laughable, narcissistic, and pessimistic dialogue. 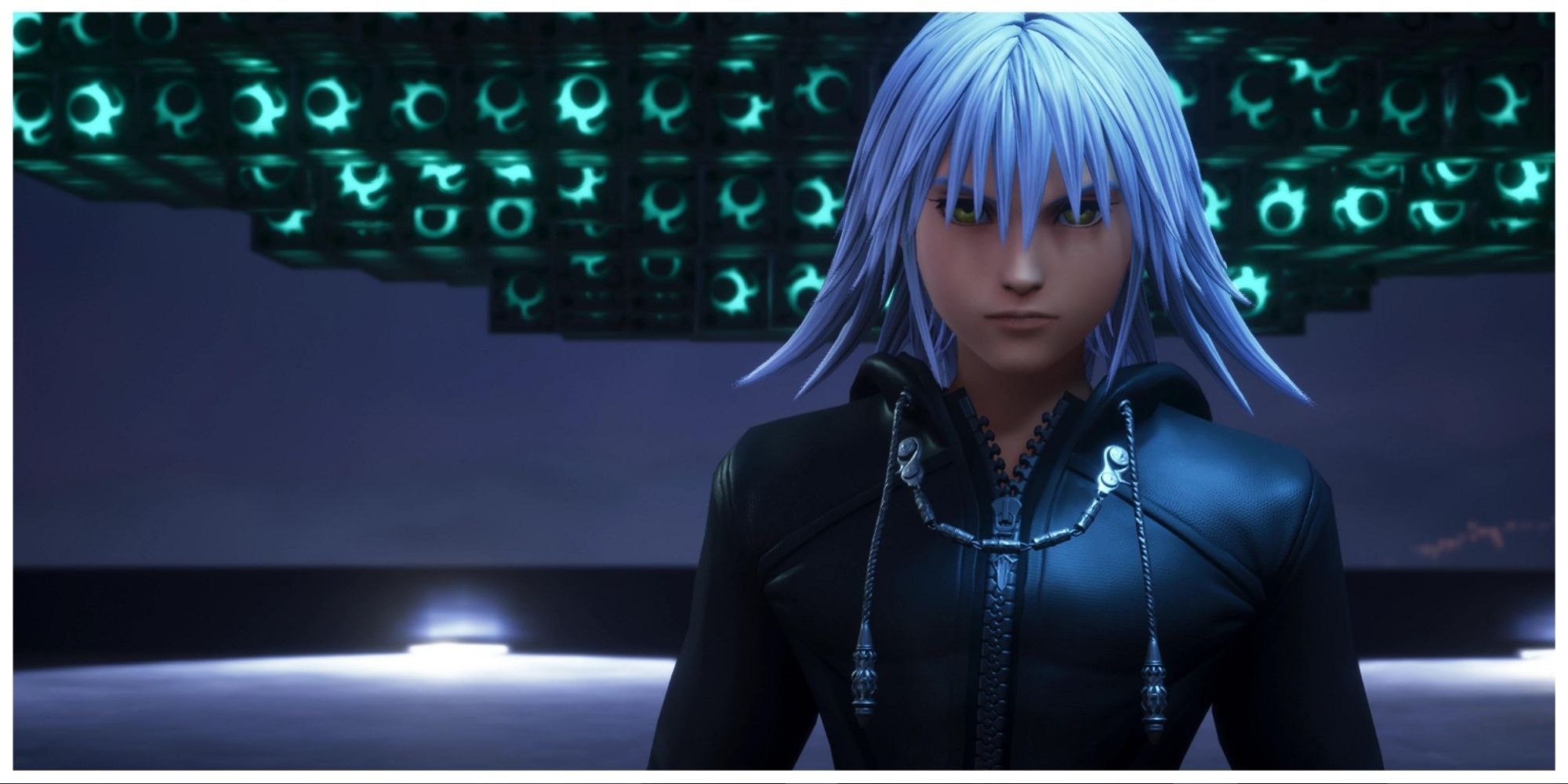 What do you get when you mix a little bit of brood, jealousy, selfish ambition, manipulation, and possession? Riku. Though many characters are bright and shiny in the series, Kingdom Hearts brings us Riku, a broody teenage boy with a desire to run away from home. He becomes so engulfed with the idea of leaving Destiny Island that he opens up the 'keyhole' to the island and pretty much all heck breaks loose.

Riku never does acknowledge pretty much being the reason why the island and all of its inhabitants (including his parents) are destroyed. Come on Riku, you could have just talked about it before you went all edgy. After being manipulated by Maleficent, possessed by Ansom, and having the mess beat out of him by Sora, Riku slowly makes a turn to fight alongside Sora in later installments, while still maintaining his darkness. 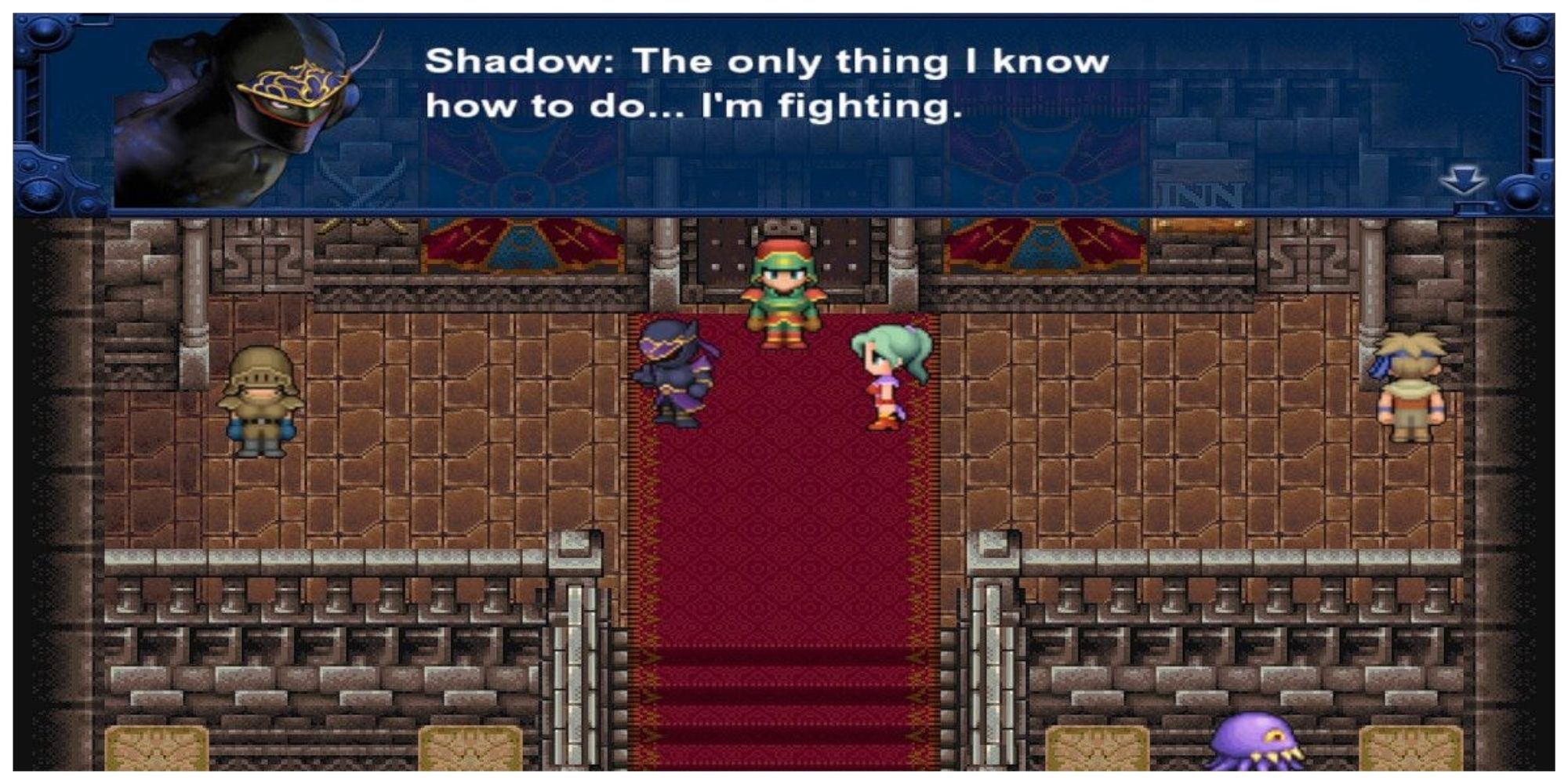 Final Fantasy VI, a game that brought us one of the most terrifying clowns in gaming, also brought us one of the most broody antiheroes ever: Shadow. In his past life he was a train robber, targeting trains with his accomplice, Baram. Presently, he is an assassin dressed as a dark and mysterious ninja. What makes Shadow so brooding is his weird pattern of abandonment and sheer lack of commitment to anything other than himself.

He left his old partner-in-crime for dead. He abandoned his wife and his daughter, because he felt his old life as a criminal would catch up with him. He abandons the party on four different occasions, At the end of the game, after defeating Kefka, he intentionally runs off into the corner while the tower is crumbling, abandoning his ever-so-faithful dog — only to be crushed alive saying “Baram! I’m going to stop running now”. 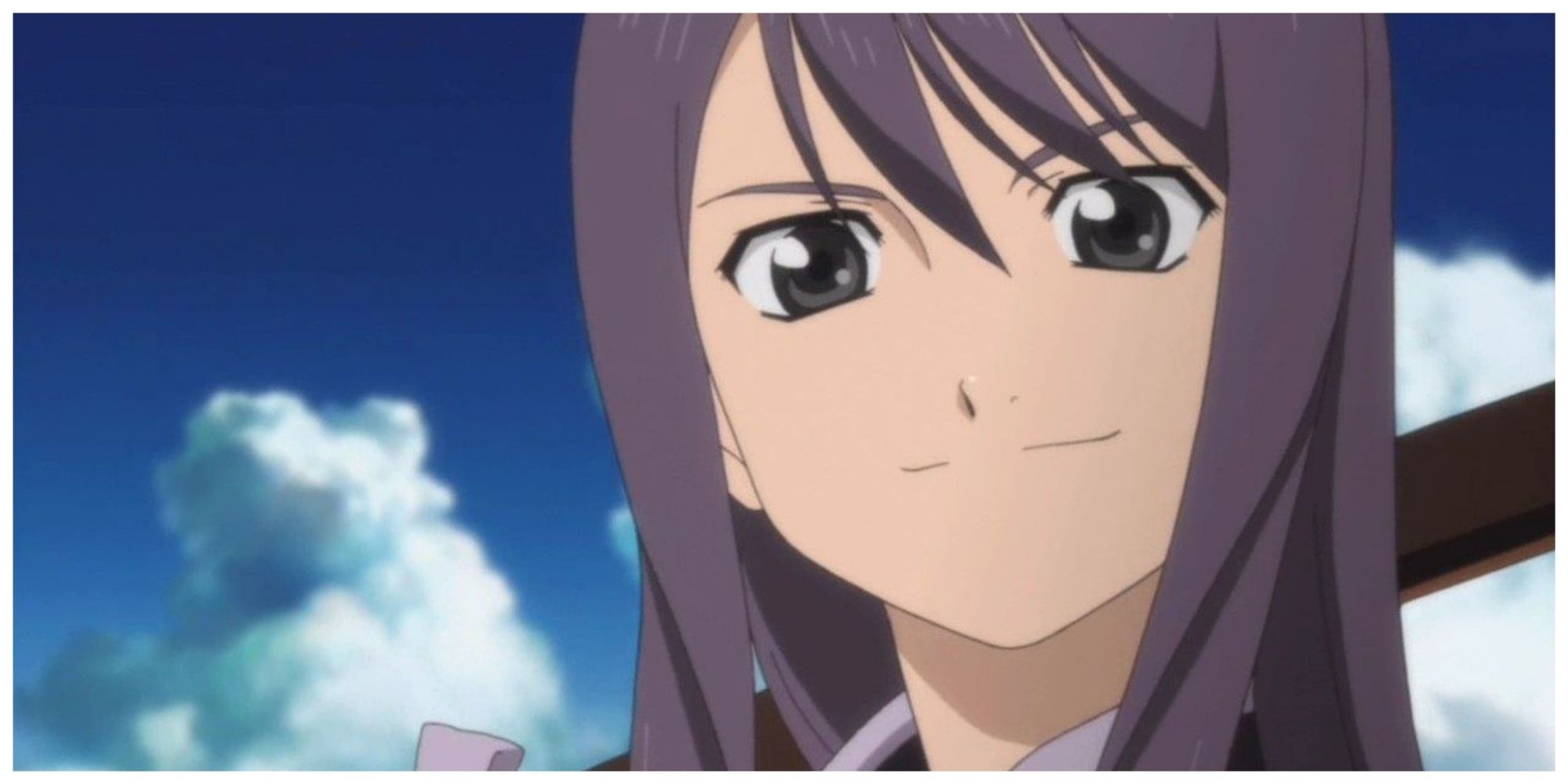 If you ever wanted a prime example of an antihero in JRPGs, then Yuri is your model. He is a vigilante who disregards the law and takes it into his own hands. He is not welcoming by far, is full of mockery and mean pranks, has a sarcastic comeback for every word you say, is chock full of dark humor, and keen on that 'I don’t care' attitude. He holds no bars to the rest of the cast.

It’s completely safe to say that Yuri is a murderer. Not because he punishes antagonists for their crimes against humanity when the law doesn’t suffice, but because of his his cold disposition during and after he slays his rivals.

4 Albel the Wicked: Star Ocean 3: Till the end of time 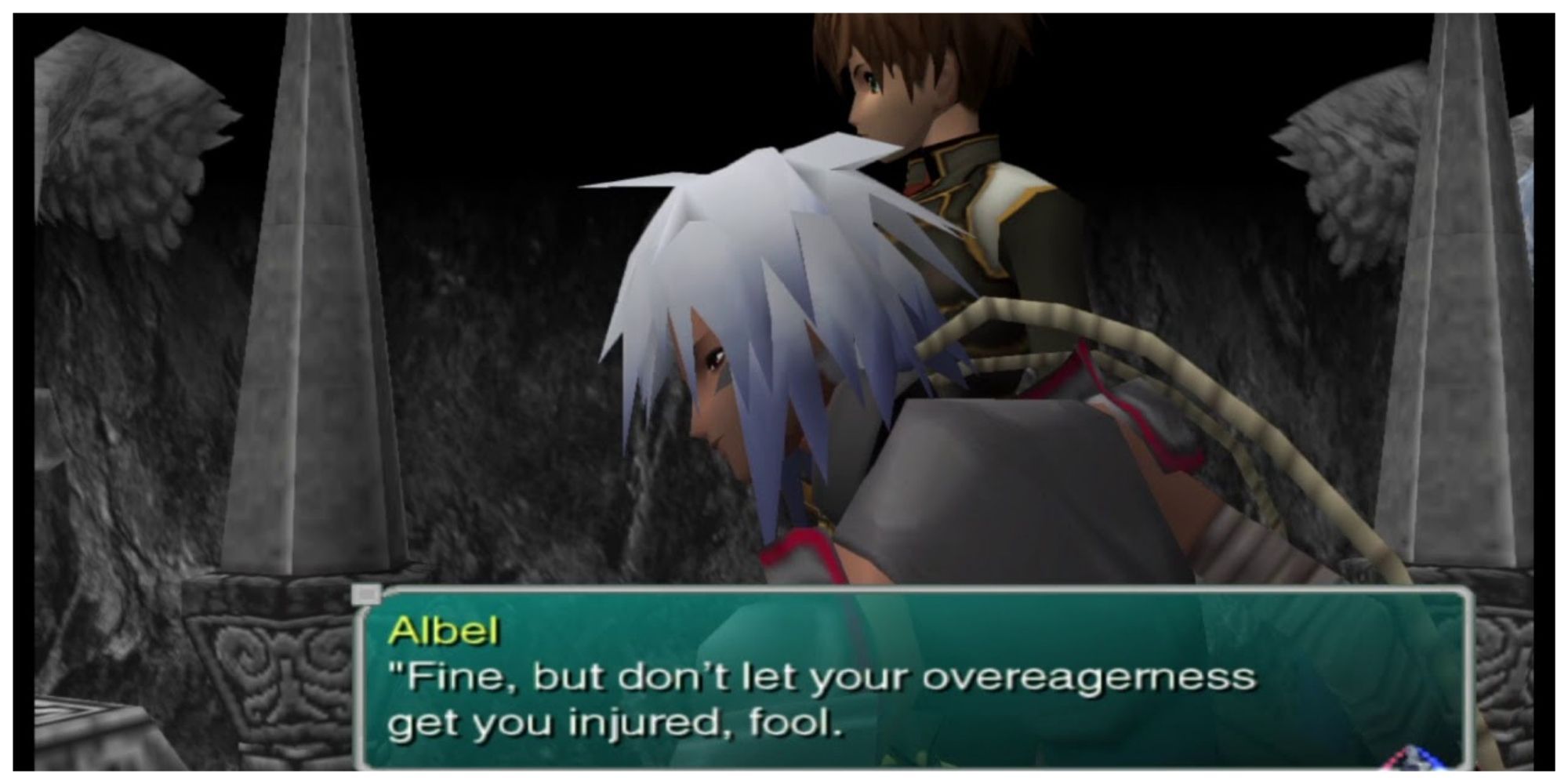 Albel comes fully loaded with all of your traditional brooding, antihero ingredients: a tragic backstory, terrible attitude, and some sort of physical manifestation of their emotional brokenness. Albel lost his father to a dragon attack during one of his ceremonies to become a dragon knight.

He also lost his arm, and replaced it with a metal claw. To go even further, Albel’s nickname is 'Albel the Wicked' because of his hostile nature. He starts as an antagonist, fighting against Fayt and his allies to thwart their progress, but after he loses to your party so many times, he just joins your party anyway — even if you reject him. 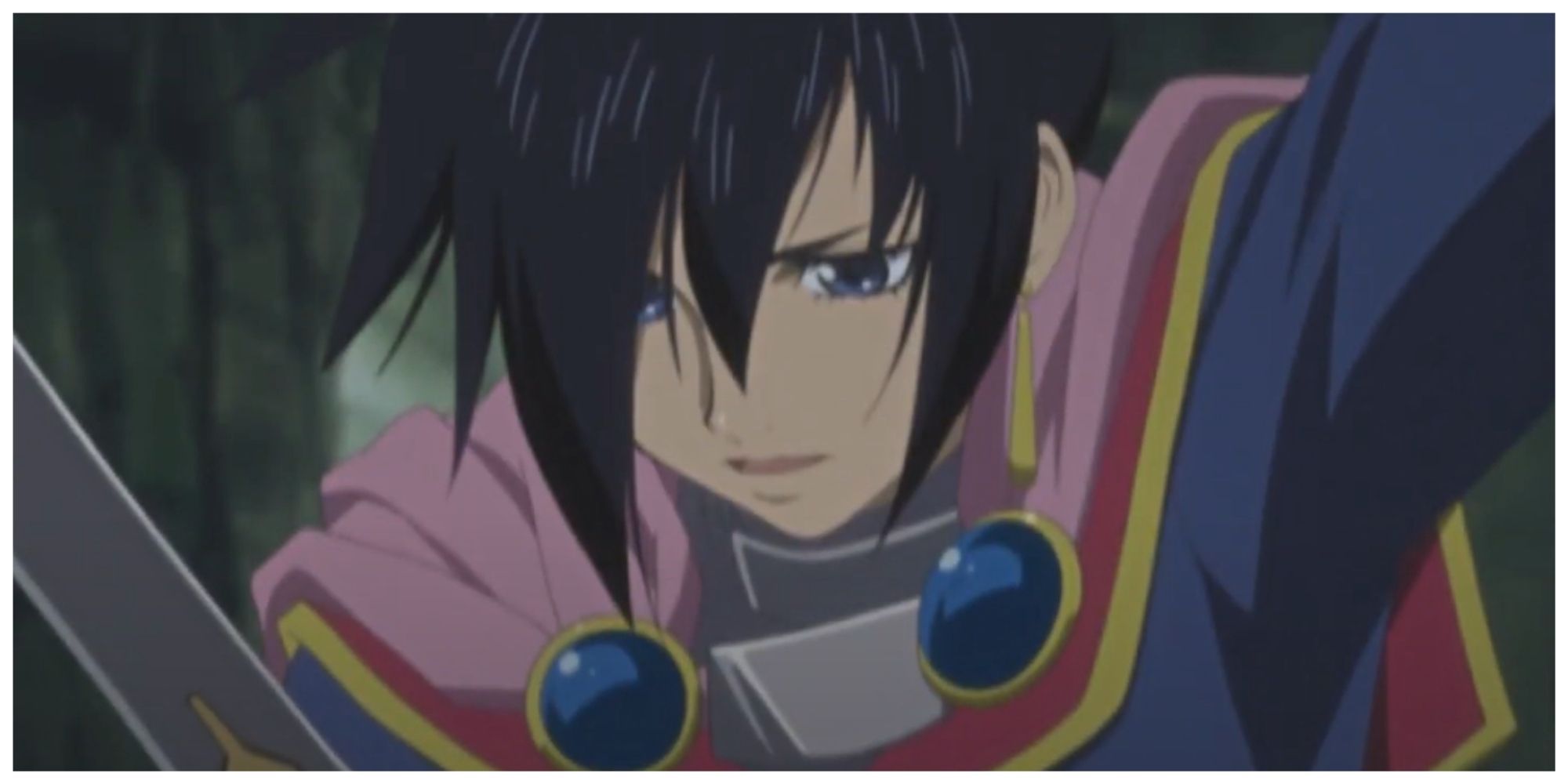 Leon has such a tragic life. His father got possessed, killed his mother, and emotionally abused him by training him to be a ruthless swordsman. Leon is manipulated further by his father by threatening his maid, whom Leon had a close relationship with due to her appearing like his mother — forcing Leon to do what he requests or see her killed.

Leon is forced to join the main protagonist to obtain the Eye of Atamoni, a powerful energy source, but right at the end Hugo then tells Leon to betray the very group that helped him obtain it. Leon decides it would be better to kill the remaining four members of the group — including his sister — in order to save his late mom’s lookalike from the hands of Hugo. All while saying “I’ll kill my parents, brothers, or sisters, to protect what’s important to me”. 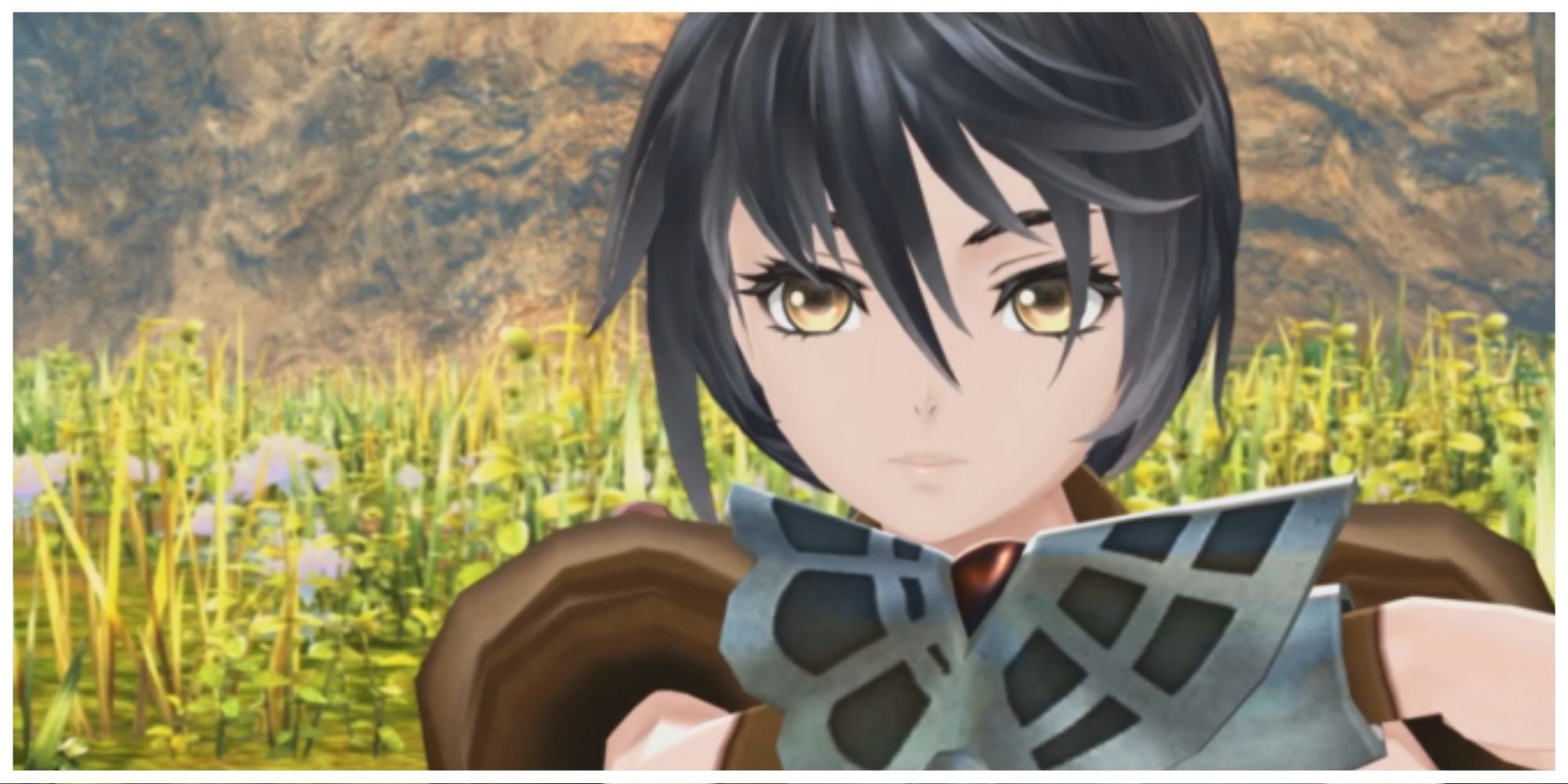 Velvet Crowe is not a fun character to be around, and you may have difficulty siding with her because of her actions. She’s plain evil. Her tragic backstory starts during a time called the 'Scarlet Night' — a time when monsters appear across the land. Velvet’s sickly brother goes missing, and she goes to look for him. Velvet finds her brother and her late sister’s husband, Arthur, sacrificing her brother during a twisted ceremony.

Attempting to stop the ritual, Velvet ends up getting her arm cut off, and it is replaced with a monster's claw. To make matters worse, Velvet is thrown into a cell for three years, fighting off monsters. This makes her spiral — to get revenge on Arthur, she doesn’t care who she has to kill or hurt to make that happen. 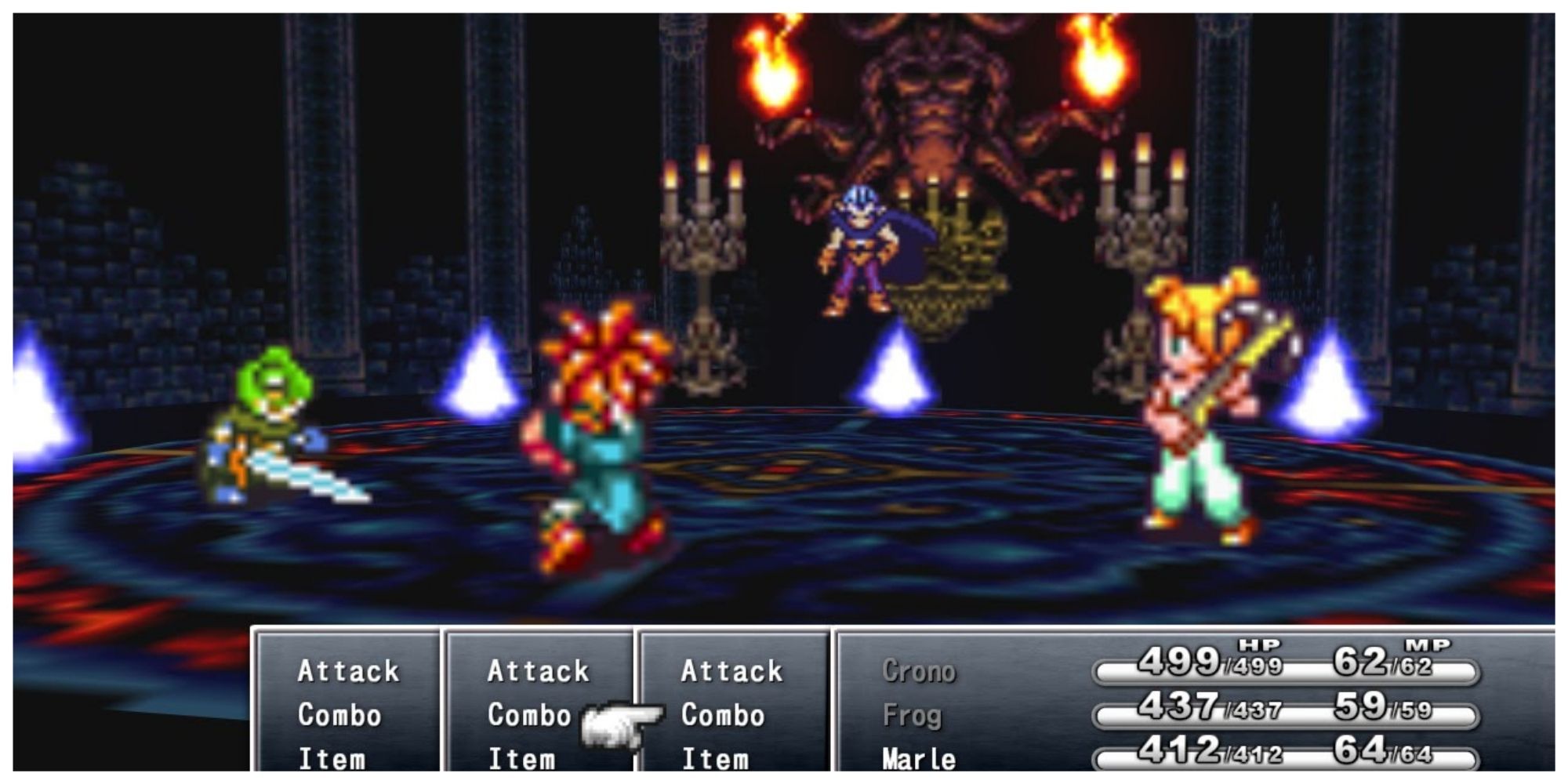 Chrono Trigger is known for having one of the best stories in RPG history. Throughout Serge's journey he meets an ensemble of characters; some delightful, others frightful. One is the sinister Magus. His name means 'Demon King', so you know brooding is a must for this character. When you approach Magus during one of the toughest boss battles at your level, he is found performing a rather questionable, creepy ritual.

Despite being an enemy, he later joins the cast as an optional character to help defeat Lavos. He is fully equipped with some brooding quotes, such as “We were created only to be harvested. All people… and all living things…"