You are here:
Home / 10 Great Games That Use The Unity Game Engine

10 Great Games That Use The Unity Game Engine

The Unity game engine from Unity Technologies was first made available in 2005 and was initially designed to be used exclusively to develop games for systems using Mac OS. Over the years, 24 additional platforms have been added, including Windows, PlayStation 4, Xbox One and Nintendo Switch.

There have been numerous Unity builds since 2005, with the current build being 2019.3. Unity is primarily designed for development of 3D games, but can be used for the creation of 2D games (like side-scrollers) as well. One of the best aspects of Unity is that it’s free to use for individuals regardless of income, and also for small companies with a yearly income of $100,000 and under. 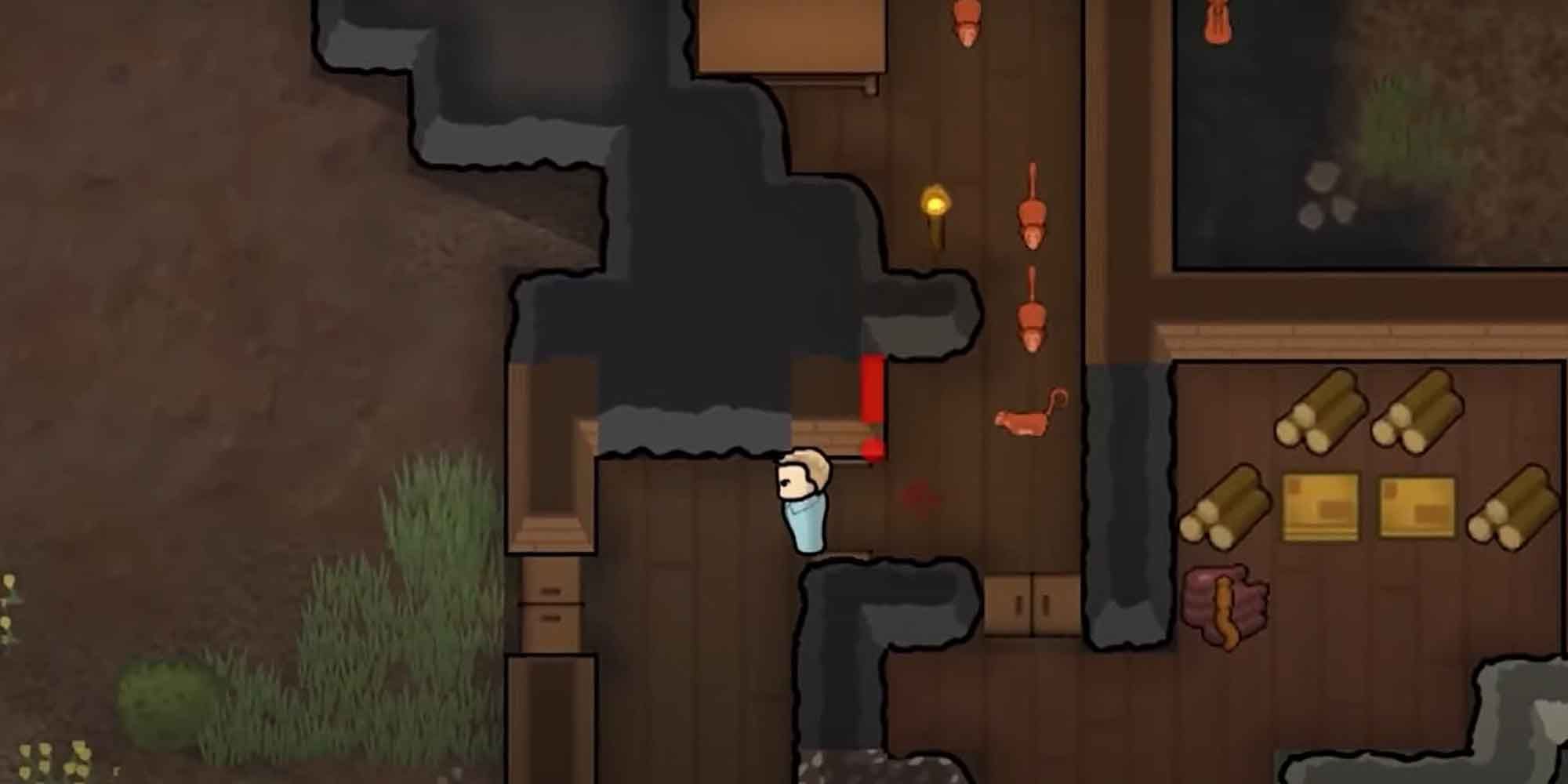 This game is for all those Prison Architect fans who finished the game and wished there was a version where you're in charge of an off-world colony instead of a prison. That's Rimworld. The visual style is very close to Prison Architect; though, instead of being confined to a prison, you can roam the countryside of the alien world in search of resources.

Rimworld is one of those games that keeps you thinking, "I'll play until this task is done". The next thing you know, the sun rising. The graphics might be simple, but the depth of gameplay options in Rimworld make it a unique, and engrossing experience. 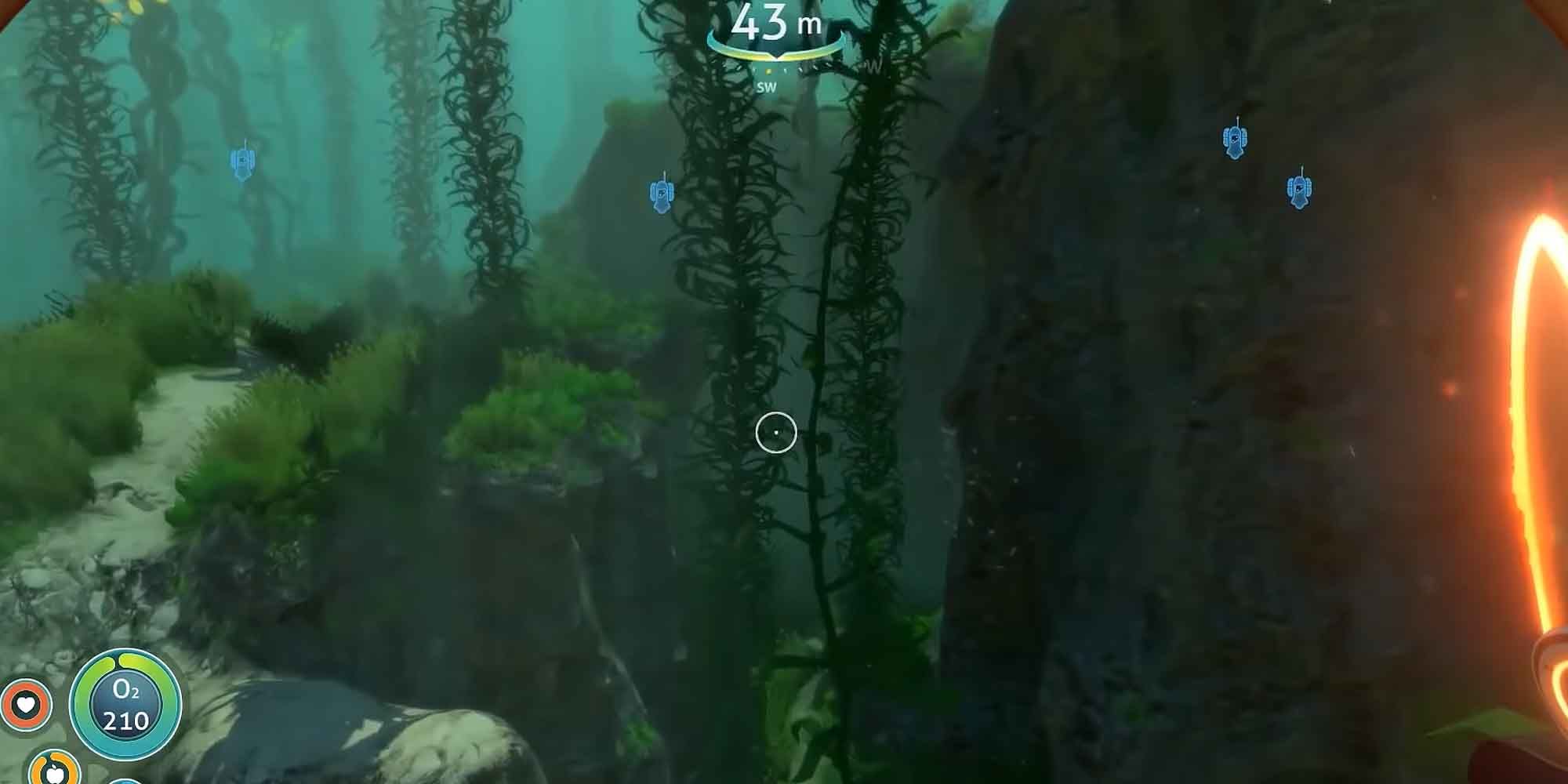 The gorgeous underwater world of Subnautica is hypnotic, and the exploration of the unknown keeps you returning again and again. Hearing the call of a leviathan while swimming in the ocean is absolutely horrifying. Subnautica is another visual treat that really shows what games made in Unity can produce.

If you like your games with a little adrenaline rush included, give Subnautica VR a try. This version has better controls, and makes encounters with terrors of the deep a million times more frightening. 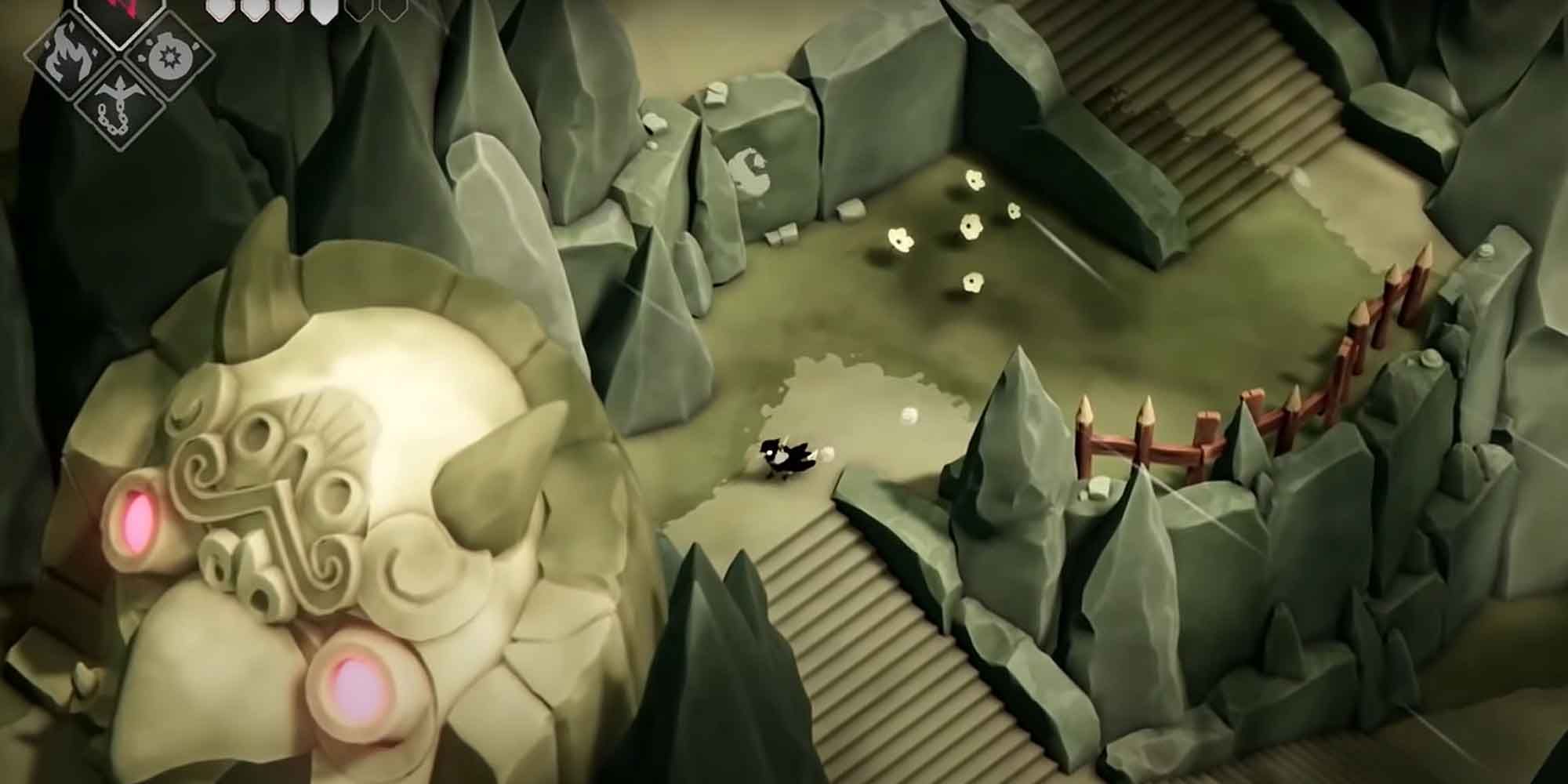 Death's Door is one of those games you try at a friend's house, thinking the whole time you can't believe you've never heard of this game. It plays like Legend of Zelda and Diablo. It has the dark atmosphere of Dark Souls or Secret of Nimh.

In this game, you control a crow as it journeys across the land, battling fearsome creatures and large bosses. The game is played from an isometric top-down view, similar to Diablo; however, the gameplay feels much more like an early Zelda title. The visuals in this game are truly impressive. 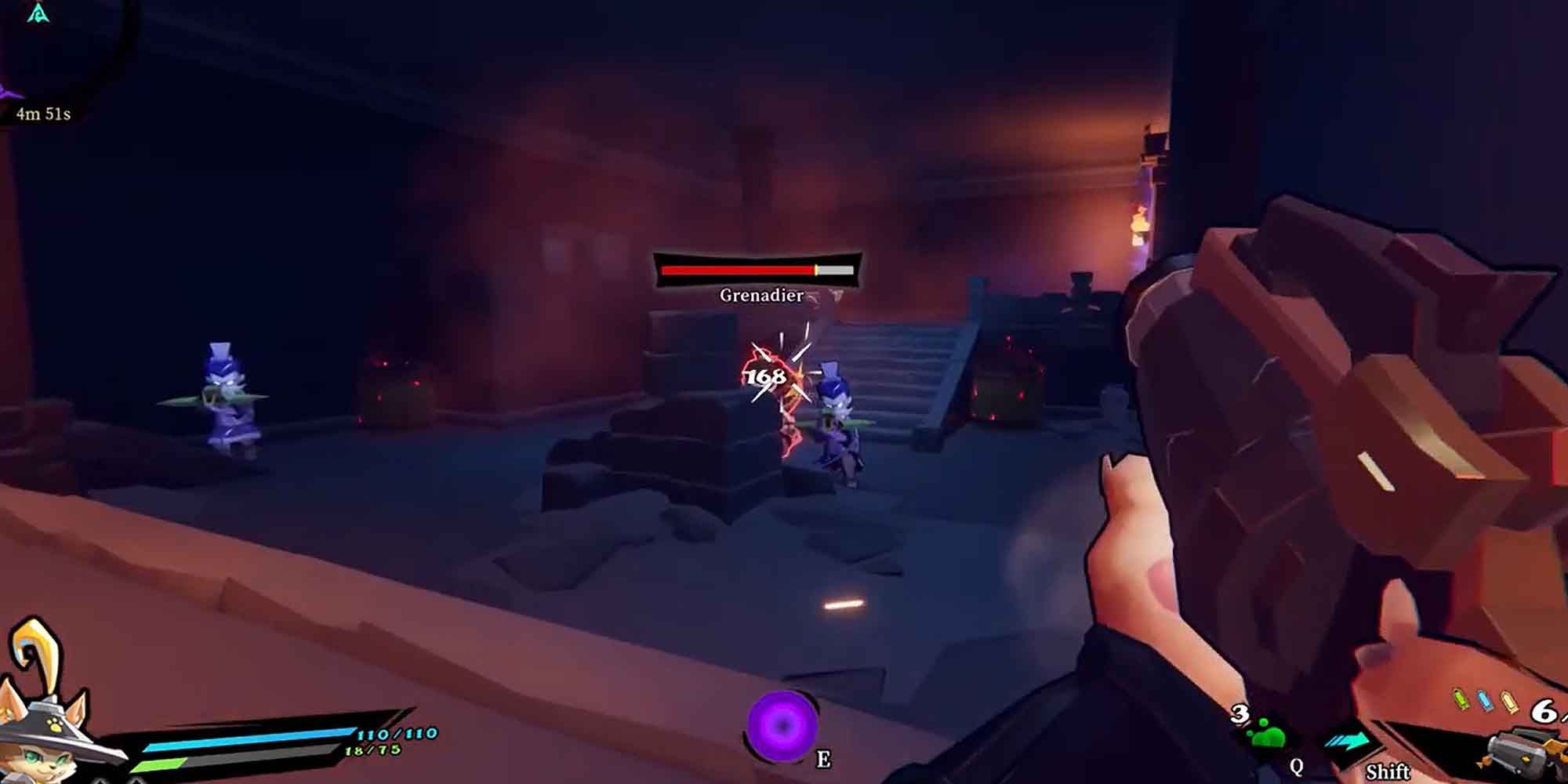 Gunfire Reborn shows off what the Unity engine is capable of handling in terms of gameplay. This is a fast-paced first-person shooter that gives you an arsenal of powerful weapons to choose from. The randomized levels help keep the game fresh through multiple playthroughs.

This is one of the smoothest running first-person shooters out there. Even with enemies running around, explosions going off everywhere, weapon effect light shows popping-off, and frantic player movements, this game's frame rate stays constant. 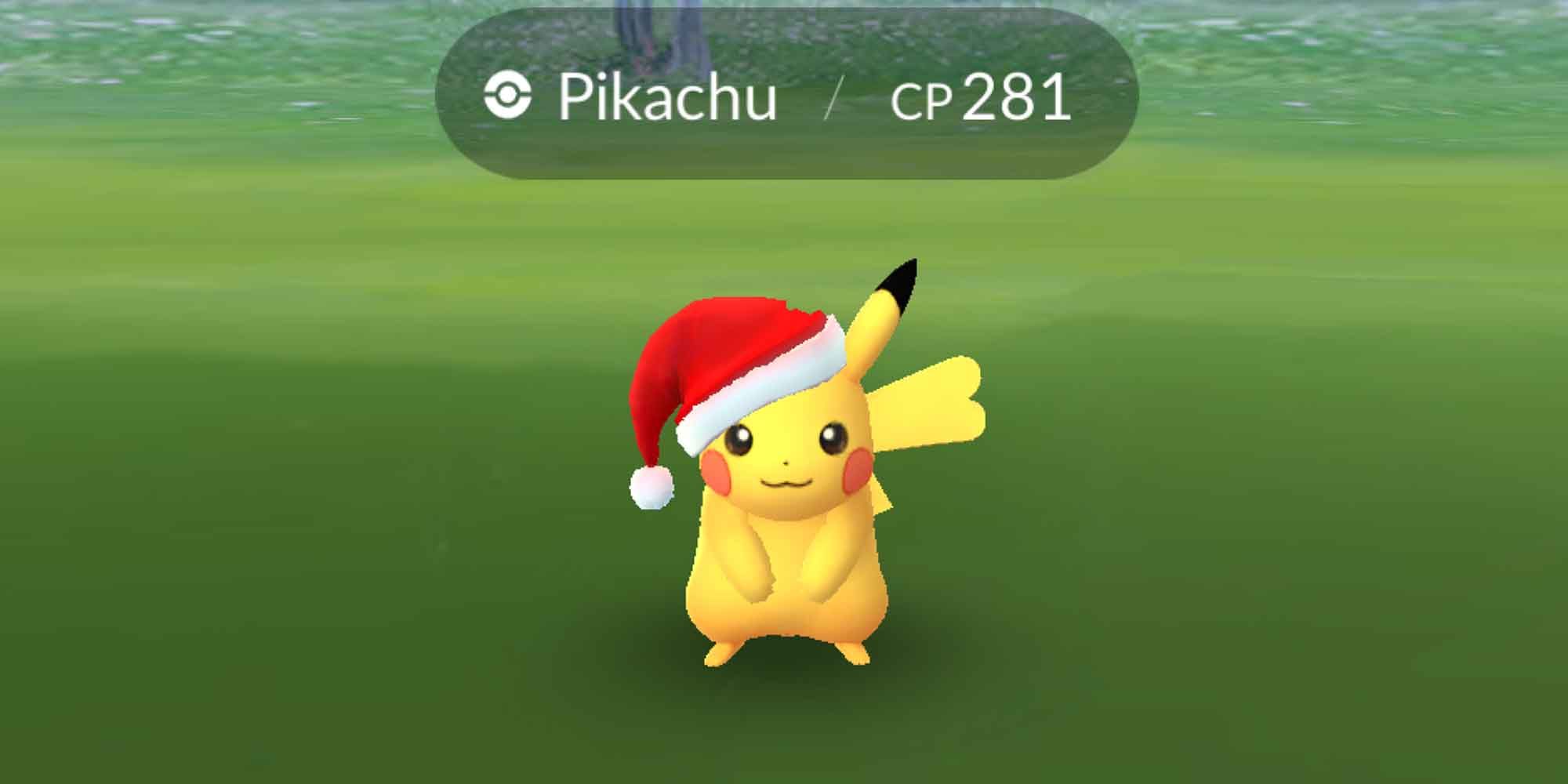 This game keeps getting better with time. If you stopped playing Pokemon Go shortly after downloading it, you might be surprised how much content has been added. There are also plenty of new Pokemon to catch and collect. Many ease-of-use updates have also been made since the game's release, like an increase in spawn locations and improved PVP battles.

The Battle League introduced in 2020 gave gamers what they wanted — a global Pokemon league with multiple classes based on the Combat Power of the Pokemon. 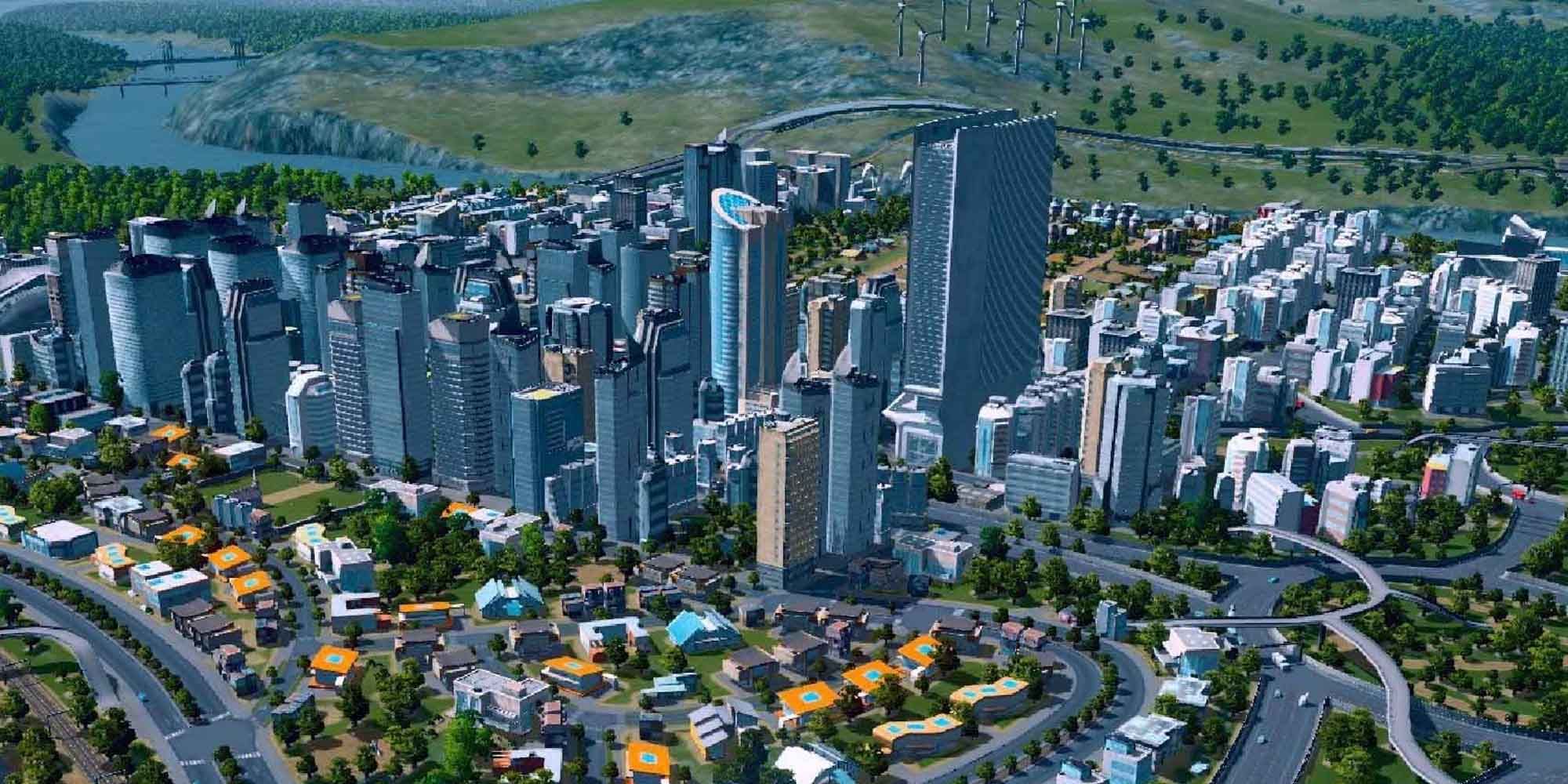 A few years after Maxis/EA disappointed gamers with their 2013 release of Sim City, Paradox Interactive and Colossal Order decided the time was right to provide an alternative to the de facto city-building sim. This game may owe a lot to Will Wright and Maxis, but it is a phenomenal game that surpasses the 2013 Sim City game in every way.

Cities: Skylines can handle fairly large geographical areas filled with hundreds of buildings and almost a million citizens. To handle this computational workload and still present a visually impressive experience, the developer (Colossal Order) went with the Unity engine. 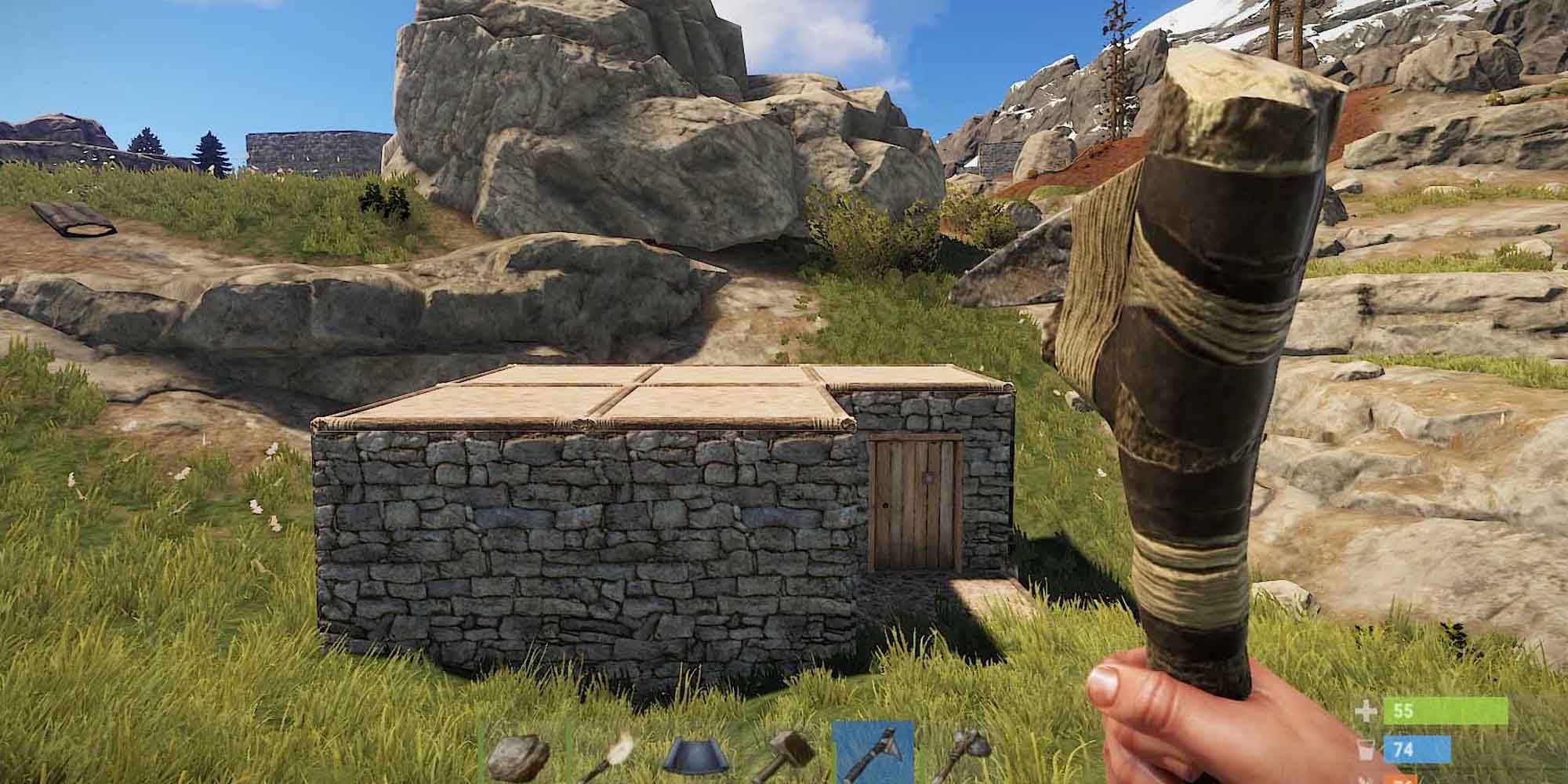 Rust attracts a certain type of gamer — that is, gamers who welcome the challenge of taking on the world. Rust is basically a more realistic and unforgiving version of Minecraft. You are dropped into a large open-world environment armed only with a rock and a torch. It's up to you to craft and find better weapons, and build bases and defensive structures.

As with most games in this genre, player-created clans quickly form as you seek to survive. The level of difficulty this game presents turns off some, which has led to somewhat mixed reviews. The freedom, challenge, and setting make Rust as much of a compelling anthropological experiment as it is a game. 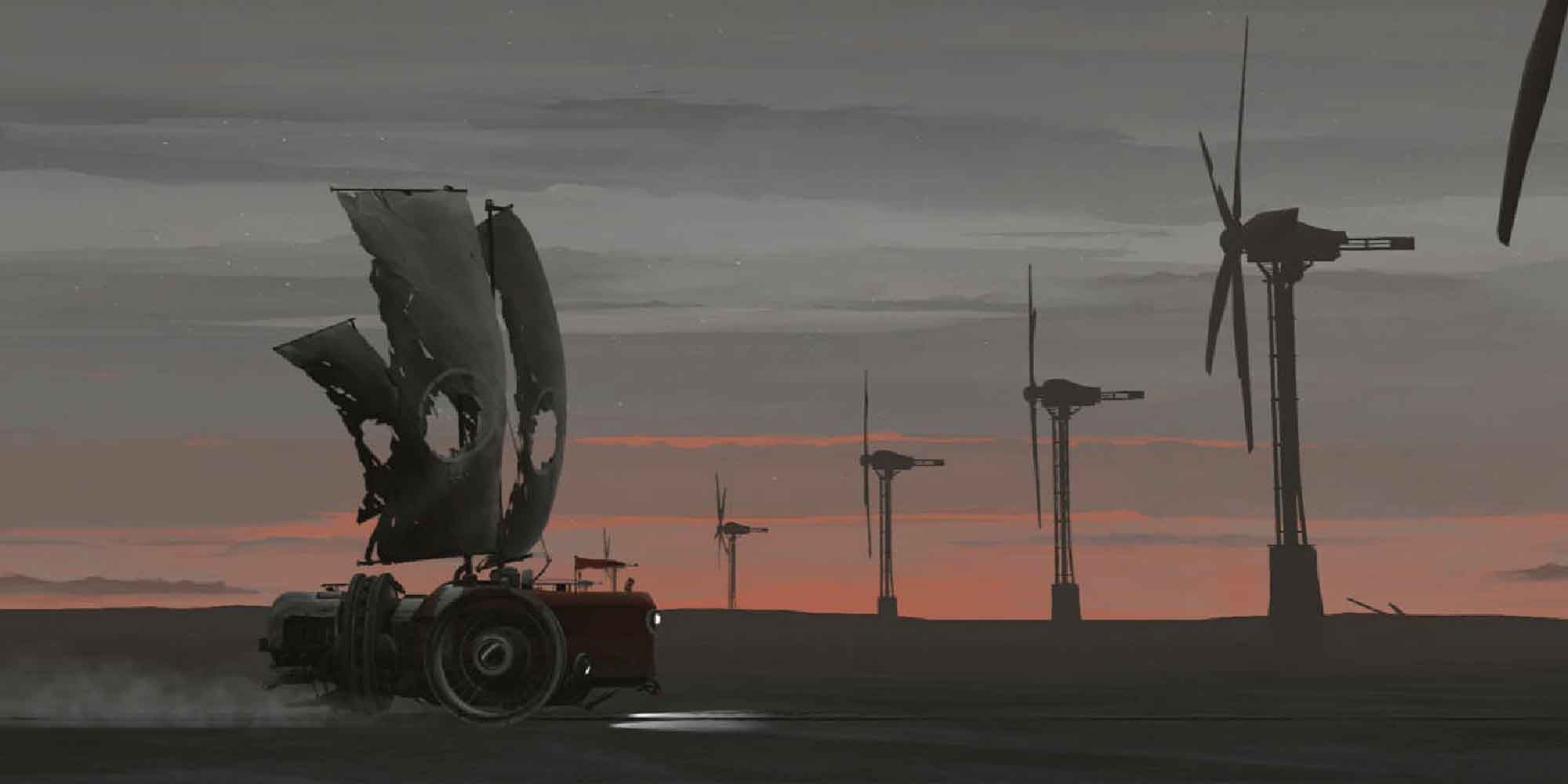 FAR: Lone Sails is not for everybody. That is because FAR: Lone Sails is more of a journey than a game. The setting is that of a post-apocalyptic wasteland, and you must traverse the countryside on a quest to discover what is left of the world.

The game starts your character out on foot, but a vehicle is soon found. This vehicle is similar to those in the movie Mortal Engines. There is a convenient cross-section view of the interior for easy navigation. If you love an adventure complete with beautiful, sweeping landscapes, you should check this game out. 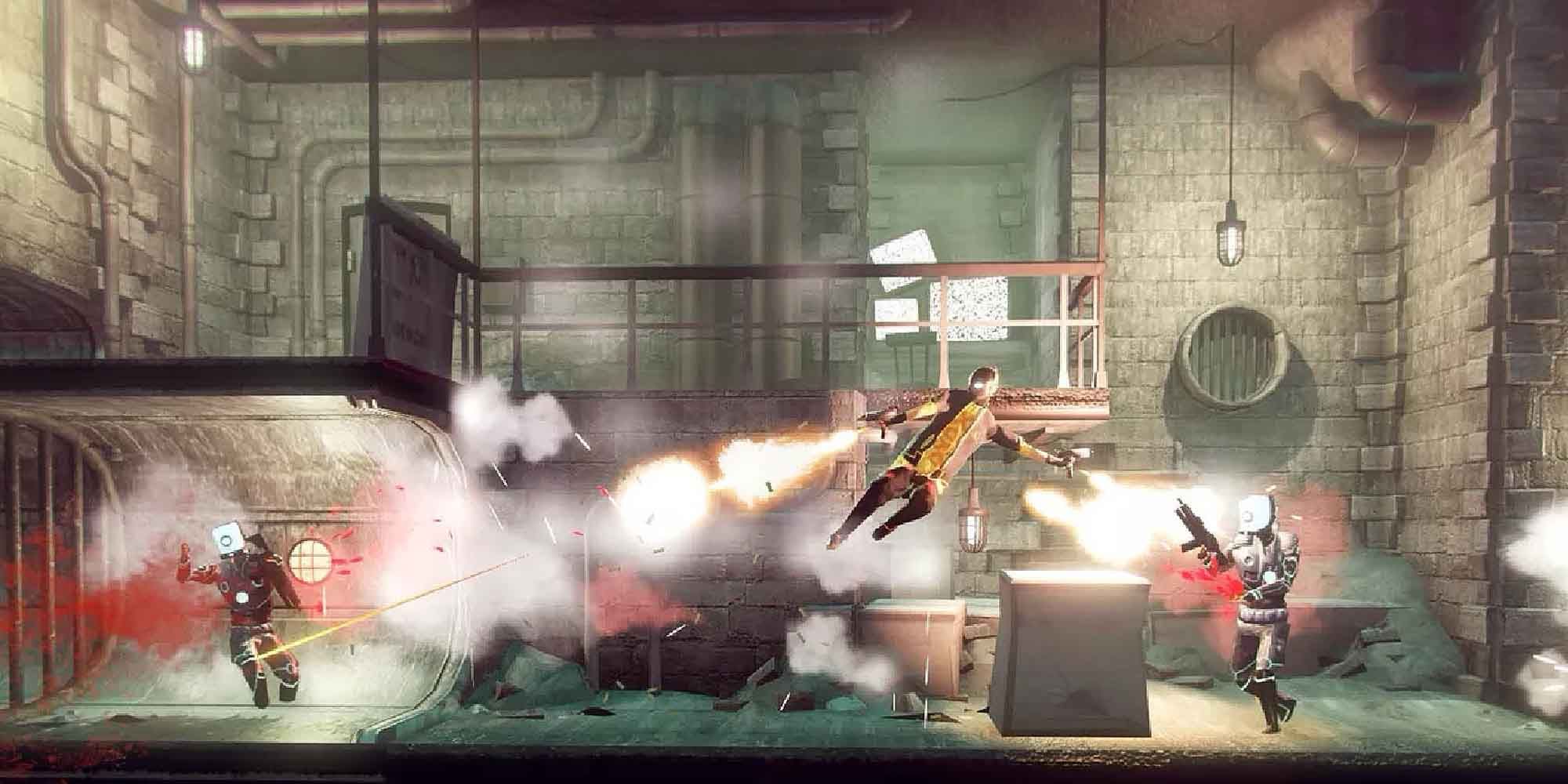 The last entry dealt with a long, epic adventure with occasional moments of downtime. My Friend Pedro is quite the opposite. This is an intense 2D action/platformer filled with moments requiring superior hand-eye coordination.

In My Friend Pedro, you control the protagonist through various levels, defeating enemies with the help of bullet-time, an interactive environment, and parkour skills. Combining these available skills to perform feats like leaping through a window while shooting enemies during a slow-mo somersault is immensely fun and rewarding. My Friend Pedro has already achieved a cult following since its release. 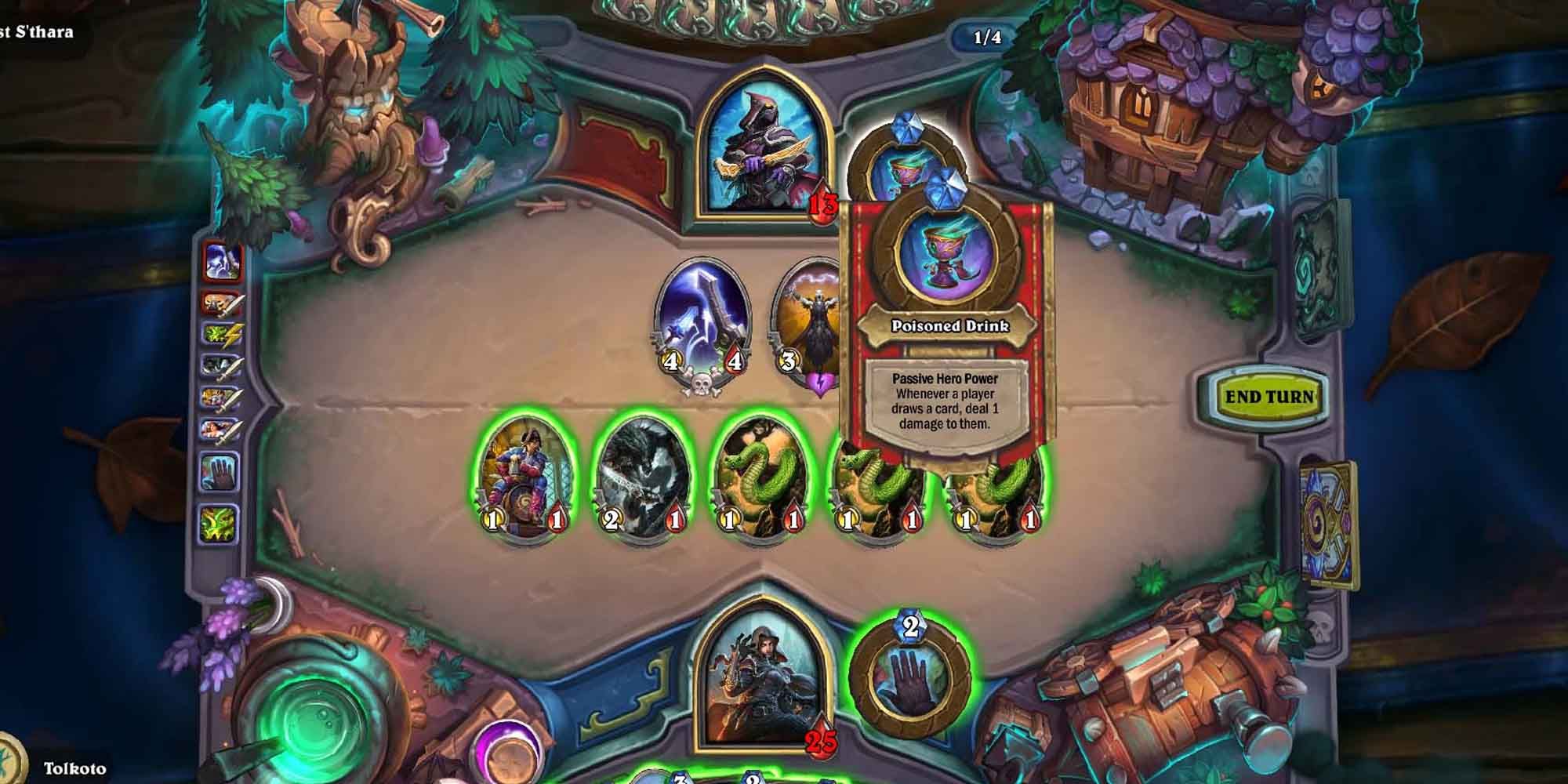 Hearthstone, from Blizzard, is a digital collectible card game set in the Warcraft universe. It plays much like Magic: The Gathering without the mana generating lands – mana is automatically generated each turn. The game has risen in popularity to the point it is being played professionally — the Hearthstone World Championship typically has a prize pool in the hundreds of thousands of dollars.

The game has it fair share of critics though, who feel the game relies too heavily on a pay-to-win model. The Unity engine was reportedly chosen by Blizzard because it would allow the game to run faster. 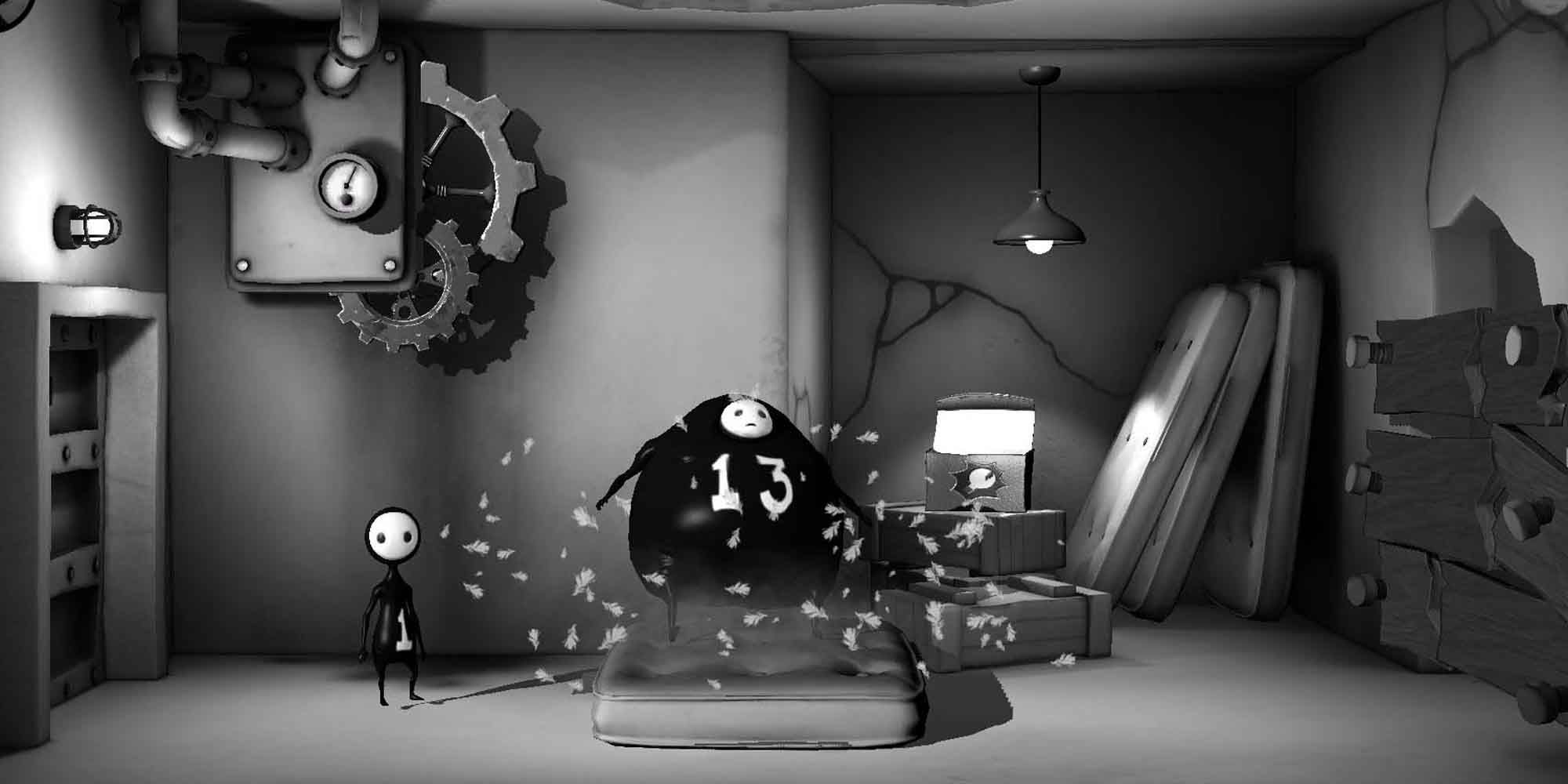 Escape Plan was originally released in 2012 as a Sony Vita exclusive and made good use of the handheld’s motion controls and touch screen. However, it saw a later release on the PS4 in 2013. This is a charming puzzle game featuring vivid black and white graphics.

You must guide the two protagonists, Lil and Laarg, through rooms filled with obstacles that often result in gruesome deaths if not avoided. Escape Plan was praised by critics and players for its striking graphical design, challenging puzzles, and for the little details added by the developers — like the number of times each of the two protagonists have died being displayed on their torsos. 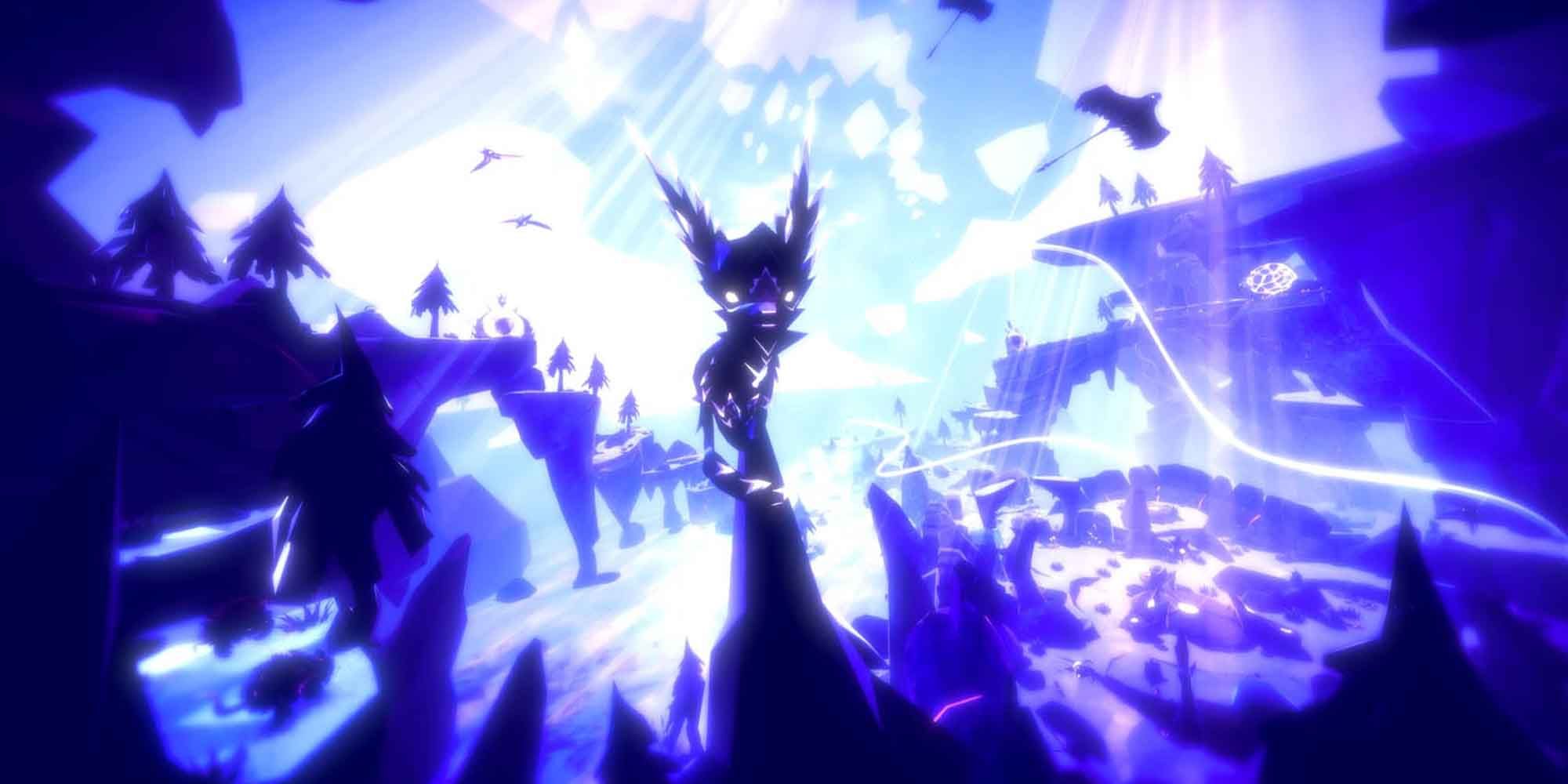 Fe is a fun 3D action-adventure game set in a starkly colored world where you control a small animal that resembles a fox but behaves more like a flying squirrel. The goal is to stop the mechanical invaders that are attacking the animals in the game-world. To interact with the world and the creatures therein the character learns songs that produce an effect when performed. This is somewhat reminiscent of gameplay found in Spore during the Creature Phase.

At times, Fe feels like it was also inspired by games like Journey and Shadow of the Colossus. The game has received some criticism for being a bit too short, but that is typically a sign the game is worth playing — nobody complains about a terrible game being too short. 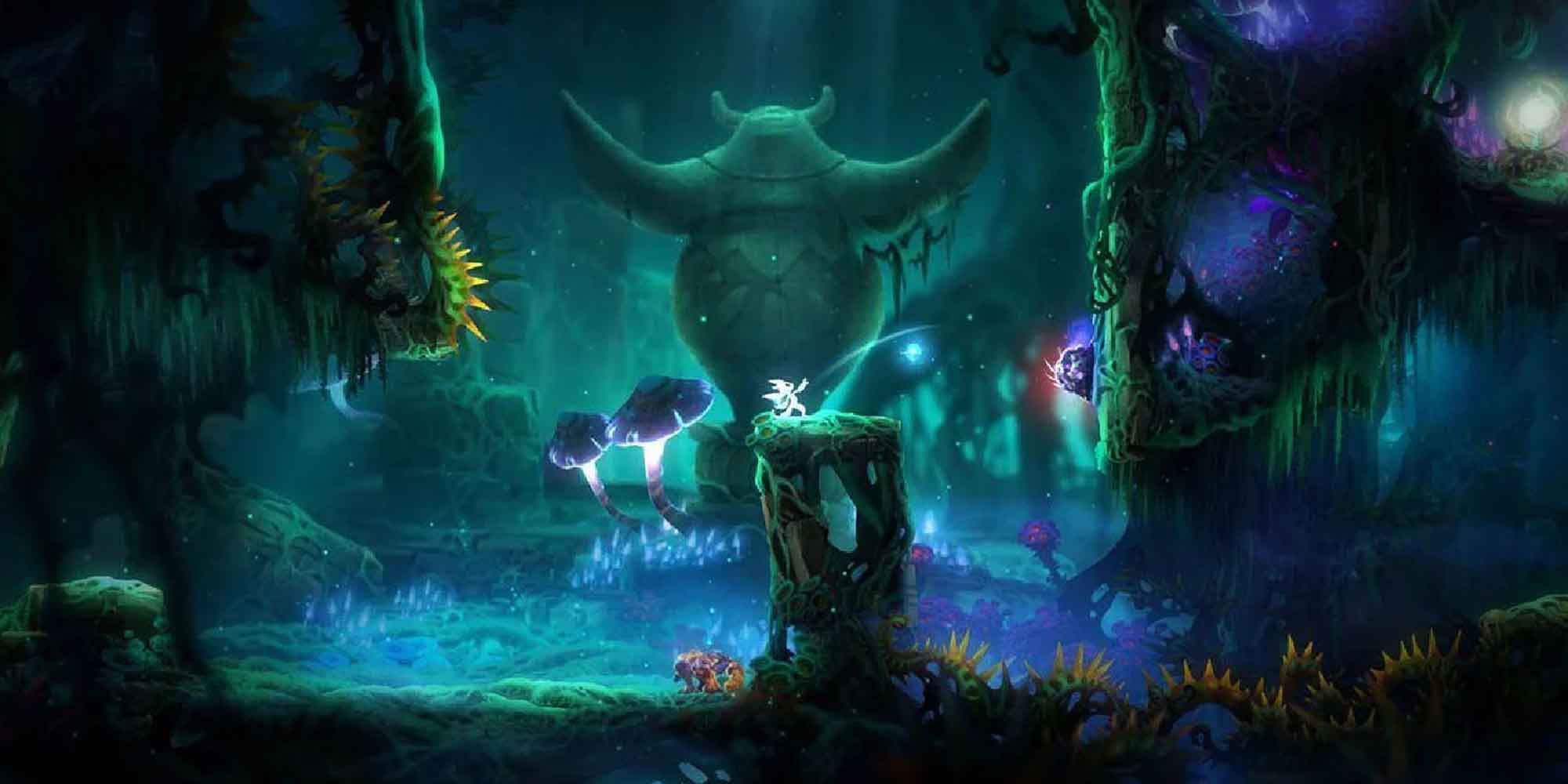 The challenges present in this game come as much from the puzzle-solving as it does from the navigating obstacles. The game is a Metroidvania, meaning you will often have to revisit previous areas when newly acquired abilities grant access to routes you were forced to bypass the first time through. 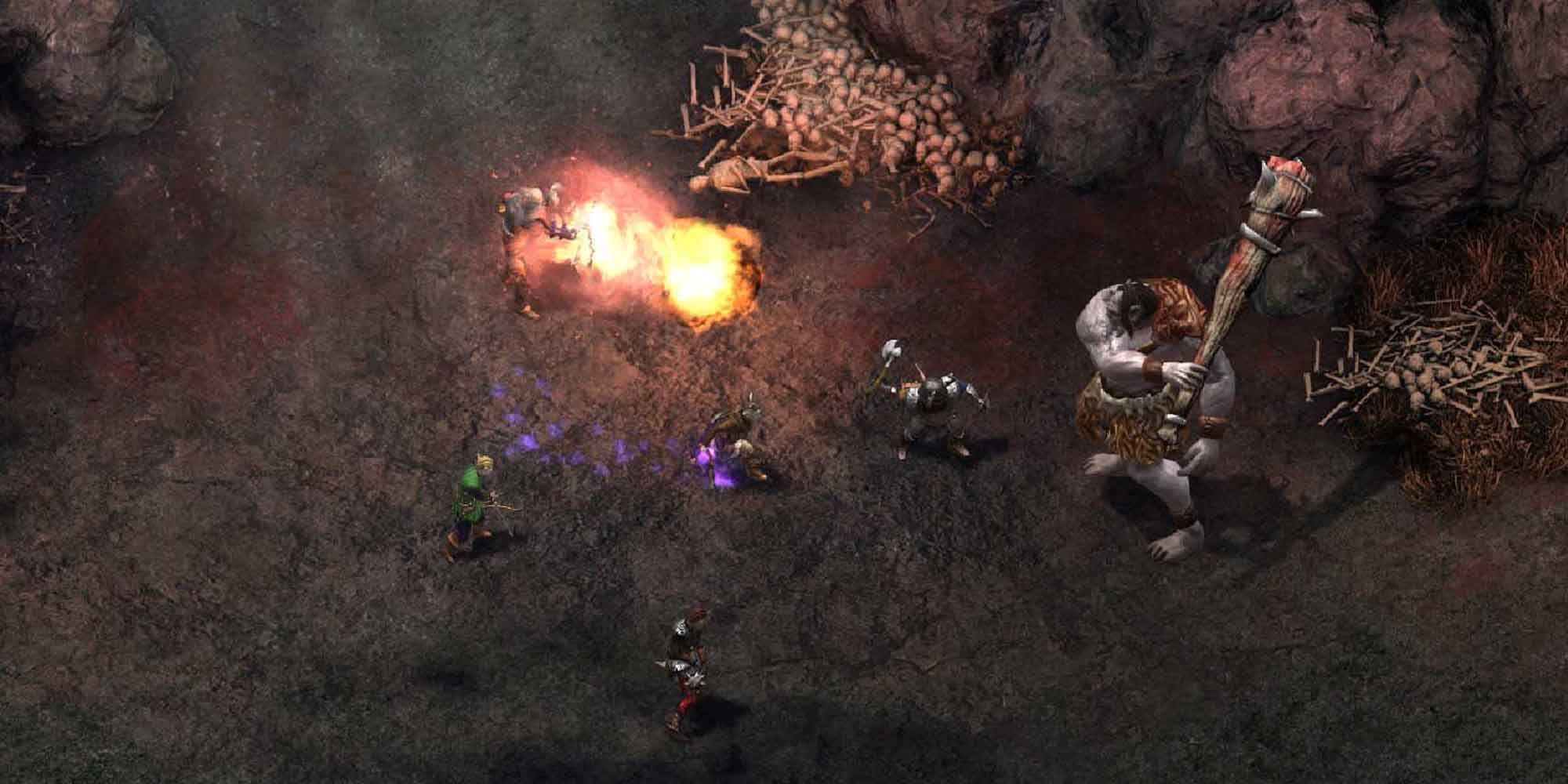 When Black Isle Studios, the development team behind the Baldur’s Gate, Planescape: Torment, and Icewind Dale games went out of business, many of its employees left and formed a game development studio named Obsidian Entertainment. Anyone who has played those above-mentioned games will certainly notice the similarity between them and Pillars of Eternity. Because of this similarity, Pillars of Eternity is often considered a “spiritual sequel” to those D&D–licensed Black Isle titles.

The game features beautiful hand-drawn backgrounds, dazzling spell effects, strategic battles, and an intriguing plot that effortlessly drives you forward. This is easily one of the best games to use the Unity game engine. 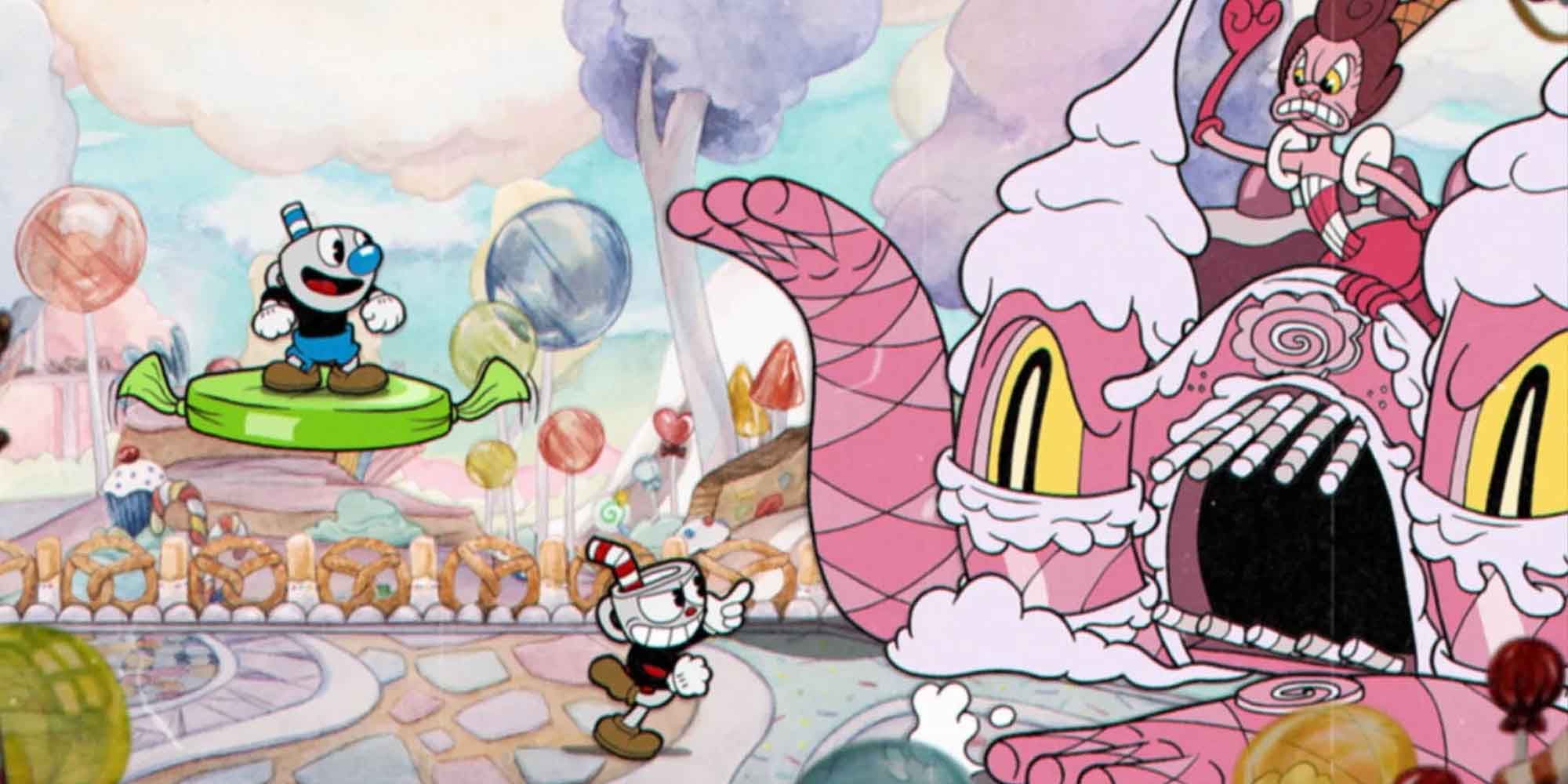 Cuphead is one of the most popular games of the last decade. This is due in no small part to the game’s throw-back art style that brings to mind the cartoons of Walt Disney and Max Fleisher from cinema’s Silent Era.

Cuphead is a 2D side-scrolling run ‘n gun type game, along the lines of classics such as Contra and Mega Man. It has a reputation for being as difficult as those two classics as well. The Unity engine handles the scrolling and animation is Cuphead flawlessly, producing a steady framerate of 60 fps (24 fps for the animations).