You are here:
Home / 10 Best Games For Your Older PC

10 Best Games For Your Older PC

So, you have an older PC that’s still chugging along. Even when your components have seen better years, you’ll find that there are still plenty of great games that you can run.

Multiple titles across many genres have low-spec requirements, so an older rig shouldn’t necessarily stop you from enjoying iconic entries in the gaming world. If you’re not sure where to start or you have limited space, you’ll want to stick to games that are not just smoothly handled by your PC, but also worth the purchase. Here are some of the best titles, both old and new, that won’t fry your hardware. 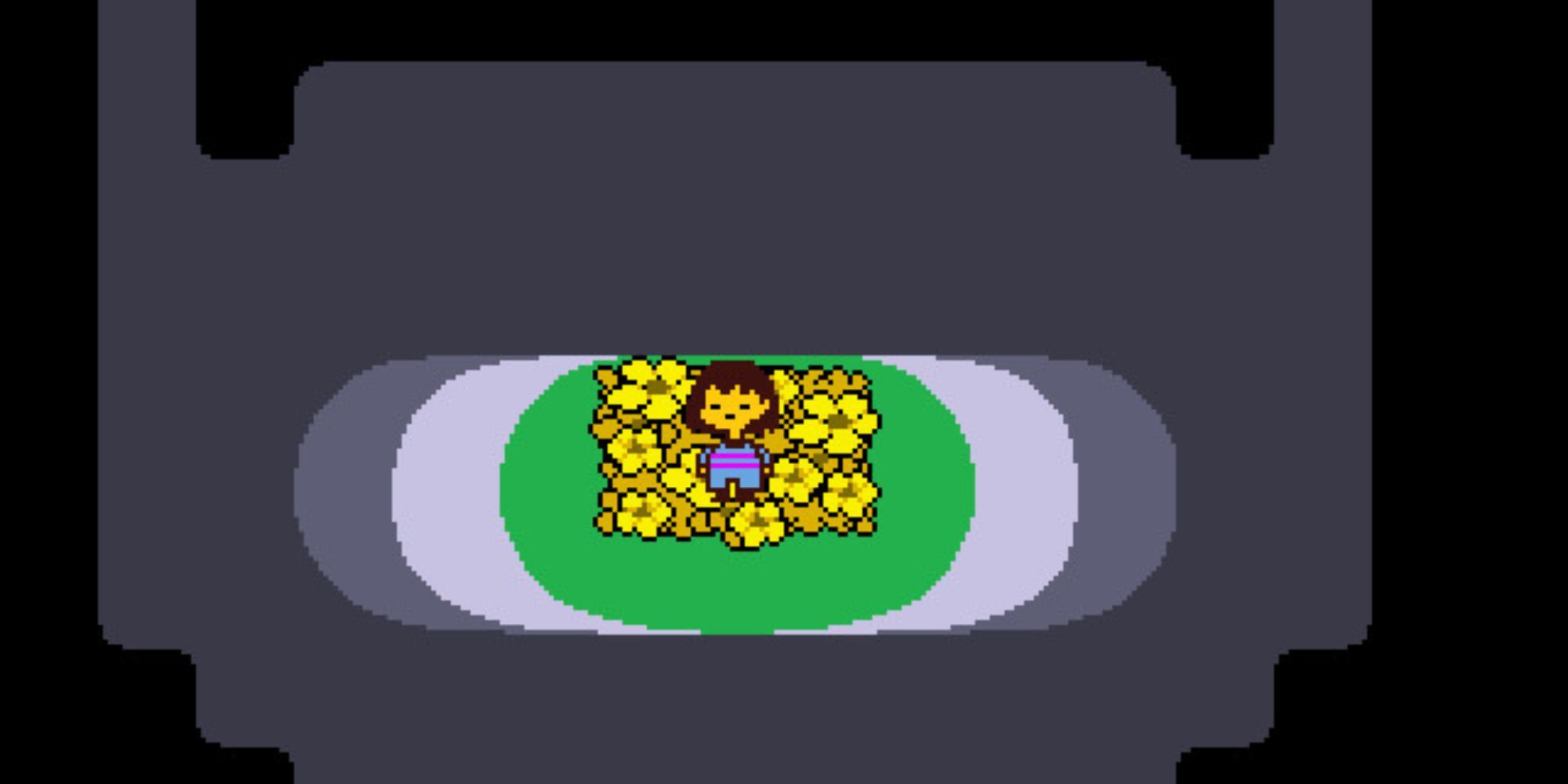 Undertale is a 2D RPG with pixel graphics that your PC should have no trouble running. Its gameplay is engaging, compelling, and worth multiple replays. Whether you go for a pacifist or violent route, there is plenty to do in this game, and you’ll likely clock in a good number of hours finishing the story. It’s absolutely worth it, too, because it manages to be both funny and heartrending at once.

This game is fun and gripping, managing to be one of the best RPGs out there without the flashy graphics that others rely on. 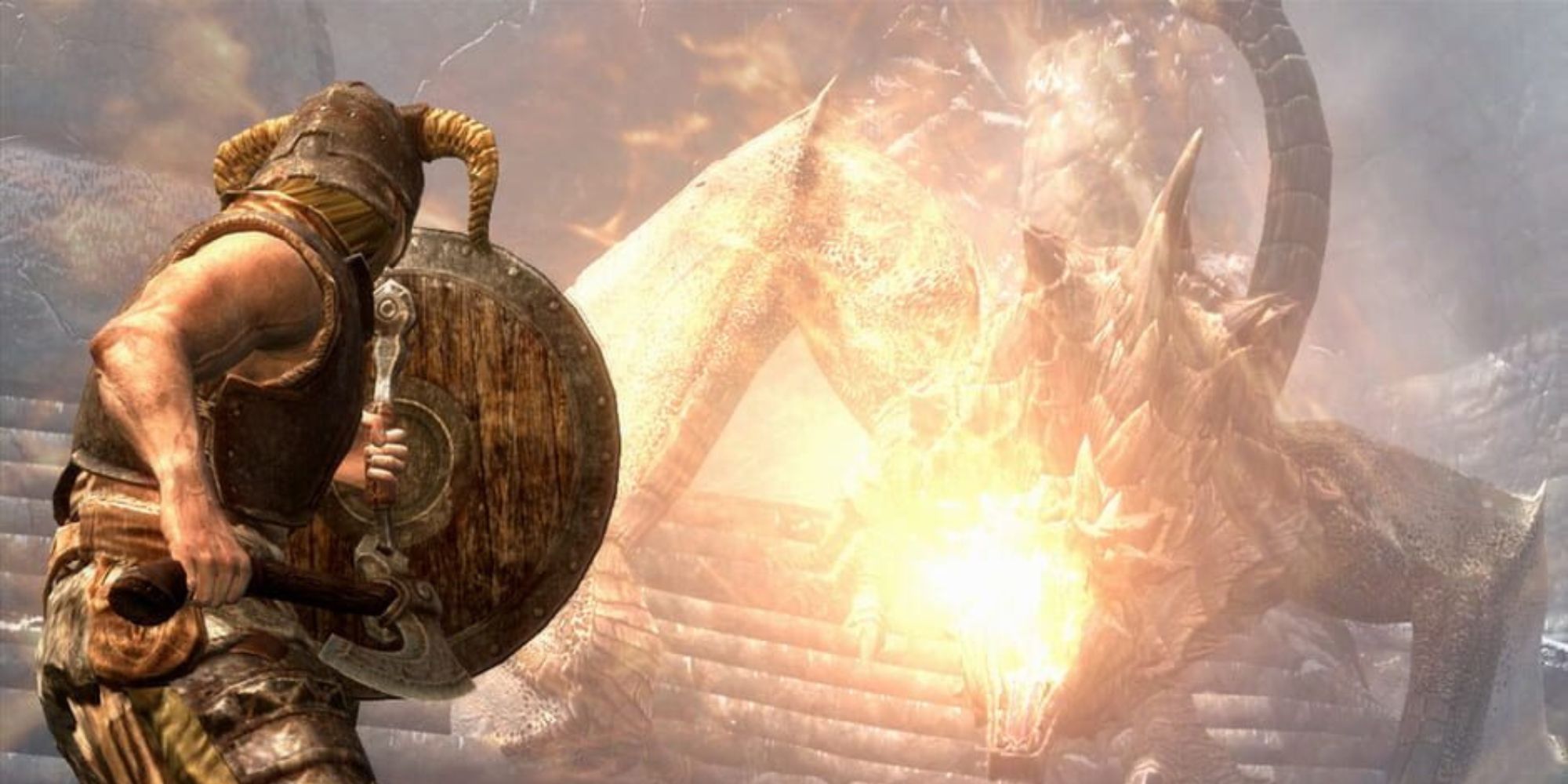 What list would be complete without Skyrim? If you have a rig that’s older than five years, you may be better off getting the Special Edition. You’ll still have an awesome and full experience without the additions that come with the Anniversary Edition, which might stutter and have plenty of frame drops on lower-spec rigs.

Thankfully, the Special Edition already has updated graphics and all the major DLCs you’ll want to play without punishing your PC. There is also an active community that uploads mods to improve combat, change your visuals, and even boost performance. 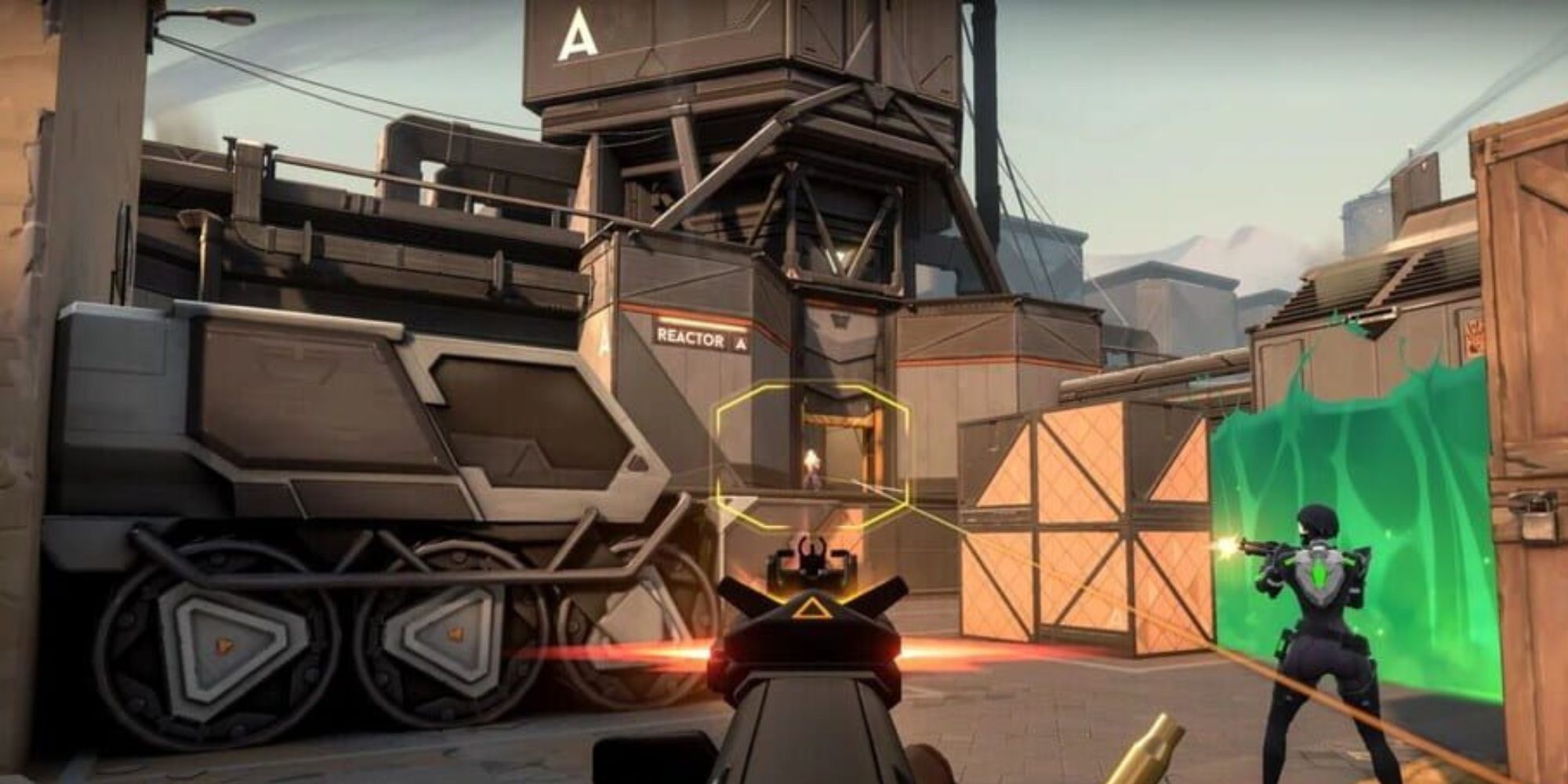 If you’re looking for a multiplayer title that combines FPS gameplay with unique skills, then Valorant is your most reliable bet. If Overwatch and Counter-Strike had a baby, you could expect to look like this.

With continuous updates, various agents to try out, and fun game modes, it’s an engaging team shooter that isn’t very demanding when it comes to PC specs. If you’re trying to get more frames, an essential part of reflex-based real-time games, you can even get away with graphics cards like the Geforce GT 730 paired with Low settings to consistently hit no less than 60 fps. 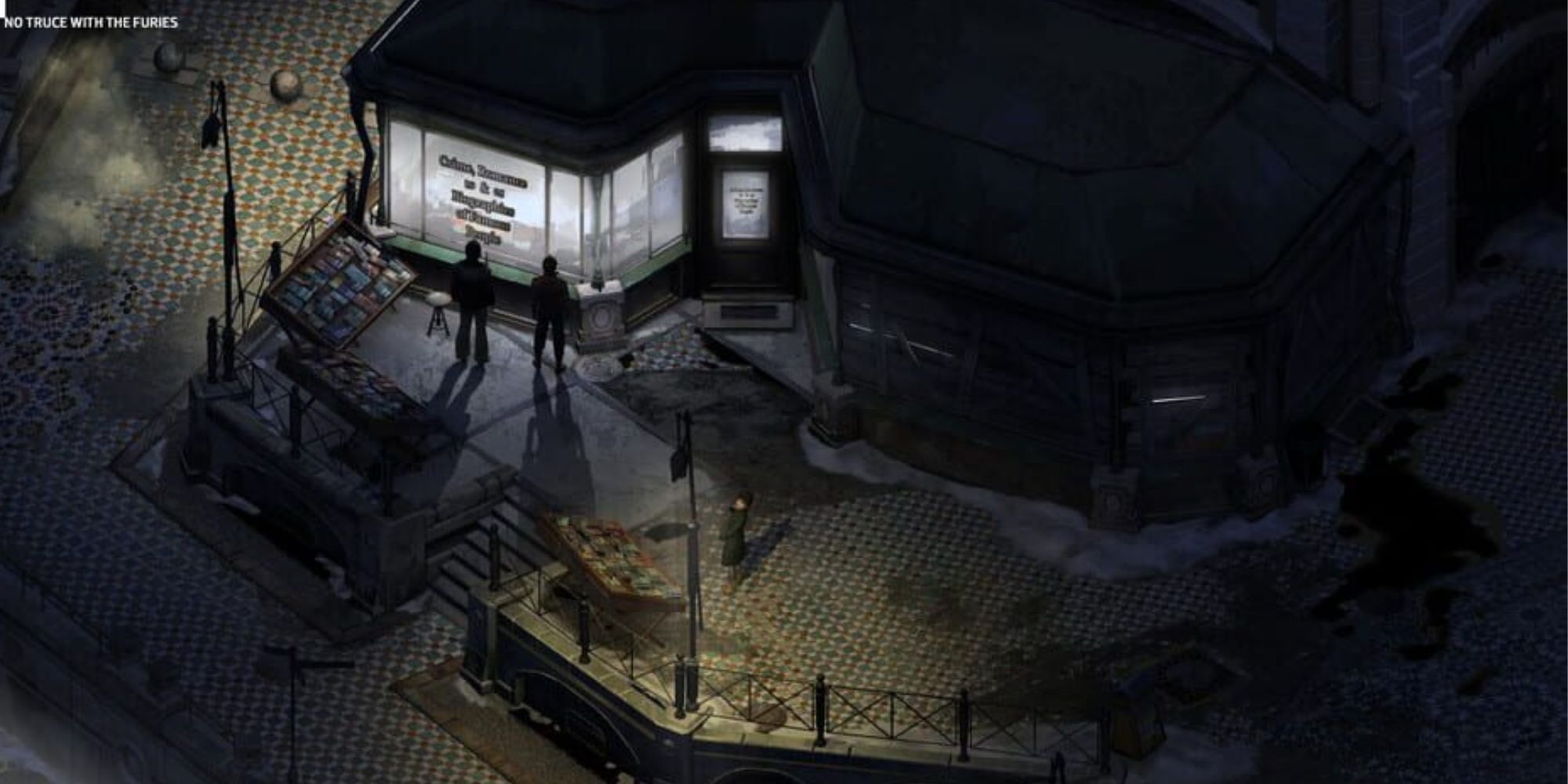 Disco Elysium is one of the most interesting top-down RPGs you can play on the PC today. Its art and soundtrack are gorgeous, but the story and gameplay are equally engaging gems that make it worth multiple replays. There’s a reason it’s one of the most awarded titles in its genre.

Despite its beautiful visuals, you can run the game smoothly with lower graphical settings. It doesn’t take away from the experience, and you’ll likely have a great time getting both laughs and bouts of existential pause. 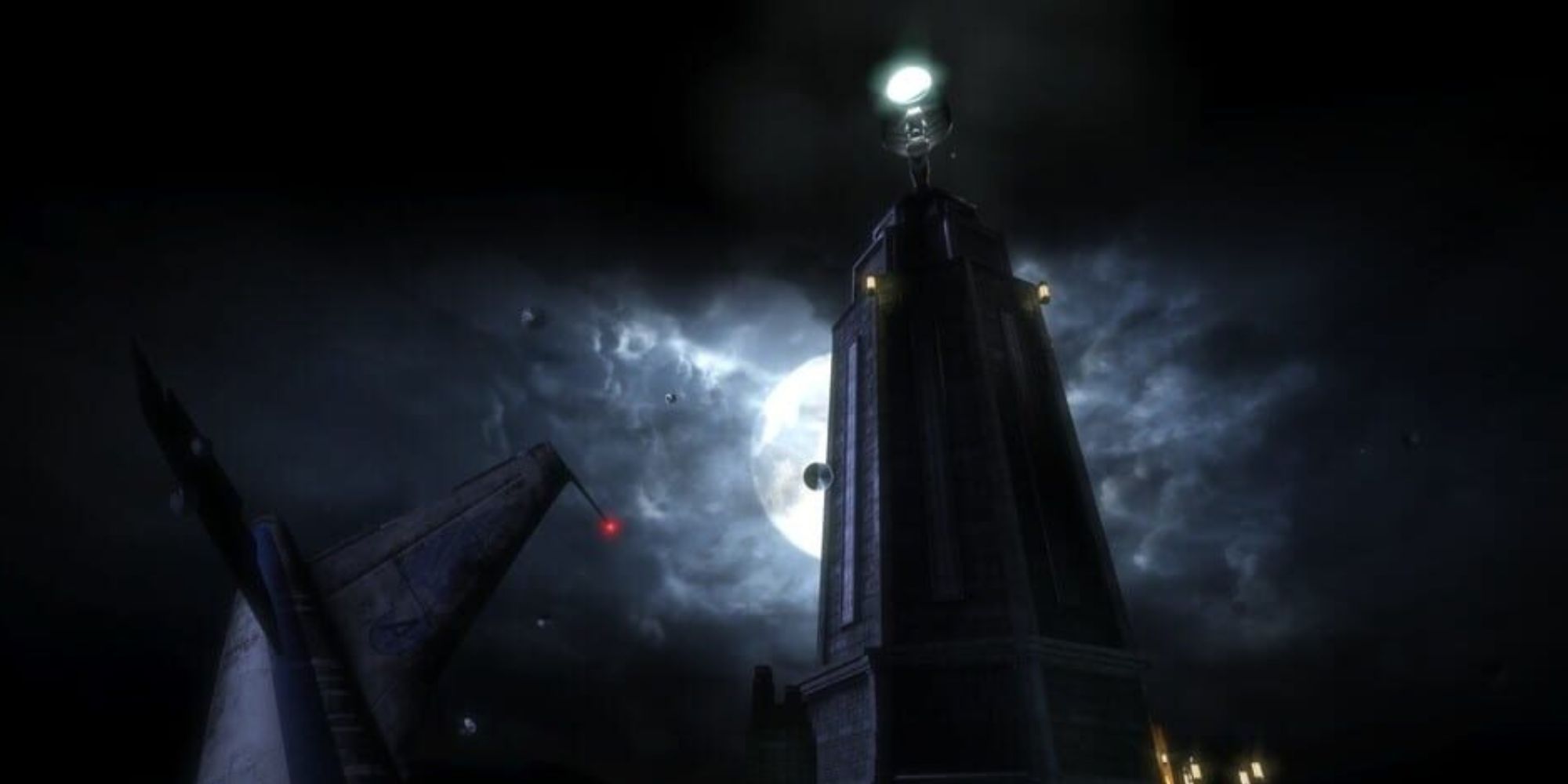 Upon its release, BioShock changed gaming with its gameplay, map design, and narrative. It was a pretty groundbreaking title for its time, and it still remains one of the most enjoyable gaming experiences you can play today.

Although a Remastered edition exists, recent updates have made that version buggy for many players. Thankfully, you can still get the original game and experience the world of BioShock. It has aged pretty well, and gets away with its graphical limitations because of the sound, art design, and gameplay elements. 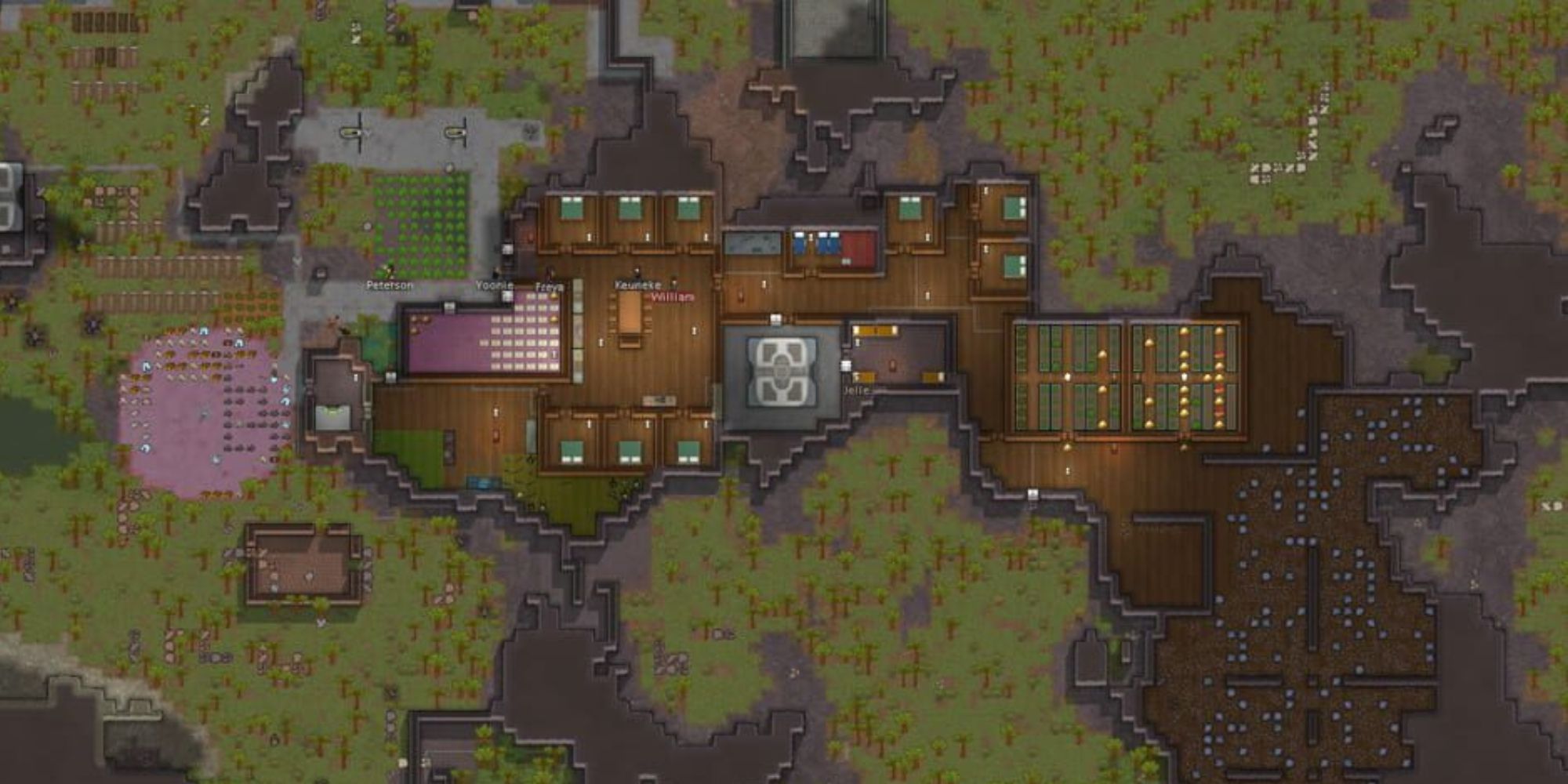 Rimworld is one of the most celebrated sandbox games out there, so it’s definitely something you want in your game library. On a distant planet, you must build your colony by handling every aspect of world-building you could think of.

There is so much to do in the base game alone, but you can even create a more vast and intricate world by getting the official expansions or checking mods created by the community. Despite the seemingly large scope of this survival experience, it requires very little of your hardware. 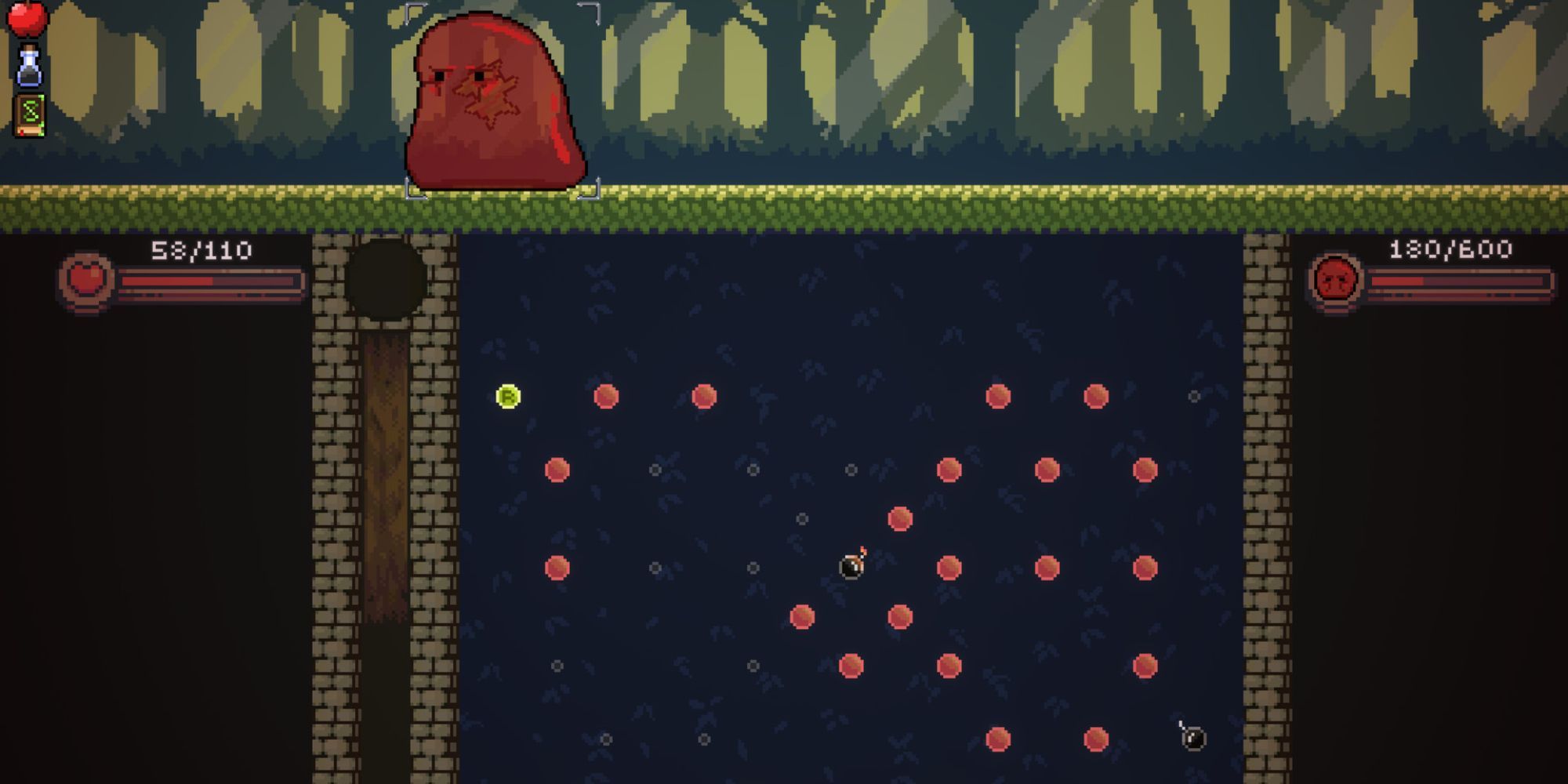 Peglin manages to work well as a casual game and a challenging enough roguelike in one bundle, and its gameplay and graphics will barely even make a dent on an older rig’s hardware.

If you enjoy deckbuilding, Peggle, and Pachinko, then this is the game for you. You can easily sink a couple of hours into this game without realizing it, and that’s all due to its simple style that escapes being boring by a hair. 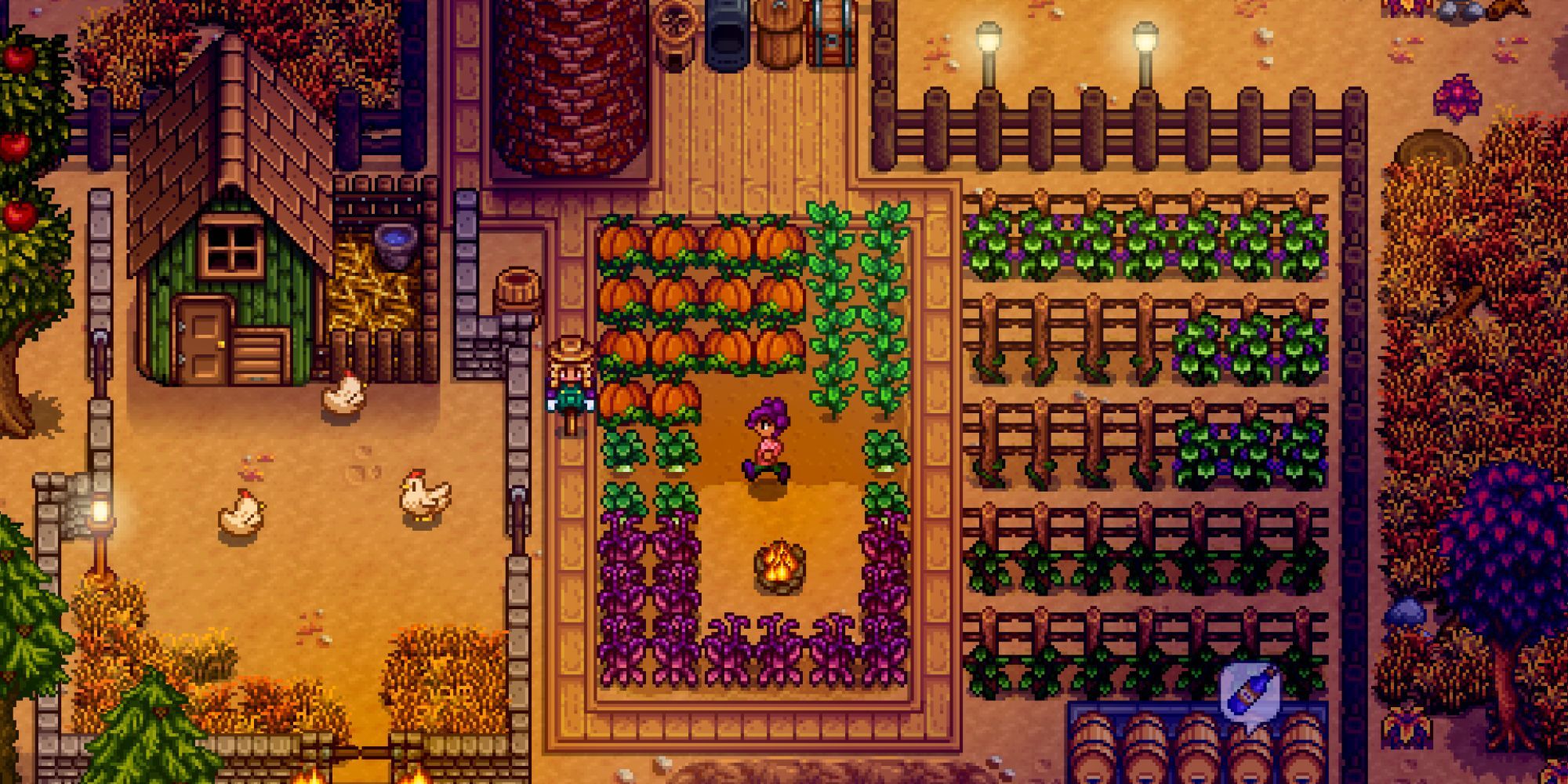 If relaxation is what you’re looking for, then enter the world of Stardew Valley. The farming simulator also mixes in some RPG and life sim elements to provide countless hours of entertainment and heartwarming content that keep you interested without being stressed.

The world of Stardew Valley looks beautiful in every season, and it just feels wholesome the minute you boot the game up. Its distinctive art and soundtrack are, thankfully, very forgiving for farmers that have older PCs. 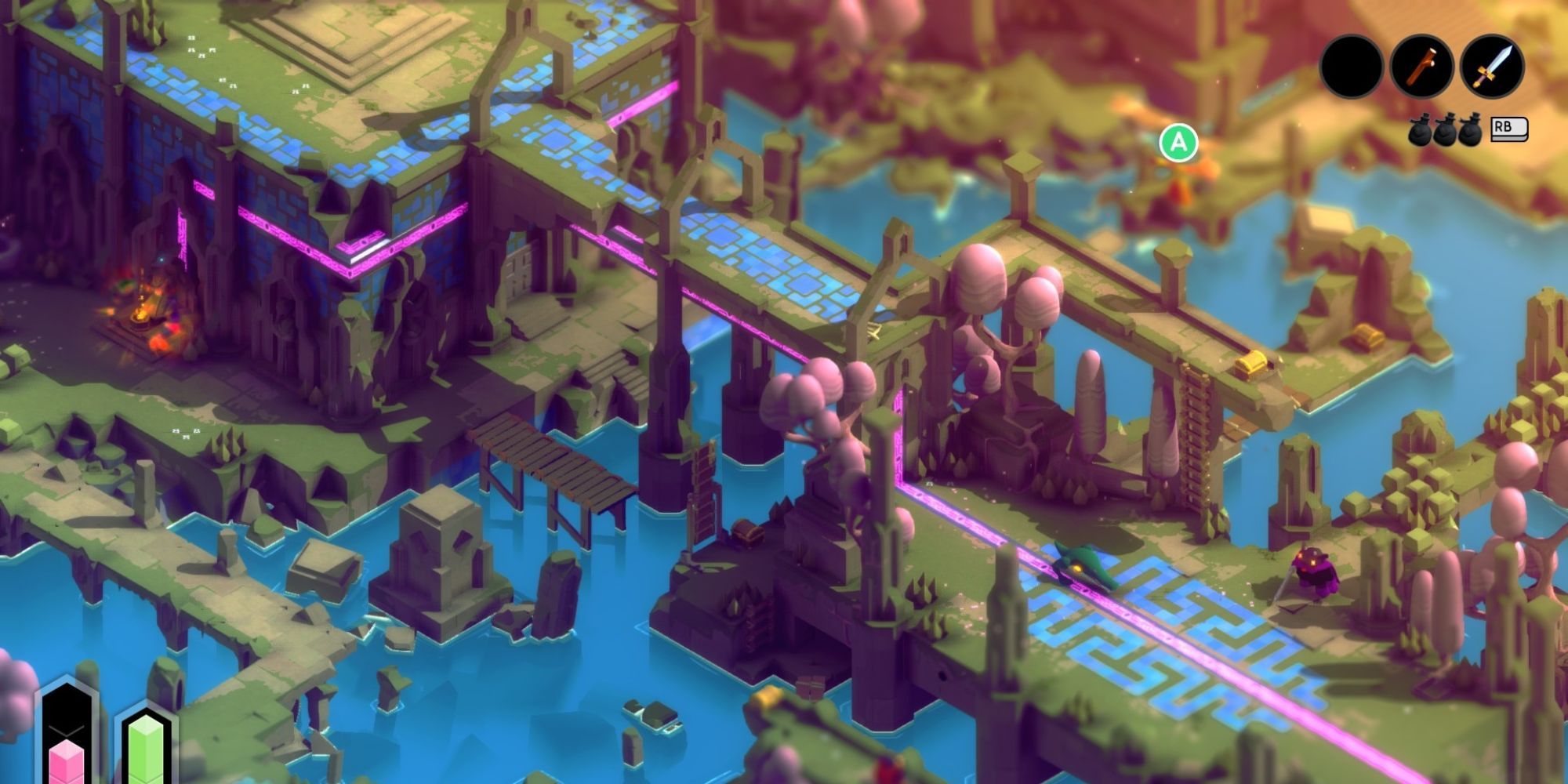 Tunic is a gem among the greatest isometric RPGs. It feels magical, looks beautiful, and most importantly, is absolutely fun to play. Its Zelda-like experience is a nostalgic wonder, but even players unfamiliar with it will have a great time solving challenges and exploring the world as a little fox.

There’s a whole world of adventure waiting for you here, and it doesn’t take the latest or most hardcore specs just to arm yourself for it. 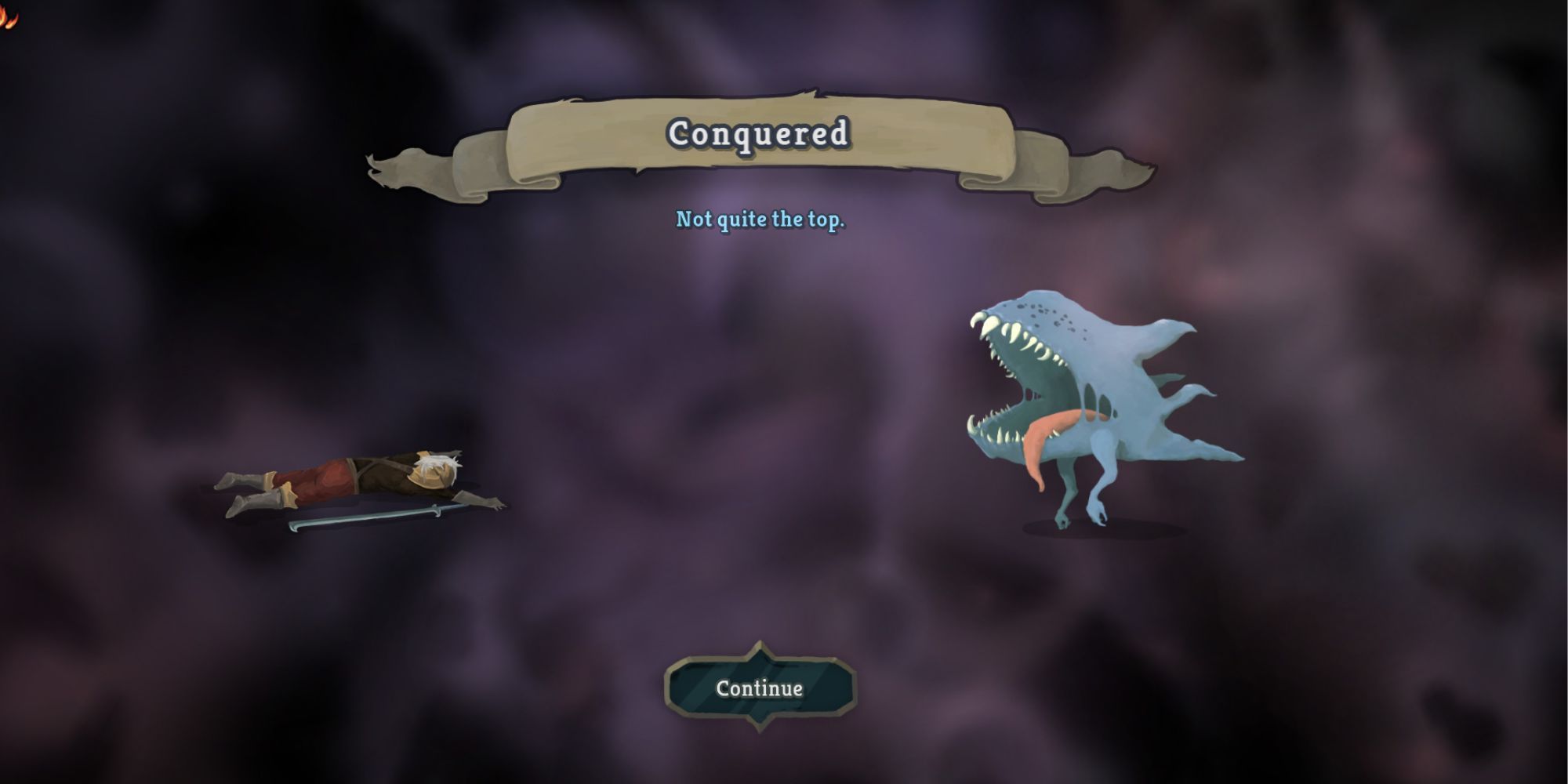 Slay the Spire is a deckbuilding roguelike that never feels boring. You have different characters to choose from (once you unlock them) as you do your best to, well, slay the spire. The turn-based journey truly makes you feel like a hero trying to overcome that grand mountain, especially because failure is not an option.

Every time you start over, the Spire changes. You can also change things up with various relics and secrets, so no playthrough feels too repetitive. It’s a hefty goal to defeat this game, but it won’t take a beastly PC to slay it.