You are here:
Home / Transforming esports through a blockchain-enabled metaverse – Esports Insider

Esports-focused video blockchain protocol Verasity writes for Esports Insider to discuss the potential of esports through the metaverse and blockchain solutions. 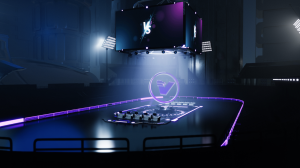 RELATED: Bridging opposing schools of thought on NFTs in esports

On January 12th, 2022, game publisher Valve sent ripples across the esports community with the cancellation of Dota 2’s first tournament of 2022. Valve cited mounting Coronavirus concerns and the rise of new COVID variants for the cancellation, with the event supposed to conclude Dota Pro Circuit’s Winter Tour.

Valve’s decision was made to protect both players and fans. However, it wasn’t the cancellation itself that caused a rift in the Dota 2 community, but rather a lack of suitable alternatives to bring the tour to a climax.

In an age where the world’s biggest tech companies, such as Meta, are gearing up for digital transformation in a hyper-connected and metaverse-enabled world, are there not opportunities to host tournaments entirely in a virtual space?

Before delving into the metaverse, it’s important to mention that people can already tune in and watch esports tournaments online, and there are plenty of fans that do. Instead, the challenge is capturing the atmosphere, the spirit, the special item drops, the sense of belonging, and the energy of a major Esports event — something that to date can only be done in person. Or can it?

What is the metaverse?

A metaverse is a network of 3D virtual worlds focused on building social connections and meeting like-minded individuals. Users can view, interact, and even make purchases in an entirely digital world, alongside hundreds of other users distributed worldwide.

Although this is currently made possible to an extent through a mix of web 2.0 and web 3.0 technologies, it’s easy to imagine a similar esports event making its debut in a digital metaverse world.

What’s not so easy to imagine, is where all the added benefits of attending an in-person esports event — such as merchandise, player and fan interactions, as well as socialising —  come together in the metaverse. However, that’s exactly where blockchain technology can offer the most promise.

Beyond Play to Earn—Transforming esports viewership through blockchain

Both virtual viewership or a metaverse-enabled tournament taken in isolation would certainly solve the issue of digital viewership, but alone, these solutions can’t adequately address features only found at an in-person esports event. Being rewarded for your participation has long been a mainstay for physical conventions, conferences and esports tournaments worldwide.

New technologies such as ‘Watch & Earn’, as pioneered by Verasity, introduce a powerful new concept whereby a decentralised audience can watch, earn tokens and redeem tokens for in-game items in a blockchain-based marketplace. Utilising social chat functions, fans can also sync up with friends across time zones while doing so.

Unique NFTs, made available exclusively during esports tournaments, can be minted and sold through marketplaces like Verasity’s. These can also be made provably secure against NFT fraud by Proof of View technology. Just like picking up goodie bags and freebies at a real-world tournament, blockchain-based rewards and NFTs make this available in the metaverse.

Such an event, attended by fans around the world and augmented through other technologies like virtual reality, would let fans interact with digital avatars of their favourite professional players, buy merchandise from a blockchain-based store or even reminisce over digital drinks.

What’s important to remember is that taken in isolation, none of these concepts are novel. Already, players can gather in digital taverns in MMO’s such as World of Warcraft. They can buy digital skins and trade exclusive merchandise in Fortnite or CS:GO. Fans can also tune in to the latest esports streams on VeraEsports.

But bringing these concepts together, with tangible value, under one unified experience that can rival in-person tournaments, will showcase the truly disruptive power of a blockchain-enabled metaverse.

In a way, it’s a strange situation to find the esports industry in need of digital disruption. Moreover, not everyone is convinced of the metaverse promised land. Valve has banned blockchain-based games and NFTs from its Stream platform, and just this week Sony PlayStation creator Ken Kutaragi said that the metaverse was ‘isolating’.

However, when reimagining tournaments, at least for the remainder of 2022, then a blockchain-enabled metaverse may just hold the key. Calling off major events on the esports calendar is perhaps even more isolating as an industry than donning a VR headset and picking up some digital merch on the blockchain.

With the rise of the metaverse, and the coming together of NFT and esports technologies, the industry seems to be at a major turning point when discussing the way esports tournaments are served to viewers.

From our advertiser Verasity