You are here:
Home / The MP5 was silently buffed in the newest Modern Warfare update

The MP5 was silently buffed in the newest Modern Warfare update

Late last night, Infinity Ward rolled out a highly anticipated update for Call of Duty: Modern Warfare and Warzone. This introduced the Season Four Reloaded content as well as a huge list of patch notes. The list included bug fixes, new game modes to both titles, and a round of weapon balancing. The weapon changes were awaited by a majority of the community, as the Grau 5.56 and MP5 were both too strong. Infinity Ward noticed this as well and nerfed both weapons. Well, at least that’s what the patch notes said.

Did the MP5 receive a buff in Modern Warfare?

This year, the developers at Infinity Ward have become infamous for rolling out patches with silent changes. Basically, what the patch notes say isn’t the entire list of what was changed in either Modern Warfare or Warzone. For example, a couple of updates ago the spawns in Modern Warfare were drastically altered, but not a word of this was mentioned in the patch notes.

Well, it seems that the silent changes have struck again. A well-known analytical YouTuber by the name of XclusiveAce recently found out that the MP5’s nerf wasn’t completely accurate. In fact, the YouTuber discovered that the submachine gun was actually buffed. Check out XclusiveAce’s newest video on the subject below. 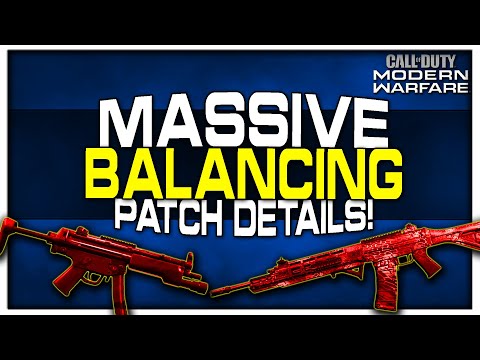 XclusiveAce found during his testing that Infinity Ward actually buffed the 10mm rounds of the MP5. In the patch notes, however, the developers claimed to have nerfed this attachment. Now after the update, the 10mm magazine rounds do an additional point of damage to the torso and head.

Perhaps this was just an error on the part of Infinity Ward, but this type of mistake has been happening quite a bit throughout Modern Warfare. Hopefully, the developers can clear the air on this issue so players know exactly what’s going on with the MP5.

Make sure to keep up with Daily Esports for all Modern Warfare and Warzone news.