You are here:
Home / The best weapon to use in Call of Duty: Warzone after the DMR 14 nerf

The best weapon to use in Call of Duty: Warzone after the DMR 14 nerf

The Call of Duty: Warzone community rejoiced earlier this week when Raven Software released another weapon balancing update. The first one that arrived last week didn’t quite accomplish what it set out to do, leaving fans even more frustrated with the game’s meta. As many players know, the DMR 14 tactical rifle was at the heart of that frustration. The Black Ops Cold War weapon was simply too overpowered and needed the nerf it received. However, now that the DMR is all but erased from the meta, fans are starting to wonder what’s the best weapon to use now.

The best weapon in Warzone following the DMR nerf

Over the course of its 10-month life cycle, Warzone has seen a plethora of weapons top its meta. From the Grau 5.56 to the Bruen MK9, there’s been no shortage of overpowered weapons in Verdansk. However, following the nerf to the DMR, MAC-10, and dual Diamatti pistols, there’s really no true dominant weapon in the battle royale.

That being said, there are, of course, still weapons that are better to equip than others. While some fans might say the Kilo 141 is back on top or the Black Ops Cold War MP5 is the way to go, the general consensus feels the FFAR 1 is the current top gun. 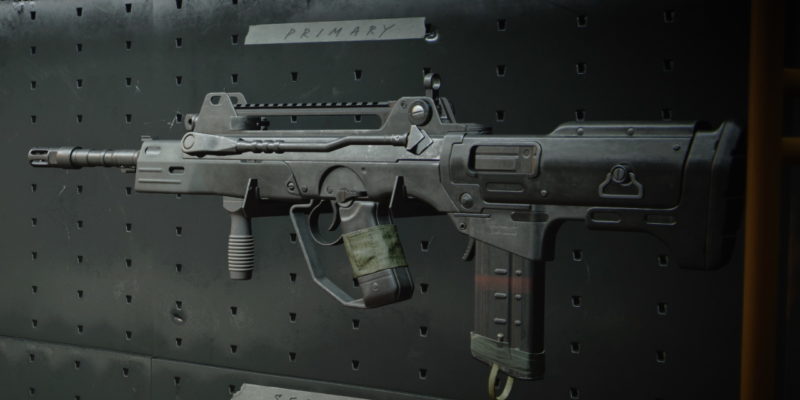 The FFAR is a popular choice for both BOCW and Warzone players. Image via Activision

Featuring a fast fire rate, reliable recoil, and fair stopping power, the FFAR is perfect for all situations. While you might want something more suited for long-range in your back pocket, you shouldn’t have any problems with enemies at close to medium range.

If you want to start using the FFAR 1 in Warzone, we recommend the following loadout.

Unlike other popular loadouts, we decided to opt for the huge damage boost of the 20.3″ Takedown barrel. This barrel has almost no negatives, so it strikes a great balance for your loadout.

Make sure to stay tuned for all news here at Daily Esports.