You are here:
Home / The 2021 LCS rebrand signals a new direction for a youthful, energized league

The 2021 LCS rebrand signals a new direction for a youthful, energized league

The future is now, and so far, it’s bright. 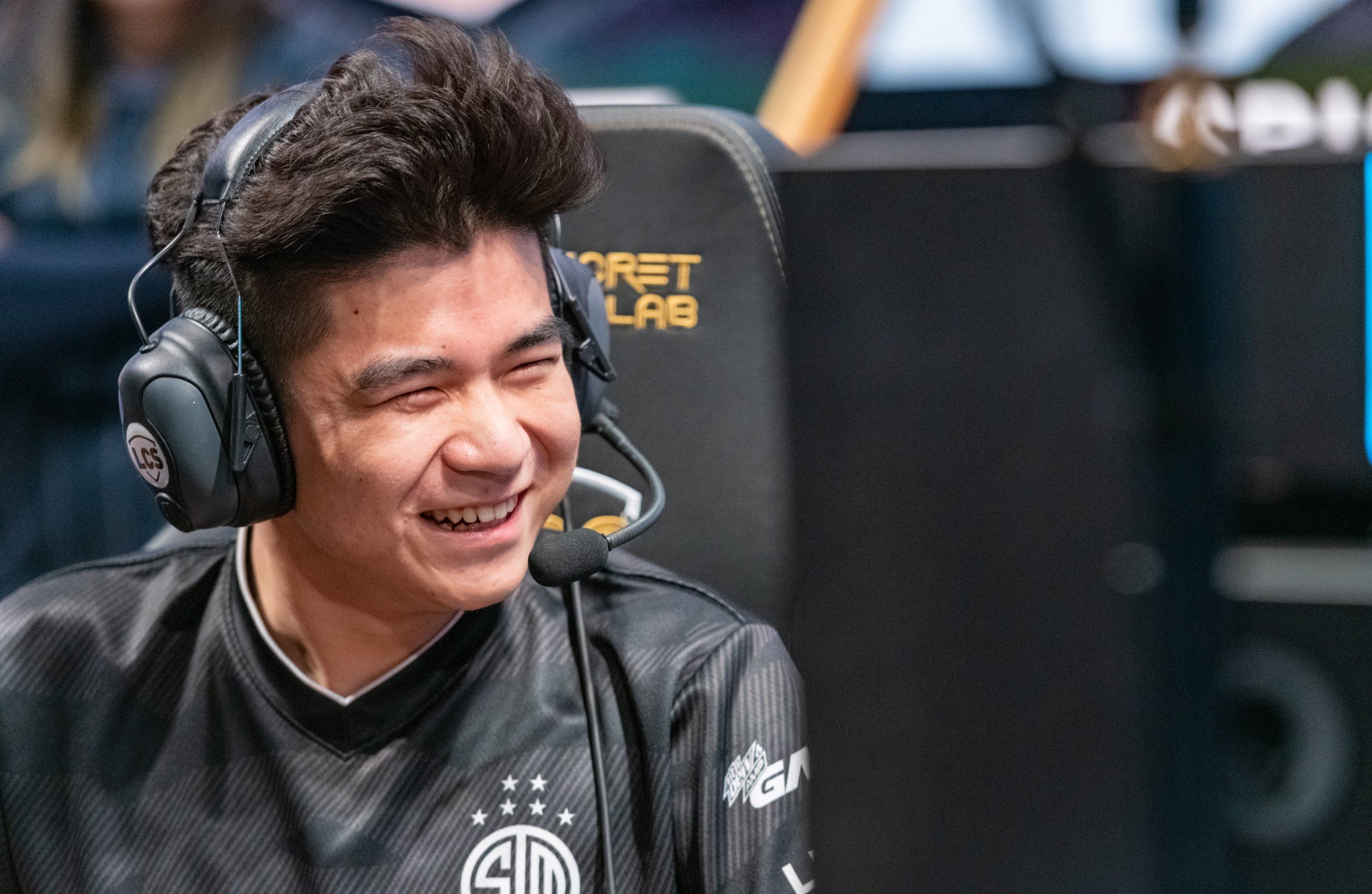 The LCS completely rebranded its identity earlier today ahead of the 2021 season. Complete with a full logo change, a shift in the league’s general focus, and a new slogan, “Made by Many,” to boot, North America’s premier league for professional League of Legends is set to look a lot different than it has in past seasons.

The design comes just two years after the LEC, the longtime European sister league of the LCS, totally rebranded its look to add more of a modern spin on professional League. That rebrand has served as the backbone of the LEC, the league that’s now seen by many as a consensus favorite in the departments of broadcast talent, watchability, on-air production value, and general content creation.

With a complete identity shift on the board, it might be fair to speculate that the LCS is headed in a similar direction. But of course, execution is everything and there’s a long season still to come.

Flipping the switch overnight when it comes to a product’s identity is a near-impossible feat. And for the past eight years, the LCS has been doing its best impression of a traditional sports league. From the banners in the rafters at the LCS studio to the sports-broadcast-inspired pre-game and post-game shows, all the way to the time when Riot tried turning Primetime League into its own version of SportsCenter, it was hard not to draw comparisons between professional League and traditional sports.

Reversing that kind of identity is going to be difficult, to say the least, especially when Riot has been building on it for nearly a decade. And it certainly won’t happen overnight. It’s almost as if, for the past eight years, the LCS has been making every attempt possible to draw inspiration from traditional sports leagues whenever possible.

The philosophy of “use the same model as basketball and baseball broadcasts, but cut and paste certain esports elements where necessary” has always been a key focal point of the LCS. Instead of talking about RBIs and home runs, analysts discussed KDA and dragon steals. When it was time to draw comparisons to players, no one was afraid to invoke the names of players like LeBron James and Tom Brady. 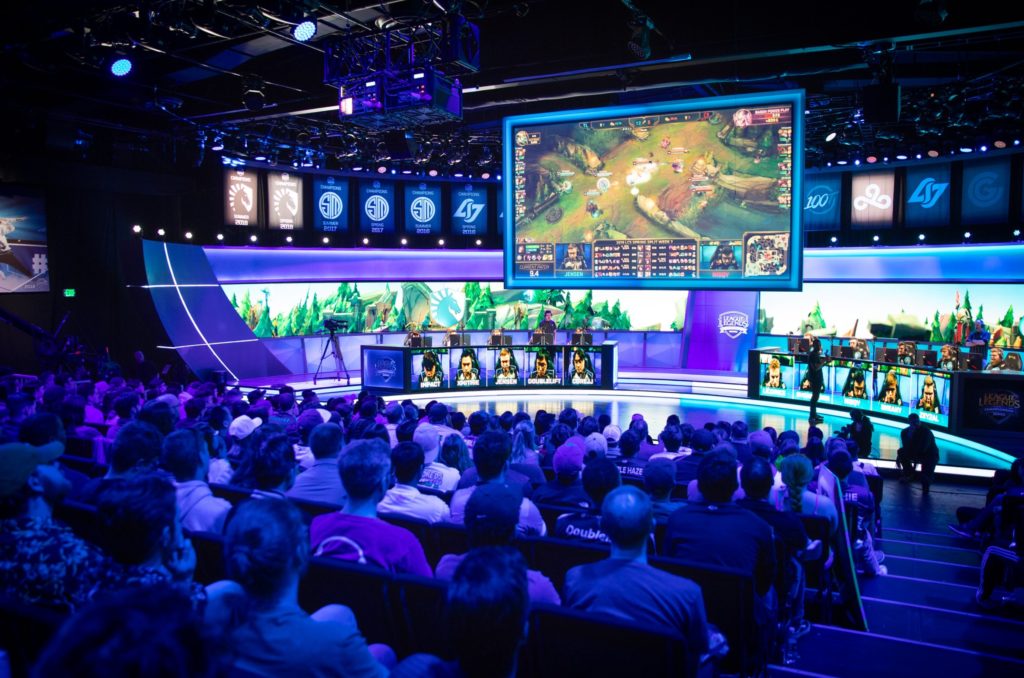 But now, after building a full-blown infrastructure out of that kind of foundation for the better part of the last decade, the LCS has its own history to look back on. Instead of borrowing storylines, formulas, and structural templates from traditional sports, the league can look back on what it’s managed to accomplish over the span of the last eight years. If it wants to draw comparisons to League pros of days gone by, it has the freedom to so. The LCS no longer has to mimic traditional sports leagues such as the NBA and NFL. It’s clear that the league is firmly rooting itself in the esports scene—a scene that it helped build.

Perhaps the most central theme of the rebrand circles around the rookies of the LCS. In today’s announcement video, the league heavily showcased young, talented players with superstar potential. Namely, Spica, FBI, and Tactical are all seemingly being thrown into the spotlight ahead of the 2021 season.

As LCS broadcaster Gabriella “LeTigress” Devia-Allen said in today’s promotional video, “so many of those who had an iconic hold on the scene are gone.” Names like Bjergsen, Doublelift, Sneaky, and others are all far removed from their playing days and many of their colleagues—the players who dominated the scene in the mid-2010s—have exited professional League as well. Coming into 2021, only 11 players have been in the league for five seasons or more. Furthermore, only two players—WildTurtle and Aphromoo—from the LCS’ inaugural season in 2013 will be rostered coming into this season.

On the contrary, 17 players will be making their LCS debut in 2021, while eight of them will have rookie status throughout this season, easily giving 2021 the most competitive rookie class the LCS has seen in years. Additionally, eight of the 10 teams in the LCS will sport at least one player on their starting roster who hasn’t played in North America before.

There’s more new blood in the water for the LCS than ever before. And frankly, it couldn’t be more encouraging that the league notices how much young talent it has on its plate. With a practical smorgasbord of rookies and sophomore players in front of it, the LCS is loaded to the brim with young players who have the potential to accomplish big things, just as the legends of the past like Bjergsen, Doublelift, and Sneaky did. 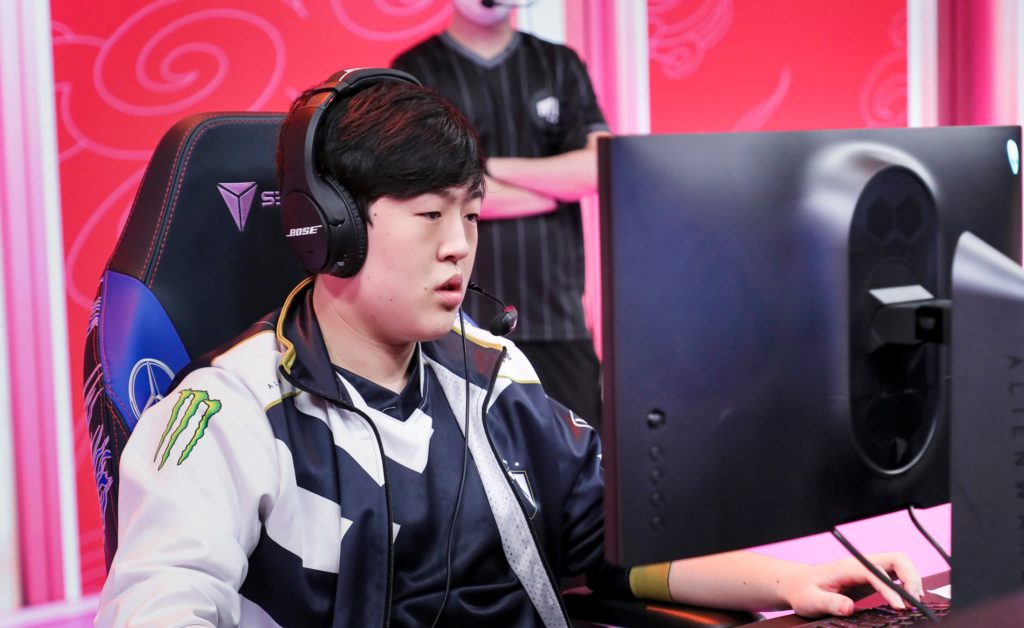 With this new identity, it’s clear that the LCS is focusing on getting younger. The league is putting its rookies and young headliners at the forefront and making a conscious effort to retain the younger audiences that tune into the broadcast as well. Capitalizing on younger players doesn’t just mean that the league wants to see its fresh-faced stars succeed on the stage, but that it wants to market them to a young audience too.

The broad idea of “firmly rooting yourself in esports” also comes with the process of catering to the esports market. Perhaps giving young players like Spica, FBI, and Tactical a sudden boost into the limelight is much more than a “right place, right time” scenario. It’s a long-awaited realization followed by a complete turnaround on Riot’s part.

Young pros have the ability to resonate with young viewers in a way that’s largely difficult with other demographics. Keep in mind that a strong majority of League esports viewers are relatively young people who also play League. Getting that demographic as on board as possible with the competitive scene should be a top priority—and so far, it appears that the LCS agrees. Focusing on expanding the audience of gamers, fans, and esports viewers that’s directly in front of Riot is a much more trustworthy approach than trying to make a dire attempt to branch out to an audience of traditional sports viewers who have been rejecting the product in droves since 2015.

Moving into 2021, the LCS rebrand is about so much more than a new logo and a snappy slogan. It’s about shifting away from an identity that the league has been building upon for years. It’s about making League’s competitive scene resonate with young people as much as the game itself does. Hitting the switch and making a total about-face is certainly a risky move, especially when the LCS is putting all of its attention on the league’s youngest players. After travelling down the safe route for so long, the LCS is completely mixing it up in a truly commendable fashion.

Source: Read Full Article
RELATED NEWS
Pokémon GO reveals Love Cup format for GO Battle League
Wi-Fi Warrior Rank v6: 20-11 #WWRv6 – Daily Esports
Corsair’s Selling Stockholders to Raise $252M in Public Offering
COD Mobile to remake Modern Warfare map Shoot House in future update
Recent Posts
This website uses cookies to improve your user experience and to provide you with advertisements that are relevant to your interests. By continuing to browse the site you are agreeing to our use of cookies.Ok