As a result of the deal, the Asia-focused online gambling brand has become the main title sponsor for Talon’s Dota 2 team. 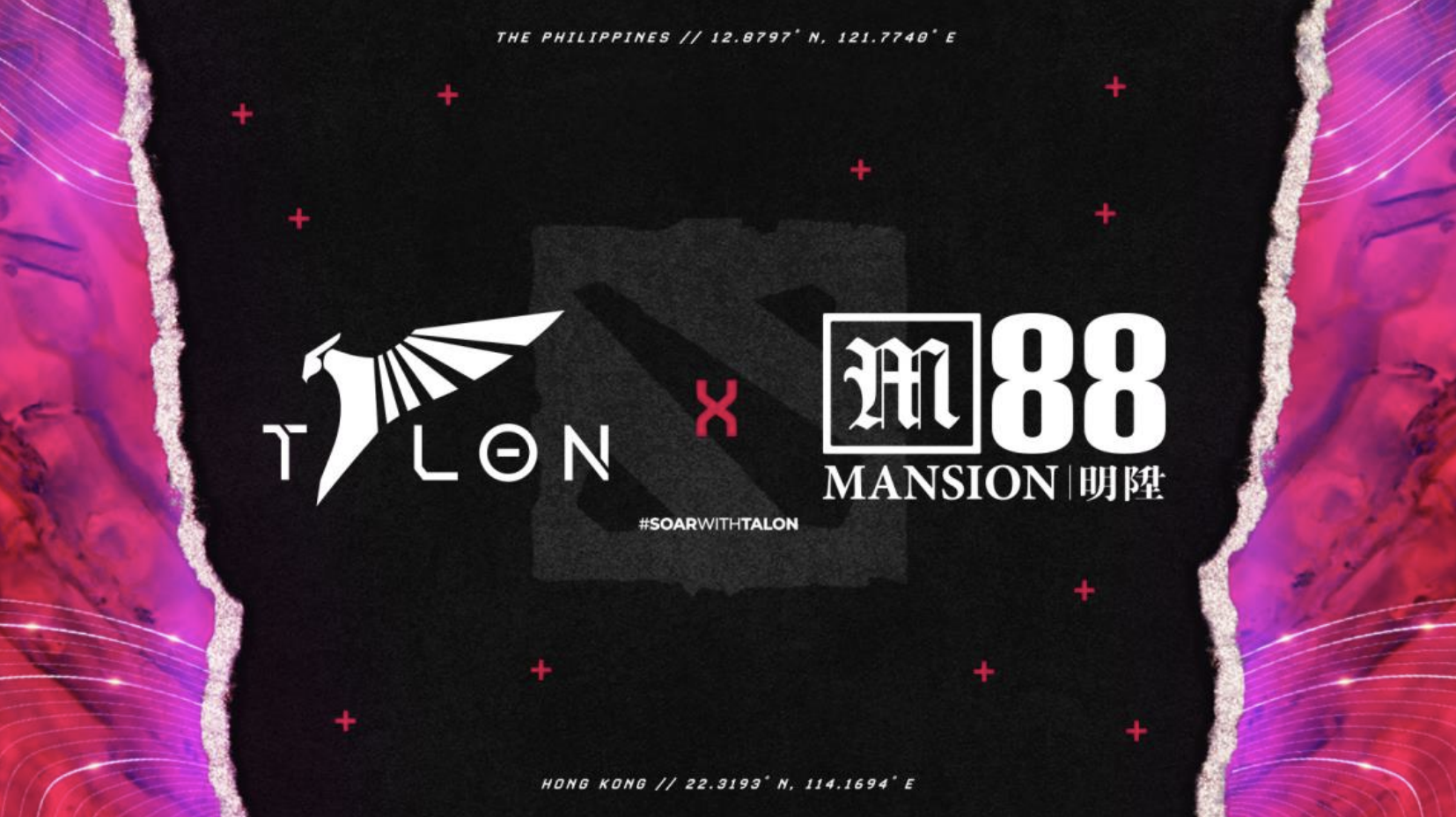 
The agreement will see M88 Mansion featured on the in-game player names of its Dota 2 team, as well as on the team’s player kits, and social branding. According to the release, the partnership will look to expand the presence of both entities domestically and in neighbouring regions.

Talon Esports announced its entry into Dota 2 late last year and most recently secured promotion to Division 1 of the DPC SEA 2021/2022 Tour. Alongside Dota 2, the organisation fields competitive teams in League of Legends, Arena of Valor and VALORANT, among others.

Sean Zhang, CEO of Talon Esports, commented: “We’ve just began our journey in Dota 2 and it’s vitally important to build the right ecosystem to support our ambitions – which is why we’re incredibly excited for M88 Mansion to place their confidence in our organisation’s vision.

“We both mutually share the same goal in setting a new standard for gaming excellence in SEA but also to really service our fans and the wider gaming community by providing fun, memorable experiences that they will cherish.”

M88 becomes the latest company to partner with Talon Esports in 2022. Alongside the betting site, SteelSeries, NFT marketplace Yesports, KFC and Logitech G have teamed up with the esports organisation.


Alan Wafer, Head of Business Development at M88 Mansion, added: “We’re excited to partner with Talon and become the title partner for their Dota 2 team. We share the same values and aspirations for esports and its growth not only in the SEA region but worldwide. We are keen to grow together and engage with such a passionate audience.”

Esports Insider says: M88’s partnership with Talon Esports follows a similar pattern to the organisation’s other deals, with the agreement including some sort of naming rights. As a result, the organisation’s esports portfolio now consists of PSG Talon, KFC Talon and now M88 Talon.