Rumor has it that Riot Games is “planning” to cut the LCS (League of Legends Championship Series) Spring Split in 2021 after Cloud9, which led the Split in 2020, failed to qualify for the World Championship. According to esports enthusiast Travis Gafford, Riot Games wants to replace the LCS Spring Split with one season-long format. If Riot does so, it will be the only league to not have at least two splits.

Gafford explained that with this longer format, each team would play one another five times. With the splits, each team played against one another four times total: twice in spring and twice in summer. With this increase in games, Riot will change how it broadcasts to “three full days” of five matches each day. 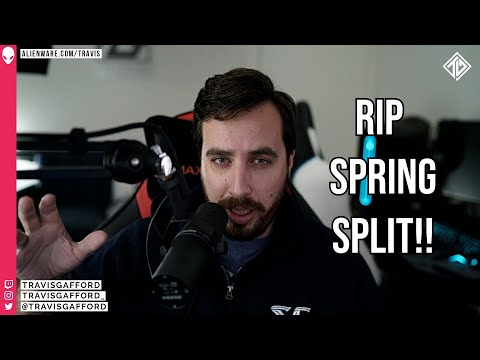 When the season starts, Riot will hold a “kick-off tournament” to give an idea of the team rankings. Gafford then joked that this could be yet another thing that “doesn’t matter” in the end.

Gafford further explained that the Mid-Season Invitational tournament (MSI) would still be on the charts. What the LCS will do for the MSI is hold a spring tournament for teams to qualify for the invitational.

Changes to LCS Academy for 2021

With these upcoming changes, Gafford has heard another rumor that “Academy will get a lot smaller.” Riot will reduce the number of games for Academy in order for Academy teams to play against amateur teams a little more often. He believes that teams will start picking up more players for the amateur tier (which is below the Academy) to accommodate this change.

Right now, all of this information comes from Gafford’s unnamed sources, so nothing is confirmed, much less set in stone. With so many players and LCS fans calling for the end of the LCS Spring Split, it’s possible that this report is completely accurate.

We’ll definitely stay on top of this LCS news as it develops. With the 2021 season supposedly starting on time in January 2021, Riot doesn’t have much time to confirm its plans regarding the LCS Spring Split.