The organisation has announced a gaming house in Mexico City alongside a new FIFA 22 roster based in the region. 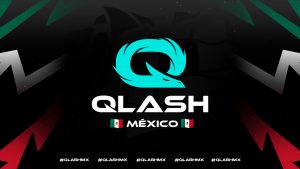 Whilst initially starting with FIFA, QLASH has confirmed that it plans to enter other titles with new teams expected to be presented in the coming months. In particular, QLASH highlighted the mobile esports ecosystem as a sector of interest.

Despite not officially announcing a mobile esports roster, QLASH has signed a range of content creators from the sector. Another title that QLASH mentioned as part of its LATAM expansion is League of Legends.

Luca Pagano, CEO of QLASH, commented: “QLASH is constantly evolving and expanding, and arriving in Latin America is a logical step for the company. We have been planning our expansion to Mexico for more than a year and we are delighted to finally accomplish it.

“We strongly believe that Mexico is a key country in the gaming and esports landscape for the next few years and it felt natural for us to start operating there”.

According to the release, one of the organisation’s main goals this year is to expand into other markets to bolster its QLASH Community platform.


Diego Griñan Malla, Country Manager of QLASH for Spain and Latin America, added: “The goal of QLASH with this expansion is to strengthen an esports ecosystem that has been impressively growing in Mexico and Latin America. We will work hard to create a community through competitive teams and the organisation of events for everyone on our platform.

Esports Insider says: Given that QLASH’s roots are embedded in Spain, it makes sense for the organisation to expand into LATAM and starting with Mexico is a smart decision. While only a FIFA team has been announced, it seems that QLASH already has plans to grow into other titles.