You are here:
Home / Protecting the Crown – Esports Insider 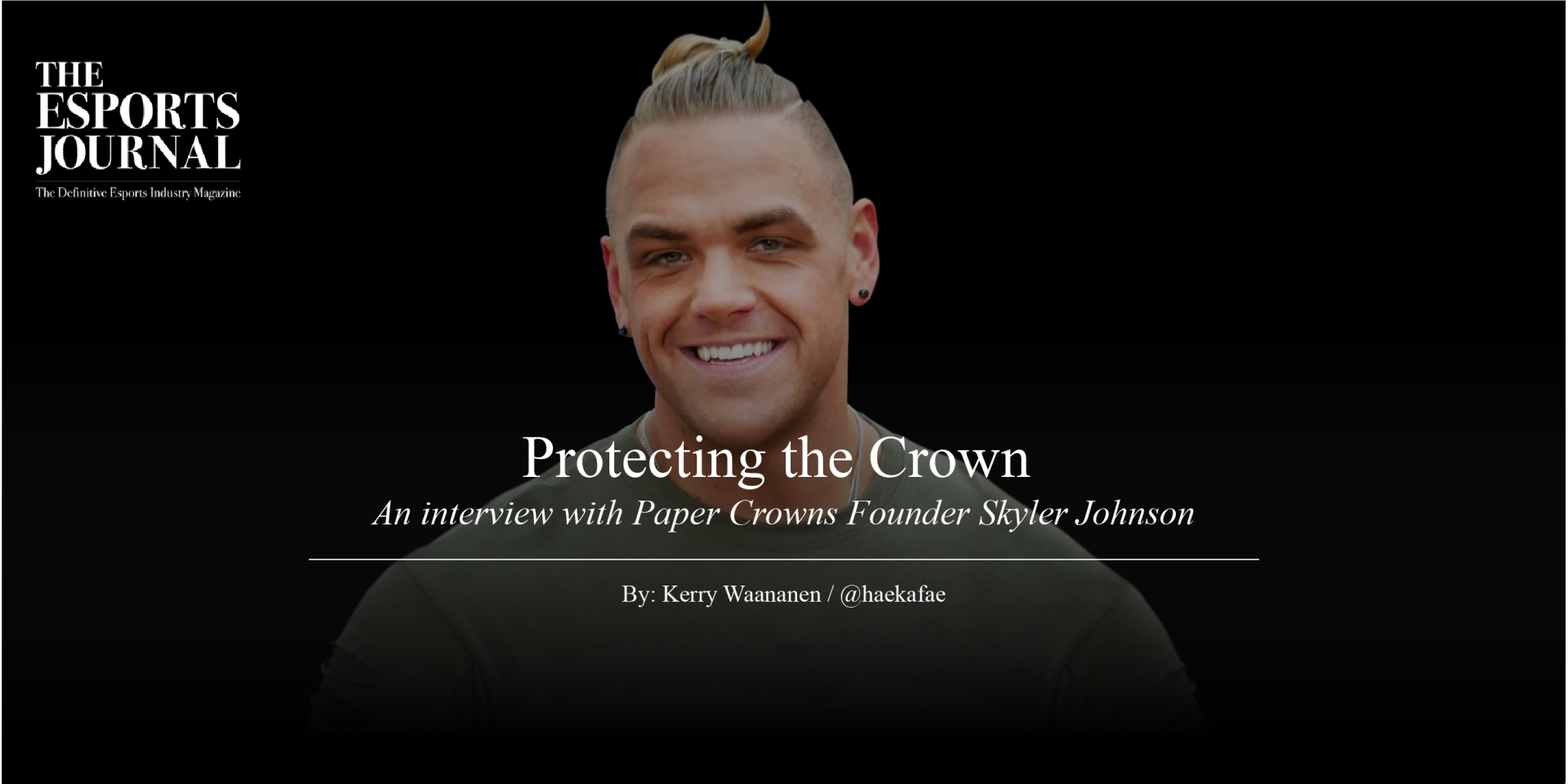 Like so many of today’s North American esports royalty, Skyler Johnson started the grind by finding heads with his crosshairs in Call of Duty 4. Before there was really such a thing, Johnson was a proto-professional gamer in the late 2000’s. Back then, trick-shot mashup videos were the gaming meta for getting internet clout. Ask the OGs in FaZe Clan, or Envy Gaming, or 100 Thieves, or OpTic Gaming: they’ll vouch.

Outside of competing and running the org, Johnson did the content thing. Under his gamer tag, ‘FoRepLayy’, he uploaded gameplay montages and commentary on YouTube. His creative glint, inherited from his mother, crackled across his content. Johnson, built different, gleaned that content creates opportunity, thus unique content creates unique opportunity. Some of his attempts were hits, some weren’t. He was always shooting his shot.

“I actually had to learn marketing backwards.” Johnson told The Esports Journal. “I knew how to resonate with an audience, in my opinion. I got to use my creativity to have fun on YouTube, find out what worked, what didn’t, and then I got to apply that in a real life setting.” Real life, meaning being on someone’s payroll.

With over five years experience in the developing esports and gaming market, Johnson was enlisted to position Gamma Labs’ energy drink brand firmly into the gaming sphere. By the end of his tenure there, he left the company as former-Chief Creative Officer.

The tattooed, former college football athlete took his team with him. The reverse journey to marketing mastery took them across industry lines, trading RGB for UVB and Vitamin D. The team began marketing solariums, or sunrooms for those outside of the industry.

“Basically, I wanted to learn to market to an older audience to be able to say ‘Okay, we can do this,’” Johnson laughed. “I wanted to know how to market to non-endemics.“ For two years, the team did just that.

While traditional marketers were just starting to puzzle through the online landscape of the younger audience, Johnson and co. were busy with the fundamentals of designing at-home catalogues for baby-boomers. His pro-tip: the text has got to be legible.

In 2019, the team staked its claim somewhere between gaming’s new frontier and traditional media’s territory. They began to build a kingdom. They called it Paper Crowns, inspired by the children’s storybook ‘Where the Wild Things Are’ so you’d know where to find them.

Today, the agency has a fully built-out website, but before August of this year — a trip to papercrowns.com would land on a static illustration of a fantasy landscape, displaying a single line of copy:

“Bonded by a lack of interest in reality, we created our own.”

No testimonials, no clientele carousels, no case studies — didn’t need it. Even though they had just opened up shop, Paper Crowns had their community, they had their people. Johnson acknowledged this multiple times during the interview, saying, “I owe everything to the community.”

“We built a business on word-of-mouth, not a lot of people can say that. No advertising, no marketing done.” Johnson said. “I told everyone, we’re just gonna throw a social showcase up on Twitter and we’re gonna let those build a business, and it ended up happening.

To read the rest of this piece, go to The Esports Journal Edition 9, page 6