The qualifiers for the Main Event of Worlds 2020 started today with the Bo5 series that will decide what two teams advance to the next phase, and what four teams will join V3 Esports and INTZ in their way back home.

The first series matched the fourth seed of the LPL, LGD Gaming, and the Latin American champion, Rainbow7.

These two teams ended 3rd and 4th in Group B of the Play-in. The winner of today’s series would face Group A second qualified, and the loser would be automatically eliminated. This is what happened in the series: 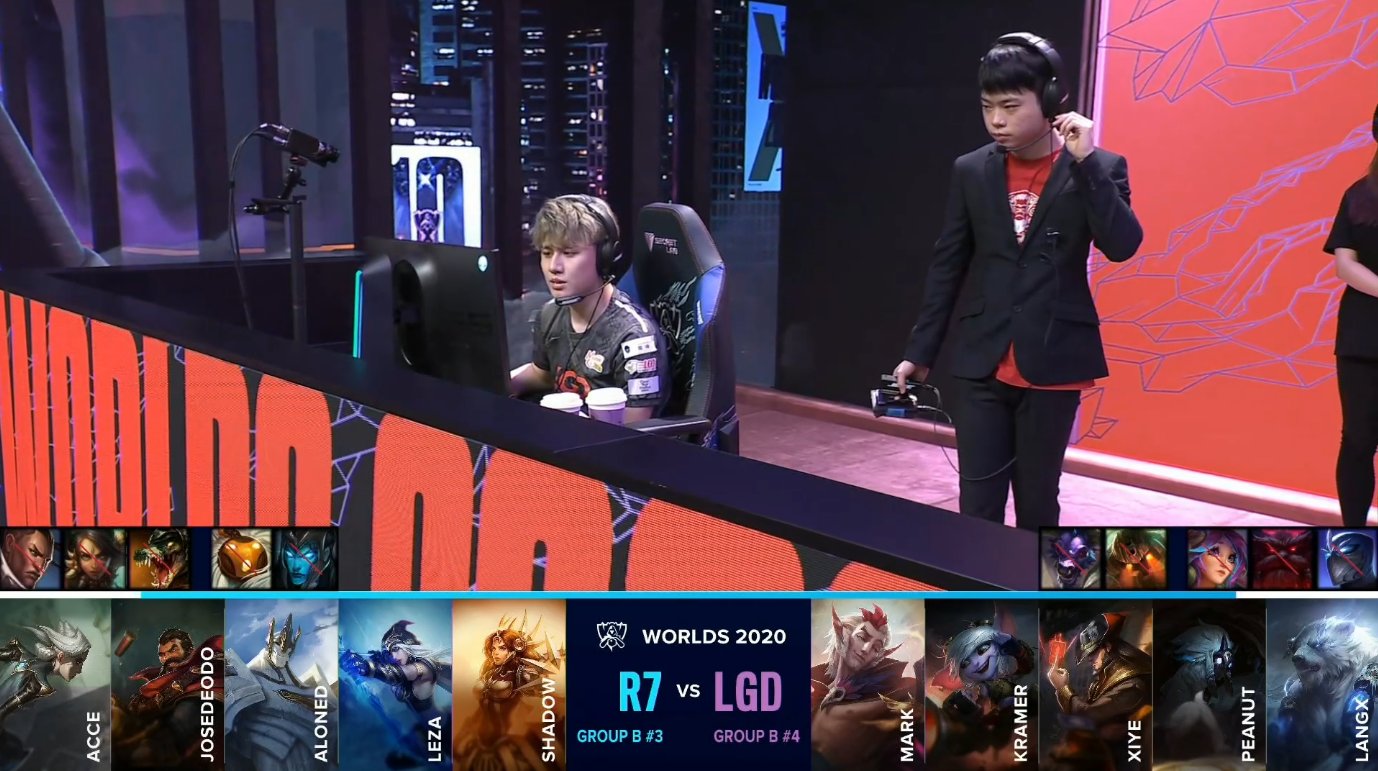 In the first game of this Bo5, LGD Gaming took the first blood soon, which allowed them to control the map during the early game, take some neutral objectives, and the lead in the gold score.

Rainbow7 was able to fight back and take some kills, but heading to the mid-game, the gold difference began to be huge and kept growing.

The game wasn’t too chaotic nor “aggressive”, but the Chinese team became unstoppable and used their map control so well that they could easily do the Baron Nashor and secure their advantage.

By minute 25, LGD opened the enemy base, and the gold difference was bigger than 11k. With this advantage, Rainbow7 was not able to fight, and after an ambush in the jungle, the Chinese team destroyed their nexus and won the first game of the series. 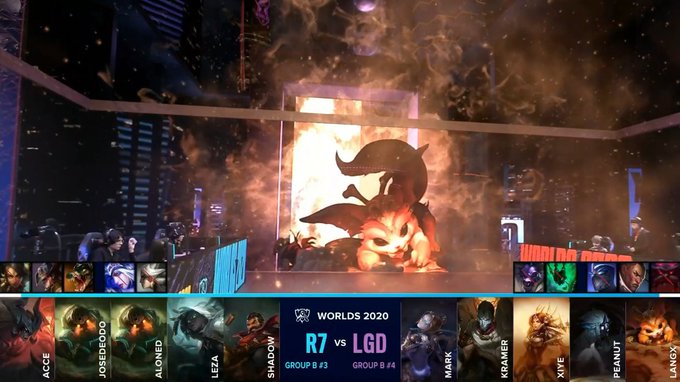 Same as in the first one, the first blood of the second game arrived very soon for LGD Gaming, the first dragon too, but the gold scores remained even this time, and Rainbow7 was able to get another kill and the Herald.

Despite the Chinese team got the second dragon, it was R7 who went ahead in the gold score, thanks to the turret plates that they got. The advantage wasn’t really big, and despite the Latin American team got the first turret too, the gold score was basically the same for both teams.

Slowly, LGD started to take the advantage, thanks to the three dragons they got, together with some new kills. When the fourth dragon appeared, the Chinese team rotated to defend it. They succeeded, and got the Infernal Soul, while R7 could only go back to save their lives.

Some minutes later, LGD rotated to the Baron Nashor, and as soon as R7 appeared, they turned around and fought them. The Latin American team had to run away, which allowed LGD to get the buff for free.

The gold difference was 7k and growing, so Rainbow7 could not fight for the Ancient Dragon. The Chinese team got that objective, and with all the buffs, pressed the mid lane, destroyed all the structures, and won the second game. 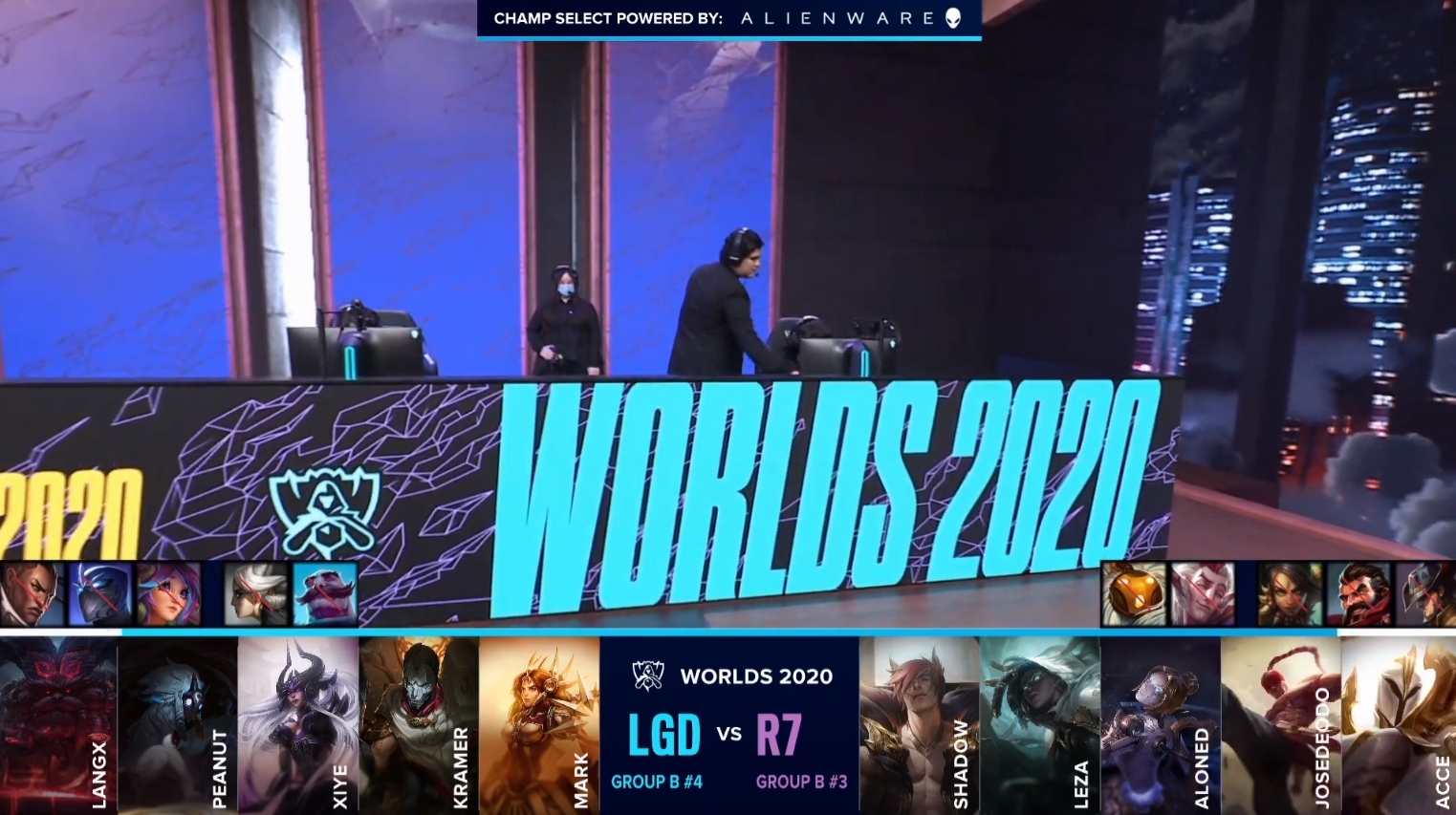 In three minutes, LGD Gaming took the first blood of the game once again, and increased the gold difference by destroying the first turret very soon too.

Nevertheless, Rainbow7 took the lead in kills, the first drake, and one turret, which allowed them to match the enemy’s gold score heading to the mid-game.

Once there both teams started to play aggressively and, after several fights, the Chinese team took the lead back in gold. Especially after a team fight in the mid lane where four players of R7 died.

With this advantage, LGD managed to get the Baron, and pushed the mid lane with its buff. Only few minutes later, the Chinese team entered the enemy base, killed the Latin American players again, and won the series 3-0.

With this result, LGD Gaming will be facing Legacy Esports tomorrow in a new Bo5, and Rainbow7 goes back home.

RELATED NEWS
Mastercard Thanks Fans With Worlds 2020 Activations, Giveaways
Black Ops Cold War full scorestreak list reportedly leaked
Insane Rapier comeback from Yang saves Elephant.4AM from elimination
Jensen renews with Team Liquid for three years and 4.2 million dollars
Recent Posts
This website uses cookies to improve your user experience and to provide you with advertisements that are relevant to your interests. By continuing to browse the site you are agreeing to our use of cookies.Ok