If you were too busy celebrating the fourth of July, you missed some great Overwatch League (OWL) games. The Summer Showdown took place this weekend, and it was full of exciting games and surprising results. Here’s what happened in the North America bracket, in case you missed it.

The first round was full of surprises

Unfortunately for these teams, they didn’t last much longer. Washington and Houston would go on to lose in the Quarterfinals, and Toronto would lose in the semi-finals. Despite this, these teams should be optimistic about their futures.

The biggest surprise was the winner

Perhaps the biggest surprise of the 2020 OWL season so far was the Paris Eternal. They entered the Summer Showdown as an 8 seed. They beat the 9 seed Dallas Fuel in their first match 3-1. Paris (perhaps unsurprisingly) beat the 4 seed Vancouver Titans next. Their next two matches wouldn’t be as easy. They beat the 1 seed San Francisco Shock in five maps in the semi-finals and then the 3 seed Philadelphia Fusion to win the tournament.

The Eternal’s success was directly related to the performance of their Damage player, Yeong-han “SP9RK1E” Kim. He showcased how strong Genji is now, and he stepped up in a big way against top-tier opponents. 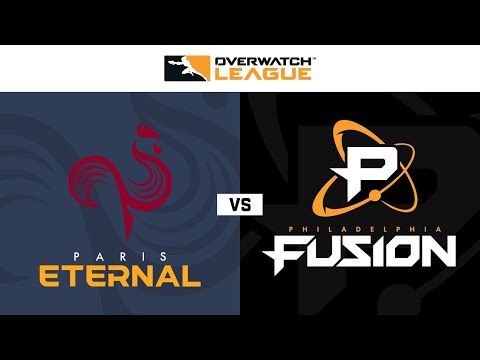 Paris didn’t have high expectations going into the tournament, where most people undoubtedly expected a Shock vs. Fusion final. The shifting meta definitely favored Paris, however, and they managed to get it done in a big way. This should come as great news for Paris fans, as they now emerge as one of the top teams in the OWL after their Summer Showdown performance.