You are here:
Home / OWL Week 28 takeaways: Can Seoul turn things around?

Week 28 of the Overwatch League (OWL) season is in the books, and it didn’t disappoint. The weekend had plenty of surprises, but perhaps none more significant than the performance of the Seoul Dynasty. Here are some key takeaways from this weekend’s matches.

Seoul sweeps through the weekend

The Seoul Dynasty has looked extremely inconsistent in the OWL this year. They were at the top of our power rankings at the beginning of the year, after acquiring Joon-yeong “Profit” Park, Jae-hee “Gesture” Hong, and Seung-tae “Bdosin” Choi during the off-season. Unfortunately for Seoul, they found themselves at 8-11 coming into week 28.

This weekend, they found their groove, however, as they dominantly went 3-0. They swept the New York Excelsior and then the London Spitfire twice. These teams aren’t exactly top-tier, but winning against them will surely help Seoul’s morale for the upcoming playoffs. 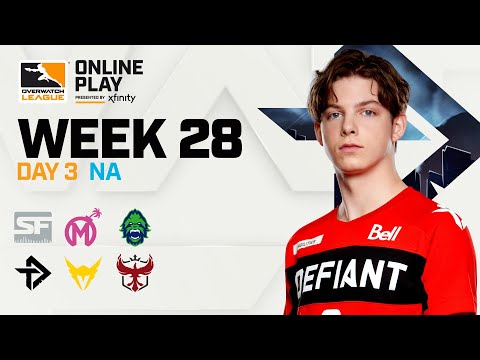 The Shanghai Dragons have been the best team in the OWL Asia region. They won again this weekend, and are now sitting at 27-2 in first place overall. The next team in Asia is the Guangzhou Charge, who are currently 18-7 and fifth place overall. Shanghai are clear favorites to emerge from Asia, while the second Asia team is up in the air.

The Philadelphia Fusion had a big 3-0 win over the San Francisco Shock this weekend, which puts them at the top of North America at 24-2, with the Shock at 23-3. Both of these teams are definite contenders from North America, along with the Paris Eternal and the Florida Mayhem. North America has more teams in general, however, so there is always the chance for late-season shenanigans.

The OWL plays again next week, and playoffs begin on September 3. Be sure to stay tuned at Daily Esports for all the latest OWL news, stories, and takeaways. Don’t miss out on the end of the 2020 season!

RELATED NEWS
Cavani, Götze und Co. – Bekannte Spieler fehlen in FUT 21
Neuer Zombies-Duorekord während Livestream erreicht
FIFA 21 – Next-Gen Upgrade, so gehts!
Dad's Life Esports League – Eine Liga nur für Väter – Call of Duty
Recent Posts
This website uses cookies to improve your user experience and to provide you with advertisements that are relevant to your interests. By continuing to browse the site you are agreeing to our use of cookies.Ok