In the middle of signings soaring around, the people in charge of the Overwatch League have released some big news involving the 2021 season. In a recent YouTube video, vice president of Overwatch Esports Jon Spector talked about details for next year. This included a rough start time, if tournaments would return, how divisions would work and an event they would run at BlizzCon this February. Unfortunately, a lot of specific details are still in development due to the pandemic. Either way, the fans are finally getting some news for next season. 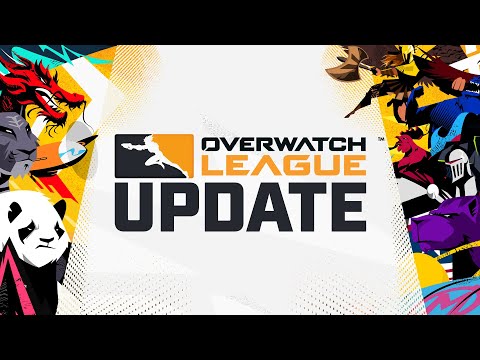 To start, spring is the earliest we will get the start of the league. As Spector said in the video, it gives them more time to both plan the tournaments and infrastructure. Also, when it comes to regional tournaments, they are returning for next season. However, tournament format is subject to change. Plus, Spector revealed the high chance of the league continuing to be split in two divisions. They are also looking for a good spot for them to host the 2021 Overwatch League Grand Finals in person when the season ends. Lastly, in the now longer off-season, the league will create or showcase fun tournaments involving the Overwatch community. These tourneys will consist of ones like Fran’s Overwatch Community Cup and the Flash Ops tournaments.

Shock vs. The World event

Towards the end of the video, Spector mentioned an event at BlizzCon for the champions. They created a competition named “Shock vs. The World”, where two time champs San Francisco Shock will face super teams of current or former league players and other key members in the community. This won’t be like the Overwatch League games, as they will consist of a large variety of challenges. From the way it’s been described, it seems a good way to both show the fun side of the Shock, but also bring more livelihood into a quiet off-season. As BlizzCon gets closer, more details will be revealed.

In conclusion, it is great to see updates for 2021 from the Overwatch League team coming out consistently. Hopefully this continues into next year and leads to a great 2021 season.

RELATED NEWS
Asim joins the New York Subliners, to start in place of HyDra
Call of Duty Challengers Elite Series Information Revealed
CS:GO – Der ultimative Config Guide (autoexec) | esports.com
The best NA storylines to watch for heading into the VALORANT Champions Tour
Recent Posts
This website uses cookies to improve your user experience and to provide you with advertisements that are relevant to your interests. By continuing to browse the site you are agreeing to our use of cookies.Ok