As a result of the partnership, Therabody will provide its products to the players of both organisations. 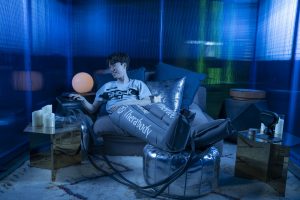 In addition, NRG players and staff will participate in ‘customised educational programming’ with Therabody University, the wellness firm’s educational division. This includes training on protocols tailored to the players’ needs, using Theragun percussive therapy and the company’s devices.

Dr. Jason Wersland, Founder and Chief Wellness Officer of Therabody, commented: “I’m so impressed with the care that the players put into training for long and rigorous tournaments.

“With an added layer of education on our natural recovery solutions, this team will bring even more intensity to the world of esports.”

A range of wellness-focused content will also be created by Therabody, NRG, and San Francisco Shock. Specifically, the digital content series will show how whole-body wellness can enhance performances for both professional and amateur players.

Throughout the deal, NRG’s players will integrate Therabody’s products and solutions into their social posts and live streams.

“To prevent myself from getting too in my head, I use my Theragun after scrims, and my body and mind both feel relaxed and ready to take on my next opponent.”

This is Therabody’s first foray into the esports sector and follows on from the firm’s recent partnership with Major League Soccer football club Seattle Sounders.

Esports Insider says: Physical and mental wellness has rapidly grown in importance as esports continues to professionalise. As a result, it’s no surprise to see NRG secure a deal with Therabody. Alongside providing its players with equipment, the activations also looks to educate more people about wellness, which can only be seen as a positive.