You are here:
Home / MAD Lions secure first in LEC standings with win over Rogue 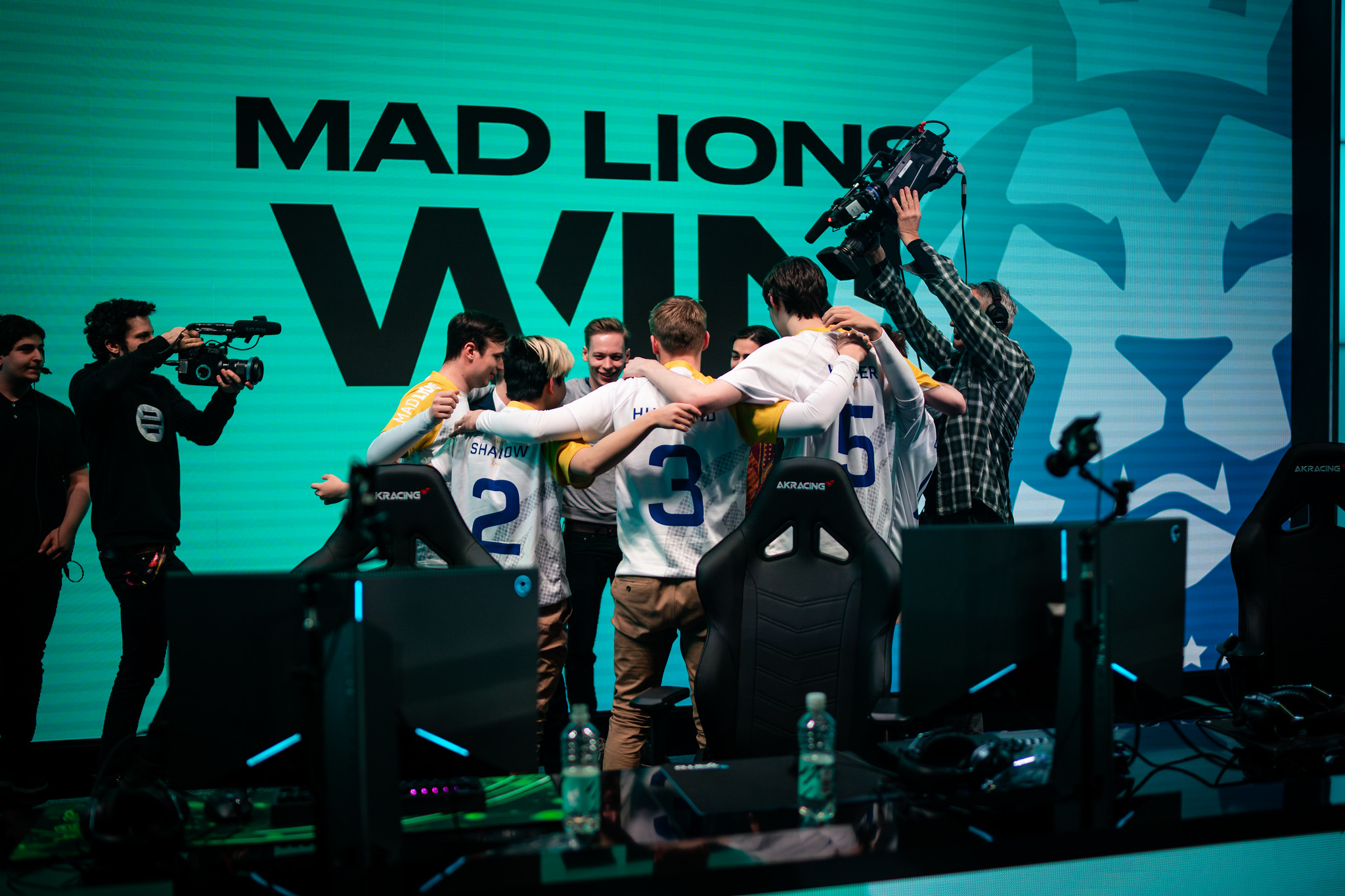 After a tense 32-minute game between the two top League of Legends teams in the 2020 LEC Summer Split, MAD Lions broke from the pack and defeated Rogue today, becoming the undisputed leaders of the LEC rankings.

MAD Lions came back this split stronger than the last, showing that they are more than worthy of claiming one of the top spots in the LEC. Yesterday, MAD showed up with a clean win over Origen, a game in which all eyes were on Humanoid and his outstanding performance with Orianna. Today, they claimed their second win of the week over Rogue and placed themselves as the top team of the rankings.

Rogue, on the other hand, made a big statement yesterday defeating Fnatic, which earned them a tied spot with MAD Lions. Although Rogue showed strong communication and synergy in both games, MAD Lions proved through and through that they were the better team.

MAD Lions gained a slight advantage over Rogue in the early game today, getting the ball going with a 2,000 gold advantage and two dragons. The creativity in their plays presented a challenge in which Rogue had to find windows of opportunity. MAD Lions kept ramping up, however, and the game for Rogue became a matter of survival.

A victorious fight in the bot lane at the 30-minute mark gave MAD Lions the push they needed to invade the enemy Nexus and take the win.

The incredible performances from Humanoid, Kaiser, and Shad0w earned them nominations for KIA Player of the Game, with a close final majority vote for Shad0w at 41.8 percent.

MAD Lions end week three with a clean 2-0 and a sweet spot at the top of the standings. Catch their next game on Friday, July 3, as they face Schalke 04 at 1pm CT.