The agreement, which according to the release officially began in May, sees LG secure LPL Pro CS:GO naming rights for the current season. 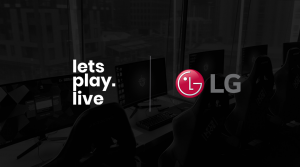 Duane Mutu, Managing Director of LetsPlay.Live, commented: “LPL recognises the global technological force that is LG. We are thrilled to partner with a world-leading brand that fits perfectly within the gaming and esports space.

Alongside being integrated into LPL’s CS:GO series, LG is expected to be featured across other LPL Pro broadcasts. This also includes Rainbow Six Siege’s Oceanic Challenger League and the 2021 VALORANT Oceania Tour.


Last week, the LPL sealed a partnership with agency MKTG Sports & Entertainment. Moreover, the company announced a deal with KRAFTON in May to help fund LPL’s PUBG leagues.

Esports Insider says: After securing a range of publisher deals so far in 2021, LPL has now partnered with a notable non-endemic brand in LG. It has yet to be fully seen how much LG will be integrated into LPL’s broadcasts, however, the deal certainly highlights the company’s continued growth within Oceania.