As a result of the partnership, both entities will collaborate on a range of initiatives over the next 12 months. This includes interviews, videos, giveaways, and social media content. 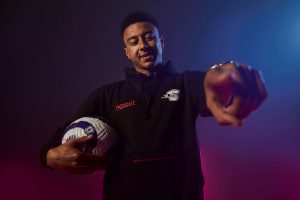 
In addition, Boost Gaming’s logo will be featured on JLINGZ esports’ team jerseys throughout the duration of the deal. JLINGZ esports joins North American organisation Pittsburgh Knights as a partner of the digital gaming shop.

“For me, it was kind of a no brainer to partner with Boost Gaming,” said the Manchester United footballer. “Our overall goal is to get the biggest and the best. The conversations were ongoing, but we finally came to an agreement and I think it’ll be a perfect match for us.”

Given that JLINGZ esports only entered the scene in August this year, Lingard went on to state that the partnership with Boost Gaming provided the organisation with more confidence from a commercial standpoint.

He said: “Esports is a big sector and now I can get in there and I can turn it into a business. Teaming up with Boost Gaming — one of the biggest game brands in the world — can only prolong me to do better in the future. We’ve got so many things already in the pipeline.”

“Of course, you want to go out internationally and you want to be top tier, but you have got to start somewhere,” said Lingard. “As I have said, it’s my first time doing something like this but we’re sort of getting used to it. I trust my players to push on and in the future really get top tier. I’m competitive anyway, I’ve got to win.”

As of this writing, JLINGZ esports currently competes in Rainbow Six Siege and FIFA 22.

According to the press release, the partnership between Boost Gaming and JLINGZ esports is also expected to help bring the digital gaming shop ‘closer to the world of esports’. Alongside sponsoring esports entities, Boost Gaming currently operates a partner referral model with content streamers, creators and esports athletes.

Dean Douglas, Director of Boost Gaming, added: “We’re hugely passionate about serving the gaming and esports community with a secure and reliable destination for digital gift cards, in-game credits and subscriptions, and partnering with JLINGZ esports will help us to drive that message to the consumer.”

Earlier this month, JLINGZ esports secured a partnership with Australian esports organisation The Chiefs Esports Club. As well as working together to expand both brands, the entities will also develop an esports academy for aspiring players.

Esports Insider says: This is quite a significant first commercial partnership by JLINGZ esports. The deal immediately highlights the value of having a well-known name at the forefront of an organisation. It’ll be interesting to see how the brand activations are integrated into JLINGZ esports and whether there will be more partnerships announced in the near future.