You are here:
Home / How To Invest In Esports: The Perfect Guide

How To Invest In Esports: The Perfect Guide

People around the world are constantly finding new modes of entertainment, and esports is a budding industry that is steadily increasing in popularity and is quickly taking over the world.

While traditional athletic sports remain a favorite pastime for sports fans around the world, the world of esports is catching up and is garnering the attention of millions of people from all demographics. 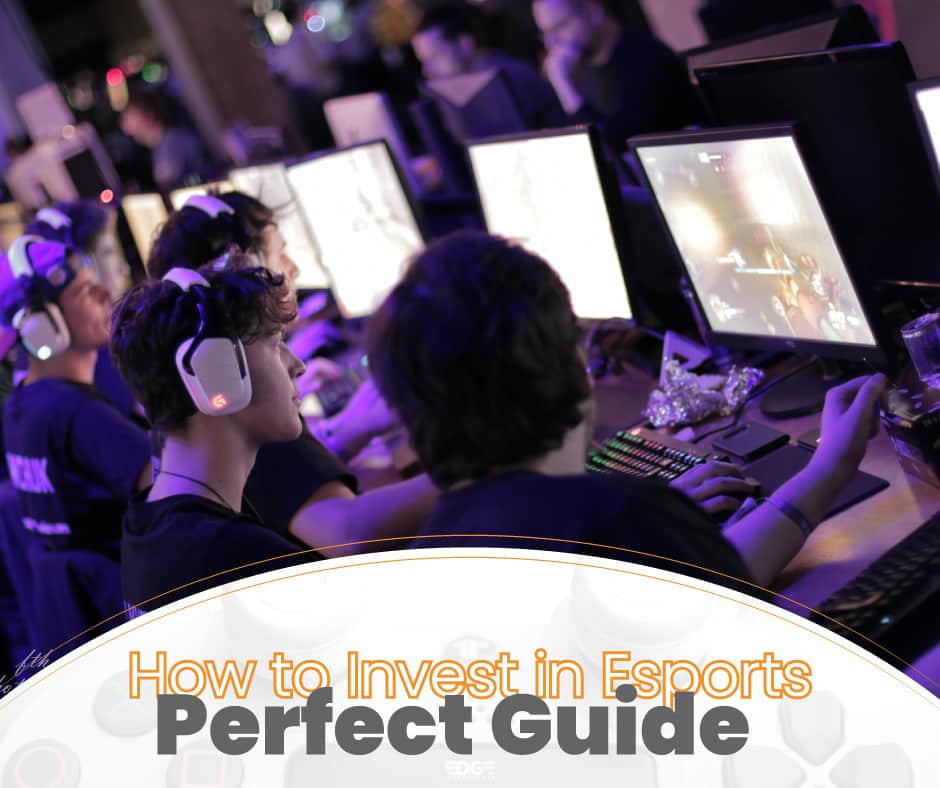 Basically, esports can be seen as some sort of expansion, or an alter ego, of the sports world. The main difference is that sports are popular for being showcases of superhuman talent and athleticism of professional athletes, while esports provide entertainment through the immense gaming skills of pro gamers, but both industries are similar in that fans support their favorite teams and that the most popular teams and players garner attention by being the best at what they do.

The case for esports as a genuine industry and not just a niche market for young gamers has already been made. Statistics show that in 2020, esports had an audience of 495 million people all over the world. It’s also predicted that the esports industry will be worth 1.5 billion dollars by 2023.

How Is Money Made in Esports?

Esports has proven that it is a highly lucrative industry. It provides livelihoods for people in the industry, from the players, to the game developers, streaming services, and of course, to investors.

The popularity of professional gamers introduces audiences to the games they play, which leads to increased revenue for the developers. Furthermore, streaming services also make money through the fees paid by viewers for subscriptions to their favorite players.

However, not everyone has the talent nor the time to develop into a world-class gamer. Working for a gaming company is also off the books for people who have already decided to work in fields that are nowhere near related to gaming. One thing that everyone can do to take advantage of the esports boom, though, is through investing, provided that they have the budget.

There are a variety of ways to invest in esports and reap some of the dividends of its continuous rise, from stock trading to direct investments. Whatever your investment of choice is, as long as you invest wisely, there is money to be made through esports.

Ways to Invest in Esports

Of course, a huge chunk of the profits through esports go to the companies involved in esports themselves. These companies include the game developers and publishers, console and PC companies, and companies that produce gaming accessories.

There are various gaming companies that sell stocks through brokers, and the choice is yours as to which broker you’d like to sign up for and which company you’d want to invest in.

The first step is to open a brokerage account among the various brokerage websites to be found online. Then, you simply put your money in and pick the company you’d want to invest in. Some gaming companies you can invest in are Activision Blizzard, which is known for franchises such as Overwatch and Call of Duty, Tencent Holdings, which has League of Legends and Fortnite, and companies such as NVIDIA and Logitech which produce PC components and gaming accessories, respectively.

It’s highly advised to build a portfolio with small investments in different companies instead of a large investment in just one company. Once you’ve put your investments in, you just have to hope and wait for the companies’ stocks to appreciate in value and sell your stocks if you’re satisfied. 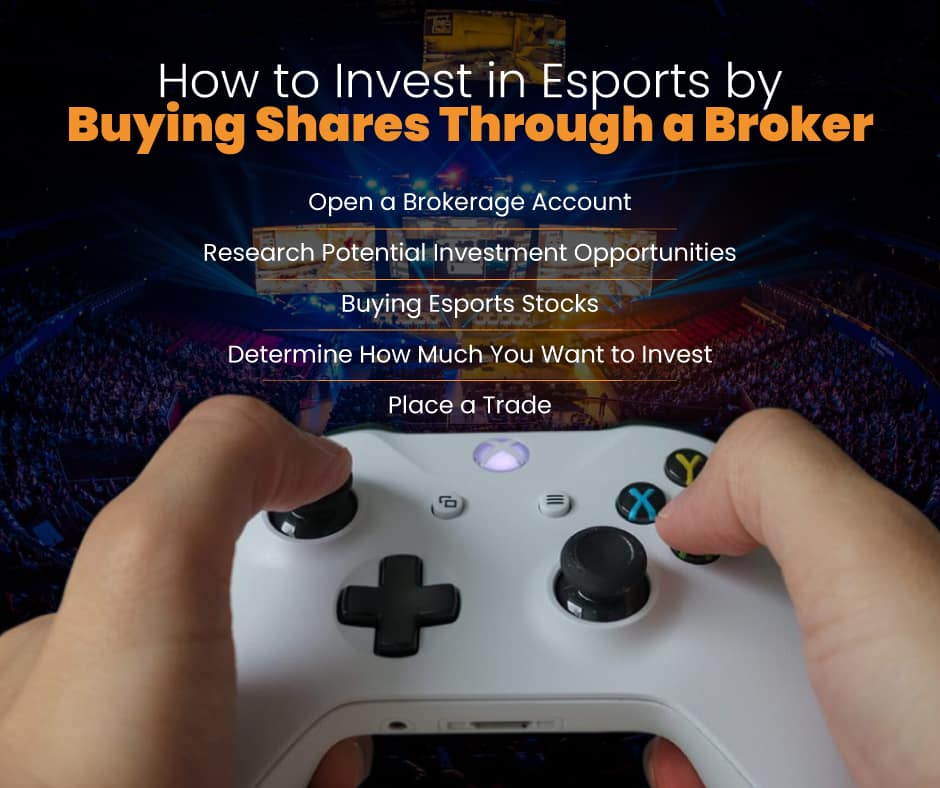 Esports teams are likewise receiving a great share of industry revenues through winning prizes in various leagues and through sponsorship deals with established brands. Much like in sports, wealthy investors also look to invest in esports teams, like Michael Jordan investing in Team Liquid, and Drake investing in 100 Thieves. As of 2018, these teams were valued to be worth 200 million dollars and 90 million dollars, respectively.

Unfortunately, not everyone has the budget nor the connections for such an investment, but you can still invest in your favorite esports team if they’re under a public company. There are esports teams that are directly tied to companies in the stock market, such as Luminosity Gaming with Enthusiast Gaming Holdings Inc., and the Chengdu Hunters with HUYA Inc.

What are the Most Popular Esports Games?

A prime consideration when deciding in esports is the games themselves. The most popular games should tell you to invest in companies and esports organizations that are engaged in these games as they offer the most potential and the most value at the moment, especially if the game is continuously providing new content through DLCs or a battle pass.

Some of the best esports games with established audiences that they have built throughout the years are Counter-Strike: Global Offensive, Dota 2, Fortnite, and League of Legends. Games released in 2020, such as Valorant and Call of Duty: Warzone, are also showing potential to become huge esports titles.

RELATED NEWS
Dota 2: DPC Weekly Recap #1 – South America
Fortnite: Clix and Deyy Win NA East January DreamHack Duos – Complete Results
AoE II: DauT defeats Liereyy 4-3 in the Red Bull Wololo III grand final in a tournament of upsets
Siebenfacher Weltmeister Jonas Neubauer prägte den Tetris-Esport
Recent Posts
This website uses cookies to improve your user experience and to provide you with advertisements that are relevant to your interests. By continuing to browse the site you are agreeing to our use of cookies.Ok