You are here:
Home / Hearthstone Classic finally debuts in its newest update

Following suit in the chase for nostalgia, Activision Blizzard is bringing the Classic experience from World of Warcraft into Hearthstone. In the 20.0 update, players will be able to travel back to 2014 and experience Hearthstone before Quests and Rush minions were even around.

Originally announced at BlizzCon 2021, the new Classic format will take the game back to the 1.0.0.5832 Patch that came out in June of 2014. At this point in the game’s life cycle, there were no expansions and, more importantly, no nerfed or buffed cards. The idea behind the Classic format is to give players the same experience they had back when Hearthstone first released. 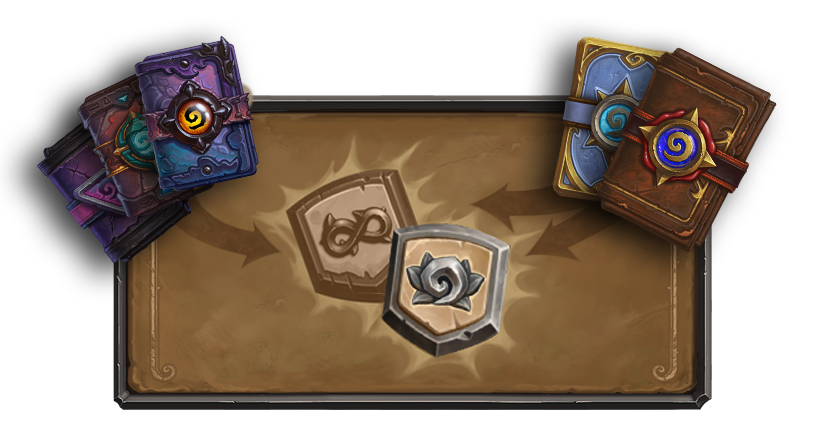 Out with the new and in with the old

With the release of the Classic format also comes a bunch of necessary changes. The first big change is how players will acquire the old classic cards they may have disenchanted over the years. Patch 20.0 will introduce “new” Classic packs that will only contain the cards from the original set back in 2014. The current Classic set will be reintroduced as a new core set that will still be playable in the standard format, while the 2014 Classic set will finally rotate to the wild format. The new core set will feature cards from a wide arrange of sets along with some new cards.

The second biggest change is what Activision Blizzard is calling “the great unnerfing.” To give players that true 2014 experience, every single Classic card that is currently in a nerfed state will be reverted back to its original state. For the Classic cards that are still currently in Standard and rotating to Wild, they will be reverted back to their pre-nerfed forms. Cards like Undertaker, Mana Wyrm and Edwin VanCleef will be free to wreak havok once again. The biggest catch, though, is that the Patch goes live before the rotation. For the first couple days of Patch 20.0, these changes will exist in Standard. This will impact the meta in a huge way for a small amount of time.

As a part of the Classic format celebration, Activision Blizzard will also be giving every player a Golden Classic pack. This pack will be just like a standard Classic pack but with every card in the pack being “golden.”

Along with the Classic format, the new core set and the great unerfing, Patch 20.0 also brings a new Hearthstone Battlegrounds Hero, new rewards progression, Diamond cards and the new Forged in the Barrens expansion.

The new Patch goes live on Thursday, March 25 with Classic available for play immediately. The Ranked ladder for Classic will go live with the release of the new Forged in the Barrens expansion and the set rotation for the Year of the Gryphon on March 30.