You are here:
Home / Fortnite leaks reveal a new Galactus skin, hinting at a cosmic fight

The next season of Fortnite is just around the corner and already leaks have been making their way online. Galactus, Marvel’s Devourer of Worlds, is coming for Earth. The cosmic entity who has been a constant threat to life in Marvel comics has slowly been approaching the Fortnite island. In the limited release Season 4 Nexus War conclusion happening December 1, leakers appear to have discovered a new Galactus-inspired skin for players to purchase. 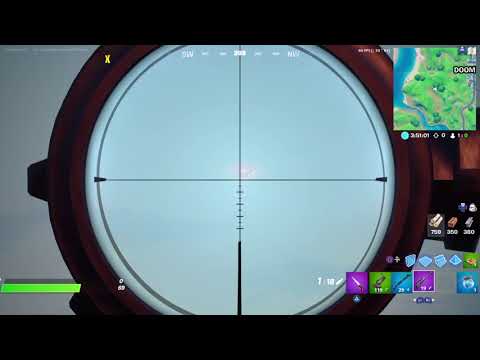 Thanks to dataminer ximton, players have their first look at the Galactus skin. He is large, red, and looks very stern. Galactus’ look is a pretty big departure from the traditional comic book look of the sometimes villain, all-time hungry planet eater.

The Season 4 finale begins on December 1 at 4 PM EST and players will get their first real look at Galactus and the costumes coming to Fortnite. Fortnite leaker iFireMonkey revealed what the Battle Pass tab will look like during the event. Developer Epic Games has announced that before the event goes live players would have the latest update, 14.60 downloaded. Epic Games also advised players to download the Houseparty app which allows for video integration with Fortnite.

Why is Galactus in Fortnite?

The new Galactus is part of a multi-company crossover. Earlier this year Thor, the God of Thunder faced a new cosmic entity bent on destroying the universe, the Black Winter. This entity has already destroyed one universe, the one that Galactus lived in as a regular moral being. As the last living thing in that universe, the man formerly known as Galan became Galactus when Marvel’s universe was born.

To fight the Black Winter, the Silver Surfer, Herald of Galactus, enacted a plan. By allowing Galactus to devour five specific planets, the cosmic being will become something new, something the universe has never seen.

Spoilers for Thor #6 and potentially Fortnite!

Thor, as the new Herald of Thunder, eventually kills Galactus in the comics. Since the cosmic giant is still on his way to the Fortnite island, it’s clear he’s not gone for good. As Thor kills both the Black Winter and Galactus, he receives a vision of the future from the Black Winter. Sometime, somewhere in the galaxy, the Mad Titan Thanos will be the one to kill Thor. Wielding what may be a new Infinity Gauntlet and Thor’s hammer, Mjolnir with all of the Infinity Stones embedded in the hammer. Making matters worse for Thor, is the army of undead Marvel heroes Thanos seems to command.

While all that might not be headed to Fortnite any time soon, it is neat to potentially get a closer look into what might be in store for players. For more Fortnite news, leaks, updates, and more follow Daily Esports as it releases.

RELATED NEWS
Combat Gaming to host $50,000 Fortnite charity tournament – Esports Insider
Team Liquid extends long-term partnership with Alienware – Esports Insider
Elephant keep the losing streak going at China DPC Regional League
Esports Charts named as ESIC data partner – Esports Insider
Recent Posts
This website uses cookies to improve your user experience and to provide you with advertisements that are relevant to your interests. By continuing to browse the site you are agreeing to our use of cookies.Ok