In his new role, Sisi will be responsible for leading the organisation’s new Brand and Creative department. This includes overseeing brand campaigns to better utilise EXCEL’s ‘Power of Better’ manifesto. 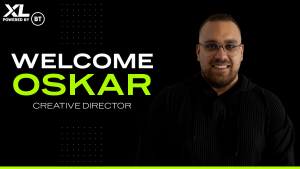 According to the release, these new campaigns are expected to be inclusive to young artists and creatives by providing collaborative opportunities with EXCEL on ‘various projects’.

EXCEL’s new creative director commented: “I first became interested in EXCEL when I discovered their goals to build a power brand by doing things differently than other esports organisations. EXCEL’s comprehensive focus on building a brand, a community, a story, and a journey made me want to join the team.

“I am always looking for ways to push my creative boundaries and I am really excited to share some of the brand projects we have been working on in the next few months.”

The former Fnatic Senior Art Director becomes one of many new faces joining EXCEL ESPORTS over the last 12 months. Alongside appointing a new creative director, the British organisation has hired Abi Odell as its People & Culture Manager and Mark Carter as EXCEL’s Commercial Director, among others. 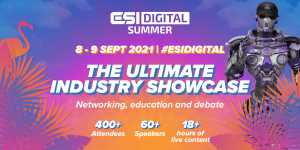 In July, EXCEL also completed a €20m (~£17m) investment round. The funding was said to be used to help the organisation improve its infrastructure, among other goals.

Esports Insider says: EXCEL ESPORTS has severely strengthened its backroom staff over 2021. The appointment of Sisi will look to bolster EXCEL’s brand identity, which has become crucial for creating and maintaining a successful esports organisation. Given the emphasis being made on collaborative projects with artists and creatives, expect some interesting partnerships in the near future.