The transactional waiver will allow EEG to legally accept bets in the Garden State.

Esports Entertainment Group intends to launch its esports betting platform VIE.gg in New Jersey on Tuesday afternoon. The launch of VIE.gg will kick off with a five-day ‘soft play’ period, which ensures limitations are applied to the online wagering experience to ‘ensure proper regulatory operations’. 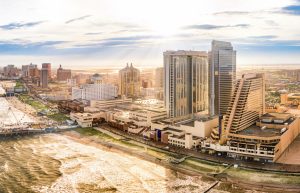 New Jersey bettors will be able to wager on a variety of prominent esports, including Counter-Strike: Global Offensive, League of Legends, and Dota 2.

CEO of Esports Entertainment Group Grant Johnson commented on the approval in a release: “We couldn’t be more pleased to be the first esports-dedicated operator to be granted the right to commence business in New Jersey. On behalf of our entire team, I would like to thank the Division of Gaming Enforcement for their approval of our platform and the trust they have placed in our company.

“Global esports betting is estimated to exceed $205bn by 2027, and we are thrilled to be playing such an important role in this fast-growing market with the launch of our first esports wagering offering in the United States.”

New Jersey lawmakers had passed legislation in July 2021 to include esports betting in the state’s legal sports betting industry. Licensed state operators, such as Esports Entertainment Group, are permitted to accept bets on esports up to $100, with a potential winning bet of up to $500. If sanctioned by the New Jersey Division of Gaming Enforcement (DGE), that wager limit could increase.

Esports Insider says: It’s certainly a red letter day for the folks at Esports Entertainment Group. The company had been pursuing a New Jersey license as early as 2020. This will presumably offer state residents a more accessible option for esports betting given the firm’s focus, and, in lieu of other domestic sportsbooks failing to offer routine markets on competitive gaming.