You are here:
Home / Dota 2: T1 Drops JaCkky From Its Roster After Win

Dota 2: T1 Drops JaCkky From Its Roster After Win

Many fans expressed disappointment after T1 decided to release JaCkky from its roster.

In a decision questioned by many fans, T1 released Souliya “JaCkky” Khoomphetsavong. After the carry helped the squad land third place in Season 1 of the DPC in Southeast Asia’s Upper Division. A win that secured a spot for the team in the first Major for the season.

But is it all the best for JaCkky? He won’t be playing in the tournament he helped T1 qualify for. He has two options remaining if he still wants to reach TI10. He can take the place of someone else who also gets removed from his team, or he can build his own team, participate in and win the open qualifiers of DPC season 2, and then play the whole season in the Lower Division. After that, he’ll have a shot at reaching TI through the Regional Qualifiers.

JaCkky joined T1 in November 2020 together with Kenny “Xepher” Deo after the team showed lackluster results. But the situation is different today. Why are they reshuffling their roster after a huge win?

The move means T1 will be penalized 15% of the points they earned for finishing in third place. They now have 170 points from the previous 200. Dota 2 statistician Noxville states, “Creating a penalty disincentivizes the behavior, but it doesn’t prevent it.”

While many fans sympathize with JaCkky, some believe that T1’s main consideration for this decision was money.

Or, it could be a sign T1 are opening their doors for rising star Nuengnara “23savage” Teeramahanon?

In a further development, T1 also released Go “Gee” Joung-hyun and Lee “Holic” Min-ho from their Call of Duty roster.

Although Gee tweeted that he left the team to pursue his studies, fans are still wondering what’s going on at T1 in the light of these player releases so soon after the year’s competitions get underway. 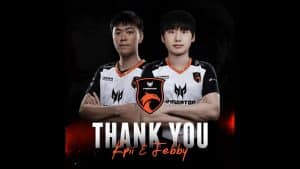 Their replies on Twitter seem to show that the two players’ departure was amicable. There 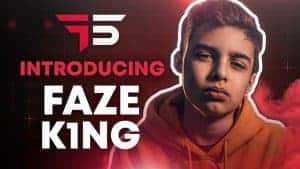 Fortnite: FaZe k1ng Will Relocate To NA East For Next FNCS 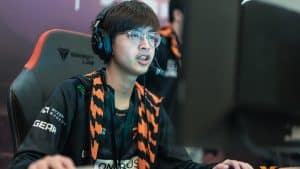 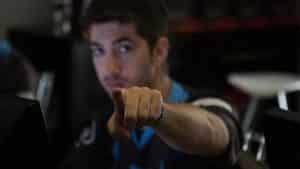 The new roster announced by Bravado is led by Dimitri “Detrony” Hadjipaschali. After the end