You are here:
Home / Diana to join the Targon champion roster in Legends of Runeterra Call of the Mountain

Bring down the sun with the Scorn of the Moon. 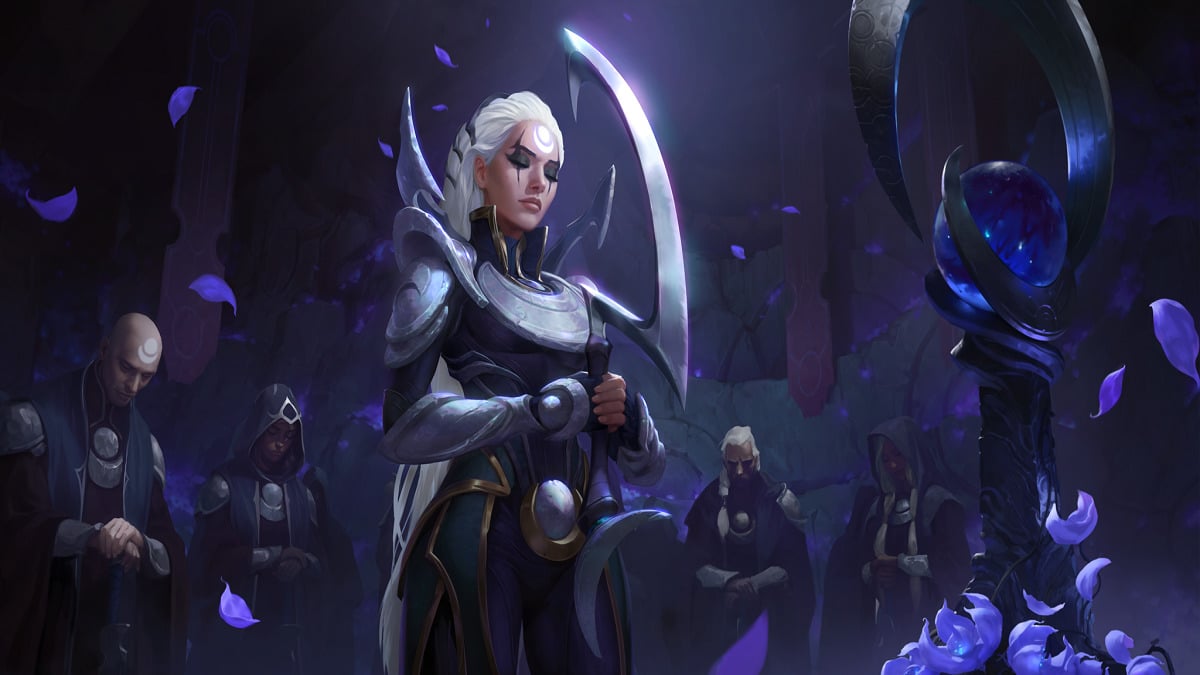 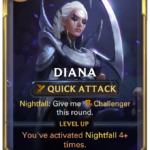 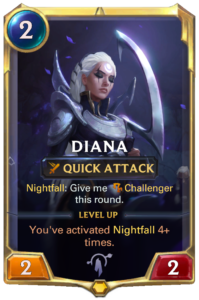 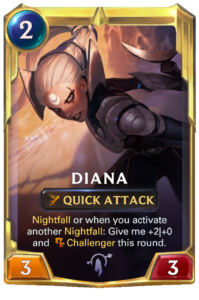 Legends of Runeterra: Call of the Mountain’s card reveal season presses onward. Today on Twitter, Riot Games revealed Diana, the second-to-last champion coming from this first set of Call of the Mountain. She reigns from the Targon region, continuing to build on the Nightfall mechanic.

Diana is a two-mana champion unit wielding two power and two health with Quick Attack and a Nightfall ability that grants her Challenger for the round. She reaches her leveled form when you activate Nightfall four times in a game.

Diana’s leveled form is also two mana with +1/+1 in stats and has the same Keyword. Diana’s Nightfall ability upgrades upon leveling up, granting her +2/+0 bonus stats for the round on top of the given Challenger keyword. In addition to its upgrade, it also triggers from your other Nightfall activations, giving you a chance for an ultimate combo finisher turn by playing a chain of Nightfall cards.

Diana’s made for aggression and board control. At two mana, her stats and keyword are comparable to Lucian, who has one more attack. But the fact that she can gain Challenger means she can usually clear out one unit in the early game before being taken out herself in later combat. Diana’s strength comes from her level-two version of herself. Aside from being able to clear most units whenever you activate her Nightfall effect once, if you hoarded multiple Nightfall cards in the late game, then you can threaten lethal opportunities on the opponent if they fail to clear Diana.

Since Diana needs multiple Nightfall support cards to level up, she has natural synergy with the previously revealed Nightfall cards from the Shadow Isles and Nocturne. Aside from these cards, she also has natural synergy with the recently revealed Daybreak cards, as they gain all of their bonuses by being the first played card in the turn, and Nightfall cards activate their effects after not being the first card played the first in a turn. In addition to all of these aspects, all of the Daybreak cards, including Leona, are designed with aggression in mind. This aggro identity lends to all of the Nightfall cards that also wish to take down opponents as fast as possible.

Diana will join the champion roster when LoR: Call of the Mountain is officially released for PC and mobile on Aug. 26.