You are here:
Home / COVID-19 provided these two Overwatch teams with a test case for esports on local TV—and it worked

For esports, the show must go on. 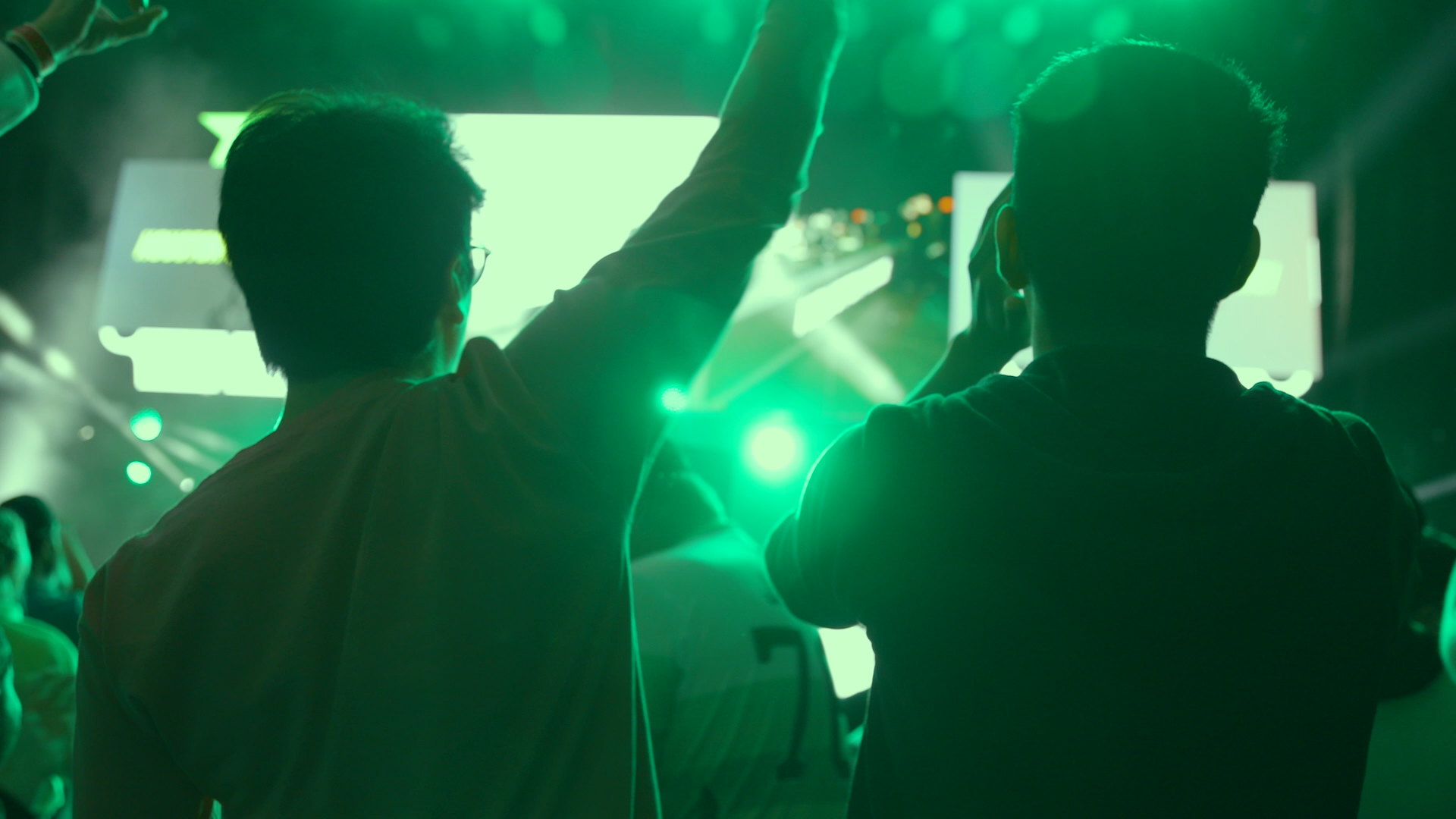 On March 2 the CEO of Envy Gaming, Mike Rufail, and COO of Beasley Esports, Lori Burgess, met to discuss plans for a Texas-based Overwatch rivalry event between the Dallas Fuel and the Houston Outlaws. What they didn’t know then was two weeks later stay-at-home orders would shut down swathes of the U.S. economy. While most other sports were cancelled, esports were not.

A month later, Burgess met with executives at TEGNA, a broadcast media company that owns 13 stations across Texas (including Dallas and Houston). TEGNA was looking to fill a new program void and there was no fresh sports content. After speaking with the Fuel, Burgess told the broadcast television conglomerate about the rivalry event. The Lone Star Challenge, as it would be called, wasn’t scheduled until the end of the Overwatch League 2020 season or early 2021, but TEGNA asked if they could do it in three weeks and produce a documentary to go along with it.

“I almost choked,” said Burgess, who had just been promoted to COO in January.

The end result, the Lone Star Challenge documentary series—packaged for local Texas stations—points to a new direction for esports as teams localize their audience and old-school media warm to the idea of giving airtime to sports with plenty of Gen Z and millennial eyeballs.

Turning this idea into reality meant moving fast. Everything from sponsors to gaining league approval had to be completed within a month. According to Burgess, the documentary team worked long hours, and sometimes overnight, to edit together gameplay, interviews, and b-roll for the TEGNA show.

Burgess tapped her son, Patrick Lackey, to direct the Lone Star Challenge documentary shortly after her TEGNA meeting. Lackey had contributed to NHL documentaries, including Quest for the Stanley Cup and Road to the Winter Classic. He researched storylines, wrote the script and pitched it to the two esports teams’ stakeholders. The documentary team of around 30 people produced the film within a four-week constraint, Burgess said. 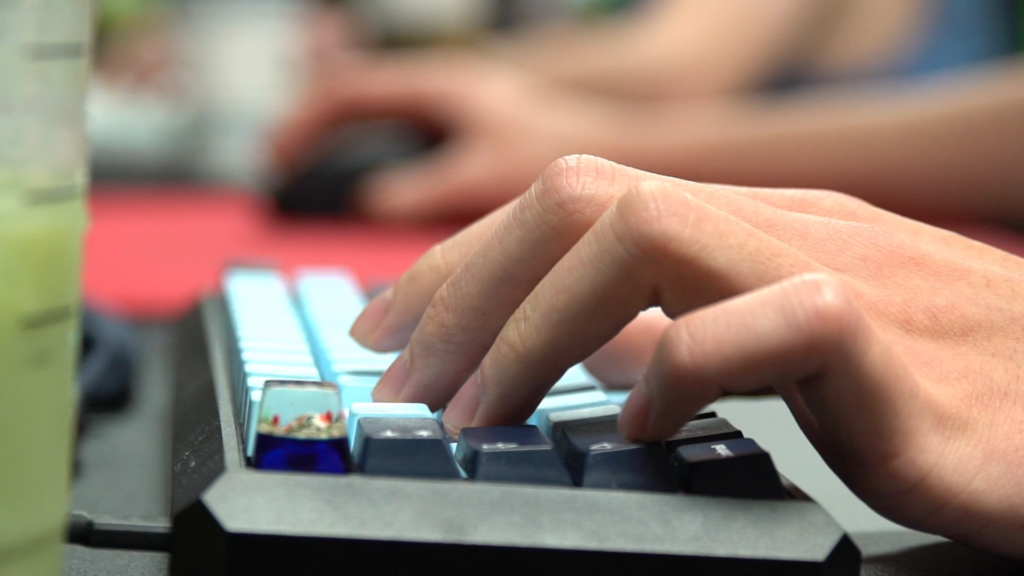 The three-part series aired on Saturday, May 9, 16, and 23, and focused on player storylines and the rivalry between these two cities and esports teams. It followed the live stream competition during the previous week. Each part of the documentary series included about seven minutes of Overwatch gameplay from matches, sometimes slowed down to help viewers better understand the game.

“Part of it is not just the talk about their lives and what their backgrounds are like and how their families feel about them being professional players and what their team dynamics and relationships are, but also to show gameplay,” Burgess said.

On top of that, as the documentary explored, players and coaches on these teams have some history, adding to the drama. The current head coach of the Fuel, Aaron “Aero” Atkins got tied up in the rivalry back when he was first getting into esports. Atkins was in talks with FNRGFE, the precursor to the Outlaws, but management ultimately passed on hiring him.

“I was pretty devastated,” Atkins said in an interview in part one of the documentary. But he eventually found a new home at the Fuel. 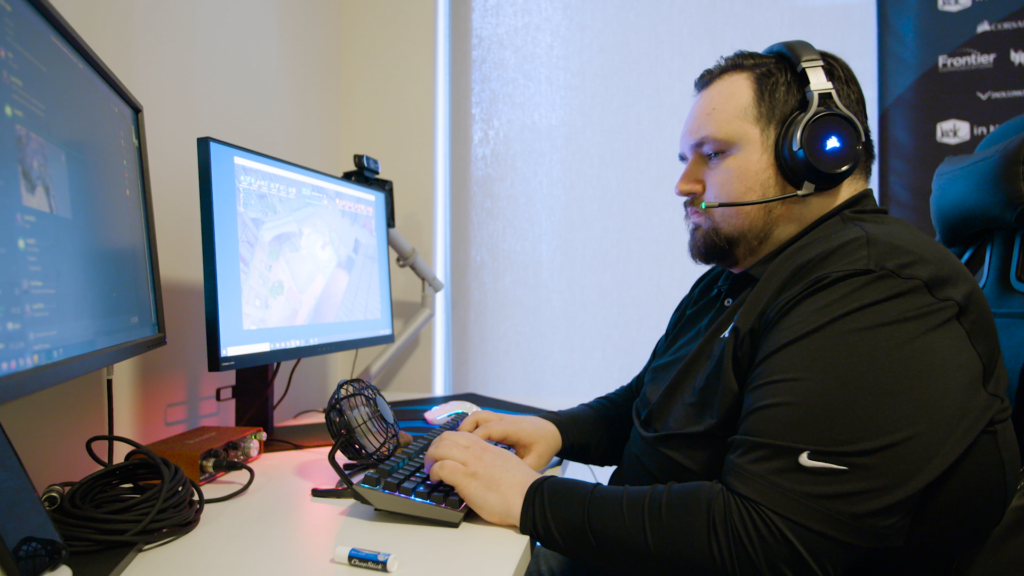 The rivalry aspect was just one part of the documentary storyline. Lackey showed the multi-dimensional aspect of players, who, contrary to popular belief, don’t rot in their parents’ basements. In that vein, the docuseries added a humanizing touch to esports players, exploring friendships between the two rivals—that is, until they play against each other.

“I’m actually friends with a lot of them,” tank Ashley “Trill” Powell said of the Outlaws in part three of the documentary. “There’s no bad blood between us, it’s kind of you’re the other Texas team, we have to destroy you.”

For Shane “Rawkus” Flaherty, Houston’s support, the competition was only part of the overall experience. It was also a chance for him to honor his father, who had supported his esports career but died one month after OWL began.

“I had a chance to play against the team that is our biggest rival by far and a chance to tell my story in a documentary,” Flaherty said.

From the player perspective, the series was an opportunity to defeat bitter rivals. On the flip side of the coin, for those higher up on the totem pole, the Lone Star Challenge was a test for how regional Overwatch rivals would fit in with the larger media ecosystem.

According to Burgess, the three competitions and documentaries saw a total of 98,000 total views with 61,300 unique viewers online. She said that’s expected to grow as they continue to market the series. As a comparison, the latest OWL game between the two rivals on May 28 reached 32,000 viewers on YouTube.

Exposing traditional audiences to esports through local TV broadcasts of the documentary was just one part of TEGNA’s vision for this partnership. Each station has its own social media channels, and Edmond Busby, senior vice president of strategy at TEGNA, said they were able to drive viewership numbers in the “hundreds of thousands.” 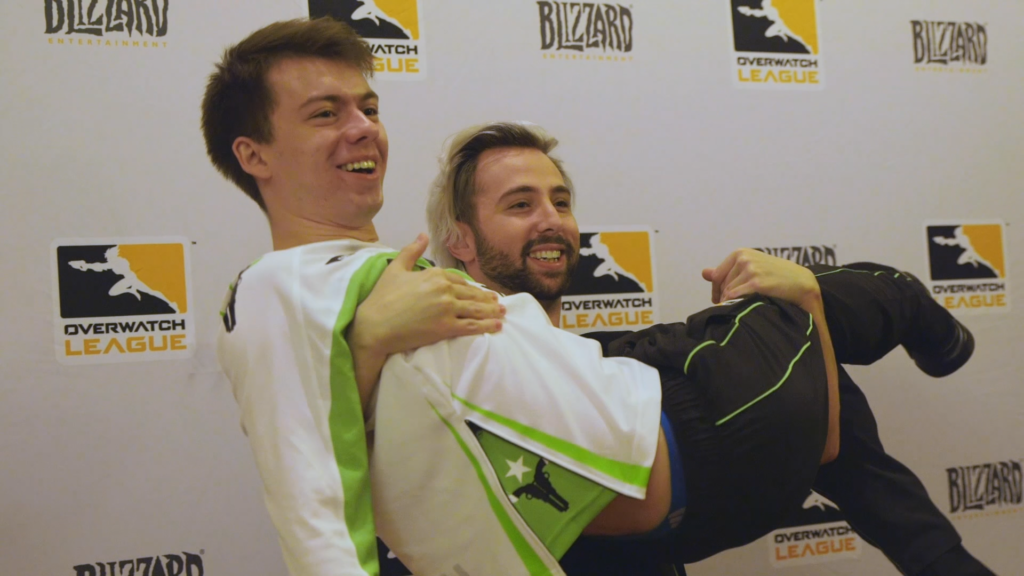 TEGNA declined to share TV ratings or specific digital viewership numbers with Dot Esports, however, the ownership of teams maintained it was a success.

“It seemed like chocolate and peanut butter coming together between the right partners, the right timing, the right footprint,” Busby said. TEGNA covers 87 percent of the T.V. broadcast footprint in Texas. “If ever esports is going to really find its footing in the U.S., now is the time.”

Despite the two-city, two-team rivalry, the ownership behind both teams, Beasley Esports and Envy Gaming, worked closely together to bring this idea into a reality.

The two rival teams pooled their marketing resources and secured Samsung as the presenting sponsor by April 23, mere weeks before the TEGNA deadline. Four days later Burgess got final approval from the broadcast conglomerate. Activision Blizzard approved the Lone Star Challenge on April 29 and play began on May 4.

While each team maintained its own sponsors, they shared revenue from event sponsors, which included the supermarket chain H-E-B and Zenni, an eyewear company.

As the coronavirus pandemic continues to force events online and other teams leverage rivalries, like the two LA-based teams, the Valiant and Gladiators, more Lone Star Challenge-type friendly competitions are likely to spring up, though they may look very different.

“This is still an industry very much in its infancy and it needs creative, out of the box, ideas and the exploration of new paths in order to figure out what will define it,” Burgess said.