You are here:
Home / Cloud9 debut new roster, Evil Geniuses emerge as early favorites after week one of LCS Lock In tournament

The LCS is back with an unprecedented, head-turning preseason tournament. 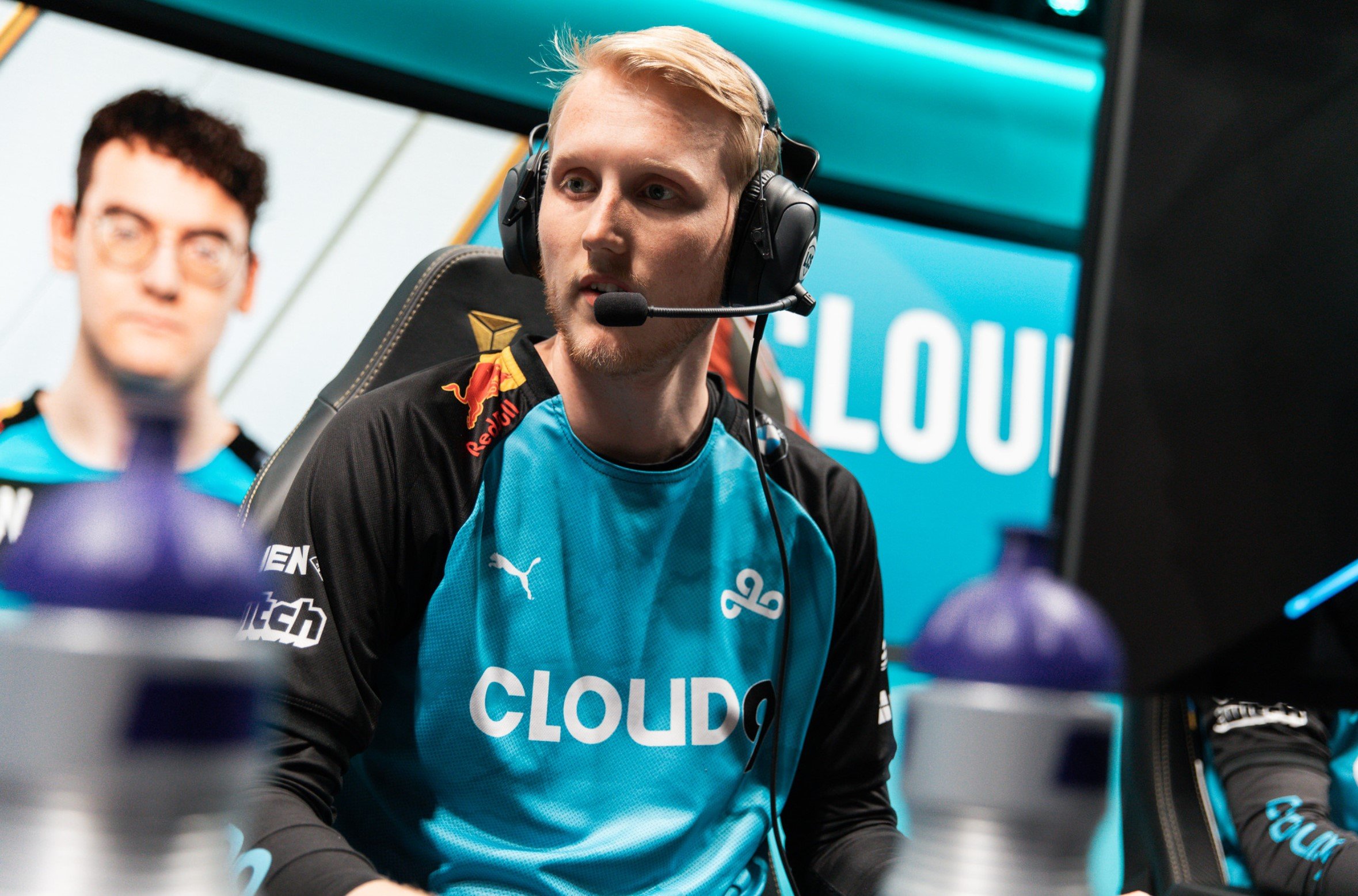 Preseason favorites were challenged, new contenders rose to the challenge, and emerging stars were thrown into the fire during the first weekend of the 2021 LCS Lock In tournament.

As League of Legends teams such as Evil Geniuses and Cloud9 climbed to the top of the league early on, other contenders such as FlyQuest and Dignitas struggled to find their footing throughout the group stage. Still, a full slate of LCS games this weekend officially marked the return pro League of Legends in North America.

Here are some of the biggest storylines and takeaways after week one of the LCS Lock In tournament.

Cloud9 stumble, then turn on the jets 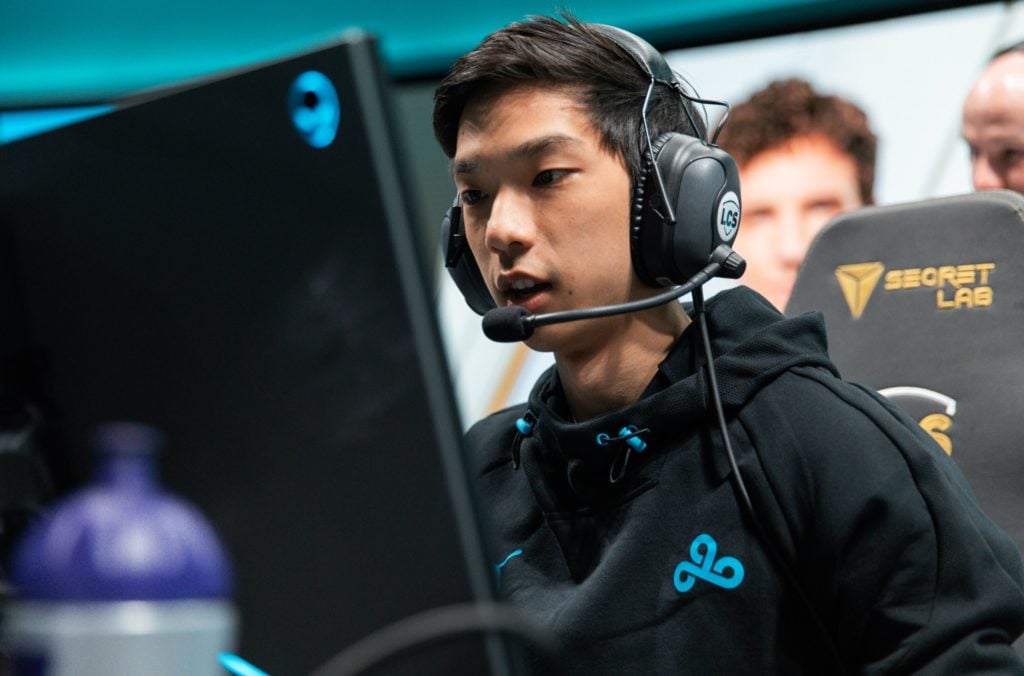 After a grueling, near-45 minute loss to Evil Geniuses to open the season, Cloud9 quickly turned things around in their final two games of the weekend, thoroughly defeating FlyQuest and Immortals on Saturday and Sunday, respectively.

For Cloud9, the weekend’s turnaround was rapid and dramatic. On Saturday, the team closed out a near-perfect game, only losing one objective over the span of a 23-minute stomp. Then, to close out week one, C9 took Immortals to task, winning by well over 15,000 gold in another one-sided affair.

Against FlyQuest and Immortals, Cloud9 took advantage of their opponents’ fractured starting lineups to the fullest extent. Like many of the teams participating in the Lock In tournament, FlyQuest and Immortals are two organizations that are currently suffering from visa issues surrounding some of their most notable imported stars. With high-caliber names like FlyQuest’s jungler Josedeodo and Immortals’ support Destiny out of the picture, Cloud9 and its roster filled with All-Pro level players were able to easily glide to a 2-1 record after stumbling out of the gate.

Next weekend, if Cloud9 can find a win over Dignitas—whose roster is completely settled—to close out the group stage, the team will move into the bracket phase of the Lock In tournament with ease. Even still, the opponents that might be waiting for C9 on the other side of the group stage might prove to be a tougher challenge than splintered teams with incomplete rosters.

TSM rely upon comebacks and heroics to secure 2-1 record 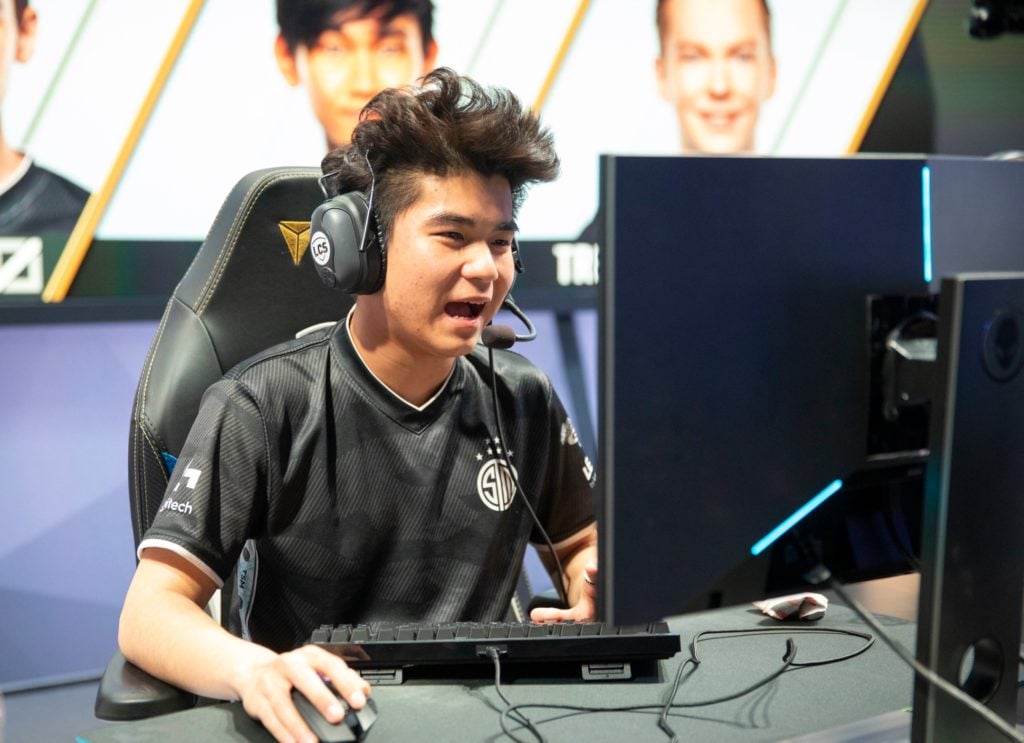 After a rough opening match on Friday night against 100 Thieves, TSM flipped the script and walked out of the first week of the Lock In tournament with a winning record of 2-1. But what’s most noticeable about TSM when compared to some of the other teams that managed to finish 2-1 (or even 3-0) this weekend, is that TSM needed to put its faith in some longshot scenarios to walk away from week one relatively unscathed. In the team’s second game of the weekend against Golden Guardians, for example, TSM found itself down over 6,200 gold at the 23-minute mark, needing a miraculous Baron steal from Spica to give the team a chance.

The next day, against CLG, TSM’s victory was more straightforward, as the team defeated its longtime rival in a relatively simple 32-minute affair. But even still, in that game, it took another 23 minutes for TSM to gain a lead in gold. Perhaps the fact that the team turned things around in back-to-back games at precisely the exact same minute mark is a coincidence. But if TSM’s early-game struggles continue to bleed into the necessity for mid-to-late game heroics, fans could be looking at a spiraling trend.

Despite the successful record, it wasn’t hard to see glaring issues in TSM’s gameplay across the first few games of the Lock In tournament. It’s clear that the lineup is still finding its footing. Thankfully for TSM fans, the five players that the organization has employed this season are relatively skilled when compared to many of their contemporaries. Raw skill and mechanical ability will have to supplement the lack of synergy TSM might face right off the bat. If anything, it’s a blessing that the team is absolutely stacked with mechanically-gifted, All-Pro caliber talent.

There’s still many improvements left to be made before the organization is going to repeat as LCS champions in 2021. But at the very least, the skill gap between TSM and their opponents should be enough to carry the team deep into the Lock In tournament while the roster works out any remaining kinks ahead of opening day. 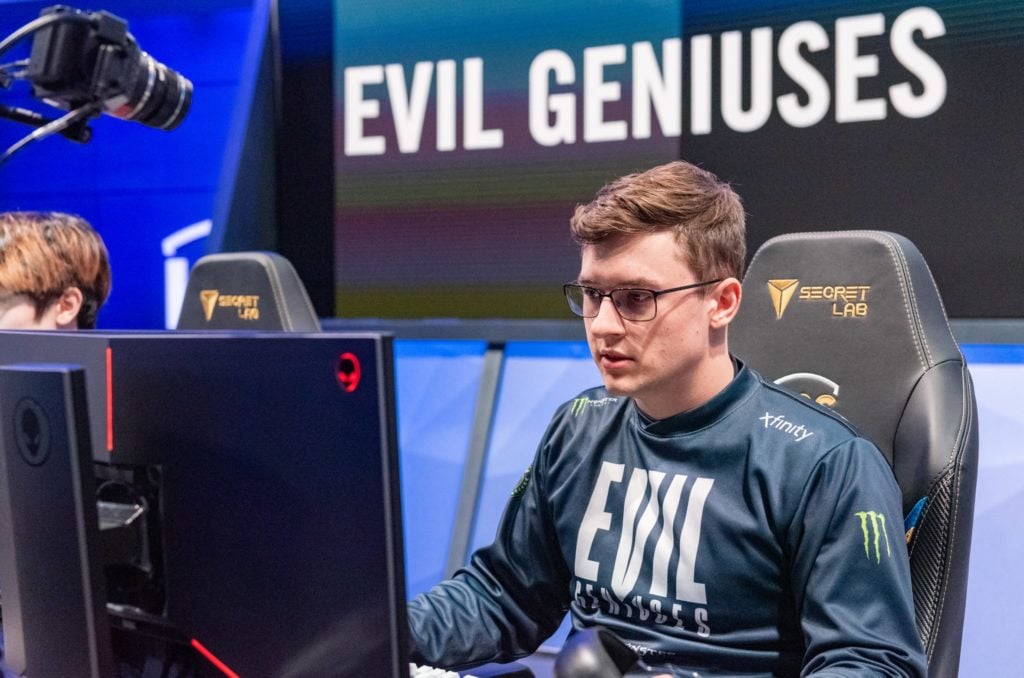 Evil Geniuses wasted absolutely no time making a statement in 2021. The team won all three of its matches this past weekend, with victories over Cloud9, Immortals, and Dignitas. After one full week of play, EG stand as the only remaining team in the LCS to boast an undefeated record in the group stage of the Lock In tournament. As the tournament progresses, it wouldn’t be totally unreasonable to put stock into EG, who have already secured first place in Group B. The team has looked crisp and precise thus far—easily standing out as one of, if not, the most polished team in the LCS through its first three days of play.

Solo laners Impact and Jiizuke look revitalized and more dominant than ever, while the bottom lane combo of Deftly and IgNar is showing early signs of development and synergy. EG burst out of the gate Friday night with an impressive victory over preseason favorites Cloud9, and only kept the ball rolling from there. By the time the weekend had ended, EG and its 3-0 record saw the team win all of its incredibly decisive games by an average gold lead of nearly 12,000. Additionally, Svenskeren’s 13/5/25 scoreline over the span of the weekend proved that the former LCS MVP might just be returning to form and emerging as the solidified backbone of a vastly improved EG squad.

Although it’s still early in the year, Evil Geniuses have seemingly crawled out of the woodwork as a team that isn’t just playing well above preseason expectations, but playing at a level that very well might secure the organization a title in the long run.