You are here:
Home / Can fighting games become a mainstream esport without abandoning grassroots? – Esports Insider

Fighting games have always been an integral part of esports. Most of the titles still prominently featured are almost as old as the industry itself. The scene’s initial surge in popularity was in the early nineties, with Street Fighter and Mortal Kombat shaping the genre. 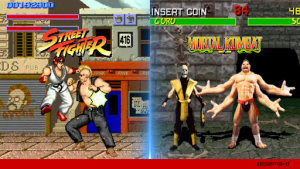 Initially, the inherently competitive nature of one-on-one fights helped propel the FGC sector into being a prime esport genre even before the term was coined. However, back then, there was no way to play online. As such, people used to gather in small circles and play against each other in arcades and video game parlours.

Consoles and gaming, in general, was nowhere near as popular and widespread as it is now. But these gatherings served as a foundation to what the future of fighting games would be built on.

Out of these, community leaders arose. People who worked tirelessly poured their whole time into organising an increasingly larger number of events for local communities. When titles like Quake, Doom, StarCraft, Warcraft, and, eventually, Dota and Counter-Strike started to make a name in esports, it was inspired by the competitive nature of fighting games like Street Fighter (“Atari to Zelda: Japan’s Videogames in Global Contexts” by Mia Consalvo).

Even though fighting games tend to have longer lifespans, in esports, only a handful of titles have had true longevity. League of Legends, Dota 2, and various Counter-Strike iterations have sat atop the pyramid for a decade already. These titles have experienced competition over the years, but ultimately, very few have managed to challenge the games.

As of right now, fighting games currently land in a lower esports tier than the above titles. Simply put, it’s not at all sunshine and rainbows for the community, particularly in terms of prize pools and finances. The answer to why the sector isn’t a top-tier esport is multi-layered and varied, and the ways to address the issue are even more ambiguous and elusive. 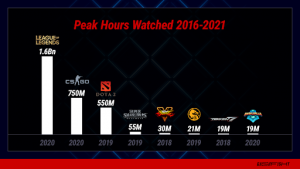 The issues at hand

The ability to allow everyone to participate in open tournaments is the heart and soul of the FGC. This is something non-negotiable for many, and each and every attempt to circumvent this system is met with waves of negativity. The FGC is essentially based on this, and hardly anyone would like to get cut off and have no chance of participation for arbitrary reasons. However, herein lie some issues.

The FGC encompasses many games and even more local, national, regional, and global tournaments across each title. Many of those are hosted by community members, with smaller prize pools and almost nonexistent partnerships. Most of the money lies at the very top of each game’s pyramid, however, it’s still nothing compared to the bigger esports titles.

Tournament organisation is a two-way street. To have big prize pools and high production quality, sponsors are crucial.  Most sponsors require assurances that the tournament will have high and consistent viewership numbers and, in the COVID-less times, high attendance in person. These sponsors prefer having well-known names such as Sonic Fox, Daigo, or Knee on the stream rather than less popular players that have made it through the open bracket. Everyone loves beautiful Cinderella stories, except for the big sponsors.

This causes a seemingly stalemate situation. It’s financially risky for non-endemic brands to sponsor tournaments if there is uncertainty on who will qualify for the event. Nevertheless, open bracket formats benefit grassroots tournaments or mid-tier events on a competitive level.

At some part though, something’s got to give. There’s an apparent compromise that other esports have been doing for a long time already – hybrid tournaments. For example, a sixteen-player event would have eight individuals invited, meanwhile the other participants try to make it in through the open qualifiers. Obviously, this isn’t something that’s going to please everyone and there will always be people with the attitude of “either it’s all open or nothing”.

There isn’t a set-in-stone way to handle a game’s competitive scene. The only thing that should not be done is to leave it sailing free without any kind of attention. Many competitive Smash players will remember those dark times. For an esport to be sustainable in the long term, it needs to have publisher support.

That doesn’t necessarily mean hosting a professional league — even leading parties like Valve delegate this to third parties. The primary point is game health. The issue is, sponsors tend to not like one-off events. When tournament organisers enter a field, longevity is a focus. The companies want to host annual tourneys and feature sponsors for two, three, or even five consecutive years.

Fighting games are also intricate and rarely reach a ’solved’ state where only a singular meta exists. Still, the lack of balance patches is something that actively hurts the FGC.

In League of Legends or Dota 2, when a character is broken or overpowered, you can create a composition to counter its strengths, or you can ban them. But in fighting games, when someone can punish your every move or deal significantly more damage than you can ever hope to do, there’s nothing to stop them from doing so. Dropping balance patches once in a blue moon or releasing a new DLC character is simply not enough.

Even more importantly, the games should have a good netcode. No one wants to be desynced in the middle of a fight or have high ping and lag spikes. Yes, the most prominent events are held offline, but the player base needs to qualify for it online.

One thing to commend though is the community’s commitment to the sector. Many game communities are very resilient – the Killer Instinct world tour has been hosted by community members, with the goal being to make the publisher notice that the game is still alive despite the support not being there. One of the events held this year under the hashtag #BringBackKI managed to attract more than 40,000 viewers.

One thing fighting game publishers tend to never do, for some inexplicable reason, is crowdfunding. Valve, in particular, uses this method to bolster Dota 2’s The International prize pool, which featured $40m for this year’s edition.

The company simply gave the players a desirable product within the game and transferred part of its profits towards The International fund. Riot Games does the same with League of Legends, albeit on a smaller scale.

Of course, none of the fighting games are as big as those two MOBAs, and it would be preposterous to think that any of FGC titles can accrue pools in the millions. But still, it can add a substantial amount of money.

The most important thing is to give players a sufficient enough incentive. It shouldn’t necessarily be an in-game situation, either. Fans can be incentivised in various ways, differing from game to game, from publisher to publisher.

Looking at the current state of the world, this is probably not the best time to gauge interest levels and make predictions.

COVID is as strong as ever, and even the biggest annual event in Evo saw a significant dropoff in pretty much every metric. There were some other contributing factors, but the main problem is the insane difficulty of simply hosting an offline event while guaranteeing everyone’s safety. 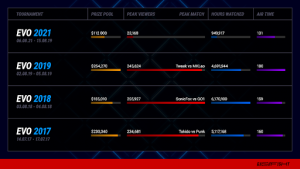 However, the involvement of such a company as Sony is already a good sign. Even if this year’s Evo 2021 Online didn’t hit the marks, it’s an incredible feat to host an online event in several games over two weekends in the first place.

Sony has the power and finances required to make right by the community. Players travelling to the event should not get less money in prize winnings than they need for a hotel room to stay there. The FGC doesn’t need another half-baked commitment.

One big remaining question mark is Riot’s future involvement in the scene. The publisher’s upcoming game codenamed “Project L” could shake things up, as the company itself is very savvy in esports hosting, and the people on board are some of the most respected in the whole FGC.

If Riot Games ‘ project succeeds, this could be a spark and a sign for other developers.

The FGC isn’t a singular unit; it consists of a plethora of games, multiple publishers, and developers with different approaches and visions. There isn’t a one-size-fits-all approach that can propel the whole genre to new heights. That doesn’t mean the scene can’t be better. But in doing so, it’s important that entities don’t lose sight of where the community came from.