You are here:
Home / Bwipo talks Summer Split learning lessons, state of the league, and LEC at Worlds

Bwipo is looking to play out the remainder of the season one game at a time. 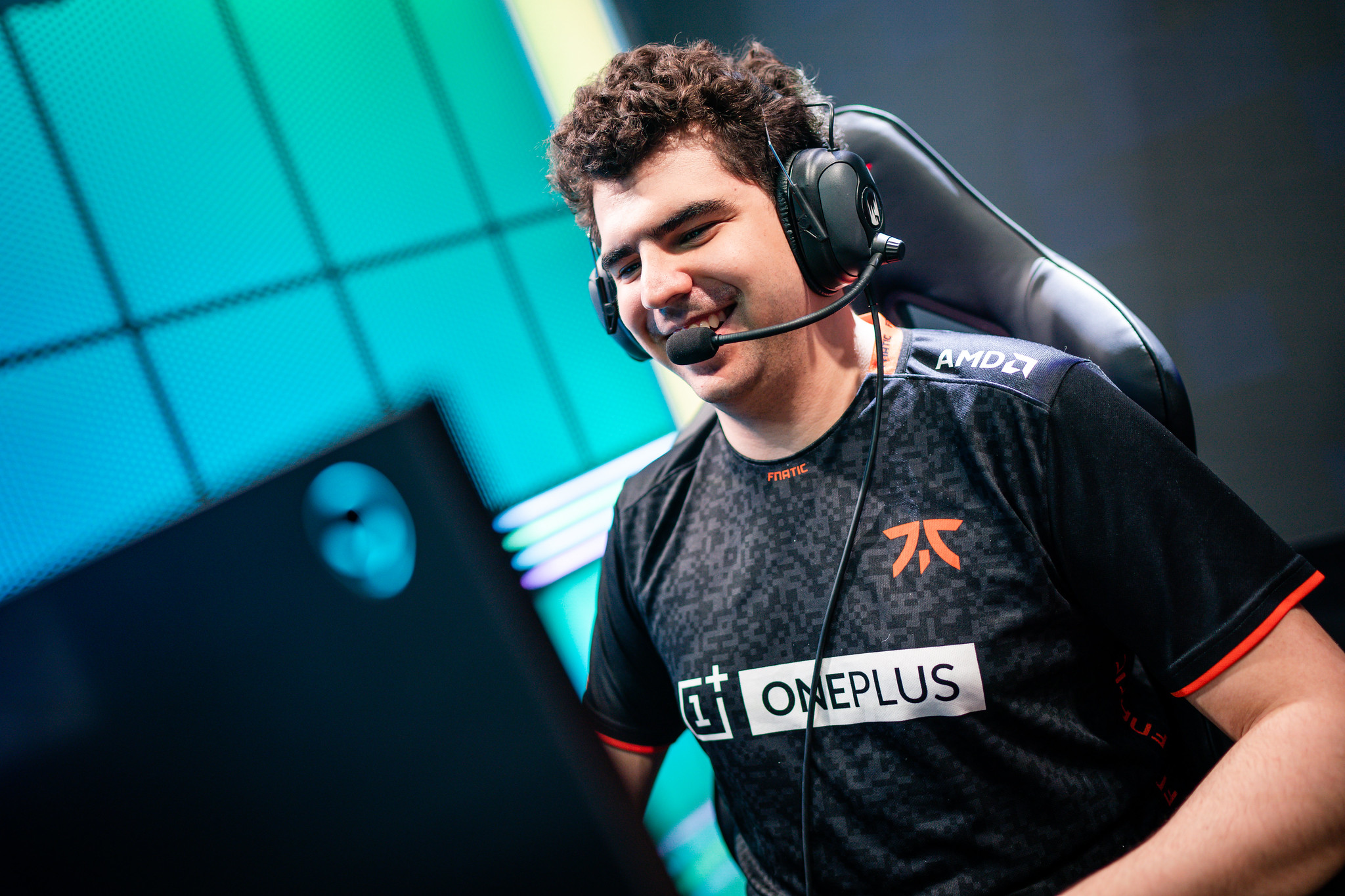 Fresh off of a one-sided victory over Origen in week six of the 2020 LEC Summer Split, Fnatic’s star top laner Gabriël “Bwipo” Rau gave us his thoughts on the team’s most recent win, his growth as a player this season, and how the European teams are stacking up against each other heading into playoffs.

Looking at their match against Origen, Bwipo said that comfort picks made all the difference for the League of Legends team—even though it wasn’t necessarily their gameplan heading into the match. As the game progressed, Fnatic took advantage of OG’s lack of productivity and snowballed their lead as a result.

“It was a very slow game from them, and I feel like a lot of opportunities with the Bard ultimate—like I remember there was a time where they forced our Jhin flash, and Bard never actually ulted him again,” Bwipo told Dot Esports. “So I think they were missing a lot of opportunities—or at least not looking for them—which made it a lot easier for us to play our game.” 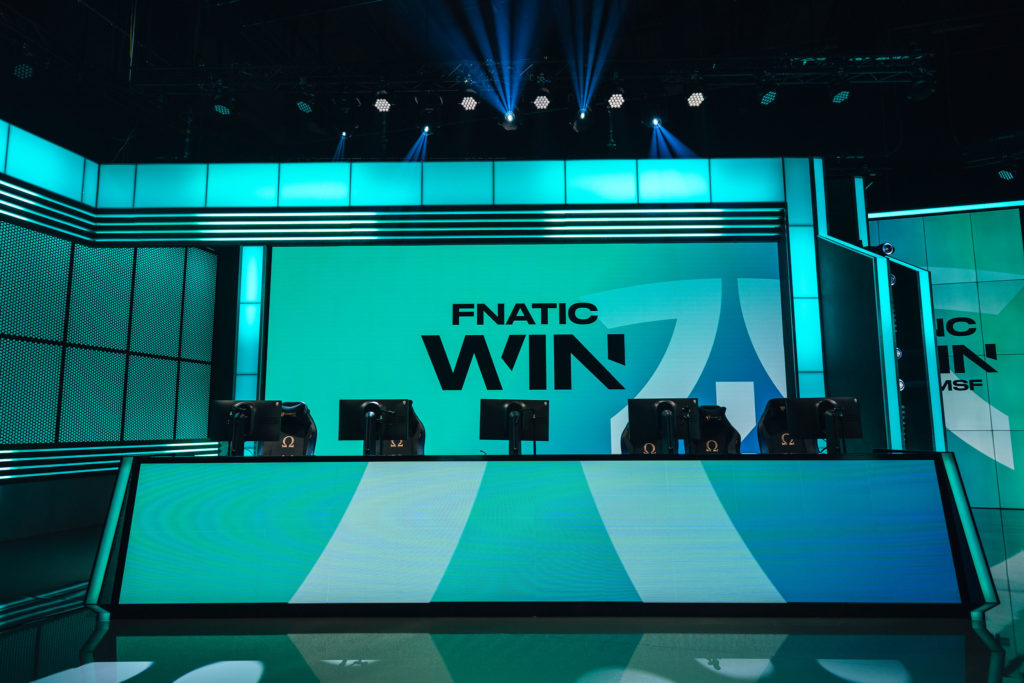 There are two more weeks of the split remaining, with a superweek to finish off the regular season. Although every game counts for playoff spots, Bwipo believes that there isn’t as much pressure for him and his team to win every single game.

Making playoffs is ultimately what matters—whether its in fifth seed or first—and Fnatic are no strangers to the bright lights and demands that the LEC postseason always brings.

“We still believe that we’re a strong team, and in a best of five setting, everything changes because you can change between games rather quickly, and that’s where player difference and player flexibility can really show,” Bwipo said. 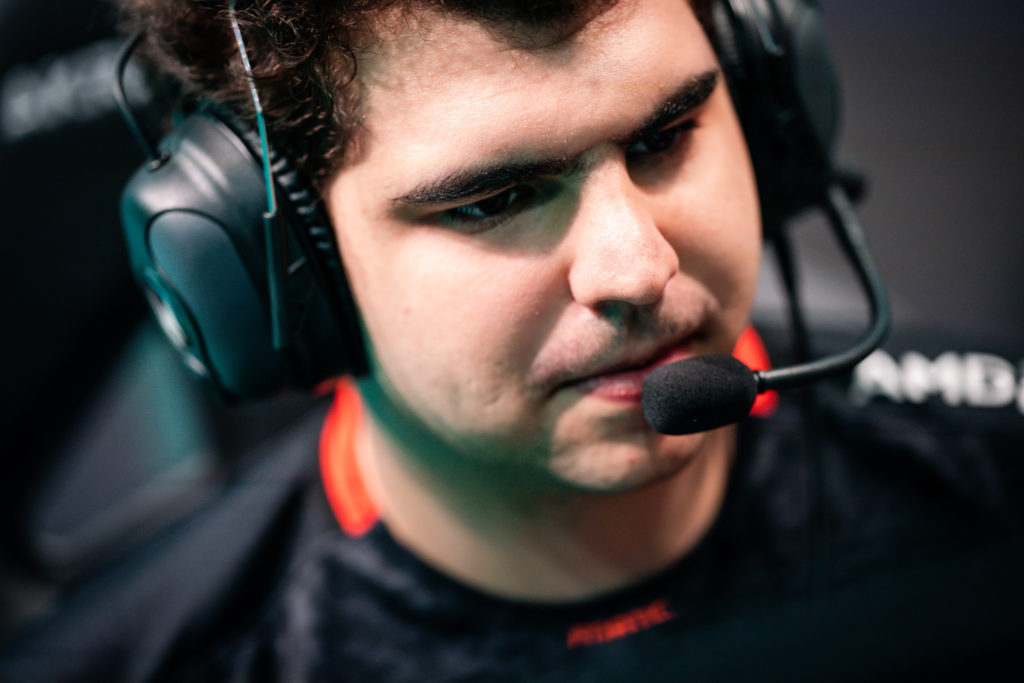 Although the goal isn’t to go 1-1 every weekend moving forward, the team won’t be too angry if it does happen. All they need to do is make the postseason, and then they can figure out seeding from that point onward.

The 21-year-old also said that he had one of his biggest learning lessons of the season today, when he took over the game as Gangplank against Origen. His “revelation” was that he’s really good at winning early game and carrying, or losing a little bit early and fighting in the mid game stages. He didn’t need to wait for three items, and he didn’t pick a champion that had a weak laning phase.

“I think taking those fights, communicating that I want to fight, and putting myself in a position that we can fight is ultimately what made this game go as smooth as it did,” Bwipo said.

The young guns of Europe 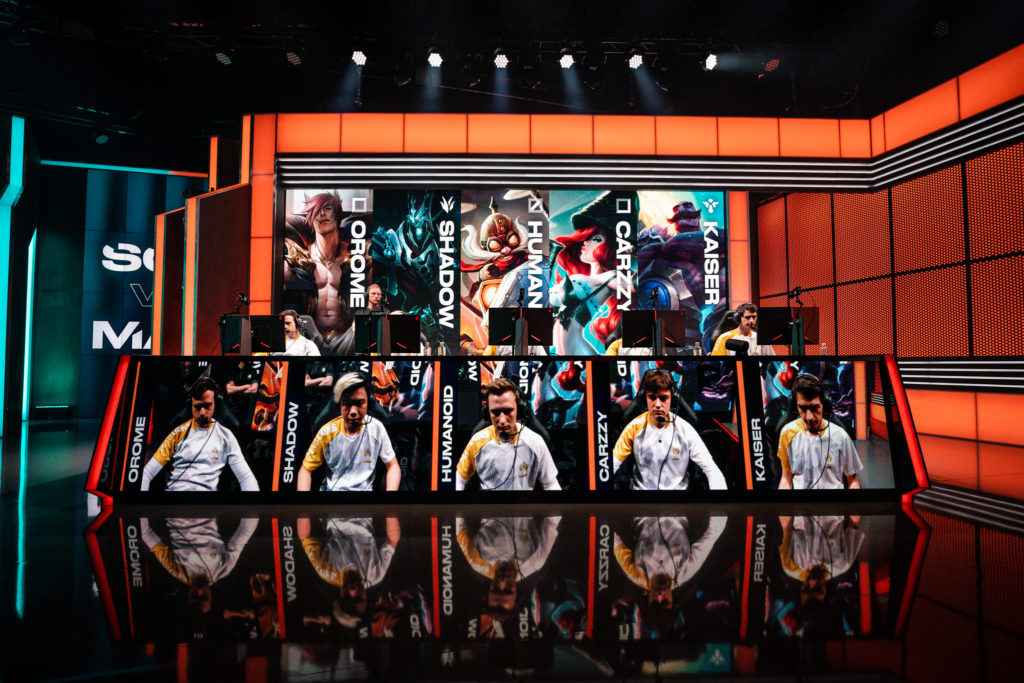 Bwipo also talked about what made MAD Lions and Rogue so great, and how both teams commit to the same style every game no matter who they face. The star top laner believes that “no team has shown that level of competency in countering those play styles.” As a result, the young guns have dominated the league so far.

“It’s like fighting against a boxer—you know what they’ll do, but the punch still hits and it still hurts,” Bwipo said. “You gotta take it, [and] you don’t have a way around it. So you either counter it by formulating a strategy specifically for MAD Lions or for Rogue, which is much harder than just sticking to your guns.”

He does think that MAD Lions is the flashier team, which is why they get so much praise from fans and analysts while Rogue gets overlooked. In comparison, there were times when he considered G2 Esports and Fnatic close in power level. But many people thought that the former were miles better than the latter due to the multiple big plays the team would make. 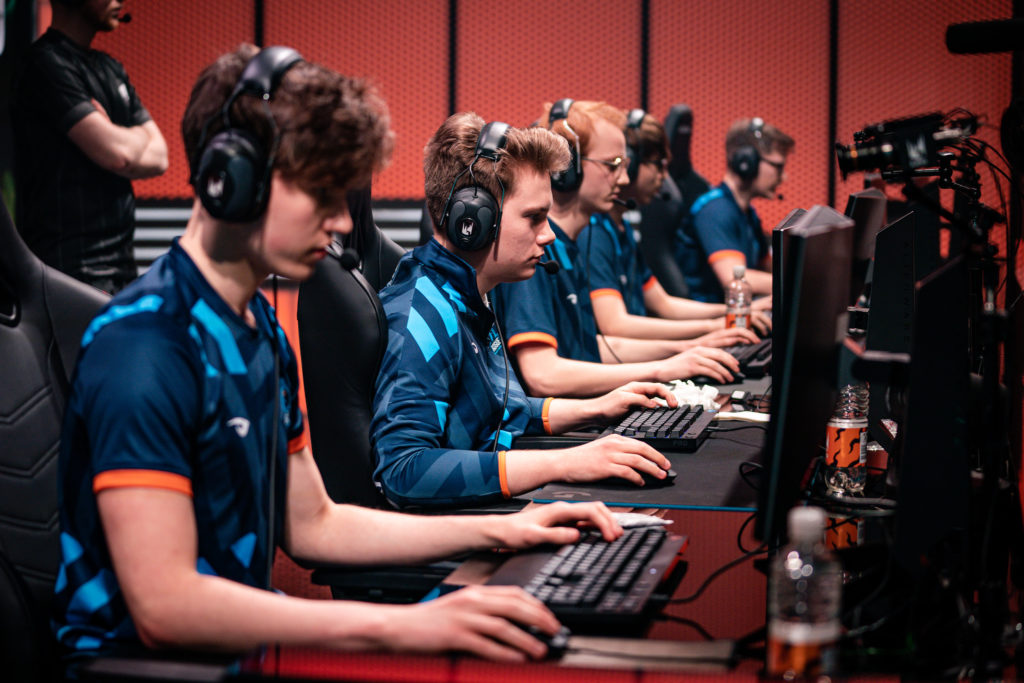 As for Worlds 2020, Bwipo thinks that teams like MAD Lions and Rogue will feel the pressure of multiple top-tier international teams developing counters against them. When teams go to Worlds, your opponents will know what strategies you’re going to use and what you were going to draft through intense preparation.

It might not seem like much work because it’s only two games to prepare for, but opposing teams’ analysts and staff will be going through a whole year’s worth of footage—your whole summer split, your whole playoff run, your tendencies as players—to get an advantage.

“You’ve got presentations that are like half an hour long based on one team, just grinding out all the details when you go to Worlds,” Bwipo said. “With a team like Rogue, when they’re playing such a standard stable game—unless they’re top tier and world class at that style—they’re going to have a hard time at Worlds.” 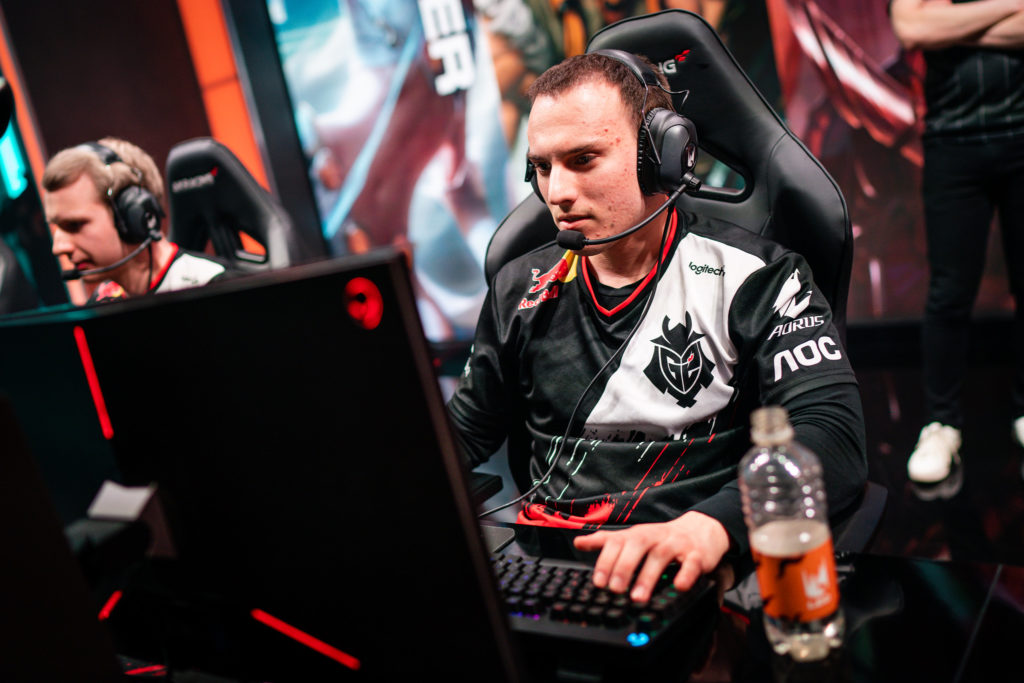 Bwipo hopes to see G2 at Worlds alongside Fnatic, even though they’ve been struggling recently, because he has seen them get through some pretty rough times. The 2019 MSI champs are tied for fifth place with a 6-7 record and haven’t looked anything like their dominant 2019 form.

“I’m going to give them the benefit of the doubt because honestly I want to see them there,” he said. “I would be—as a fan of the sport as well as the competition—very sad if G2 don’t show up even to playoffs.”

Fnatic are also in a similar predicament, sitting in third place alongside SK Gaming with a 7-6 record. It hasn’t been a perfect season for the perennial champions, but they’ve always shown up when it mattered most in Europe. Next week, Fnatic will pit themselves against G2 and Rogue in two matches that will help fans decide which team they should place their trust in before playoffs.

Catch Bwipo and the rest of Fnatic in action when the LEC returns on Friday, July 31.

RELATED NEWS
The state of FNCS and Fortnite competitive play in 2021 – Daily Esports
Ask Valorant: Riot discusses AFKers, smurfs, adding a block option
Team Vitality Settles Into Mumbai, Signs Several Indian Content Creators
Evil Geniuses hires Michael Fudzinski as Chief Revenue Officer – Esports Insider
Recent Posts
This website uses cookies to improve your user experience and to provide you with advertisements that are relevant to your interests. By continuing to browse the site you are agreeing to our use of cookies.Ok