Activision Blizzard has announced a major leadership change as the company’s President J. Allen Brack steps down from his role.

Brack will be replaced by Jen Oneal and Mike Ybarra, who will act as Co-leaders for Blizzard going forward. 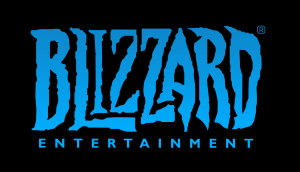 The announcement comes amidst a widespread backlash against the gaming conglomerate after a major lawsuit was filed by California’s Department of Fair Employment and Housing. The lawsuit alleged discrimination, harassment and a ‘frat boy’ working culture at the company.

Oneal joined Blizzard in January this year as Executive Vice President of Development, where she’s been providing senior development leadership and support to the Diablo and Overwatch franchises. Oneal is also the former head of Vicarious Visions, which was acquired by Blizzard Entertainment.

Prior to the announcement, Ybarra was Blizzard’s Executive Vice President and General Manager of Platform and Technology. His role saw him oversee the evolution of Blizzard’s Battle.net product and its development services organisation.

According to a press release, Oneal and Ybarra, who together have three decades of experience in the gaming industry, will share responsibilities over game development and company operations going forward.

The release claimed that both the leaders are committed to its employees and the work needed to ensure Blizzard is a safe and welcoming workplace for women and other underrepresented groups.

Departing President J. Allen Brack commented: “I am confident that Jen Oneal and Mike Ybarra will provide the leadership Blizzard needs to realize its full potential and will accelerate the pace of change.

“I anticipate they will do so with passion and enthusiasm and that they can be trusted to lead with the highest levels of integrity and commitment to the components of our culture that make Blizzard so special.

“Finally, thank you all for being a part of the Blizzard community, and for your passion and determination for safety and equality for all.”

Esports Insider says: Brack’s departure marks a high-profile personnel change for the company as it seeks to reform its image and persuade the public of its commitment to diversity and a safe working environment. The release says we will hear from Olean and Ybarra soon; it will be very interesting to see what they say.