You are here:
Home / Apex Legends community complains that season 7 battle pass is "too grindy"

Apex Legends season seven, Ascension, kicked off yesterday, introducing tons of new and refreshing content. But recent changes to the battle pass progression has caused a flood of complaints from the community.

A quick “battle pass” search on the Apex subreddit reveals numerous posts claiming the new system is “way too grindy,” “a terrible change,” and makes it “too hard to level up.” While Respawn’s intention was to make the battle pass progression more “streamlined and rewarding,” according to senior product manager Geoff Harrison, it may have missed the mark.

Fans argue that the change has made it far more difficult to progress through the battle pass at a reasonable pace. This is especially taxing on more casual players, who might opt to not purchase the pass at all this season. These changes also appear to contradict Respawn’s season two philosophy, which appealed to casual players with more “rapid” battle pass progression. 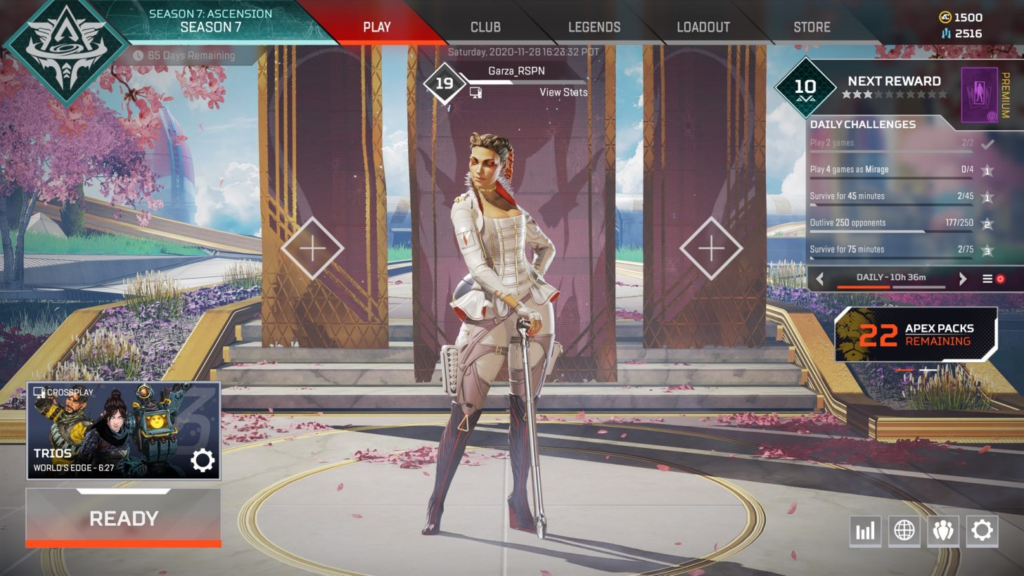 It’s possible that the complaints on Reddit are the grumblings of a vocal minority. But Respawn has addressed criticisms before, rectifying unpopular decisions to please the fan base. The season six armor changes made the battle royale’s time-to-kill far shorter, for example. Respawn listened to the community and quickly reverted those changes.

If widespread complaints continue, it’s possible that the battle pass changes could also be reverted.

Dot Esports has reached out to Respawn for comment.