You are here:
Home / A My Little Pony version of K/DA POP/STARS music video resurfaces

A fan-made My Little Pony version of the K/DA song, “POP/STARS” music video has resurfaced the internet, and fans can’t get enough of it. A YouTube content creator, “TheRedAceOfSpades,” has previously done various My Little Pony re-creations of popular music videos and viral content, eventually earning their POP/STARS video over 2.8 million views.

The creator described the project as an “amazing video,” intending to push Steam’s Source Filmmaker software to its limits. “I’ve tried my best to recreate it, through making props, costumes, lighting, animation, movements, and even cinematography.” Additionally, they shared that all the animation involved has been created by them, although the costumes were made by another person. Overall, the visual effects, textures, and timing of every scene are as close to the real music video as possible, impressing its millions of viewers. 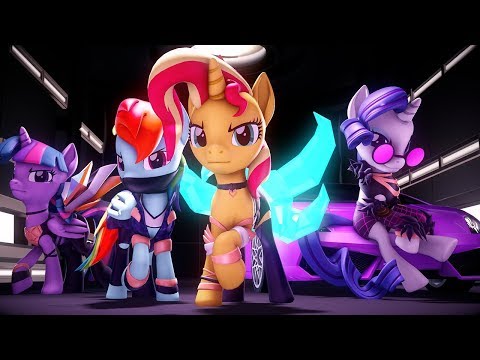 As close to the real thing as possible

To further enhance the experience, the creator uploaded a side by side comparison of the original K/DA video and the My Little Pony version. Viewers watched Rainbow Dash presented as Akali, Sunset Shimmer as Ahri, Twilight Sparkle as Kai’Sa, and Rarity as Evelyn. The comments under the video shared excitement over the mashup, complementing the use of colors, details, and more.

The creator also disclosed that they were unable to transfer difficult scenes from the original music video to this new version. SFM doesn’t support many of the effects used in the video, so they decided to scrap them and compensate in other creative ways.

This re-creation of K/DA’s top hit isn’t the only time fans have made their versions of its music video. Recently, Riot Games encouraged fans to share their K/DA cosplays, dance routines, and videos in an effort to further promote their upcoming album “All Out.” The League of Legends virtual pop group’s newest music video to their track “MORE” has garnered over 14 million views since its release on October 28.